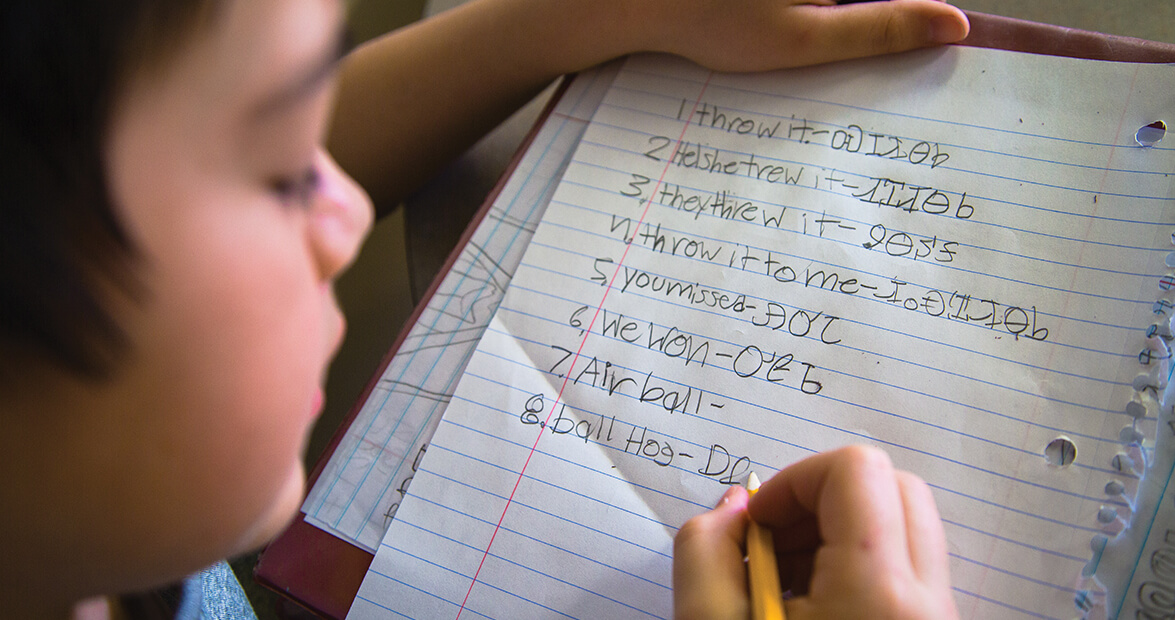 The sign inside the front door reads: “English stops here.” Outside, a group of young students plays a lively game of rock-paper-scissors, entirely in Cherokee.

The speaking of Cherokee at the Atse Kituwah Academy isn’t a one-day activity or a monthlong study unit. It is all-encompassing. Atse Kituwah’s mission is to ensure that this generation is not the last to speak Cherokee. So from kindergarten through eighth grade, the students are immersed daily in the language and culture of their ancestors.

Like all North Carolina school-children, Atse Kituwah students conduct science experiments, work math problems, and recite the Pledge of Allegiance. The only difference is that they do so in Cherokee. Here, teacher Rainy Brake says, students “walk in both worlds.”

In 2004, Atse Kituwah started in one room. Today, it occupies the 42,000-square-foot location of a former resort in the Yellow Hill community of the Qualla Boundary, home of the Eastern Band of Cherokee Indians. In January, the academy celebrated its first accreditation by the Southern Association of Colleges and Schools.

Atse Kituwah students learn the story of Sequoyah, a silversmith who, in 1821, introduced to the Cherokee people his syllabary, a writing system in which symbols represent syllables. The syllabary made it possible to read and write what had been only a spoken language. Seven years later, the Cherokee Phoenix newspaper began publication. Soon, the Cherokee literacy rate surpassed that of neighboring European-Americans.

But from the late 19th century until the middle of the 20th, in boarding schools run by religious organizations and the federal government, speaking Cherokee was a punishable offense. Banning the language was a means to handle what government officials often called “the Indian problem,” by forcibly assimilating Native American children to the dominant Euro-American culture.

Unfortunately, their strategy was effective. There was a time when every member of the Eastern Band spoke the Cherokee language. Now, of the Eastern Band’s 14,000 members, 200 or fewer speak Cherokee as their first language, many of them older than 50. 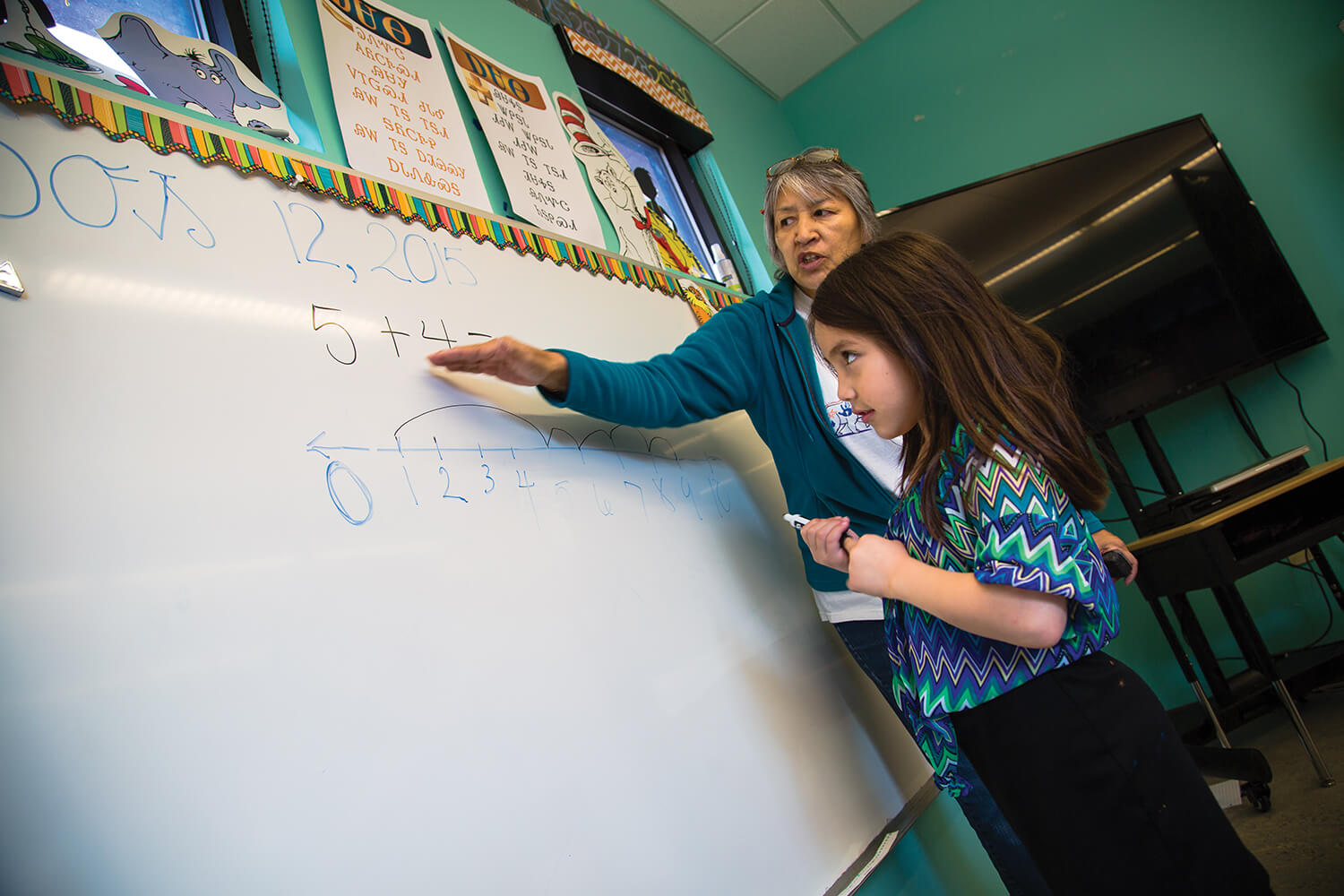 “Cherokee is a severely endangered language,” says Hartwell Francis, director of the Cherokee Language Program at Western Carolina University. “If the Atse Kituwah experiment doesn’t work, there won’t be any Cherokee speakers in the next 20 years. This would go from revitalization project to  salvage project.”

In First Language — The Race to Save Cherokee, a 2014 documentary produced by the North Carolina Language and Life Project, WCU Cherokee Language Program Coordinator Thomas Belt explains, “This is what is so critical and so important to our identity and our future as a people, to continue on making the same sound that was given to us by the Creator, our language.”

Cherokee may be an ancient language, but the way it’s being taught in North Carolina is about as modern as it gets. “Every student has access to an iPad and a laptop,” Principal Kylie Crowe Shuler says. “There are Smart Boards in every classroom. The children record themselves reading Cherokee at home.”

Technology hasn’t replaced books and posters, which are made in the school’s curriculum department, illustrated by local artists, and printed locally.

Faculty members admit that teaching Cherokee is difficult. It’s a language without cognates, meaning that no words have recognizable roots from any well-known tongue. One Cherokee word may function as a noun, an adverb, or an adjective, depending on how it’s pronounced. But students are more than willing to put forth extra effort. As one proud Atse Kituwah student says, “A lot of people think it’s just a language. But if you’re Cherokee, it’s your home.”

Duyugodvi is a Cherokee expression that Atse Kituwah faculty use to describe one of the cornerstones of the school. It’s a powerful word, they say, one that can’t be accurately translated. But its essence, “the right path,” is present every day in these North Carolina classrooms.