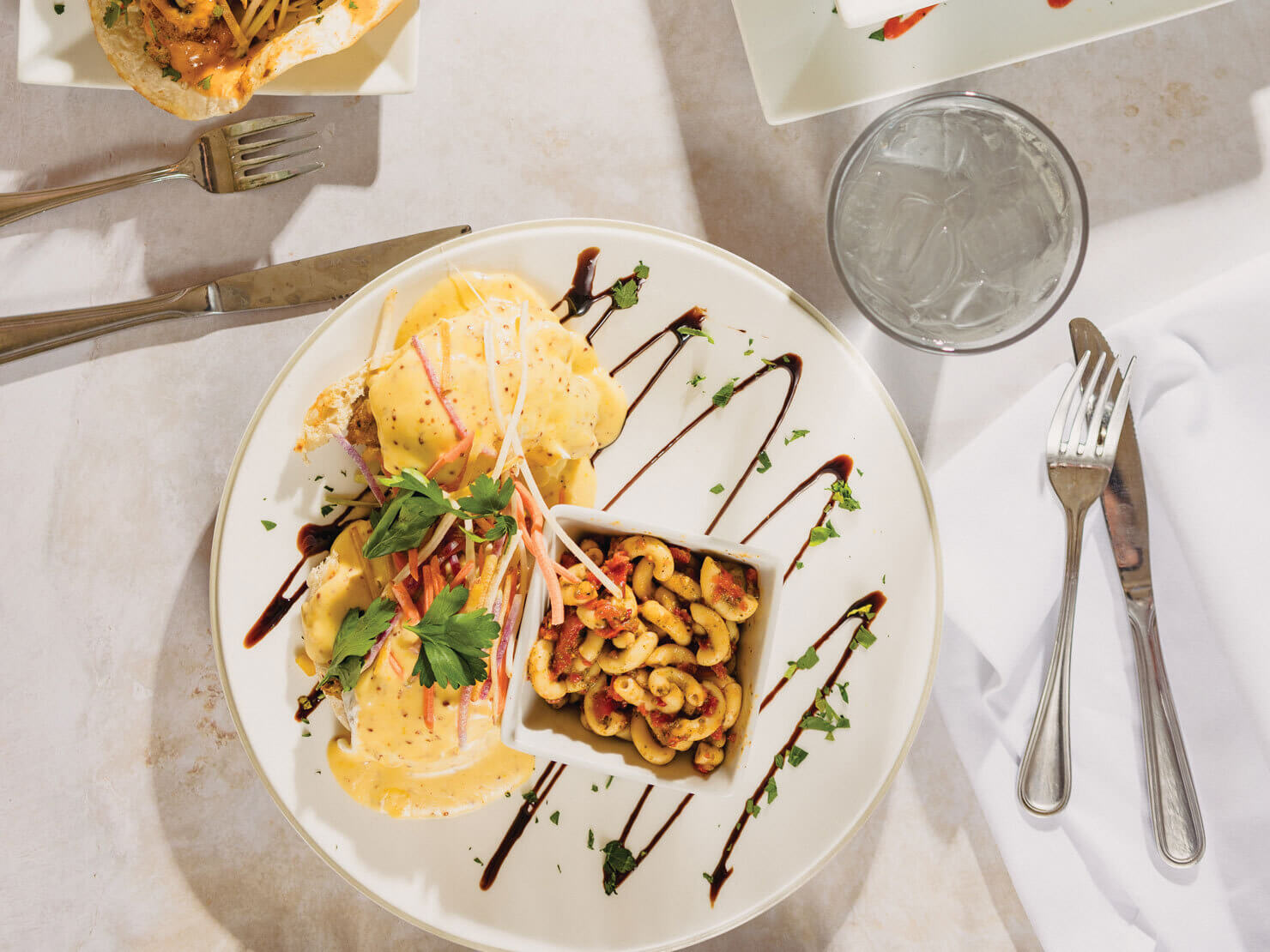 Less than a block away from Belhaven’s marina, Spoon River has great access to fresh seafood, no doubt, but there are other ways the restaurant ensures that its food is locally sourced. 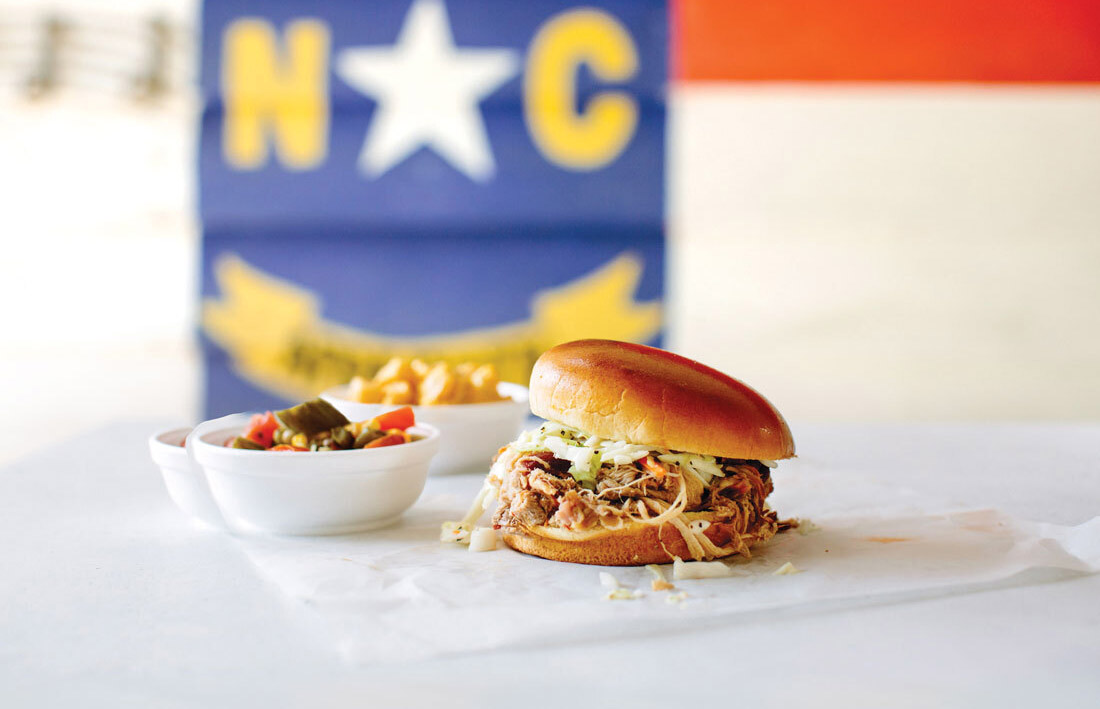 Head north up the coast, and you’ll find Southern Smoke BBQ — a husband-and-wife run restaurant and catering company. Matthew and Jessica Register founded the spot in 2010, and their passion for quality ingredients and love for the outdoors inspired their farm-to-table concept. “I grew up eating vegetables that you grow in the summertime, and growing your own produce, and I think a lot of restaurants have gotten away from that,” Matthew says. “When we opened up, that was one of my biggest things: I wanted to buy as much as I possibly could from our local farmers.”

Southern Smoke BBQ is open on Thursday, Friday, and Saturday, but if you’re going for lunch, you’d better get there quick: The restaurant opens at 11:30 a.m., and closes when they sell out. 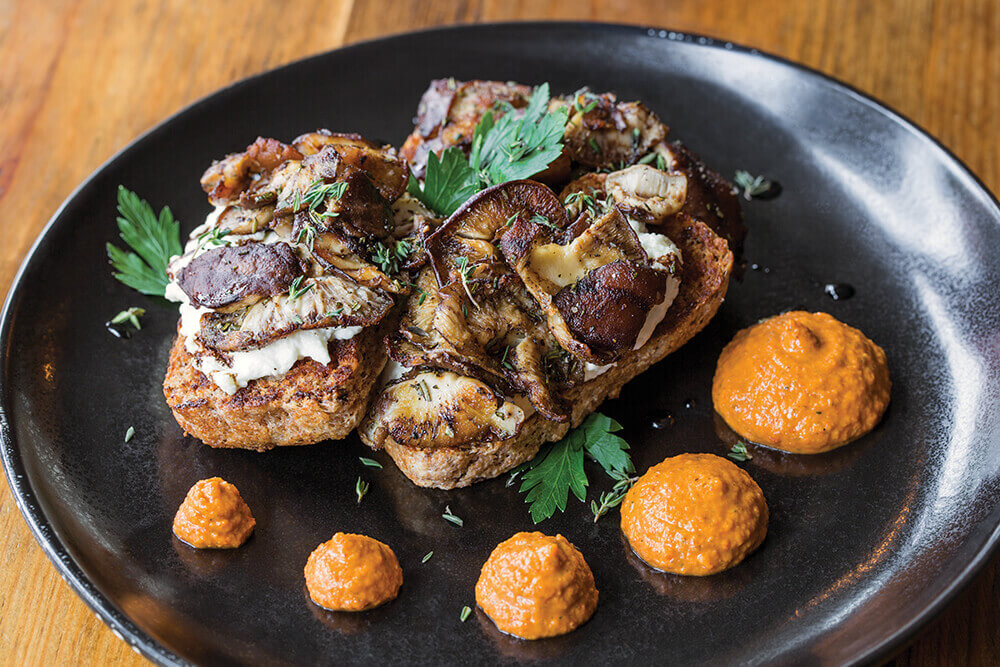 The Hen & The Hog — Halifax

The Hen & The Hog is a farm-to-table restaurant in Halifax that specializes in edgy Southern comfort food. The menu is completely dependent on the season, and frequently changes to feature fresh ingredients in unique ways.

The Colington Café’s prime coastal location allows it to be not only farm-to-table, but also boat-to-table, sourcing crabs from nearby Lake Mattamuskeet and shrimp and scallops from the Atlantic Ocean. 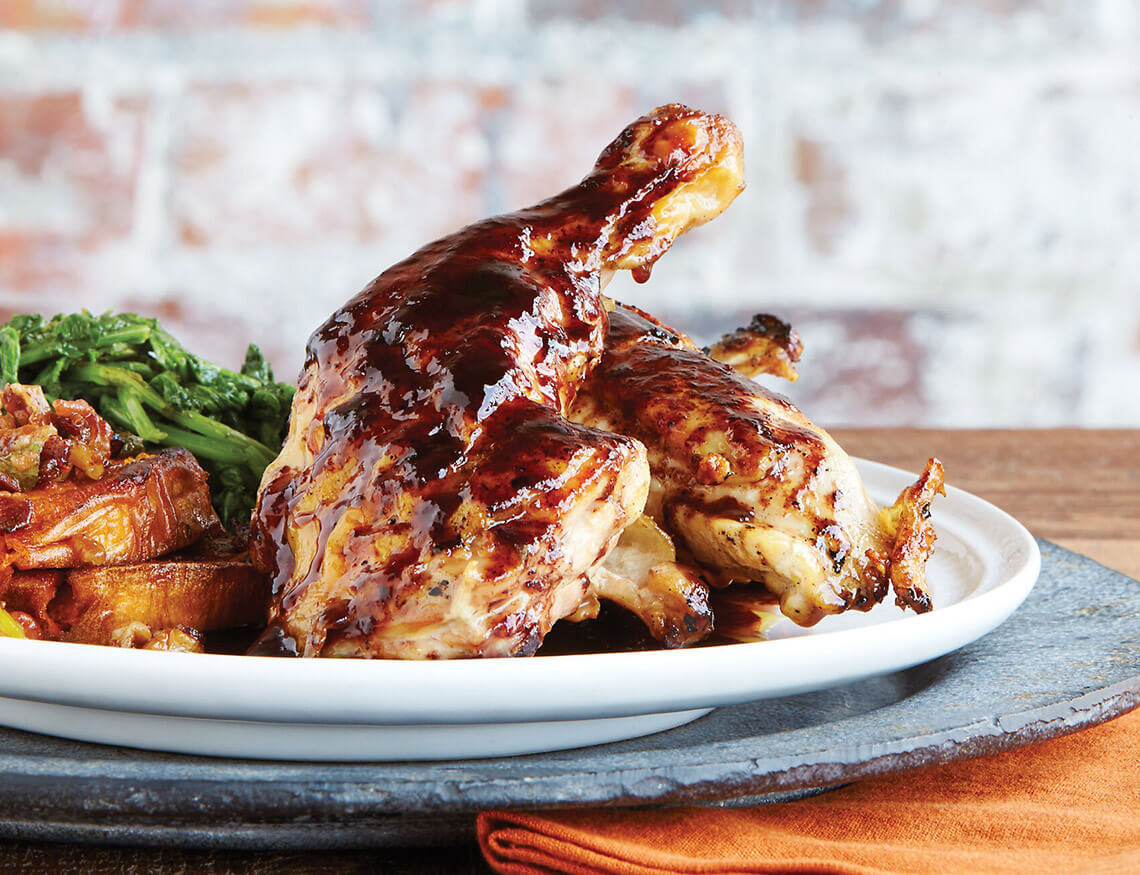 To chef Vivian Howard and manager Ben Knight of Chef & the Farmer, having a farm-to-table restaurant means to first build a community. It’s only then that all the details will come naturally.
Note: Chef and the Farmer is temporarily closed, as they refresh the restaurant’s menu and vision. 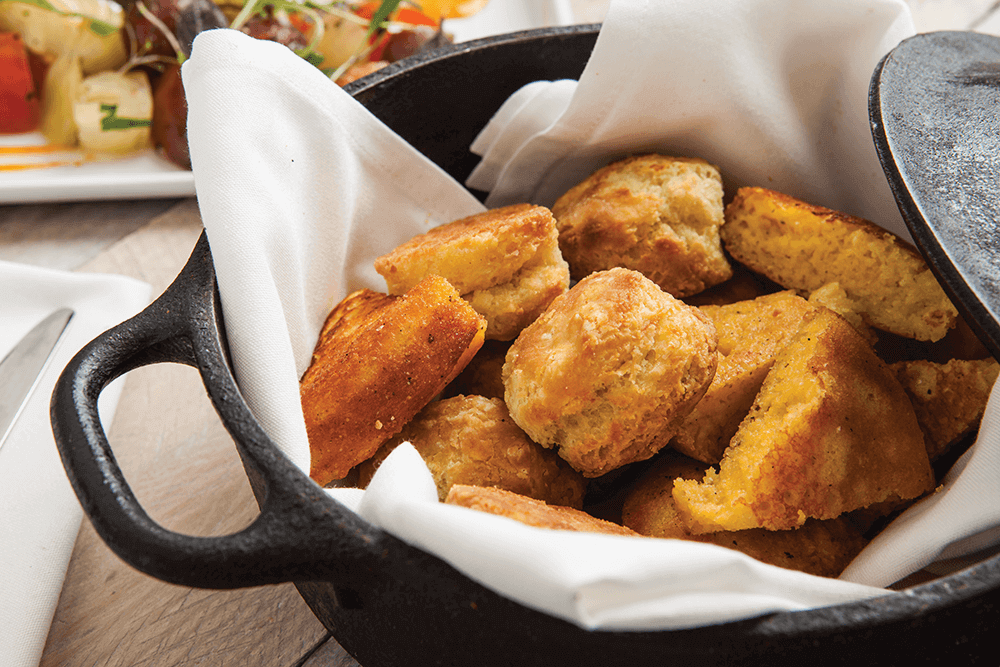 James Doss runs Rx with his partners, Josh Novicki and Charlie Wray. The three also own Pembroke’s, which focuses on the same local ingredients and painstaking preparation.
Note: Rx is temporarily closed for renovation. 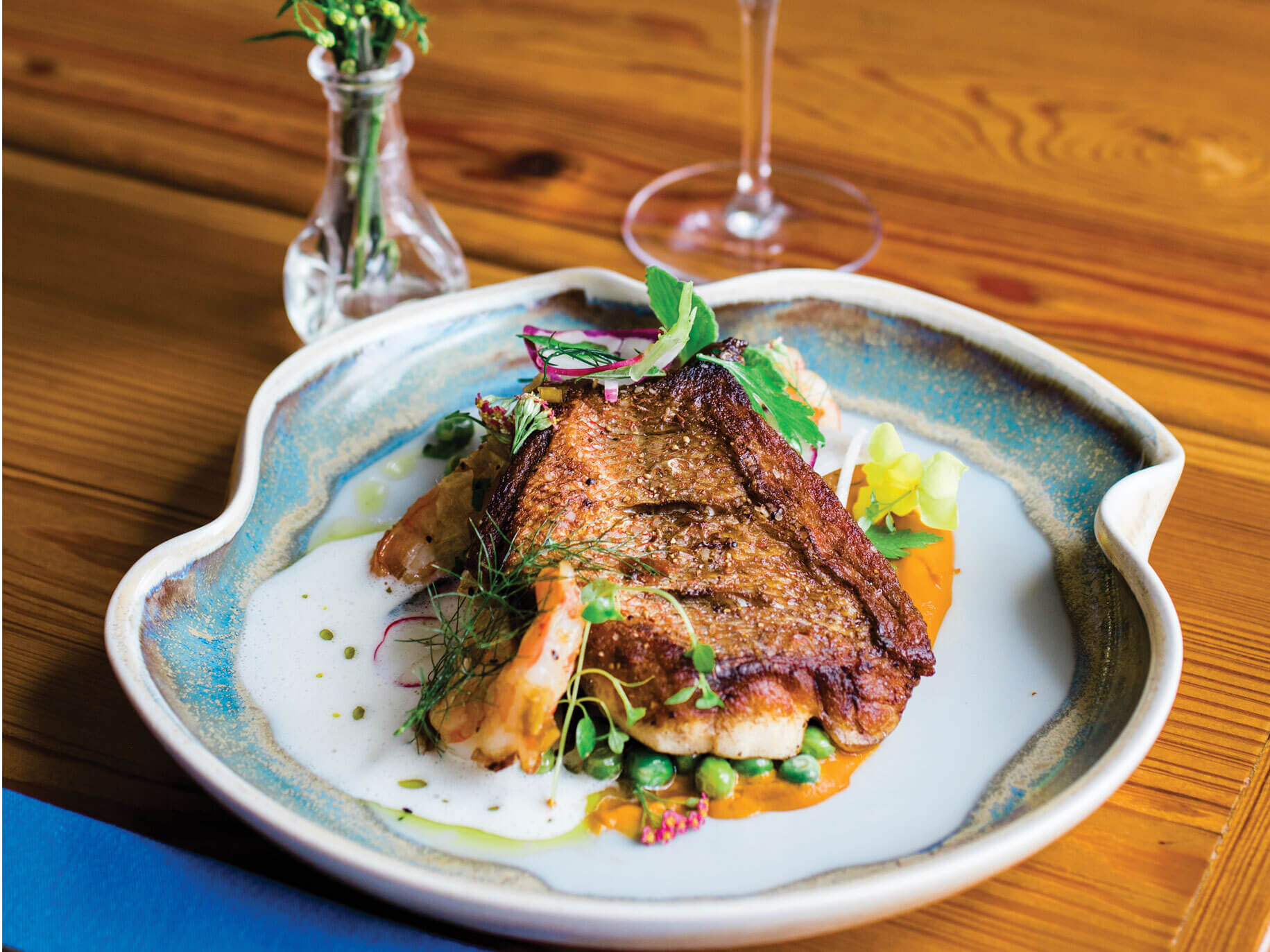 Chef Jacob Carey stocks his menu, which changes daily, with as many speared fish as he can get his hands on. They’re hauled back to land by local divers, who fin down to the reefs, ledges, and shipwrecks beyond the port city to pick off prized grouper, triggerfish, and more. When they see spiny lobsters (the Maine lobster’s warm-water relation) ambling along the seafloor, they pluck those up, too, and bring them to Carey. He broils the tails or stuffs the sweet meat into homemade ravioli or stirs the tender chunks into sherry-enriched chowder. 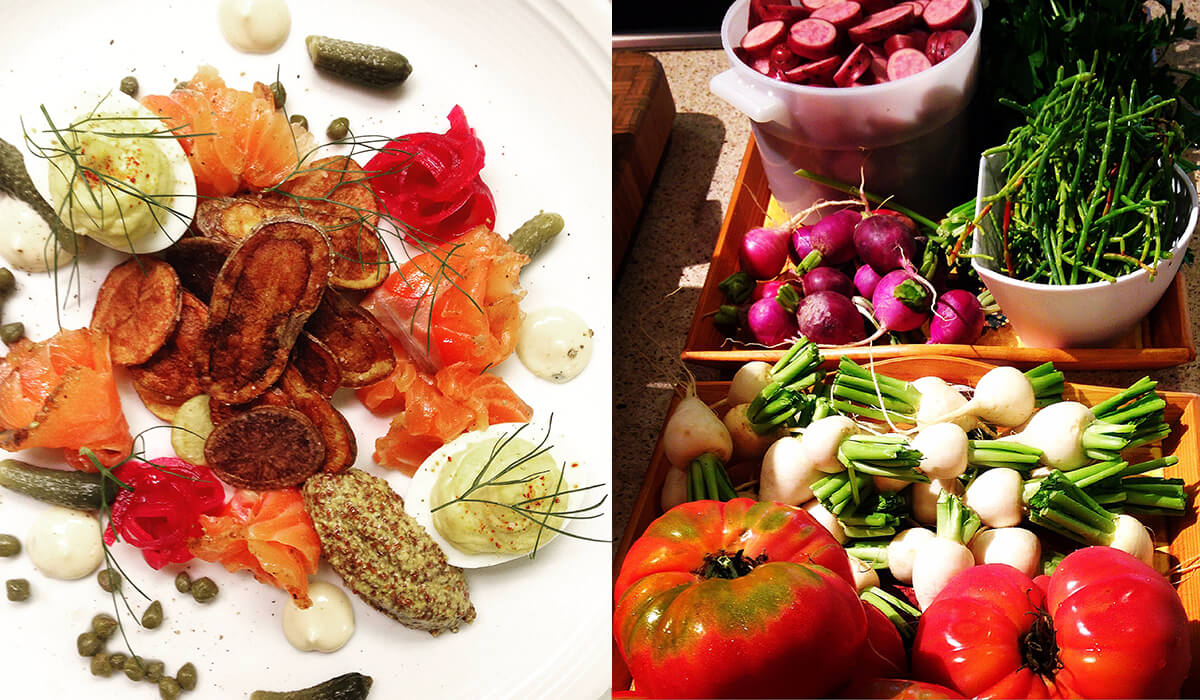 The head chef and owner of Catch, Keith Rhodes, is somewhat of a celebrity in North Carolina and beyond, having been a contestant on the TV show Top Chef and a 2011 James Beard Award Semifinalist for best chef in the Southeast. But in Wilmington, Rhodes keeps it local. He and his team reinforce their roots in the community by supporting farmers in their area. “The idea of using local farmers first and big box purveyors last was our initial ideology and deeply resonates with myself and team,” Rhodes says. “We knew we would have to work together as a community to highlight our farmers best offerings to create a thriving, conscious vision for future generations.”

On The Square — Tarboro

After honing their world-class culinary talents in New York City, Stephen and Inez Ribustello brought them to eastern North Carolina, where Inez’s family has lived for generations.