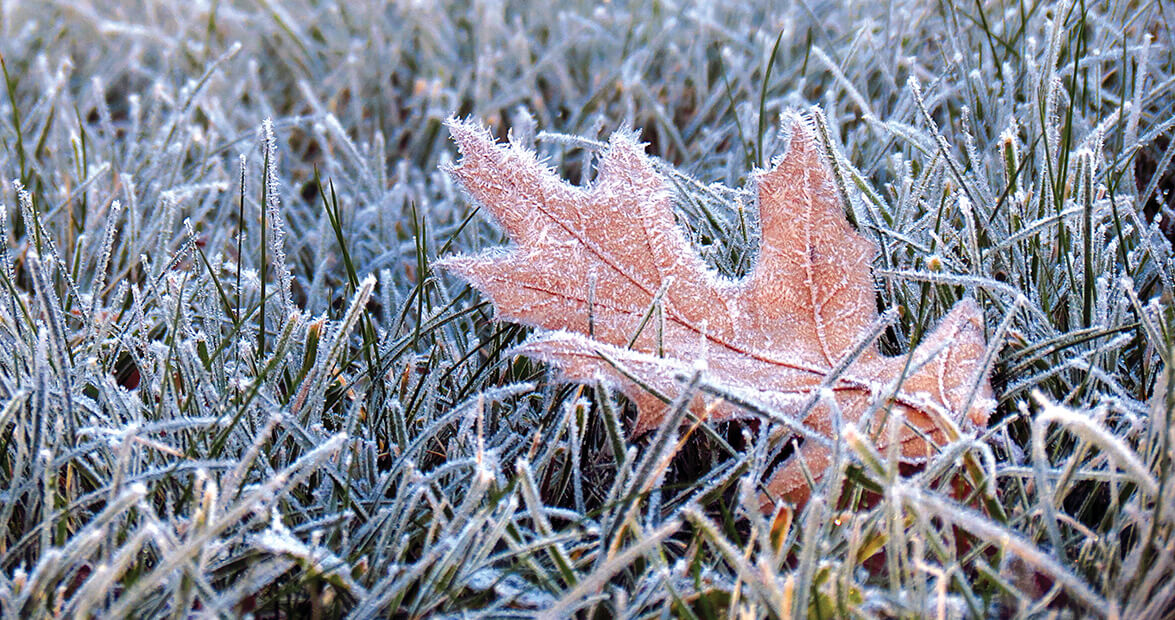 It slips up on us when we’re not looking, when we haven’t yet fully embraced the cold reality of oncoming winter, when we’re asleep and still dreaming of the glory of an Indian summer day. Fog comes on little cat feet, as Carl Sandburg observed, and it departs the same way, leaving scant evidence of its passing. But the first frost of autumn arrives in long sleeves and a fleece jacket, and changes everything.

Time to dig out the window scraper. Time to chop some wood.

And while we lament the last of the silver queen corn and meadowlarks singing from the fence posts, the first frost brings a fuller, more mature appreciation of a new, unfolding season. Frost might kill the last of the tomatoes, but it sweetens the collards and persimmons. It lets us know that the snow geese are on their way. Cold weather’s coming, that first frost says, and you need not pout, for with it come the blues off Cape Lookout’s beaches and pintail ducks settling into Mattamuskeet marshes and the carnival colors of a breeding brook trout. Like a deep breath of sharp fall morning air, the first frost whets our senses for the glories of a world about to reap the harvest of May showers and blistering summer afternoons.

It isn’t frozen dew. Frost is, at once, more scientifically complex and more mysterious than that. In fact, frost skips the whole middle section of the gas-liquid-solid cycle, as water vapor in the air turns directly from water vapor to ice, on surfaces that have cooled below the freezing point. Most always, the first frost falls on a clear night, a still night with scant winds to mix the air. The earth’s warmth rises towards the stars, and the temperature plummets. Close to the ground, cold air pools and collects. Water vapor in the air grips whatever surface it can find, and, molecule by molecule, the ice seeds and grows.

These first frosts might be a light covering of tiny ice crystals, or they could be hoarfrosts, dendritic stalks like the white beard of an old man. Wind frost can form in a cold, wet breeze, as ice crystals grow like teeth into the oncoming wind. Feather frost is layered like phyllo dough. It’s rare, but I’ve seen it along trail edges in high mountains, and on wet fallen logs, where the ice is pushed out of pores in the wood. Rime ice isn’t frost at all, since it forms when water droplets in fog freeze fast to whatever they can find — ship’s rigging, tree branches, utility wires. And there are sun crystals, but they come later in the season, after the first frost is a memory covered over by the first snow. When a cold night follows a warm day, water evaporates from within the snowbank, then freezes on the surface. The snow glistens and sparkles from a blanket of tiny crystal facets before the warming sun steals them away.

These are the patient and tireless players in frost’s unseen drama, the clergy of a “secret ministry of frost,” in the words of Samuel Taylor Coleridge. He was writing of the fleeting nature of childhood innocence, and of his own desire that his sleeping child would grow up immersed in nature. The first frost of autumn reminds us that each season bears its own ephemeral gifts, and that we will miss them if we’re too busy checking email. We fall to sleep under starry skies, and wake to a world bejeweled, as if the constellations froze in the heavens and fell into the backyard. Blades of grass, cattail fronds, spider webs, stones, twigs, the tracks of deer, the last of the blackberry leaves — each and all fringed with ice, a billion facets glittering with sun-fire. We think of woodsmoke and wool shirts. We put away the swim trunks and river sandals, brace ourselves, and turn the page.