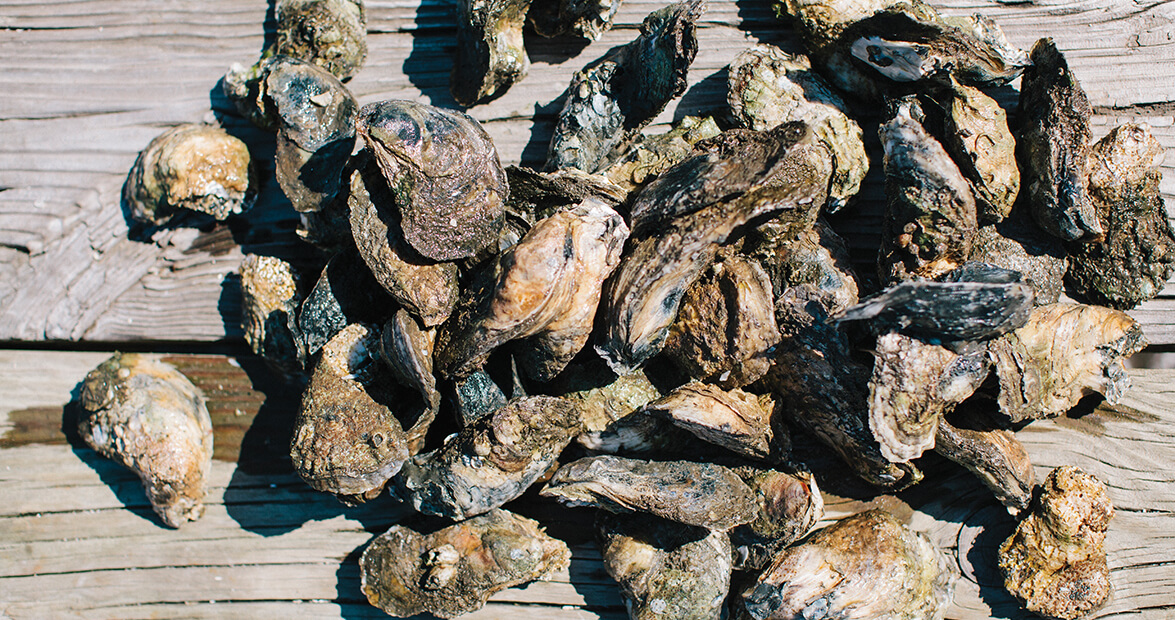 As wars go, it was a minor affair, pitting a few hundred off-islanders against a small, determined band of about 40 Ocracokers. But the stakes were as high as they get: control of precious watery territory, defense of a community’s livelihood, and the preservation of an endangered fishery.

It began with a government survey, quickly escalated into piracy and an attempted murder in broad daylight on the streets of New Bern — and ended as a footnote in history, most recently recorded in the Ocracoke Island Journal.

The pirates came for the oysters — specifically the crisp and briny eastern oyster, Crassostrea virginica.

Long before the agents of Sir Walter Raleigh discovered the island they called Wokokon — which we know as Ocracoke — the Hatteras and Woccon tribes feasted on the meaty oysters from Pamlico Sound and left behind sizable shell mounds. Following the Civil War, as the fisheries recovered, Ocracokers harvested increasing numbers of oysters using scissorlike instruments with wooden handles. These they operated from flat-bottom boats in shallow water.

An islander could license an oyster bed of up to 10 acres, at 25 cents an acre, for his family’s sole use, with the caveat that no natural oyster “rock” could be enclosed. The oystermen nurtured their beds by seeding and selective harvesting, ensuring that a bed would yield plenty of oysters for generations. Ocracokers harvested oysters from January until April, trading them on the mainland, though there was no legally closed season.

By contrast, up north on Chesapeake Bay, watermen had developed tongs with iron heads, and worse, the dredge, a bucket hauled by a boat and dragged along the bottom. Dredging scoured the bottom, destroying the oyster habitat.

Enter the surveyor, U.S. Navy Lt. Francis Winslow Jr., who’d recently mapped Tangier Sound on Chesapeake Bay and warned the watermen that they were destroying the fishery. The NC Board of Agriculture commissioned him to survey the oyster grounds of Pamlico Sound in order to promote the industry. 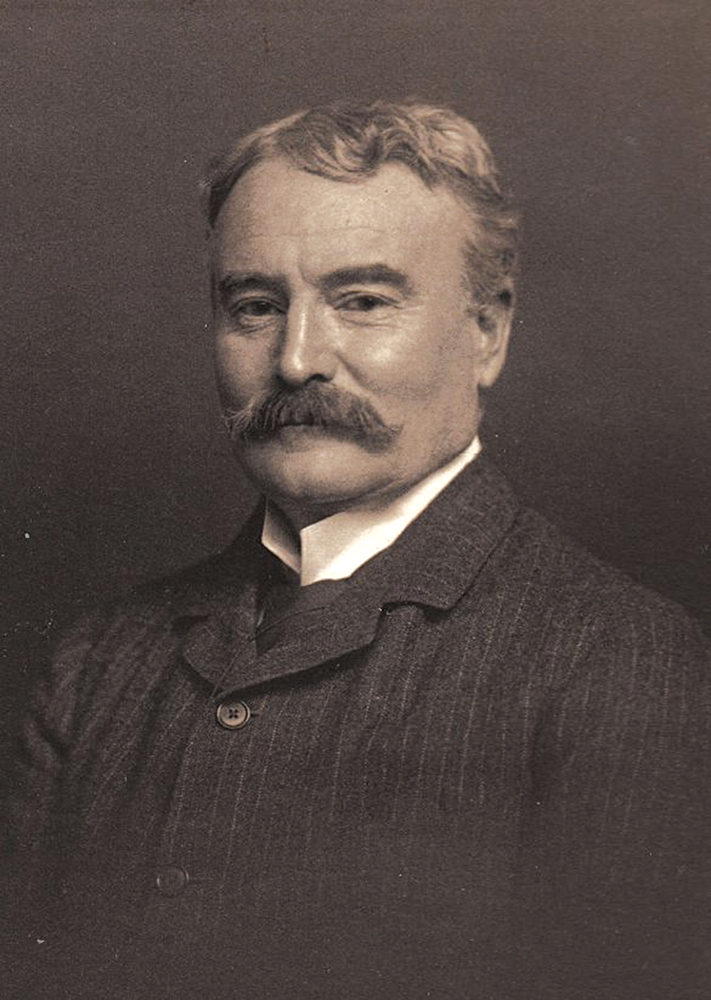 In 1887, U.S. Navy Lt. Francis Winslow Jr. mapped Ocracoke’s oyster beds. He published his report in the 1889 Bulletin No. 10 of the United States Coast and Geodetic Survey. photograph by NOAA Central Library

Winslow mapped more than 500,000 acres of Pamlico Sound and other waters. Meantime, the legislature granted dredging rights to nonresident oystermen in bottoms deeper than eight feet. Many locals blamed Winslow for the opening of their beds to outsiders.

Purportedly, the oysters were intended to seed new beds, but before long, Winslow stood accused of selling them off to dealers for a hefty profit. Worse, a fleet of oyster sloops soon descended on Pamlico Sound from the played-out waters of Maryland and Virginia — and the watermen aboard them paid no attention to private licensed beds or depth of water.

In 1887, Pamlico Sound yielded about 100,000 bushels of oysters. In the 1890 season, that number jumped to more than 2.5 million bushels — of which 1.8 million went to Virginia or Maryland dredgers.

Pamlico Oyster Company had been buying oysters at 5 cents a tub from the Ocracokers. Virginia companies were paying 8 cents a tub — to anybody, including pirates. So Winslow hired cheap labor from Core Sound to avoid paying the premium.

Winslow — forewarned that locals would defend their oyster beds with guns — showed up on an oyster schooner in January 1890 and touched off the war. As reported in The Wilmington Messenger on February 5: “Ocracoke Island is in arms. Lieutenant Winslow and his negro oyster men have been driven from the waters before the muzzle of shot guns.”

Winslow mapped more than 500,000 acres of Pamlico Sound and other waters.

By the end of January, the Ocracokers sought help from Gov. Daniel Fowle with a petition claiming that Winslow “landed on our island a band of negroes to work OUR beds which OUR fathers, OUR grandfathers, and OURSELVES have ALWAYS looked to for support.”

Winslow, too, petitioned for protection from the Ocracokers, and the whole affair wound up in court, with Winslow and the Ocracokers all pleading self-defense. Sworn testimony revealed that of the five islanders, three had been armed. Winslow had brandished a pistol, and one of his men, a shotgun.

The jury deliberated through the night and acquitted the Ocracokers.

But the fleet of about 300 dredges — crewed by pirates armed (at least according to rumor) with Winchester carbines and a 36-pounder cannon — still threatened to scour the Pamlico bottom till it was barren of any oysters at all.

And there was enough corruption to inflame tempers. Jones Spencer, an oyster patrolman from Hyde County, had vilified the character of J.C. Thomas, a patrolman out of Coinjock, in the pages of The Washington Gazette. Spencer accused Thomas of taking bribes from oyster pirates. When the two patrolmen met on the street, the Elizabeth City Economist reported on May 6, 1890, “Spencer pulled out a pistol and told Thomas he would shoot him if he came nearer. Thomas continued to advance when Spencer fired and a ball struck his abdomen and lodged in his hip.”

The legislature at last outlawed oyster fishing over public bottoms using “any drag, scrape, dredge, patent tongs, or other instrument, except hand tongs” on penalty of fines and up to one year in prison, but the local sheriffs and oyster patrolmen had little success enforcing the ban. Cities like New Bern and Elizabeth City experienced a boom as oyster canneries opened along their waterfronts and employed hundreds. Newspapers and civic groups clamored for more dredging — not less. 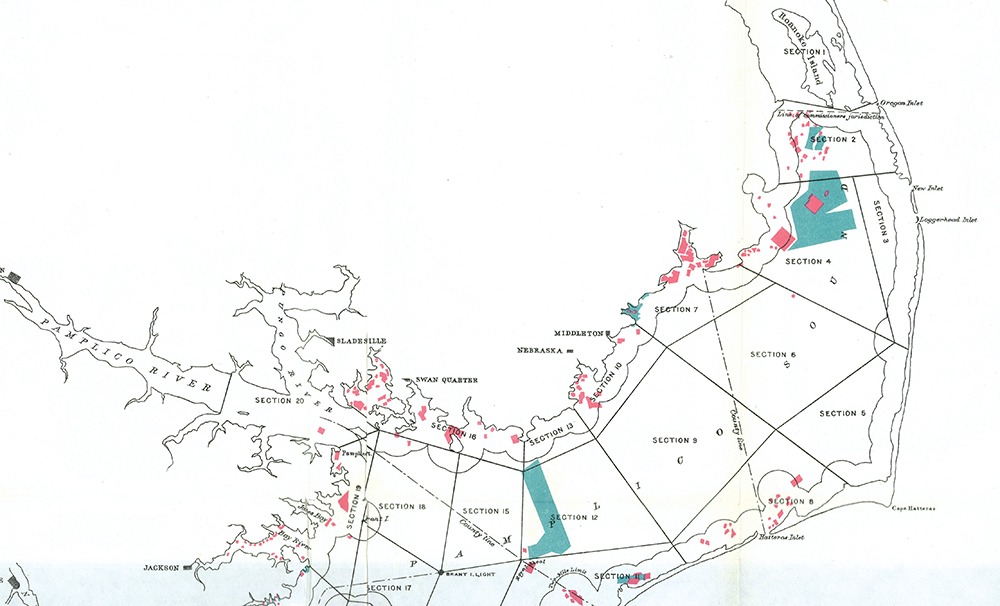 Authorized by the legislature “to employ so much military or other power of the State as may be necessary to carry out the intention of the act,” the governor sent the armed state patrol boat Vesper manned by the State Guard — the Pasquotank Rifles. He appealed to the federal government to loan a cannon for the vessel, but the Secretary of War responded that North Carolina’s credit was not reliable enough, and declined. Neither would South Carolina help. Finally, Governor Fowle scared up a howitzer from Virginia; inside a week, Vesper chased the oyster pirates out of Pamlico Sound. A second boat, the Nellie B. Dey, then took over the patrol and impounded just one vessel, the schooner Sailor’s Return, and the Ocracokers had their oyster gardens back.

Or so they thought. Agents for large companies, including one owned by Winslow and a partner, bought up licenses. Out-of-state companies still threatened the local oyster business.

In 1892, the North Carolina Oyster Convention reiterated its opposition to dredging and pushed for legislation outlawing any right of nonresidents to take oysters from North Carolina grounds. At last, things settled down. The oyster beds were safe from marauding dredges. And what of Winslow? Having moved on to a new scheme — building a transcontinental canal across Nicaragua — he disappeared from the scene.