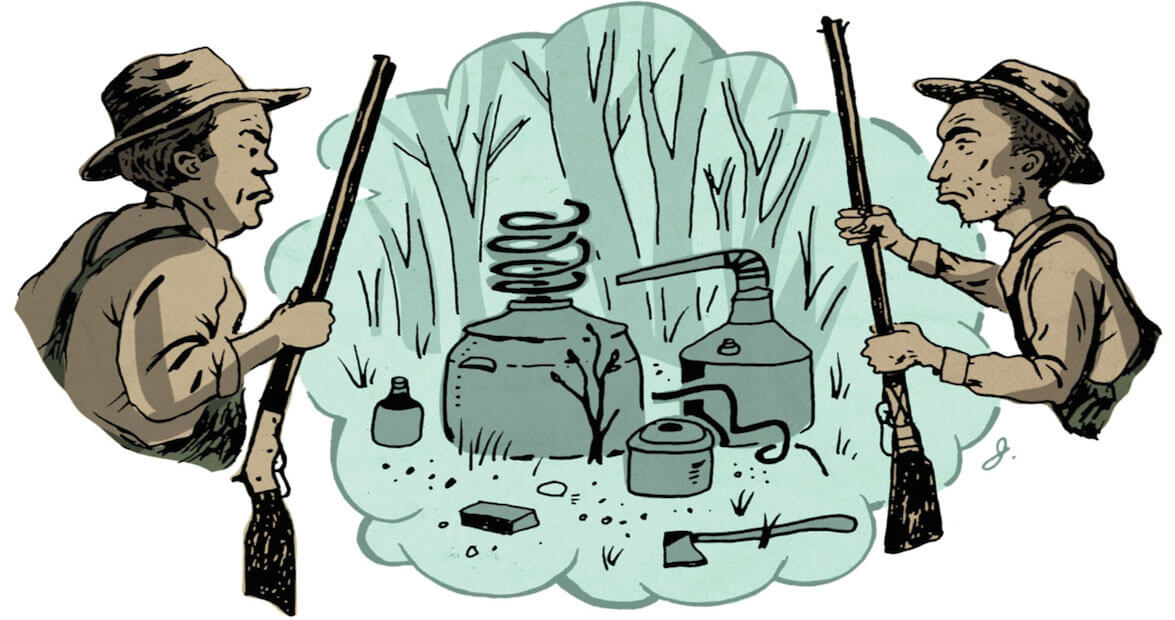 At first, the trial was, as murder cases go, pretty straightforward. William Hall and Andrew Bryson were friends in their early 20s who lived near each other in the mountains north of Murphy. When the moonshine still that the two of them used went missing, they blamed each other. Then Hall, accompanied by a friend, John Dockery, hunted down Bryson. And on a warm summer day in July 1892, way up on a ridge, they confronted each other. Hall raised his Winchester rifle and shot Bryson dead.

Hall and Dockery found themselves some good lawyers who brought up an interesting point. The ridge, it turned out, formed the state line between North Carolina and Tennessee. The border was clearly marked by trees with chop marks in them: Footprints and the position of the body showed that Hall had been standing in North Carolina when he fired the shot, and Bryson was in Tennessee when he was hit by the bullet. The crime happened in Tennessee, Hall’s lawyers argued, which meant that Hall could not be convicted of murder in North Carolina. But the judge and jury in Murphy didn’t buy it, and Hall and Dockery were sentenced to hang. The North Carolina Supreme Court, however, saw things Hall’s way, and unanimously threw out his conviction.

The same day Hall and Dockery were released from jail, in May 1894, they were re-arrested and set to be extradited to Tennessee, where officials were more than happy to charge them with murder. But the defense made a new argument: The men couldn’t be fugitives from the law in Tennessee because they hadn’t been there during or after the crime. How can you flee from a state you haven’t been to?

This time, the North Carolina Supreme Court was divided. One justice worried that the case would turn the borderlands into a “no-man’s land” where laws didn’t apply. (Curiously, dueling gentlemen had already been using this loophole, respectably firing pistols at each other across state lines after North Carolina outlawed dueling in 1802.) But in December 1894, by a 3-2 decision, the court agreed with Hall and Dockery. If you want a law banning shootouts like this, pass one, the justices said. Three months later, North Carolina’s lawmakers did.

Still, the case proved to be a popular one among criminals elsewhere, who plotted or perpetrated crimes across state lines. It wasn’t until 1926, when concerned lawmen drew up what’s called the Uniform Criminal Extradition Act, that Hall and Dockery’s I’m-Not-A-Fugitive trick became explicitly illegal. The law was first passed in North Carolina in the 1930s, and gradually made its way to every other state.

And what of the missing moonshine still? Turns out, it was never missing at all. Hall and Bryson had stolen it from a local farmer, and when that farmer found it in Bryson’s barn, he took it back. Bryson’s father, it seems, forgot to tell his son. 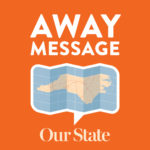 Listen to the Away Message Podcast: How to Get Away with Murder (In 1892)