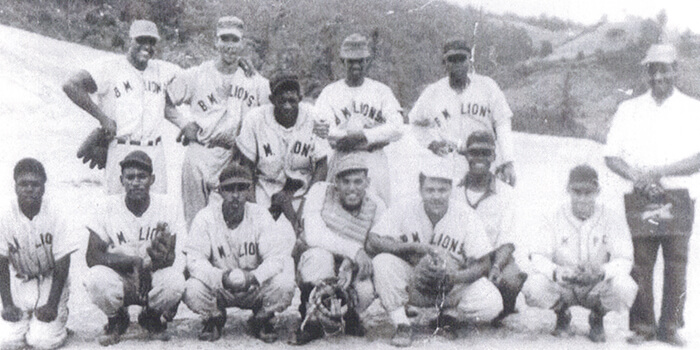 The Rev. Ronda David Horton, born in 1895, lived on “The Hill” in Boone before most of the streets there had names. There was a Main Street and Back Street and the Lane, and a dozen or more dirt roads that would take years to acquire actual identities. Horton, who died in 1986, recalled his childhood home in a March 1973 interview, now part of the W.L. Eury Appalachian Collection at Appalachian State University (ASU). The neighborhood he described is called Junaluska, and his memories are some of the earliest on record of day-to-day life there.

Tucked below and around the base of a mountain, Junaluska is marked by sloping lots and steep ridges. Towering oak, beech, sourwood, and sassafras trees embrace the landscape at every angle.

Long before Junaluska had a name, it had an identity. Known to its residents as “The Hill” and “The Mountain” (depending on how high up you lived), the families who have called this corner of Appalachia their own have done so as far back as the Civil War and, likely, well before then.

And for all that time, Junaluska has belonged to the black people. 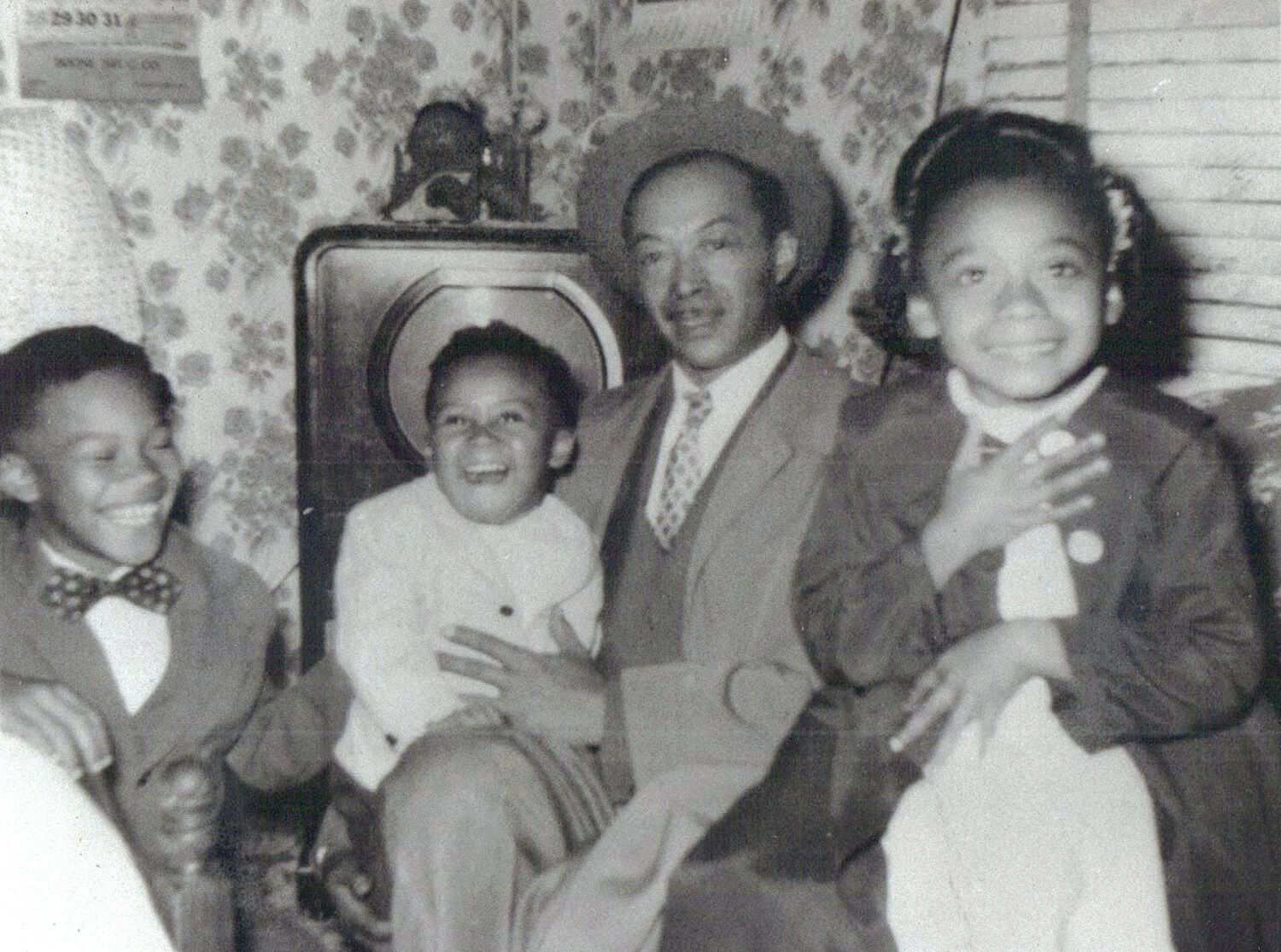 Today, Junaluska is a modest neighborhood, home to both blacks and whites, just beyond the campus of ASU. Houses stand among mountain laurel and rhododendron, which pepper the steep terrain along with squash vines and beds of leafy greens that spill out of the woods in wild gardens.

What’s so remarkable about Junaluska isn’t just its history; it’s that many of the modern-day families who live there are descendants of the same families who were among the community’s earliest residents. And these families are believed to have roots longer and deeper than any other ongoing, historically African-American community in western North Carolina.

Working with historians and preservationists from ASU, among others, these residents are piecing together the untold story of North Carolina’s African-American Appalachian residents, or Affrilachians, as they’re called by some.

“People still consider this home, even those who have moved away,” says Sandra Hagler, a longtime resident who is active in the Junaluska Heritage Association. She’s now among those who are working to research the history and maintain the integrity of the community and its structures. 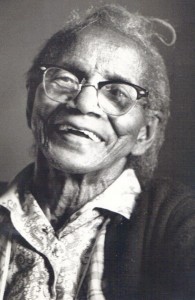 A century and a half ago, small communities of free and enslaved blacks weren’t that uncommon in western North Carolina. Unlike those near the coast, mountain blacks generally didn’t work plantations; they served as miners and mercantile workers and in other non-agricultural trades, according to “Mountain Blacks: Race, Religion, and Community. The Demolition of a Black Church” by Susan E. Keefe and Jodie D. Manross. As a result, Keefe writes, many black families who have been interviewed over the years don’t view their ancestors as “true slaves.” What they do recognize, however, is that although life in Appalachia was hard for everyone, it was exponentially harder on blacks.

Despite this historical invisibility, black families were very much a part of the fabric of life in Appalachia, and in Boone, Junaluska was the center of that activity.

Early census documents show that Watauga County was home to enslaved and free blacks in the mid-19th century, although they were likely there long before that. There were 129 slaves and 29 free blacks in 1850. The largest slave owner, Jordan Councill, had a store in the county, around which the town of Boone grew; next to downtown, the neighborhood that would eventually become Junaluska was formed.

A decade later, after Abraham Lincoln was elected in 1860, the census showed the county was home to 81 “free blacks.” Following the Civil War and the Emancipation Proclamation, slavery continued to decline, and the number of free blacks continued to rise. By 1870, there were 106 blacks in Boone and 210 in the county.

As the population grew and changed, so did the life in town. Toward the close of the 19th century, black and white children attended school separately, and log structures were built to house them. The schoolhouse chimneys were built “to the hip” of rocks and finished with timber and mud. Older students and teachers would sometimes have to halt class to climb to the roof of a schoolhouse to extinguish a chimney fire.

In the late 1880s, Watauga County was home to three of these early schoolhouses created to serve “Negro” students. Students sat in seats made of rough-hewn logs, wrote on slates with slate pencils, and studied Webster’s Blue Back Speller. Teachers sat at desks that were little more than boxes. 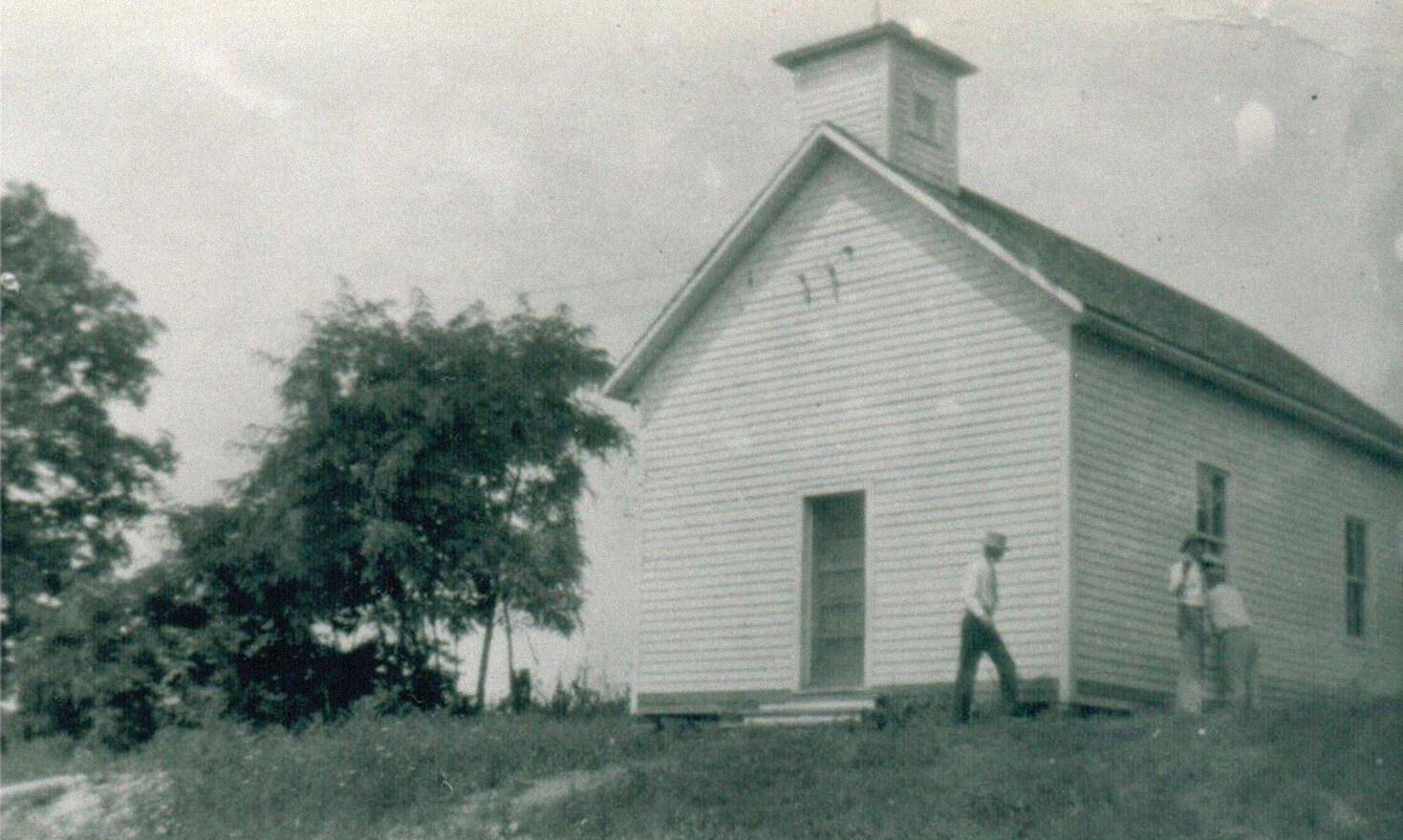 Horton was born, serendipitously perhaps, about the same time the first black church was built in Junaluska: Boone Methodist Chapel. It was built on land made available for purchase by the Councill family, the same family that, a few decades earlier, had been the largest slave owner in Watauga County.

It would be another 24 years before the church that Horton would pastor, Boone Mennonite Brethren, was built, but both the Methodist chapel and the Mennonite church operated for years as centers for the black community. This continued as Junaluska grew and even thrived through the 1930s, ’40s, and ’50s.

The home Horton grew up in was like most in Junaluska: a one-room structure, where his family of five cooked, ate, and slept together. A fireplace vented by a rock chimney provided heat, and was also where his mother did all the cooking. Eventually his family bought a “skellet,” a secondhand, three-legged stove that was big enough to bake bread in, and it was a luxury — “the grandest thing” that ever was, Horton recalled.

“I’ve wondered in these later years how we lived,” he said in his Eury Collection interview. “I wouldn’t be able to live that way today. I’d get cold and freeze to death.”

As the years wore on, grocery stores, a barbershop, a club for teens, a boardinghouse, and a social club called The Chocolate Bar were among the businesses that served Junaluska.

And all that time, as throughout the South, life was segregated. Whites and blacks went to different schools, shopped in different stores, and didn’t socialize with one another. The one exception was church: Occasionally, white families would attend the mainly black Mennonite church, even as early as the 1930s. And every fifth Sunday, churches throughout the area — Baptist, Holiness, Methodist, and Mennonite — would “fellowship.”

When Horton was a teenager, children went to work early in life and early in the day. The work was done by hand, whether it was hauling wood with a horse and wagon, or tilling the steep mountainside with a horse and plow and then planting crops — corn, potatoes, beans, cabbage, pumpkins, and sometimes tobacco. They were sharecroppers, which meant a black family might get to keep most of the crops for a couple of years but by the third year, a percentage would be given to a land-owning farmer.

“We had resourceful people,” says Roberta Jackson, another leader in the Junaluska Heritage effort. “I’m proud of the way they lived and persevered.”

In the 1920s, gravel was brought in to pave the community’s roads. The gravel arrived from Cranberry Iron & Coal Company in Avery County and was spread by Junaluska residents, including Horton. More than 50 years later, the road that connects “The Hill” and “The Mountain” to Boone got its name: Junaluska Road.

The mountainside that surrounds Junaluska is heavily wooded today, not planted with crops, and it sits below Howard Knob, a bare patch of rock 1,000 feet above Boone. Unlike other historically black mountain communities, where residents moved away for better-paying jobs and more opportunity, Junaluska held on. Yes, people moved away to fight in wars, secure jobs, or get an education, but many moved back.

Still, you won’t find “Junaluska” on a map or even a sign. Most folks can’t recall precisely when the area became known as Junaluska. But for the Affrilachians of this historically black neighborhood, Junaluska is a home, a heritage, and an identity that brings them yet another step further from invisibility.