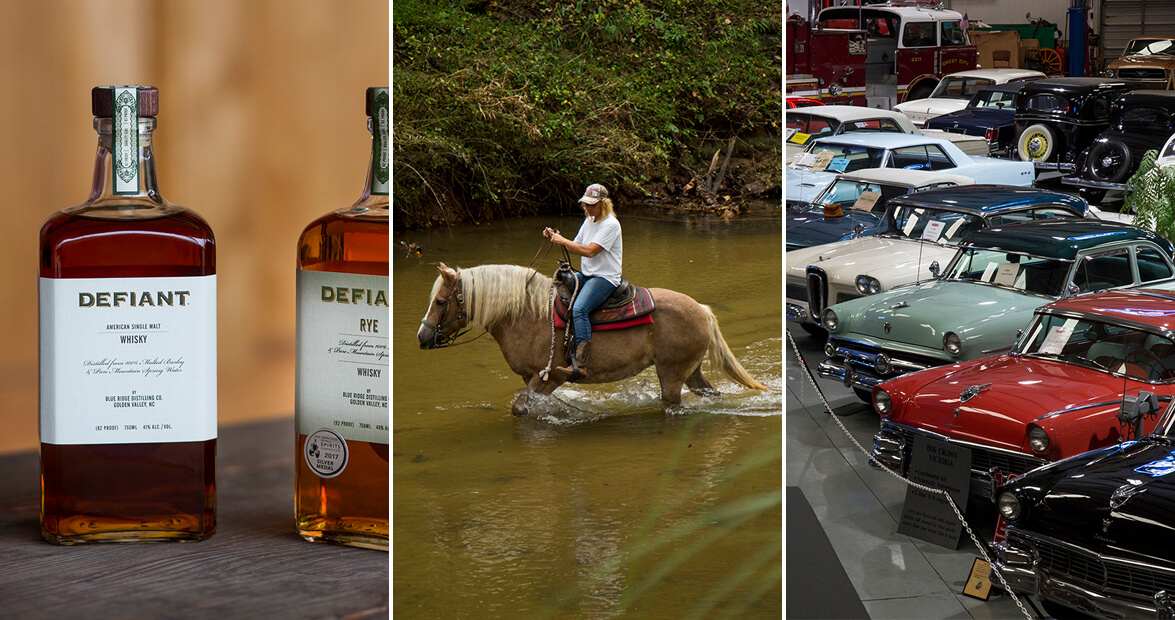 Get an early start to your morning at Davis Donut House

Some choose to sleep in on Saturday morning, but Forest City locals and savvy visitors know that Davis Donut House is worth the early wake-up call once you’ve gotten your hands on an Orange Twist doughnut. To truly explain the obsession behind the Orange Twist borderlines hyperbole, but here’s a fact for you: the Orange Twist is more than 50 percent of Davis Donut’s business. According to general manager Peter Carey, “What’s most special about it is it’s something that’s really only done here. It’s truly a handmade doughnut; there isn’t a machine that can do it,” he says. The twisted doughnut is beautiful to look at and fun to eat, with a clear pop of orange flavor in every piece you pull apart. Once you’ve gotten your Orange Twist fix, branch out and fill your box with their other baked goods — Carey’s favorite is the bear claw. If you’re dedicated to the doughnuts, a bite of the pumpkin or blueberry cake doughnut is typically followed by an audible wow; the cake is moist, the flavors are pronounced, and the glaze is crumbly and sweet without being too sticky. Baked goods aside, there are plenty of other things to love about Davis Donut; the business is locally owned, and it focuses on giving back to its community. “I think there’s a lot of nostalgia that plays into it too,” Carey says. Originally opened in 1972 by Charles Davis, many faithful customers remember going to the downtown Forest City location as teenagers, and continue to visit well into adulthood. 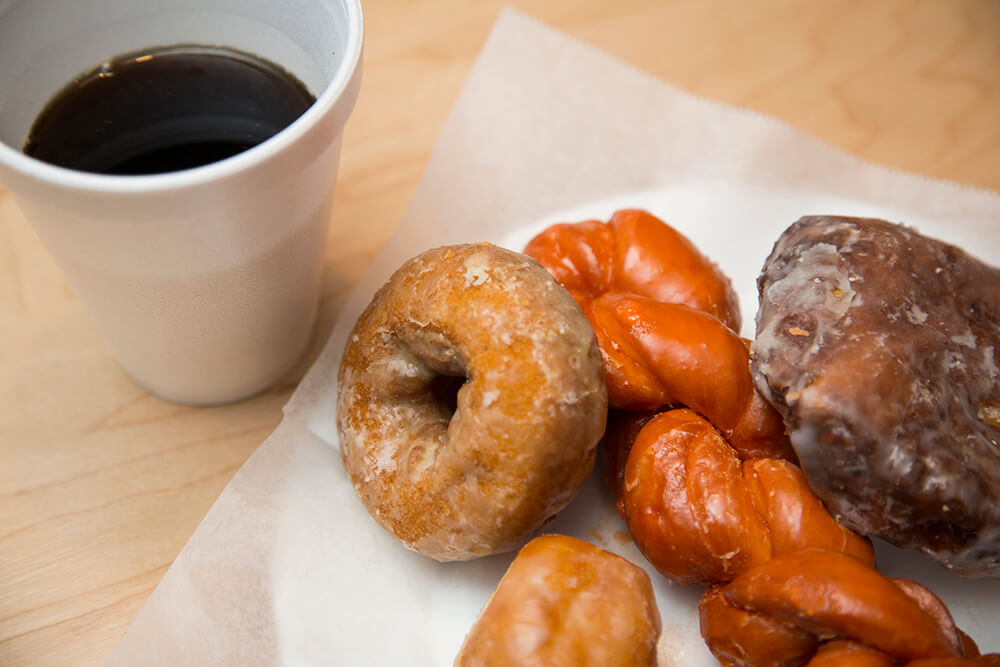 In the 1930s, Forest City went by a second name: “Little Detroit.” Rutherford County was home to more than 100 used car dealerships and two dirt racetracks, which brought countless cars to the region. While many of the dealerships have since closed, some of the original shop signs in the region can be found at Bennett Classics Antique Auto Museum, started by brothers Joe and Buddy Bennett in 2007. “It’s unbelievable how people can really go back to their childhood just by looking at a car and hearing stories,” museum manager Christie Hutchins says. “Those memories, that’s what keeps people coming back.” Each of the 70 cars in the museum tells a story; the 1963 Ford Galaxie 500 Mayberry Sheriffs car from The Andy Griffith Show is signed by Don Knotts, while the 1935 Chevrolet Street Rod had been in Joe’s possession since he was 14 and was painted a custom color from Harley-Davidson shortly before he passed. The 1956 yellow Nash Metropolitan is a beloved car among college kids of the period, even if you could barely steer them, and the 1928 Star Depot Hack is one of only three known models in the world. “A lot of people think that we have maybe five or ten cars,” Hutchins says. “They’re not expecting this.” Most impressively, a majority of the cars in the museum are low mileage and every car starts and runs. Inventory cycles frequently, as many of the cars are for sale. The museum is also family-friendly; parents are likely to get swept up in the nostalgia, while children enjoy discovering the different features of the cars that predate them. 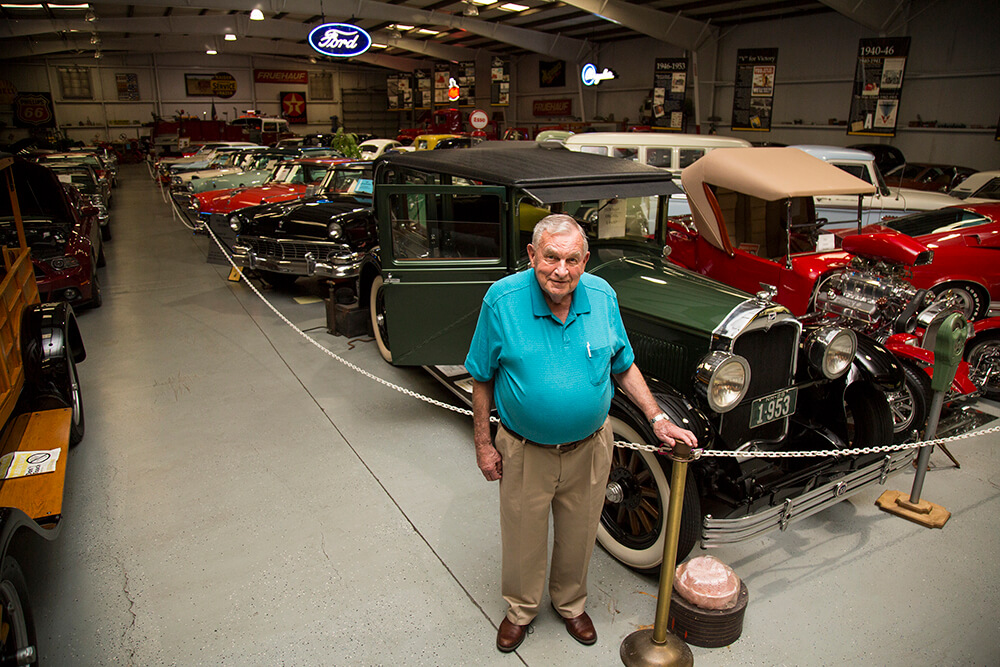 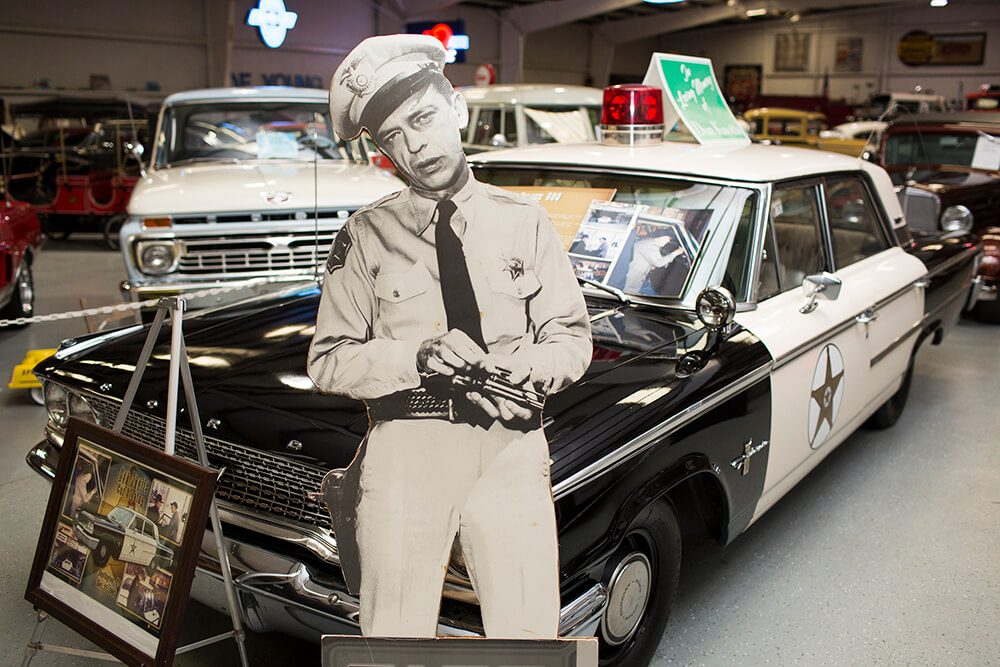 Hit the trails in neighboring Rutherfordton

Crisp, fresh air and western North Carolina go hand-in-hand; the leaves changing color are only an added incentive to throw your mountain bike in the car and go for a ride in neighboring Rutherfordton on the Thermal Belt Rail Trail. The rail-trail-turned-mountain-biking-trail is eight miles of gravel and pavement that currently extends from Spindale — through Rutherfordton and Ruth — to Gilkey, and is in the process of expanding to Forest City. In the fall, the northern portion of the trail near the Bechtler Mint Historic Park access point is covered in a canopy of changing leaves, surrounding riders in the red and orange hues of the season. 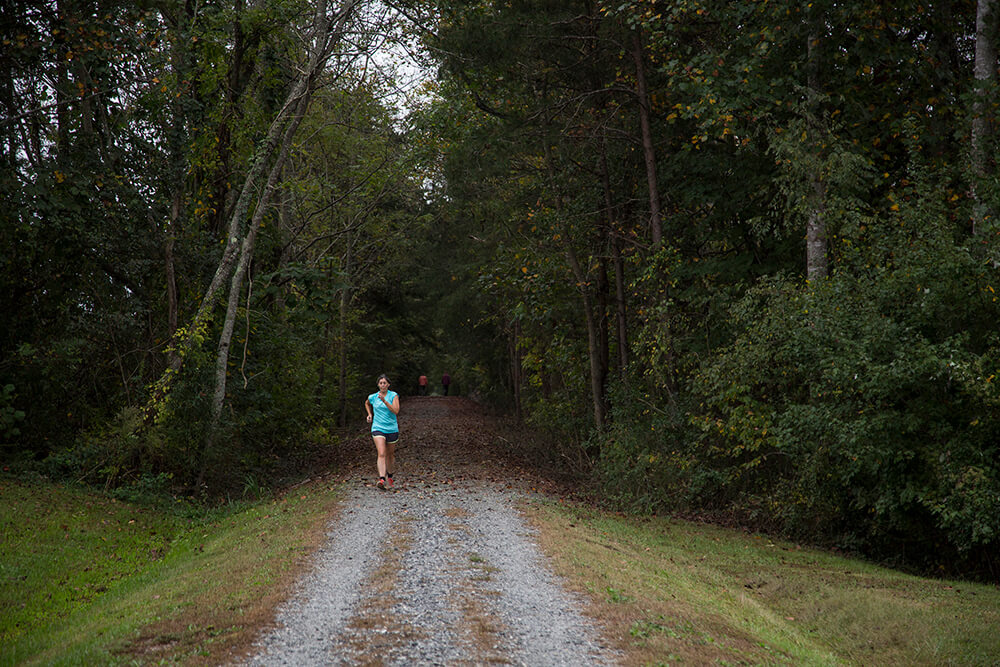 In addition to bike trails, Rutherfordton is home to horseback riding trails that can be enjoyed by all ages at Riverside Riding Stables. “You can’t see us from the interstate,” co-owner Arlene Jackson says, which is exactly how she likes it. The Jacksons moved to this Rutherfordton location 22 years ago, and began to physically handcraft their two ride options: the one-hour mountain ride, and two-hour mountain and Cove Creek River rides. “Whenever we got the land down here, we took a set of shears and clipped it out, and that’s the trail we use,” Jackson says of their mountain ride. The year-round facility is currently home to 16 horses, and all rides have a strict no running, no trotting policy to keep the experience enjoyable for all skill levels. The simplicity of Riverside Riding Stables is often what keeps people coming back, Jackson says. “Most of the times you’re in the city, you’re looking at the next-door neighbor or you’re looking at traffic go by,” she says. “But it’s just so peaceful out here, and on the occasion that [visitors] can see some of the nature, the deer — they appreciate that. It’s just quiet living to me.” 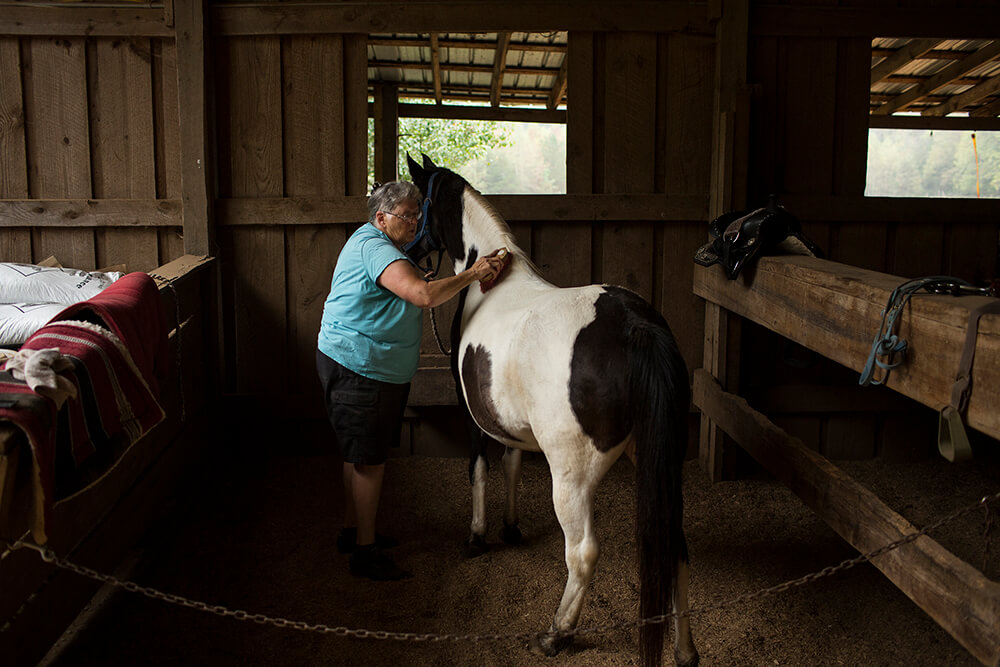 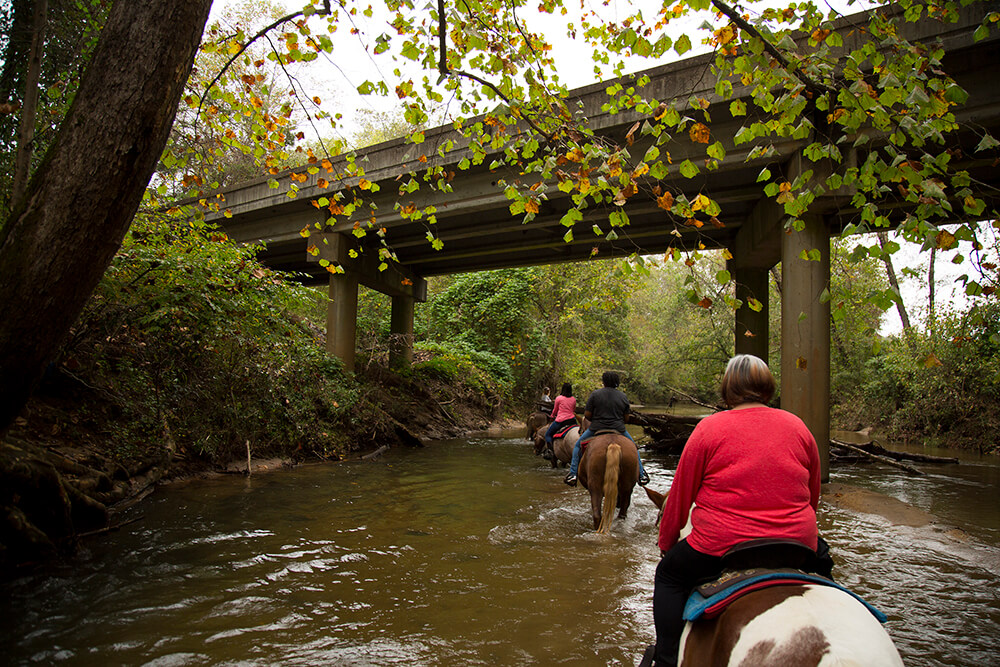 Have lunch at an unconventional location in town

While Rutherford County is home to a number of restaurants, some of the region’s best eats are located in atypical locations. In Bostic, there are several places to run your errands and get a bite to eat in one fell swoop. Early lunch eaters flock to North Carolina’s oldest continually family-run general store, Washburn’s General Store, which dates back to 1831. A common afternoon purchase would be a bologna sandwich, hoop cheese, and maybe a pressure cooker or other household item. When Washburn’s is closed in the afternoon, locals make their way to Becky’s Country Grill & Store, where you can fill your gas tank and your stomachs in one stop; open the door and go left for a hot meal, right for the convenience store portion. Any day there’s a casserole on the menu is a good day, however the burgers, barbecue, and onion rings are also popular, leaving visitors wishing gas stations like this one were less of an anomaly.

The best way to get to lunch in Rutherfordton is to fly in to 57 Alpha Café, located at the Rutherford County airport. But if you’re without a private plane, going by car will do just fine. While the cash-only restaurant is popular among pilots for its “$100 hamburger” — $7.25 for the burger, $90+ for the gas to get there — 57 Alpha Café also specializes in southwestern cuisine. The phrase “made-to-order” takes on a new meaning here; after diners order at the counter, they’re able to watch owner Ron McKinney select the pans, rustle through the fridge, and personally cook each order. If you’re interested in planes you’ll learn a lot here — lunchtime companions can range from a father and teenage son out for a ride, to a former pilot with 33 years of commercial experience. As the conversation comes to a close and people pack up, order a banana pudding and settle into a chair on the outdoor patio, which has a clear view of the runway. Diners sitting outside can listen to the planes fire up and watch them take off or touchdown as they enjoy dessert. 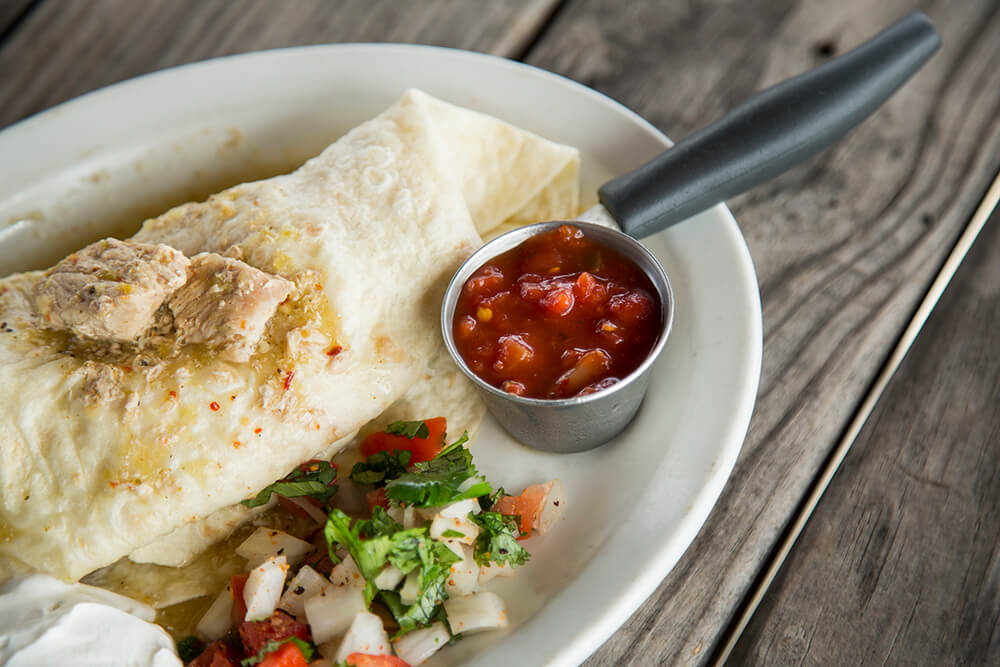 Back in Forest City, The Fountain at Smith’s Drugs of Forest City is in the business of nostalgia. Since opening in 1939, it’s one of the few remaining pharmacies with a lunch counter in North Carolina. Take a seat on a red vinyl counter stool or slide into a booth and start with a salted caramel milkshake as you peruse over the menu. The grilled pimento cheese sandwich made our 2015 Southern Sandwich Travel Guide, the burgers are fresh, and the pies — though not made in house — are well-liked by all. 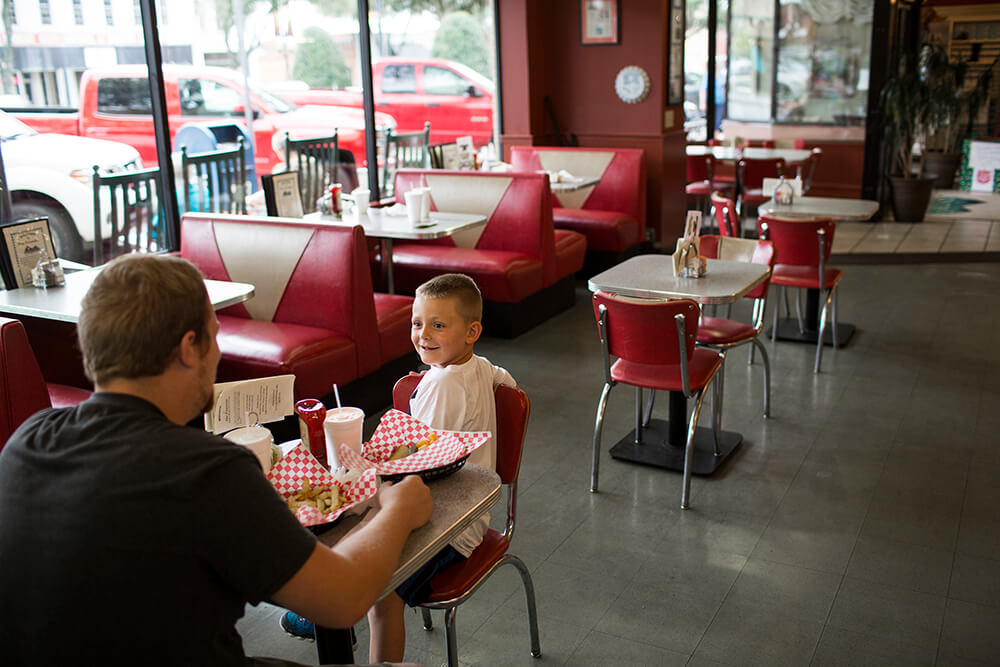 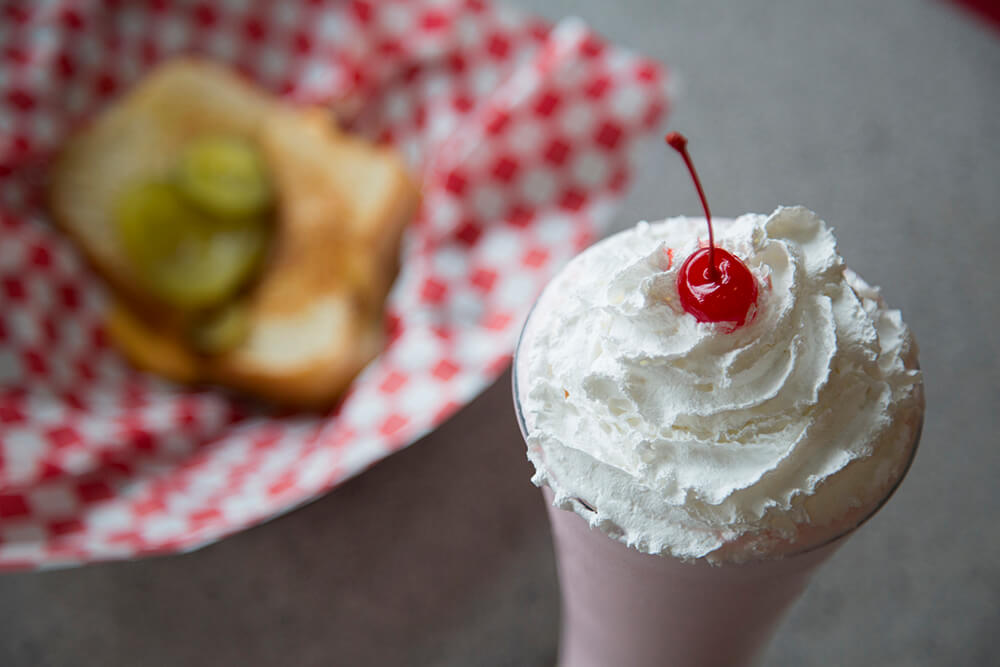 Most people wouldn’t expect an award-winning whisky that’s sold in more than 20 states to be headquartered in a town of less than 500 people. But for founder Tim Ferris, settling in Bostic was a no-brainer. “Back in the day when people built distilleries, they would go and hike and find the perfect water, the right spring, the right pH, the right mineral content, and then they would build their distillery there,” Ferris says. “Fluorinated, chlorinated city water just doesn’t get it; the natural character of water is of the most influential impacts on your finished products. The water here was perfect.” This December marks five years since Blue Ridge Distilling Company released their first product, Defiant Single Malt Whisky. What makes this whisky special is how quickly it can be made. “We can go from whole kernel malted barley to a cork in a bottle in about 120 days,” Ferris says. “We’ve always showcased the fact that we are a different, innovative method.” Every morning begins with 2,000 pounds of whole kernel malted barley and each of the steps, from grinding the barley to corking and labeling is done in-house. “Our ingredients are water ­­— unfiltered, pure, out of the ground — barley, yeast, and American white oak,” Ferris says, “Nothing else goes into our whisky.” By rethinking oak “as an ingredient, not as a container,” the distillery was able to cut down on the aging period, while still producing a memorable whisky. Ferris offers free tours of the state-of-the-art equipment and also tastings of their libations. The distillery’s newest product, a 100 percent malted rye whisky, recently launched on October 18. “Most people that come are passionate about authenticity and quality brands,” Ferris says. “Whisky falls under that category.” 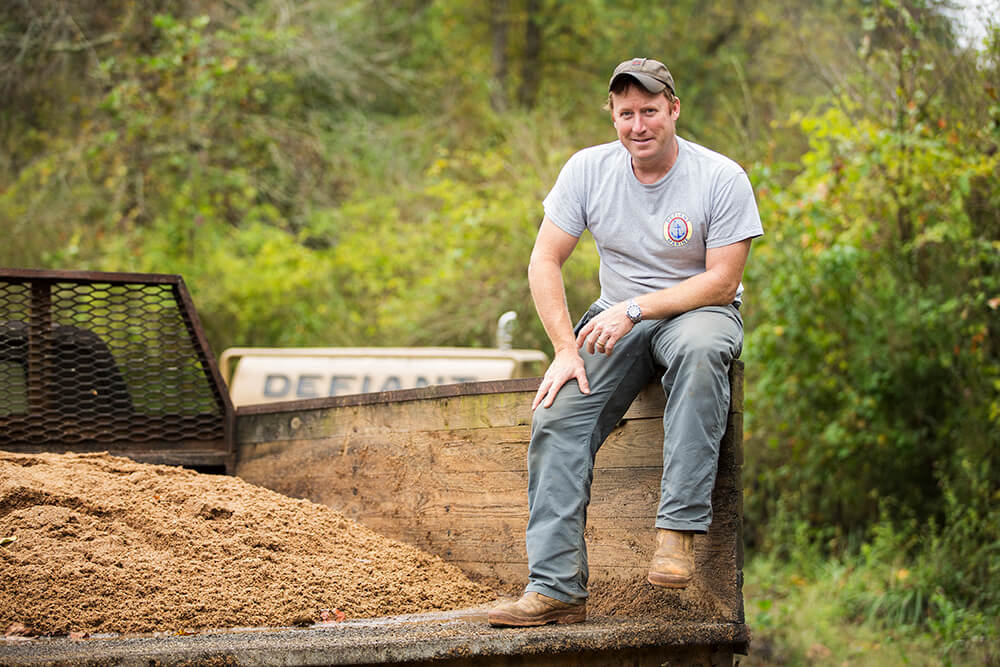 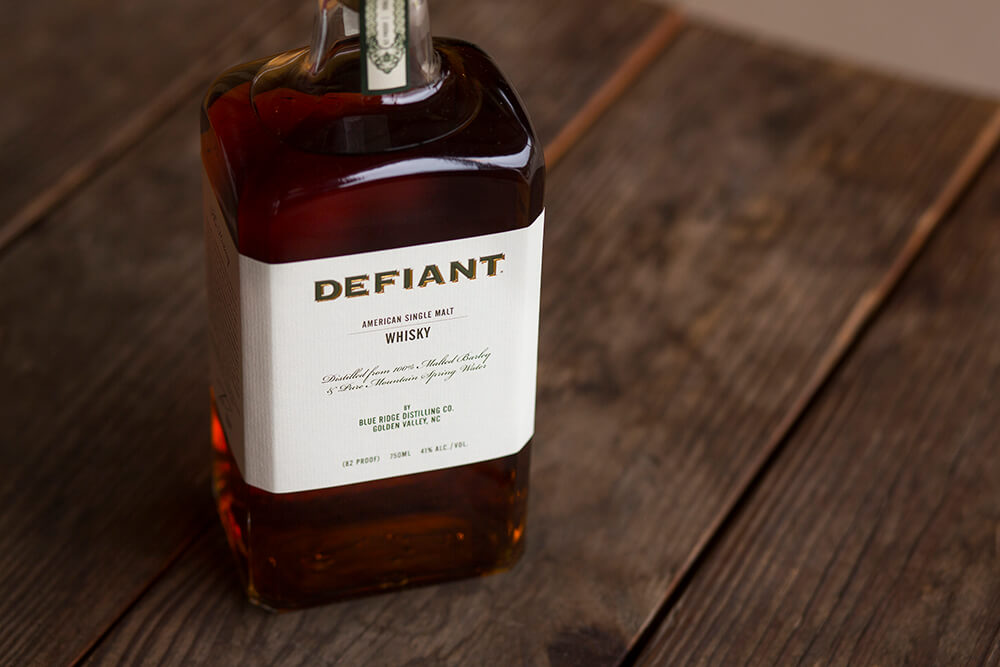