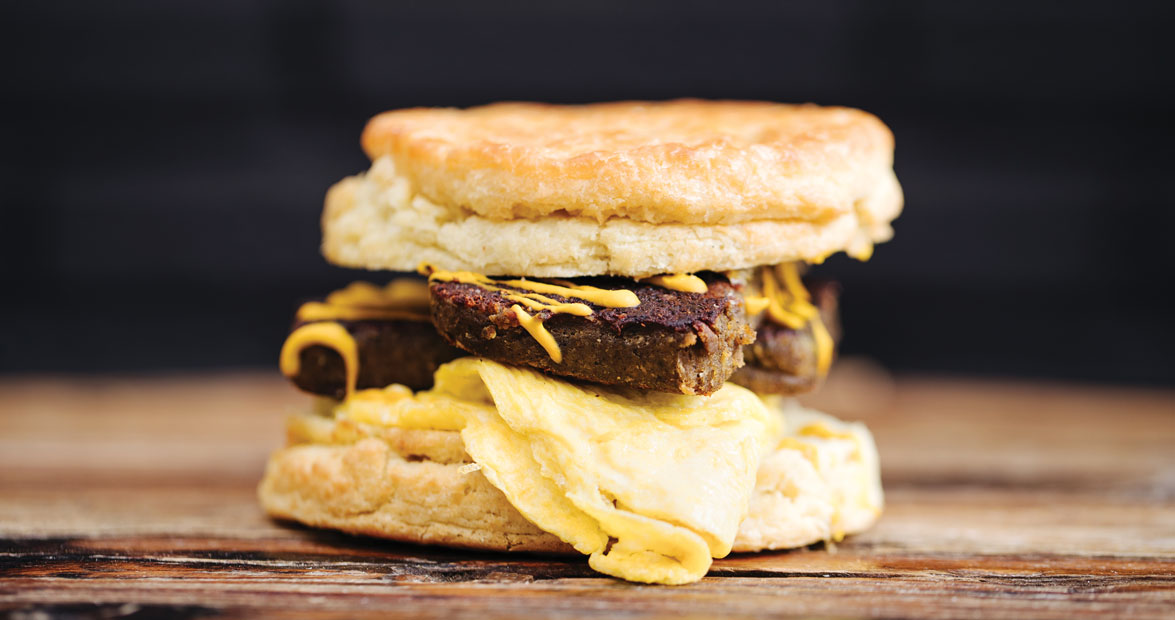 livermush biscuit is a culinary DNA test. If you see one on a menu, you can be certain that either you’re in the western part of the state or the folks in the kitchen came from there. It’s as sure as swabbing a cheek and finding out that you’re Irish. John Dean inherited a taste for livermush from his great-grandfather, who made it at home. Dean, executive chef at the New Public House & Hotel in Blowing Rock, found that his eat-local sensibilities fit perfectly with his grandfather’s recipe, so he serves livermush on a large biscuit with a fried egg and a zigzag of yellow mustard. “I feel like a good homemade breakfast is a basis for a good, healthy day,” he says.

Indeed, livermush is a hearty start. The combination of ground pork liver, head, or butt; cornmeal; and spices is chilled and formed into a block, then sliced and fried. Since the Great Depression, foothills farmers and mountain mill workers have enjoyed it as an inexpensive, portable meal. Love of livermush is centered in the west, perhaps owing to the sausage-making traditions of Germans who settled there in the 18th century. Two major producers of the specialty, Mack’s and Jenkins, are located in Shelby.

For people who didn’t grow up eating it, livermush can be an acquired taste. (It’s not the same as liver pudding, which has a softer texture and is popular near the coast.) Go ahead: Be brave. Give the livermush biscuit tradition a try at Circle G Restaurant in Charlotte, at Tony’s Ice Cream in Gastonia, and at Countryside BBQ in Marion, which uses locally made Hunter’s livermush.