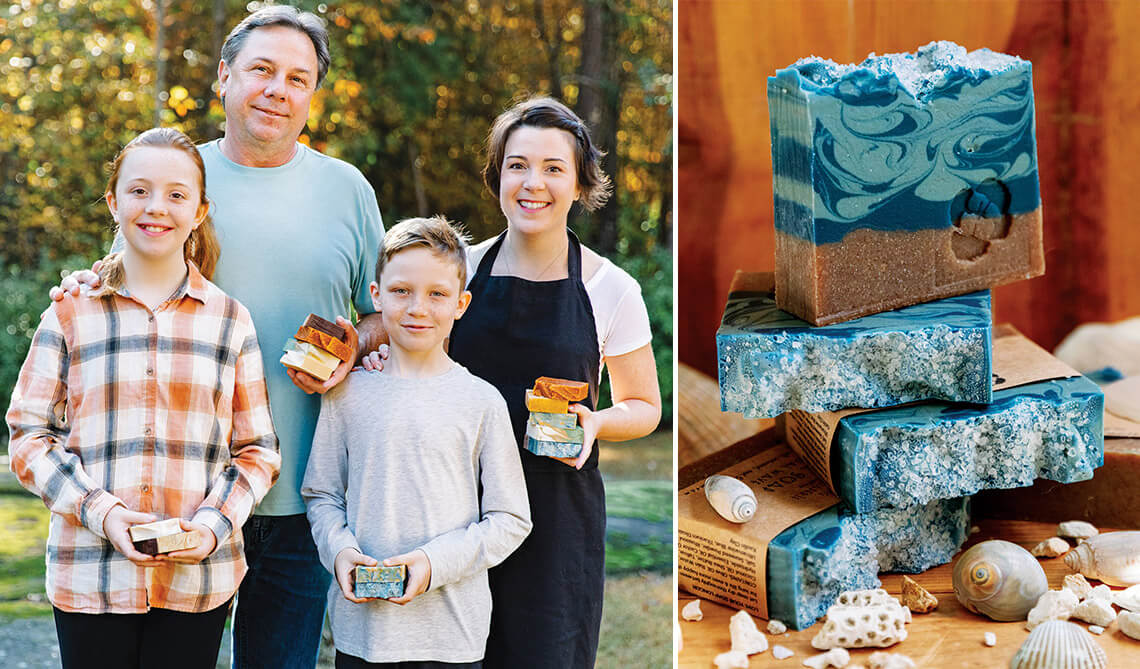 Mike and Jennifer Evarts and their kids, Sophia and Aaron, use rainwater in soaps like the Tidal Wave bar as part of their sustainability mission. photographs by Anna Routh Barzin

For Jennifer Evarts, there’s a special kind of beauty that can only be found along the North Carolina coast. Hoping to capture the beach experience in a soap, the owner of The Living Soaperie combined the scents of lemongrass, seaweed, and sea salt with rainwater that she collected. “The beach is so central to life in North Carolina,” Evarts says. “We love being able to share that experience with people through our soap, and doing so in a sustainable way.” The soap’s natural ingredients, including coconut oil, shea butter, and castor oil, create a multisensory experience, from its scent to its smooth texture and two-toned blue swirls speckled with sand. The feeling you get with each use, Evarts says, is “like closing your eyes and being on an actual beach.” 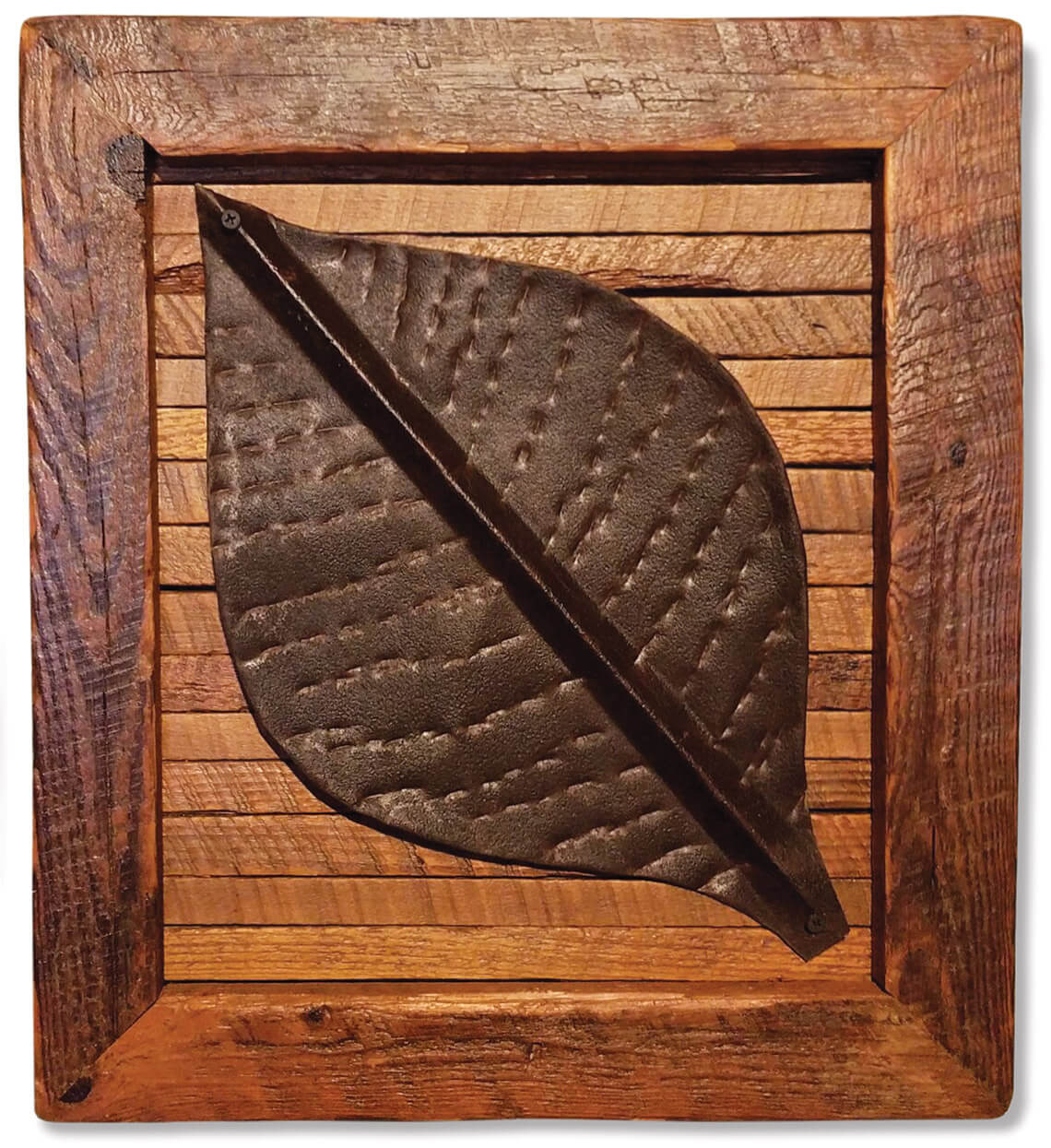 Whenever Kenneth Fuller notices a barn in bad shape, he pulls over and stops his truck. In what others might think of as valueless, he sees an opportunity to marry past and present. “When I see an old barn, I think about its history — how old it is, how hard somebody worked back in the day to construct it, and how useful it was to the family,” he says. The North Carolina native uses reclaimed wood from old barns in the Henderson area to make tables, mantels, cabinets, and more for his shop. His framed piece called “A Single Leaf” features a tobacco leaf made from vintage barn roof tin and a frame made from tobacco sticks. For Fuller, each piece he makes is symbolic of the tobacco community where he grew up during the late 1960s. “The pieces I make bring back memories of growing up on a farm,” he says, “and that’s a true piece of history worth preserving.” 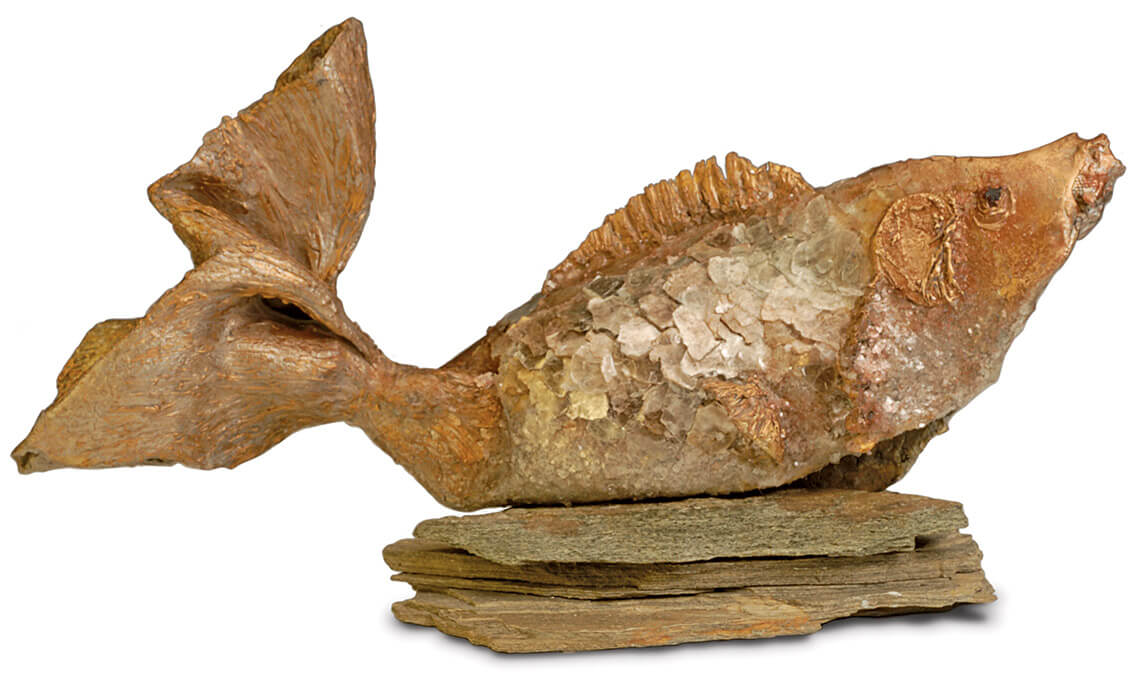 When Janice MacDonald took her grandson panning for minerals in the Spruce Pine Mining District during his summer vacation, the multimedia artist was drawn to mica, the glasslike material that North Carolinians have mined for more than a century. “After the trip, I went back in search of mica scraps,” she says. Scanning for crystals hidden among mud-covered pebbles in a black, rusty pan took gentle hands and a careful eye, but “the mineral was just so impressive, and I was able to bring a bucketful back home,” she says. Back in Morganton, she formed a six-foot piece of screen wire into the shape of a mountain trout and used a stretchy adhesive to apply the mica. “Mica is an important natural resource for this state,” she says. “To me, this piece reflects our history.” 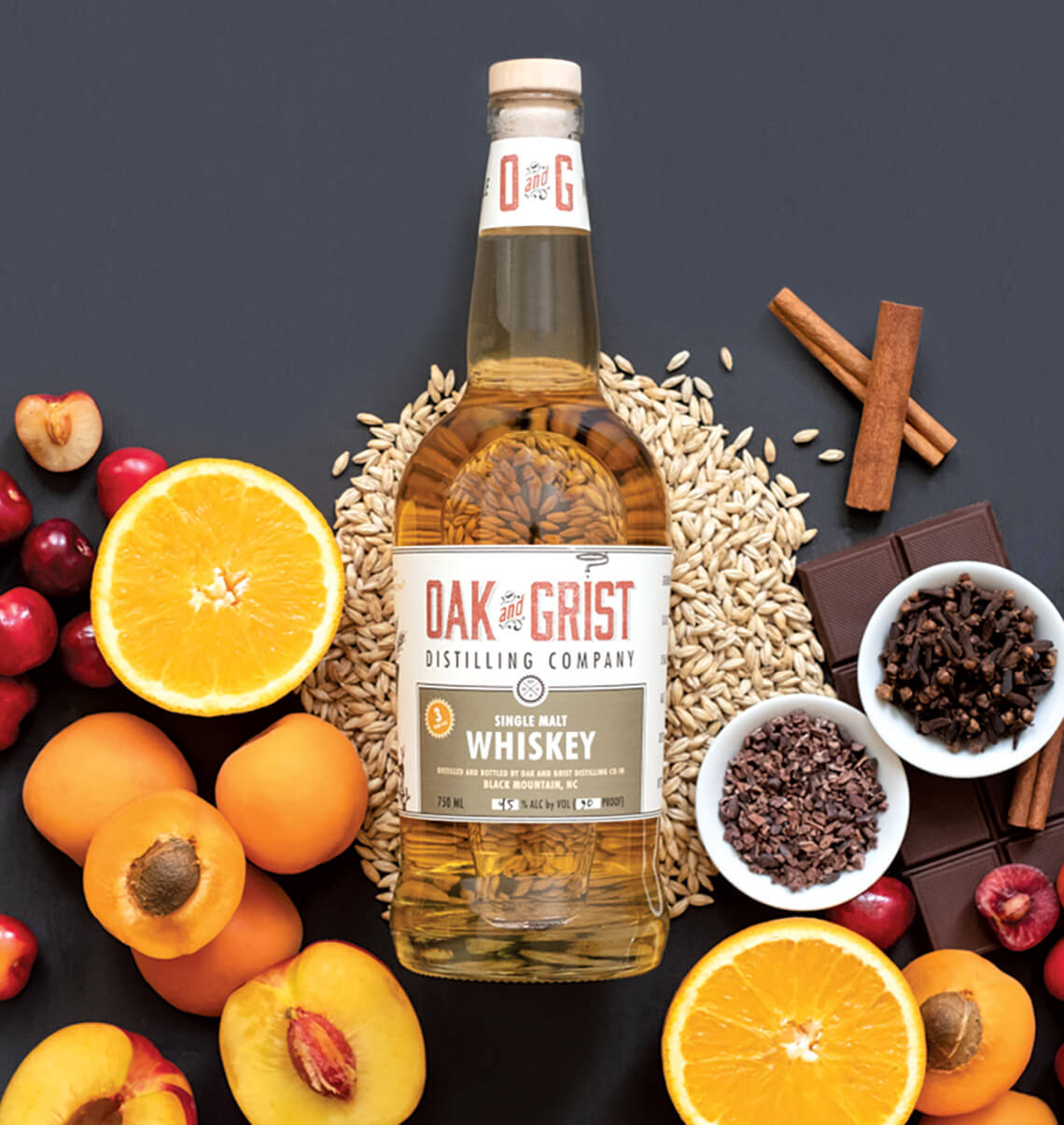 In an industrial warehouse in Black Mountain, Oak and Grist ages its single malt whiskey in used bourbon barrels. “The aged barrel is going to dictate the whiskey’s flavor,” says co-owner William Goldberg. “There’s a multitude of different brewing techniques, but this one will give us a sweeter and lighter profile.” In 2015, Goldberg was inspired to create an American single malt whiskey after visiting his mentor, also the father of his business partner, in Scotland. To bring his vision to life, he took an Appalachian-inspired approach to a Scottish method. The distillery brews, ferments, and distills the single malt using locally grown and malted barley. After aging for at least three years, the whiskey’s flavor is smooth, with subtle notes of toasted nuts, cocoa, and stone fruit. “The single malt allowed us to create a tailored flavor profile for the area that we exist in,” Goldberg says, “and to build a stronger connection between producer, consumer, and place.” 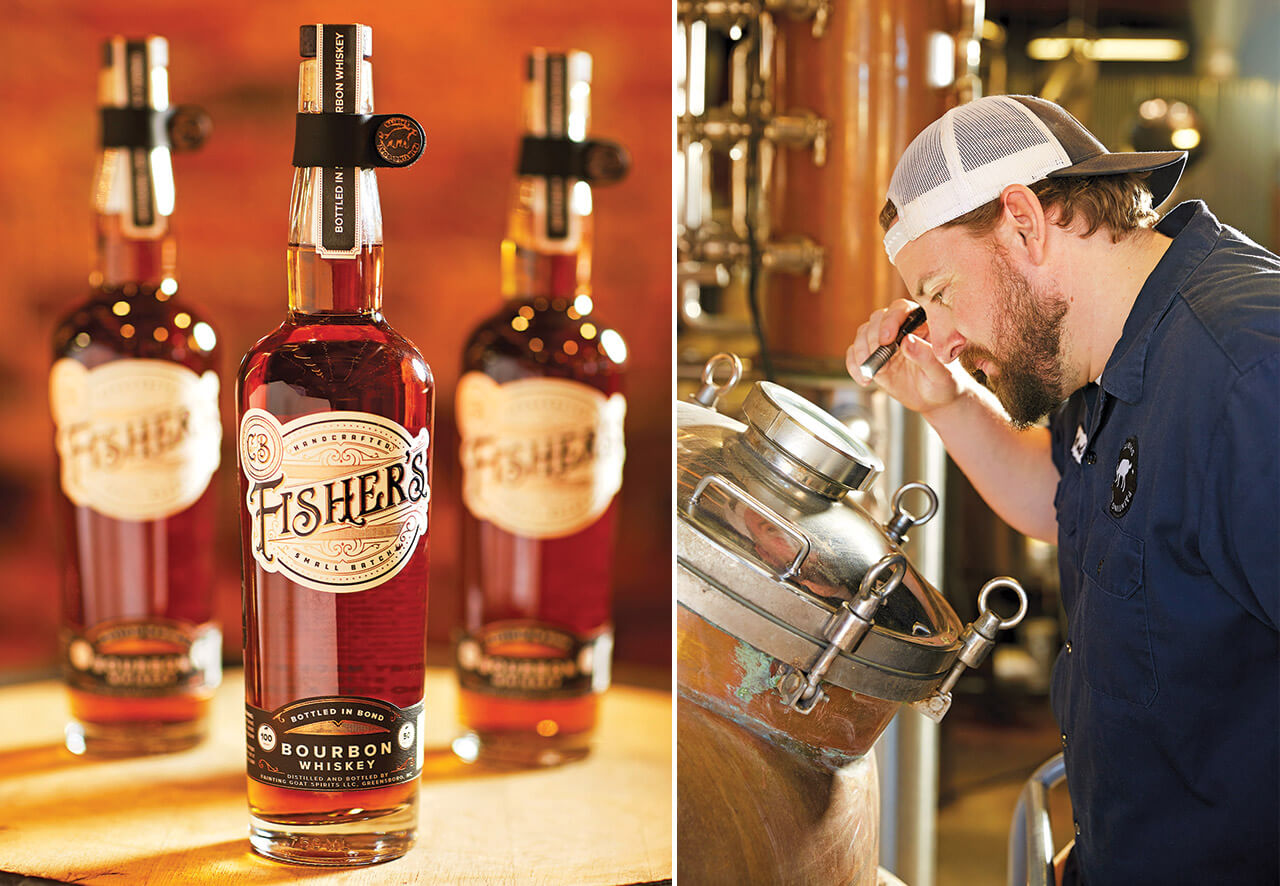 Andrew Norman of Fainting Goat Spirits uses grain from a family-owned farm in Marshville to make his award-winning bourbon at his distillery in Greensboro. photograph by Stacey Van Berkel

When he named his distillery, Andrew Norman knew that he would have some explaining to do: “Fainting goats have always been a family mascot,” he says. “It started on Thanksgiving; our family would watch videos of fainting goats for hours on end. They remind us not to take ourselves too seriously, and when you fall down, you can always get back up.” In 2015, Andrew and his father, Bill, opened Fainting Goat Spirits in Greensboro. The two pride themselves on handcrafting their liquor from grain to glass, using fresh North Carolina corn, rye, and malted barley to make all of their spirits, including C.B. Fisher’s “Bottled in Bond” Bourbon. Aged for four years in an American white oak barrel, the bourbon contains undertones of toasted pecans, Honeycrisp apples, and browned butter in every sip.

“Tasting chocolate is like tasting wine,” Kirstin Neira says. “You don’t just gulp it down. You let it melt in your mouth slowly, breathe out through your nose, and enjoy the rich aroma, flavor, and feel with every small bite.” At Red Light Chocolates, Kirstin, her business partner, Rob Neira, and their daughter, Addy, make their velvety-smooth chocolate with passion and tenderness. Many of the chocolates in their 25-piece artisan collection tell a story, drawing on memories of Kirstin’s childhood. “We wanted flavors that would remind people of things,” she says. “The raspberry reminds me of picking raspberries along our back woods growing up, and the Key lime truffles remind me of the Key lime pie we would have every Fourth of July.” To Kirstin and her fellow chocolate lovers, “they’re like little pieces of art.” 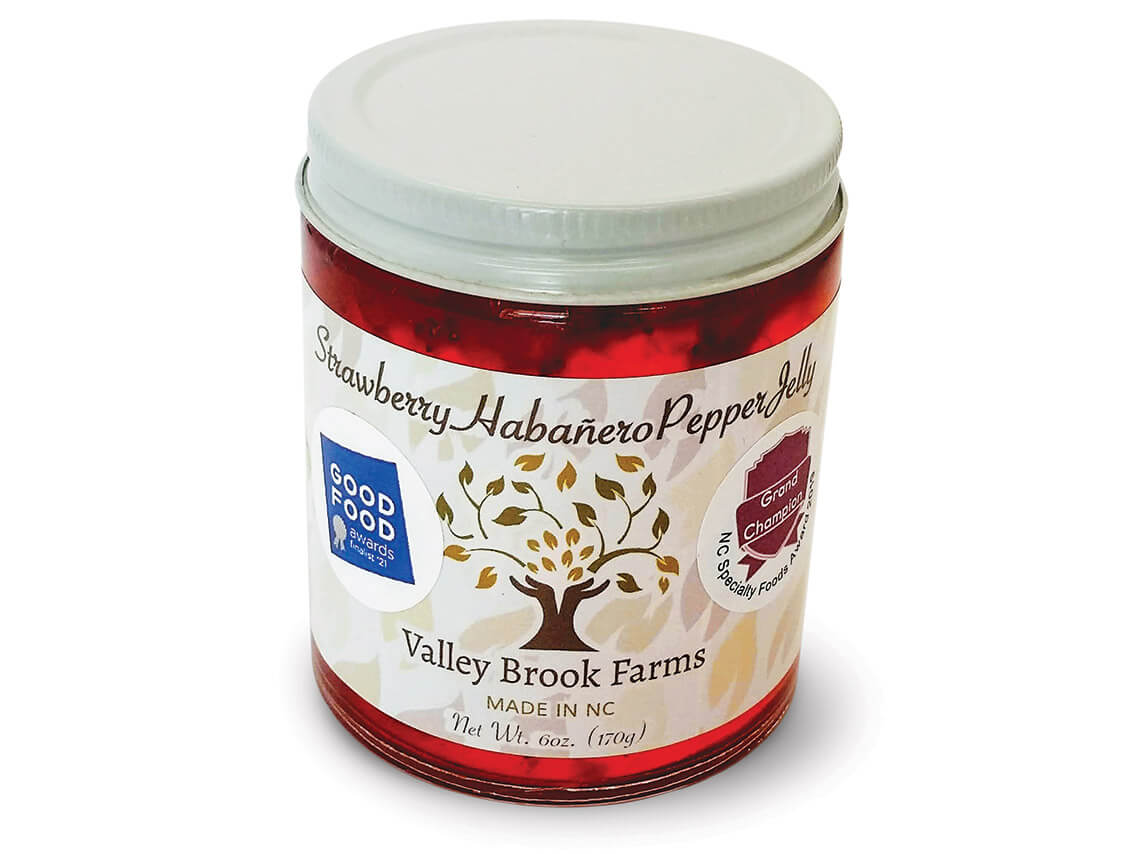 Made with locally grown ingredients, Andrea Davis’s Strawberry Habanero Pepper Jelly strikes just the right balance between sweet and spicy. “Growing up, I loved to cook with my grandmother,” Davis says. “Then I started making jelly to share as gifts for friends and family.” In 2016, Davis’s father-in-law encouraged her to sell her small batches of jams and jellies at his Browns Summit farm. She continues to experiment with new flavor combinations for her customers to try, like the sought-after strawberry habanero. “The popular way to eat it is with crackers and a soft cheese like Brie,” she says. The versatile jelly can also be enjoyed in cocktails and rubbed on a juicy steak. “It’s one of my favorites to make,” she says. “Eating it feels like you’re celebrating something special.”

Bill Fleming’s sapele-and-cedar cases are custom-fit to each rod. His dog, Buck, has been accompanying him to his shop since Fleming first brought him home in 2013. photograph by Stacey Van Berkel

Bill Fleming’s knowledge of how a fly rod should function is informed by a lifetime of experience. As a child, he fished at lakes around Raleigh; then, as a teenager, he cast lines from the pier during an annual fatherson trip to the North Carolina coast. As he grew, so did his passion for the activity. “Those fishing trips were special,” he says. It was around that time that Fleming also fell in love with woodworking — another family tradition. In 2015, he combined his two passions into a business in the Blue Ridge Mountains, where he creates custom fly rods and the beautiful cases that protect them. When you open the McKay Fly Rod Case, you can immediately smell the cedar interior — a fragrance that helped inspire Fleming’s work. “When my dad was a kid, he made a chest from cedarwood,” he says. “When you open the McKay Rod Case, you’ll catch the same aroma I did during my childhood.” 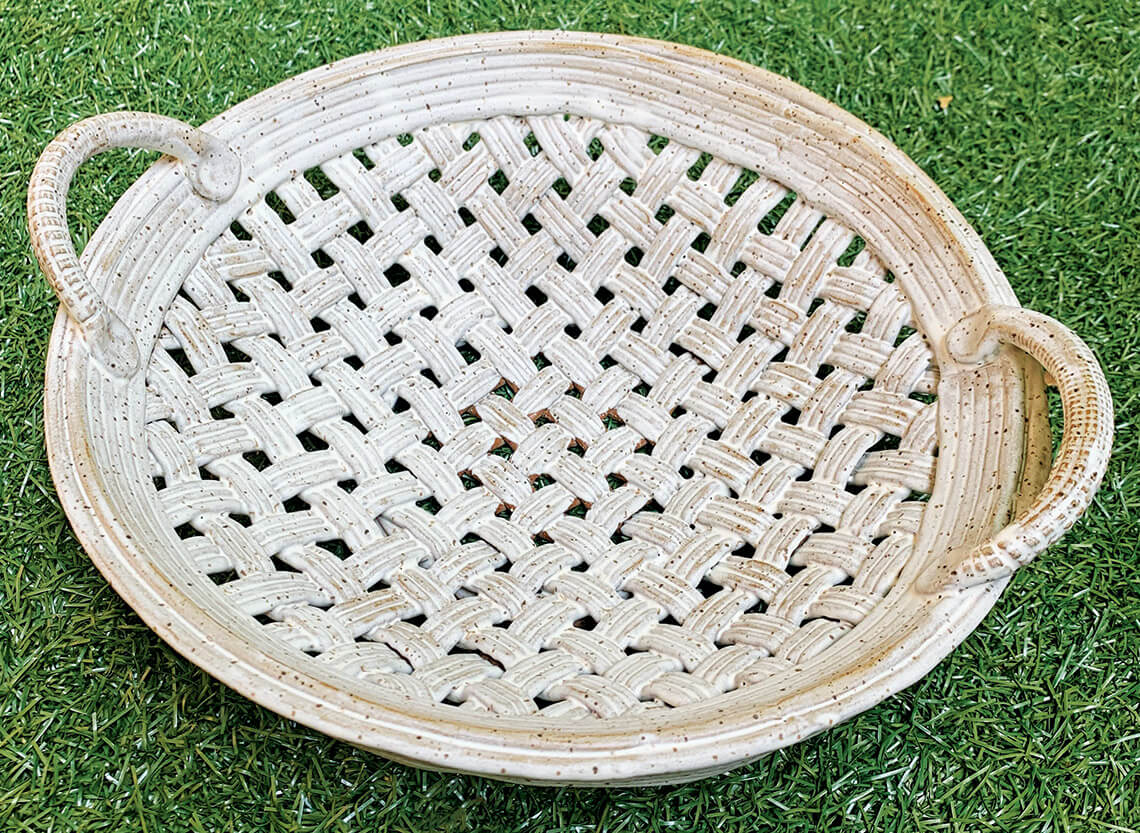 With its smooth, polished alabaster glaze, Margaret Wells’s pottery tempts anyone who sees it to hold it in their hands. Inspired by traditional basket weaving, the owner of Wiener Dog Pottery decided to approach the centuries-old art form with a different medium: clay. “I’ve always loved woven baskets,” she says. “North Carolina is so steeped in the craft of basket weaving, and I wanted to bring that work into pottery.” To form the clay into the 12-inch circular shape that she envisioned, Wells used a wok to create a plaster mold. After layering individual strips of scored and slipped clay on top of the pot-shaped mold, she couldn’t wait to add the finishing touch that would pull the piece together. “The clay/glaze combination is my favorite part of this piece,” she says. “It gives it an old-fashioned, rustic look that’s true to our state’s basket-weaving heritage.” 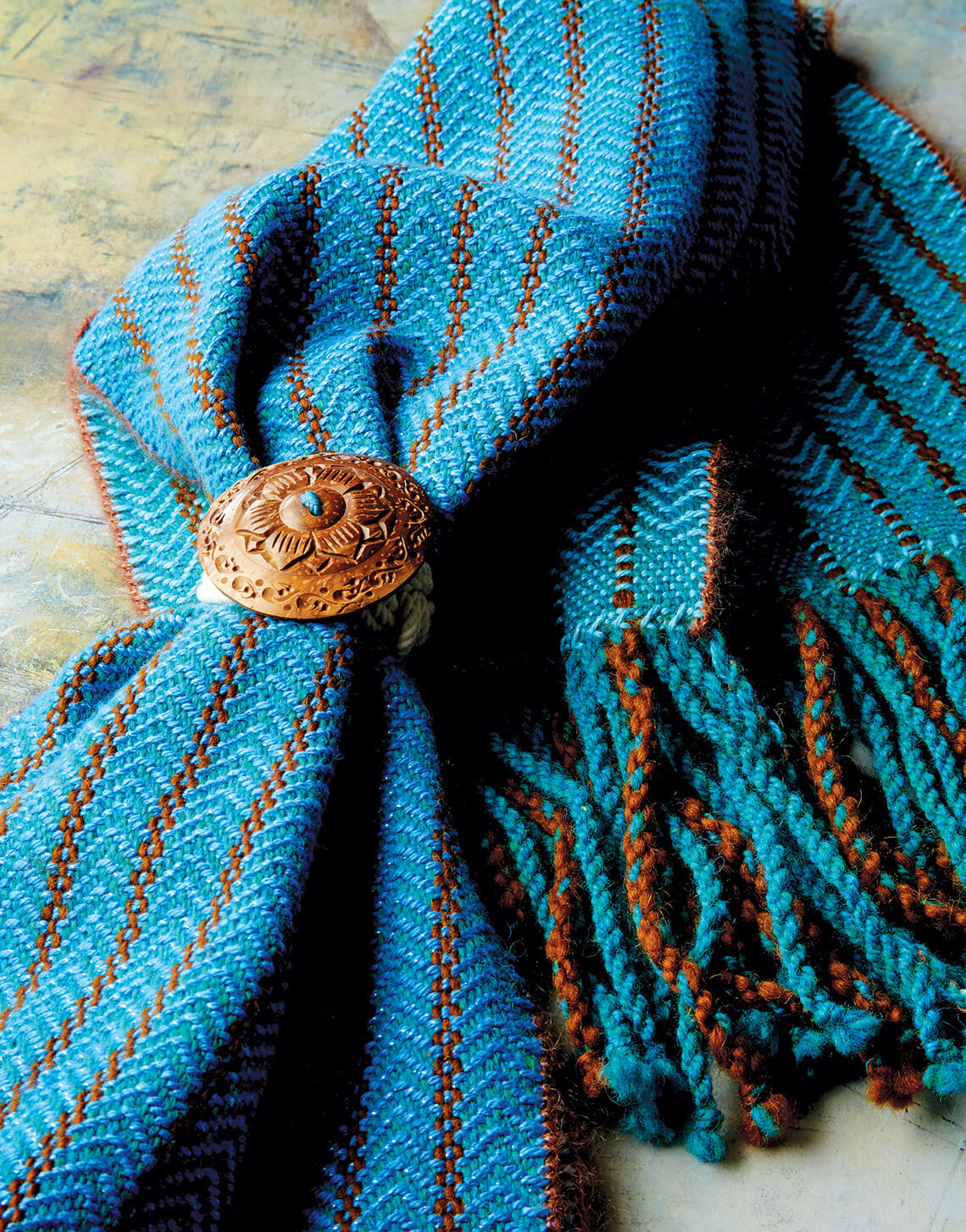 In her studio in Wilmington, Gail Liston weaves together blue and brown yarns on a floor loom. There’s confidence in her movements as she leans forward to inspect the hints of sparkle that remind her of a glistening river. “Nature doesn’t have any restrictions on color combination,” she says. “That’s why I love drawing inspiration from it — from the stripes on seashells to flowers and trees.” Liston’s careful attention to detail reflects her nearly 50 years of experience. Since 1974, she has created scarves that are as comfortable as they are beautiful, each one inspired by the style of the individual for whom it’s made. When her son, Grey, died while climbing Mount Olympus in 2013, she was compelled to start a business in his honor. “It was a way of taking tragedy and turning it into something positive,” she says. While all of Liston’s pieces differ in style, each reflects a story of love and resilience. “Weaving keeps me putting one foot in front of the other,” she says. “And when it came down to it, it saved my life.” 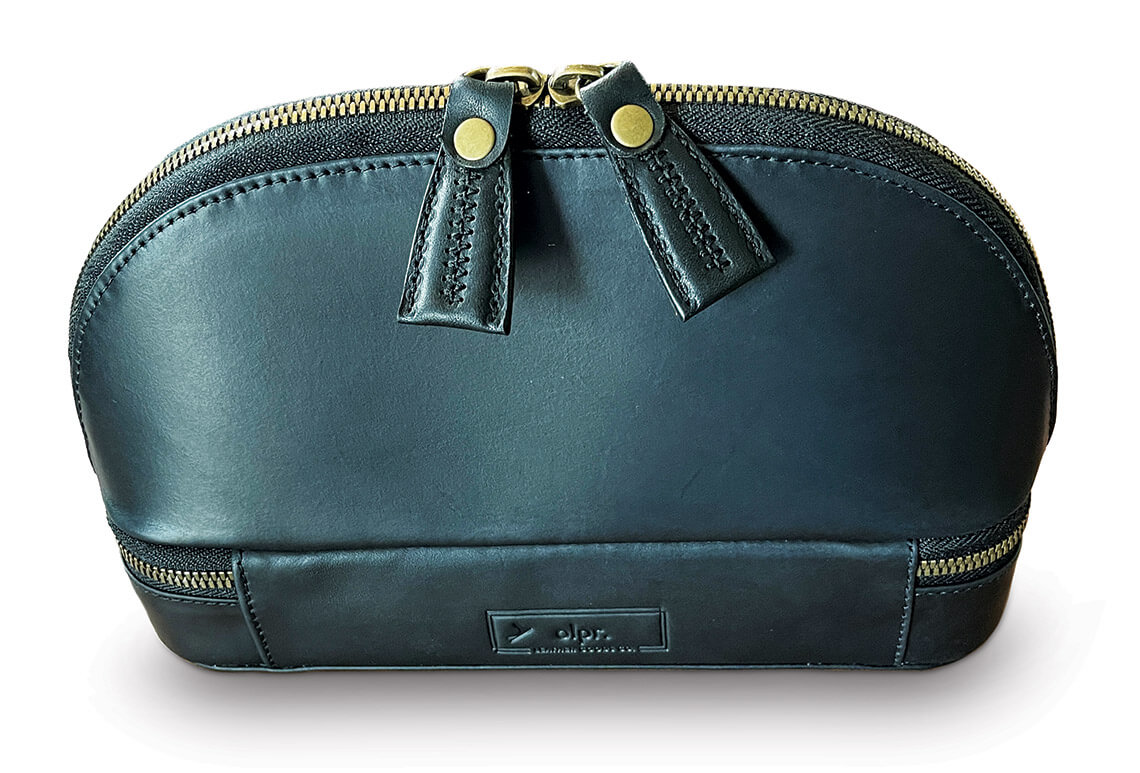 Julia Prannyk spent days sketching, studying leather grains, and thumbing through taupe, tan, and black color swatches for olpr.’s latest accessory: a travel jewelry organizer. To bring her vision to life, she needed the skilled craftsmanship of her younger brother, Viktor Oleksyn, olpr.’s cofounder and master tailor. “I wanted to create something that not only lasted physically but also stood the test of style,” Prannyk says. “And whenever I have an idea, my brother delivers.” Designed with black Milwaukee leather, gold zippers, a soft suede interior, and multiple small box compartments, the organizer fits perfectly inside a tote bag, backpack, or carry-on suitcase, Prannyk says. “I use it even when I’m not traveling.”