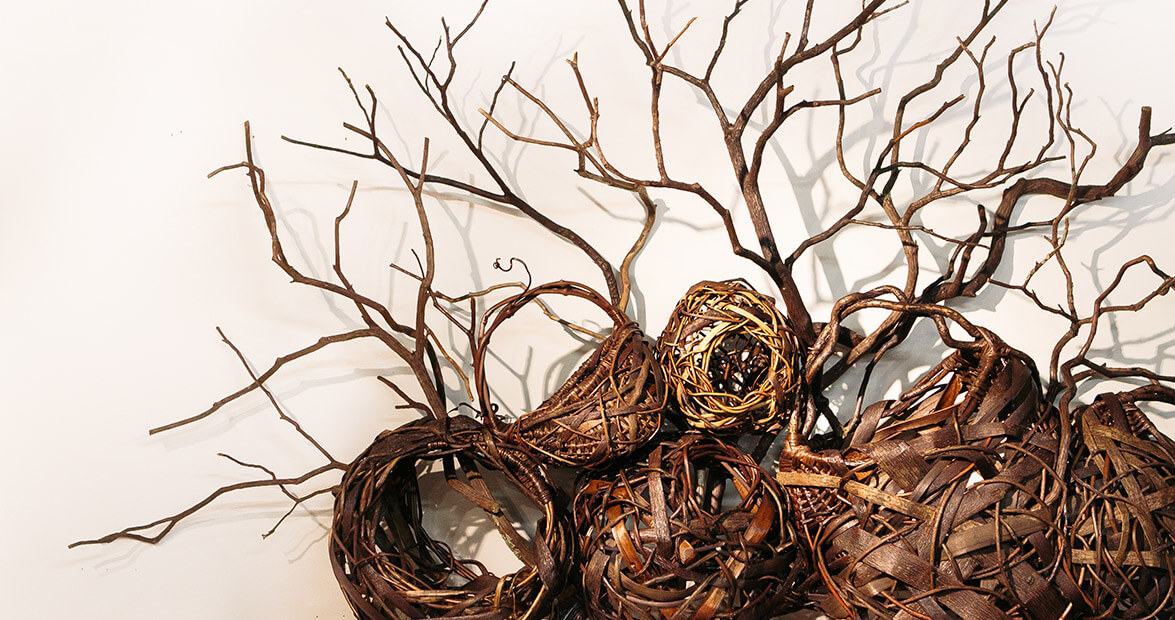 You might think of Asheville artist Matt Tommey as a tamer of wild things: In snarls of kudzu, tangles of grapevines, and knots of honeysuckle, he finds order, weaving elaborate baskets that are more sculptures than receptacles.

But that’s not quite how he sees it.

“The joy is in cutting away the extra branches to get the natural beauty to come through,” Tommey says. “I look at a material and think, ‘What does that want?’ I’m collaborating with nature.” 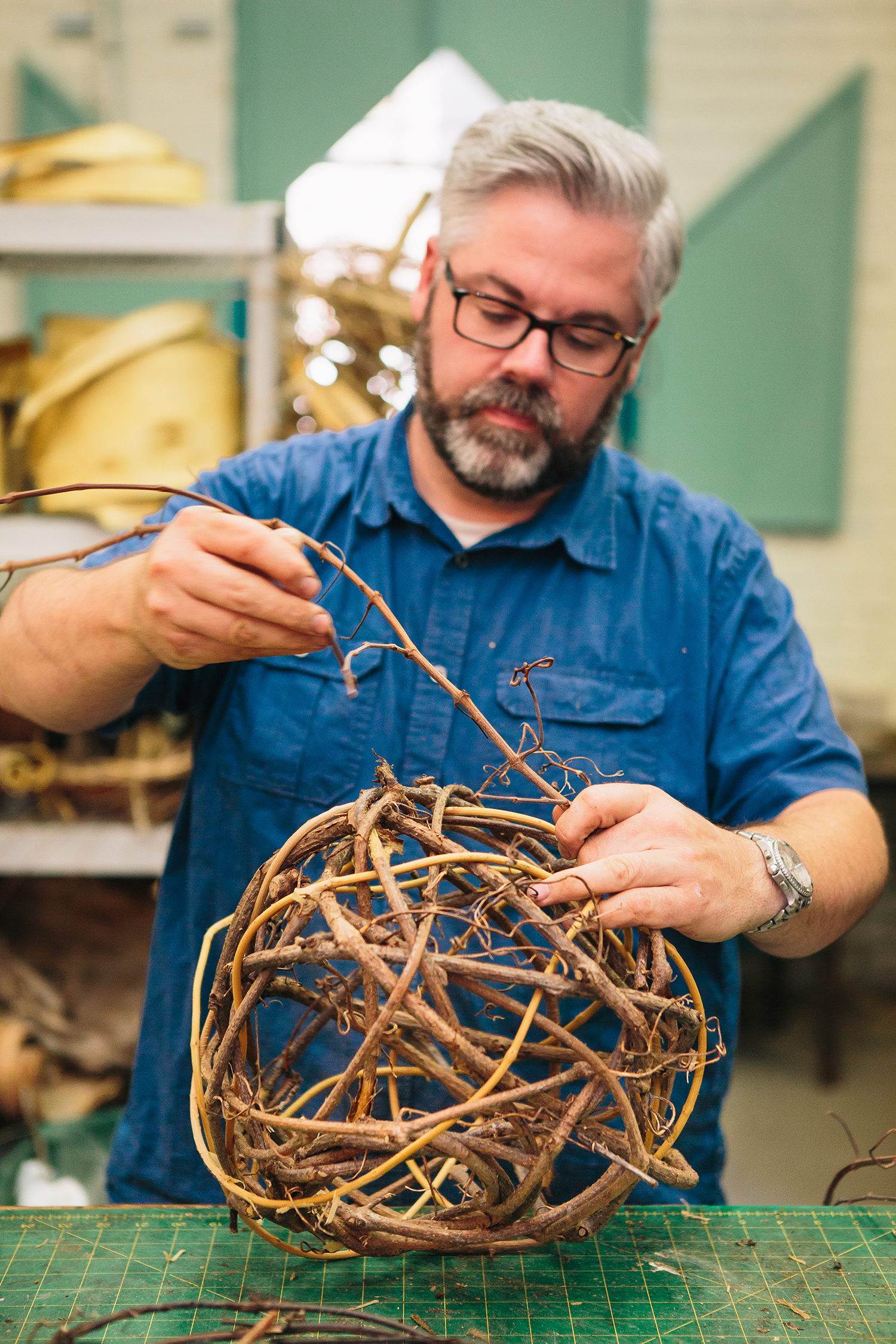 Basketmaking is an old art, one of the oldest in North Carolina, but today, not many people in the area do what Tommey does. “From a harvesting perspective, you have to chop things down, haul them in,” he says. “It’s hard unless you really love it.” The more unfamiliar the process becomes, the more formulaic our idea of a basket becomes, all patterns and rattan.

Tommey’s ability to work without a pattern has been years in the making: As a boy growing up in Georgia, he played outdoors and brought sticks into the house to arrange in vases. In college, he discovered European willow basketmaking in a book and was inspired to make use of the kudzu growing near his apartment.

Tommey worked in youth ministry and owned an ad agency in Atlanta before he and his wife decided in 2009 that they were tired of living in the city. They’d both grown up in the country, and they wanted their 5-year-old son to experience the same kind of childhood. So they moved to Asheville, “the center of the universe in the art world.” Immediately, Tommey says, “the light switch turned on.” He’d made his hobby his career.

Tommey was hesitant to introduce his son, now 10, to basketmaking — “I didn’t want to put my passion on him,” Tommey says. But his son started riding his bike down the trail while Tommey harvested. It became their father-son time. And this past Mother’s Day, Tommey’s wife received a handmade gift: their son’s first basket.