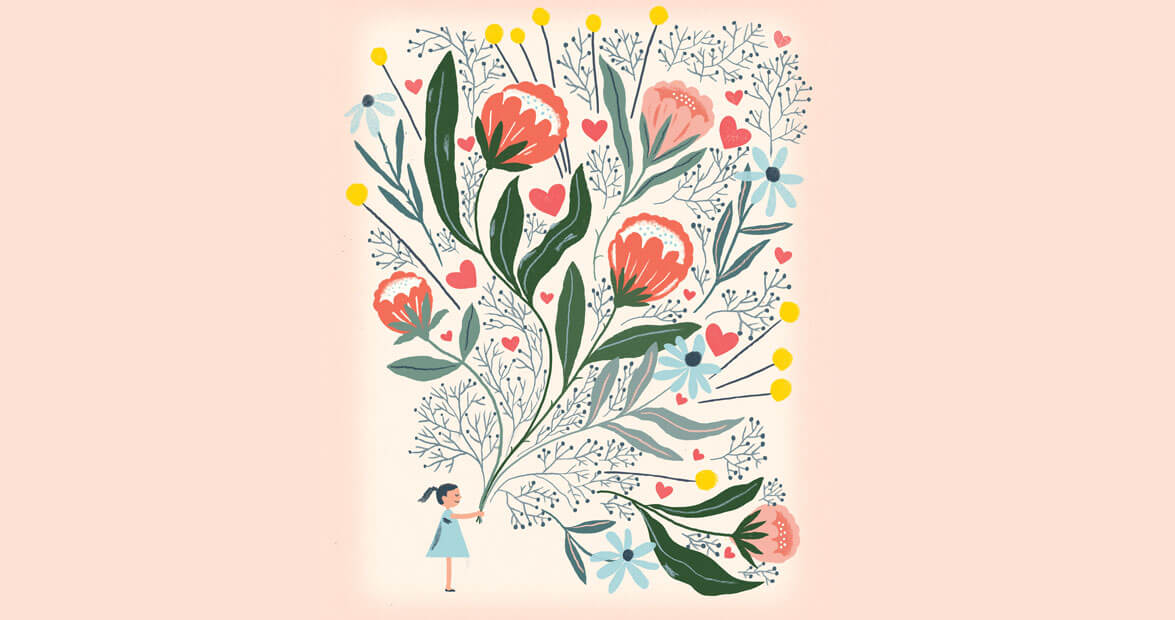 epending on your point of view — ranging from slit-eyed cynical to sweetly sentimental — Mother’s Day is either a manufactured commercial holiday or a time to toast and pay tribute to mothers of every age.

Well, I’m a mother of a certain age, and my view is neither of the above. My view is that it’s a day when mothers can both reassure themselves that they didn’t do so badly after all, and forgive themselves for untold sins. That forcing carbonated drinks to make the chicken pox scabs come faster was actually for the child’s benefit, not yours. Or that night you said, “Do not come get me out of bed unless vomit is coming out of your mouth or blood is coming out of your head,” you really, really needed some sleep. For not allowing any New Year’s Eve celebrating until Christmas thank-yous were finished. For the second-tier Huffy instead of the desired dirt bike on that birthday, and passé Beanie Babies when mini trolls and gel pens were far cooler.

Forgive me. After all, I’ve forgiven my mother for still putting me in appliqué dresses when I was in seventh grade. And besides, you write beautiful thank-you notes.

I forgive you, too, my darlings. For the lingo, those years of everything being heinous or sweet or crucial or awesome. For that period when every decision was determined by a game of rock-paper-scissors. For that school assignment when you wrote, “They like to relax,” on the questionnaire about your parents’ hobbies. And for that day in carpool when everyone was making farting noises, and you noticed my knuckles whitening on the steering wheel, and you shouted above the armpit blats, “Y’all be quiet! My mother doesn’t like children.”

Mother’s Day is the day to remember that, sometimes, you’ve got to be the hero. Heroine, rather. For standing by your daughter when adolescent girls were waging jihad against her. For being on weekend mall call for perpetual pickups and drop-offs. For the panicked child calling from a sleepover — or a college dorm room — wailing, “I can’t get to sleep. What do I do?” My hero is my mom my niece wrote for a project. Because my mom teachis me to cook so if she dise I will be alive.

A Jewish proverb maintains that “God could not be everywhere and therefore he made mothers.” How true. And because I could not be everywhere, either, I made sure the children were self-sufficient. For example, a T-shirt that went in the laundry inside out was returned to the drawer, washed but inside out. That’ll learn ya, dern ya. Mother’s Day is a day to be grateful that my three children will, respectively,

But although children may be self-sufficient, they in turn make you vulnerable in ways nothing else can. Speak, Memory, Nabokov wrote. OK. My daughter has forgotten the words to “Wendy” from the Broadway musical Peter Pan, starring Mary Martin. How can this be? She knew them by heart, insisted on renting the same poor-quality video over and over until I could have bought four or five copies. Now I sing, “At last we have a mother … it’s nice to have a mother,” and she looks at me with lifted brows and incomprehension. A friend called her child’s school one morning at 9:15 to let them know she was coming to collect her second grader. “I have to come get him,” she said, “because we have to start this day over.” And you never get over watching a child cry soundlessly during the tragic final chapter of Stone Fox. Or listening to a 7-year-old read Charlotte’s Web aloud. Or pleading alongside them during The Neverending Story, “Artax, watch out for the Nothing!”

Oh, children. They surprise you and sustain you and console you and confound you. Amuse and enrage you. They tell bad jokes and synopses with no end and use the wrong words and, in doing so, puncturate your heart, as my middlest once said.

Oh, mothers. You can designate a Sunday in May, but you’re never not a mother. I’ve written five novels, each of which was, in some way, about the fears and frustrations and triumphs and joys of being a mother. When the first book was published, and I was interviewed for this magazine in 1997, the title of that story was “The Mother Who Writes.” I still have that article, laminated, somewhere. Unlike all the nursery school artwork I exclaimed over, then put in the diaper pail. (A few of their father’s tired ties went in there — where angels fear to tread, never mind family members — also.)

Oh, fathers. Who’ll be looking for it’s-your-day-Daddy reciprocation in just a few weeks, on Father’s Day. Here’s what playwright Laurence Housman had to say regarding reciprocity: “If nature had arranged that husbands and wives should have children alternatively, there would never be more than three in the family.” I have yet to see this truism on a Mother’s Day card.

This Mother’s Day, the peonies will bloom. Here in North Carolina, peonies always bloom for Mother’s Day. The day will evoke multiple memories, and a variety of emotions — nostalgia, the afore-mentioned rue, joy, longing, love, gratitude, pride, and the greatest of these is … you know.

And if you don’t, and as one last guilt-assuaging defense, I did keep some things after all (the toddler overalls with your name appliquéd on the bib; do you want them?). Stowed safely in every mother’s heart are all the fleeting moments of motherhood — the falls, the hurts, the failures; the wins and grins and hugs and hilarity. Stowed safely in a drawer is this permanent one from my child, answering every mother’s annual question to her child. What do you want for your birthday?

I’ve been so busy, I’ve almost forgotten about my birthday, but I know I have one coming up. Here’s an idea. Everything in my life is sufficient right now, so you can give me lots of love for my birthday. How’s that?

How’s that? I’ll tell you how’s that, my darlings. That’s just what I’d like for Mother’s Day, too: lots of love. That’ll do.