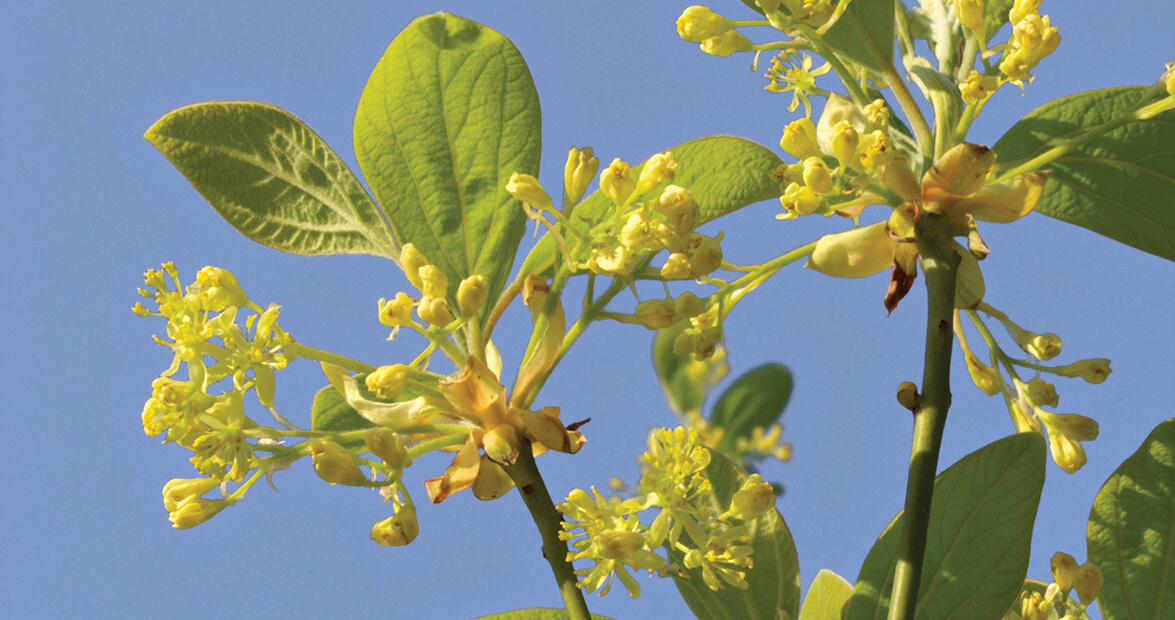 You should know sassafras. It should be right up there with white oaks and longleaf pines and backyard daffodils. Seeing it should give you a swell of North Carolina pride that rivals whatever warm fuzzies you feel when you spot a wild dogwood. Native Americans used every part of sassafras, from the bark to the roots to the leaves. Europeans went crazy for the stuff — it was the super drug of its day, perhaps the first export from the New World. It was thought to cure scurvy, syphilis, typhoid fever, rheumatism, and dysentery. Sir Francis Drake called it a “wondrous root which kept the starving alive and in fair goode spirit.” Sir Walter Raleigh held a monopoly on the sassafras export; he was selling the stuff for 2,000 English pounds a ton in 1602. One of the earliest maps of North Carolina, the John Farrar map of 1650, highlighted a sassafras tree along the Alligator River. Chicken roosts built of sassafras were reputed to be lice-free. Beds built of the wood repelled bedbugs. Sassafras was North Carolina’s first natural resources boom.

Sassafras is a shrub that thinks it’s a tree, or a tree that thinks it’s a shrub. It can grow to 100 feet tall, but that’s a whopper. And here’s another reason to know sassafras: If you can count to three, you can identify the species. This is Wild Plant Identification 101: Sassafras is the only plant that has unlobed, two-lobed (think mittens), and three-lobed leaves growing on the same plant. If even simple math makes you queasy, no problem: You can identify sassafras with your snout. Crush the leaves for an intense blast of citrus. Scratch the bark for a medicine-like aroma. Or pull up a shoot, scrape the root clean with a fingernail, and take a chew. You’ll taste licorice and root beer. No surprise, that, since sassafras root was once one of the primary ingredients in root beer.

Sassafras’s history hasn’t been all rosy, however. Studies in the 1960s showed that large quantities of safrole — the volatile oil found in sassafras root, bark, and fruit — caused liver tumors in rats. The FDA banned its use in commercial food products. But the occasional cup of sassafras tea is still on my menu, and I’ll brew the wonder drug of sirs Drake and Raleigh on camping trips to treat colds and sniffles. I still like to chew on a freshly skinned sassafras root on a spring hike. And I don’t think twice about a serious shake or three of filé powder in my gumbos and étouffées. Filé is made from dried and pounded sassafras leaves, which contain no safrole.

If you’re not sold on its culinary merits, sassafras still has much to offer. Once you learn to identify sassafras, you can impress your friends with what will appear to be a botanist’s level of knowledge.

“Hey, look, it’s sassafras!” you’ll say. Wander over, pull up a shoot, and start gnawing. Crumple a bouquet of leaves under your companion’s nose. “Thoreau thought it had the aroma of ‘a thousand spices,’ but I think it smells like a lemon drop.” Now dial up the attitude to full-bore flippancy. “Sassafras was one of the first exports from the New World,” you might add. “Folks thought it cured everything from nosebleeds to the flu. Bunch of knuckleheads.”

Then mosey on down the trail, as if everybody in the world with a North Carolina driver’s license already knew the ins and outs of sassafras.