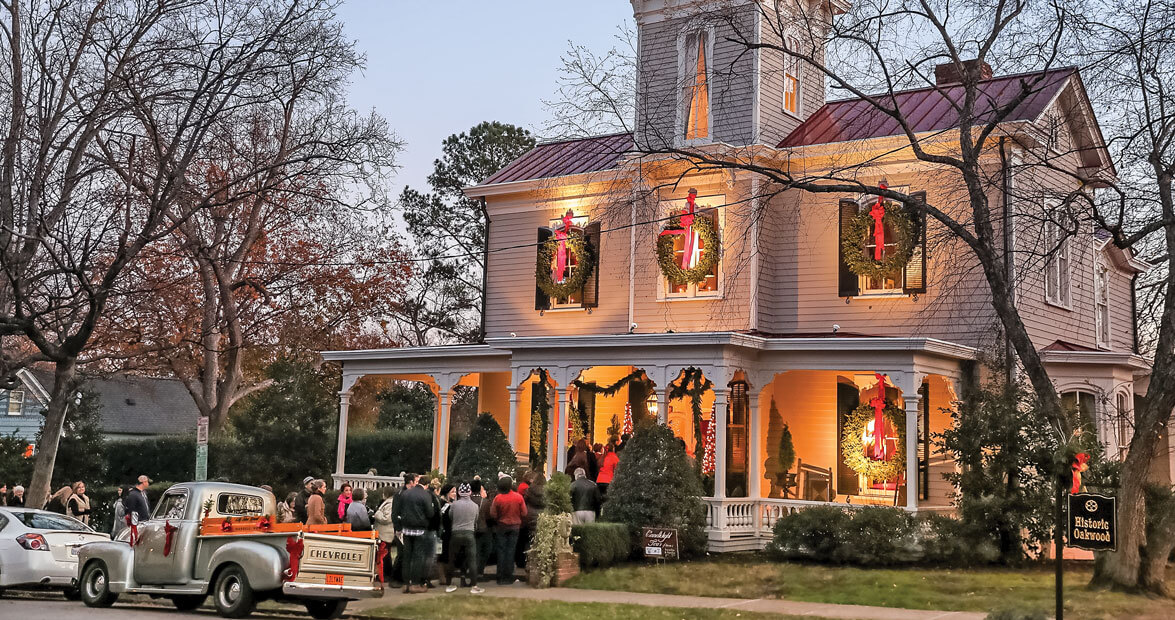 Appreciative sighs rise up around the dining room table. No, not for the green bean casserole. In fact, there’s no food here at all. Instead, admirers are snapping photos of a trailing blanket of evergreen boughs and red roses, perfectly placed china, and glittering pine cones. Those admirers?

Friendly and festive strangers, who are wandering through one of the many private homes in Raleigh’s historic Oakwood neighborhood that open their doors to the public each December.

Today, a stroll through Oakwood offers a beautiful peek back at the stages of a suburb: Spot the Italianate-style houses built right after the Civil War; the Queen Anne-style houses, with their steep slate roofs, gables, and towers, built when horse-drawn streetcars led downtown; the Neoclassical Revival-style houses, with their columns and pastel exteriors, built when the streetcars were electrified; the charming Craftsman-style bungalows that filled empty lots after World War I.

Oakwood has been, at times, both fashionable and run-down, but today, the restored splendor of this historic neighborhood is on full display. And what better time to share in the beauty of hearth and home than at Christmas?

At the Birdsong-Russell House, stockings are hung by the chimney with care. Built in 2016 and designed by owner Melissa Birdsong and architect (and fellow Oakwood neighbor) Ashley Morris, the Craftsman-inspired house is one of the newest in Oakwood. 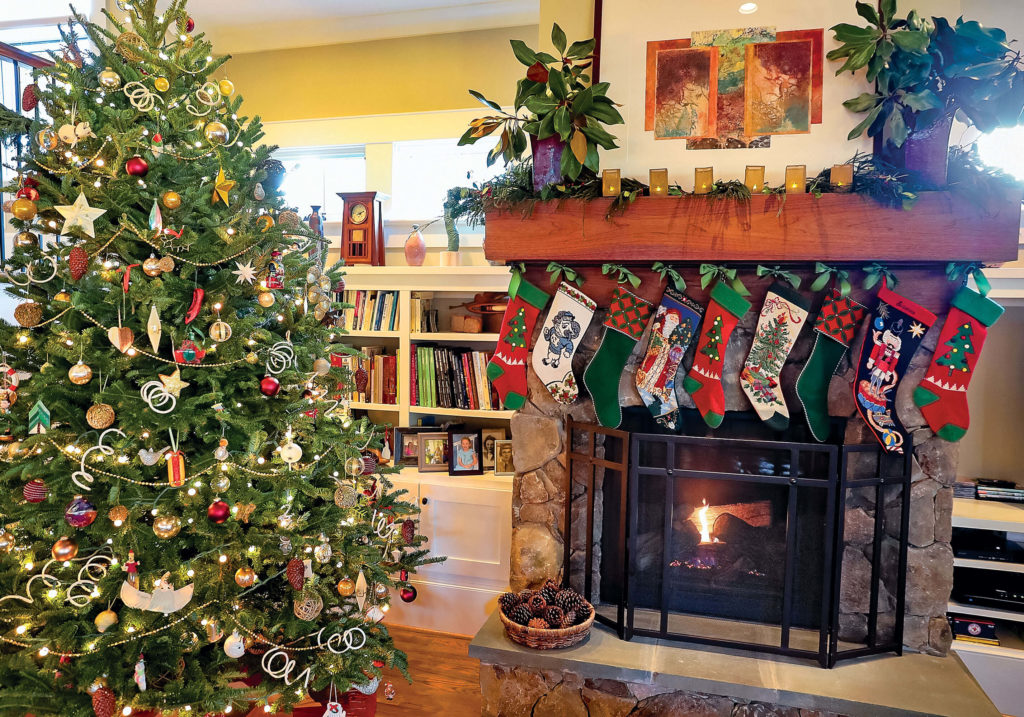 Famed builder Thomas Briggs built the Strong-Stronach House in 1871 for George V. Strong, a lawyer and member of the North Carolina House of Representatives. 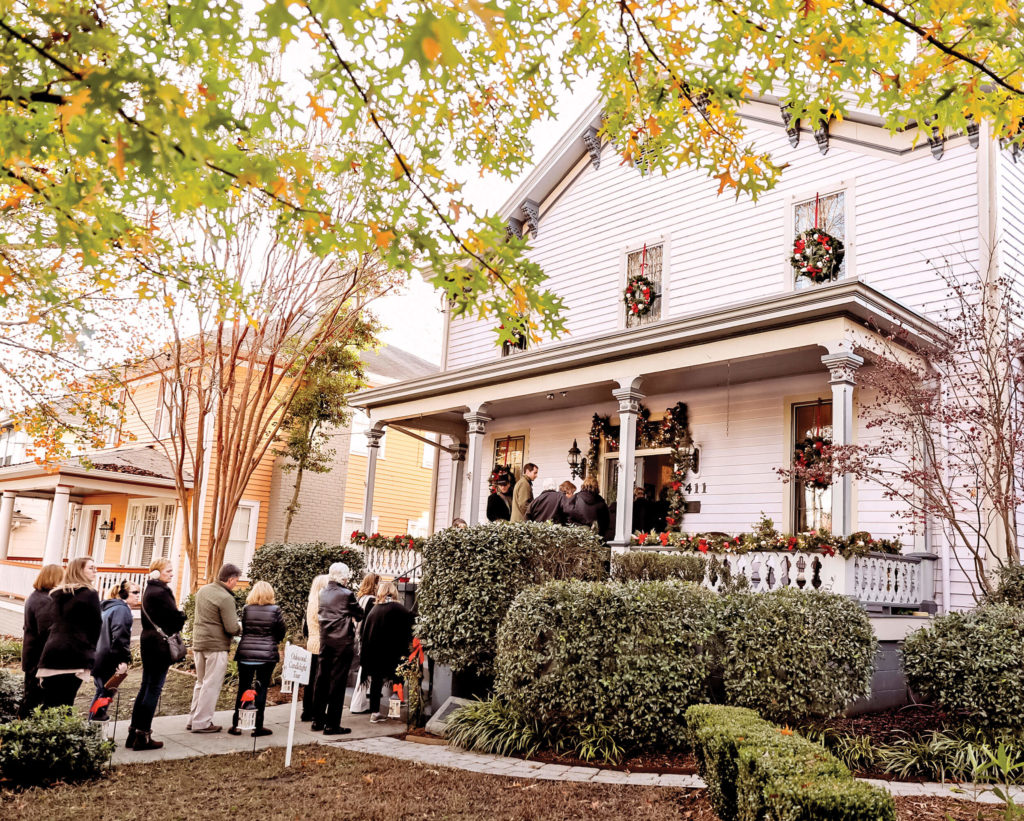 The Wright-Stronach House was built in 1879 and “modernized” in the Queen Anne style in 1890. 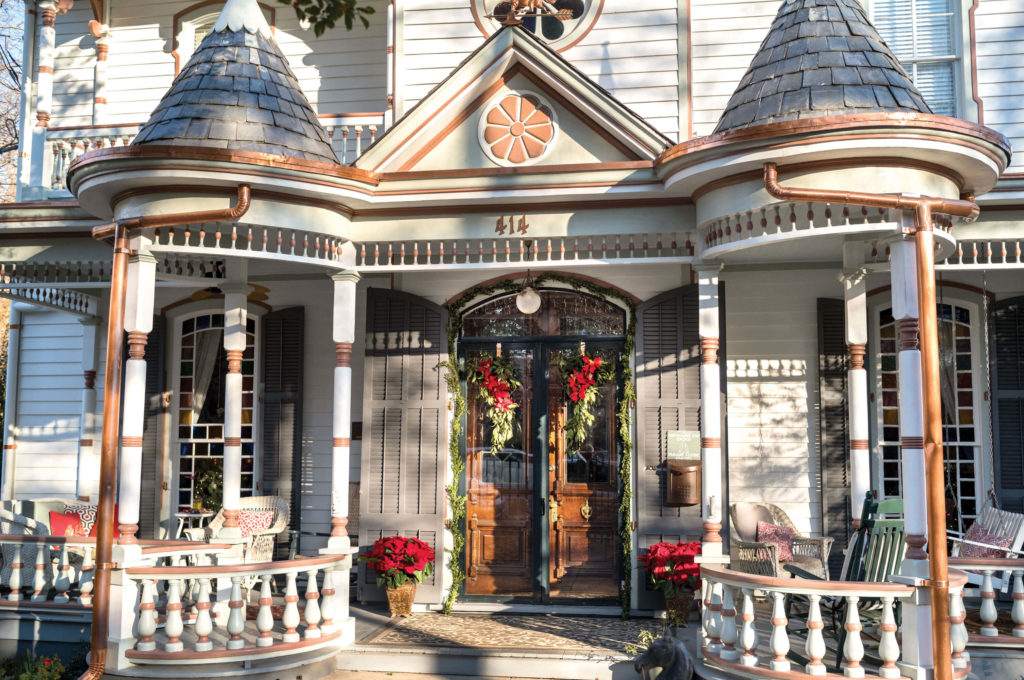 An architect and an interior designer now own the Marcellus Parker House, built in 1879, and they pay special attention to detail — especially when it comes to their lavish Christmas decor. 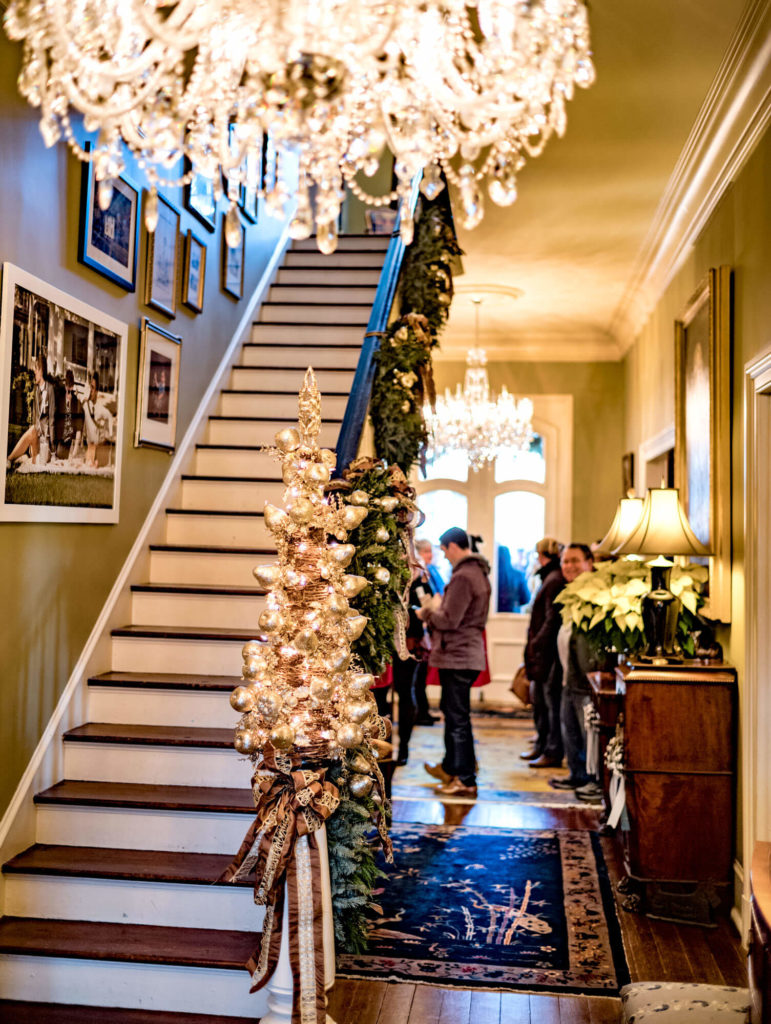 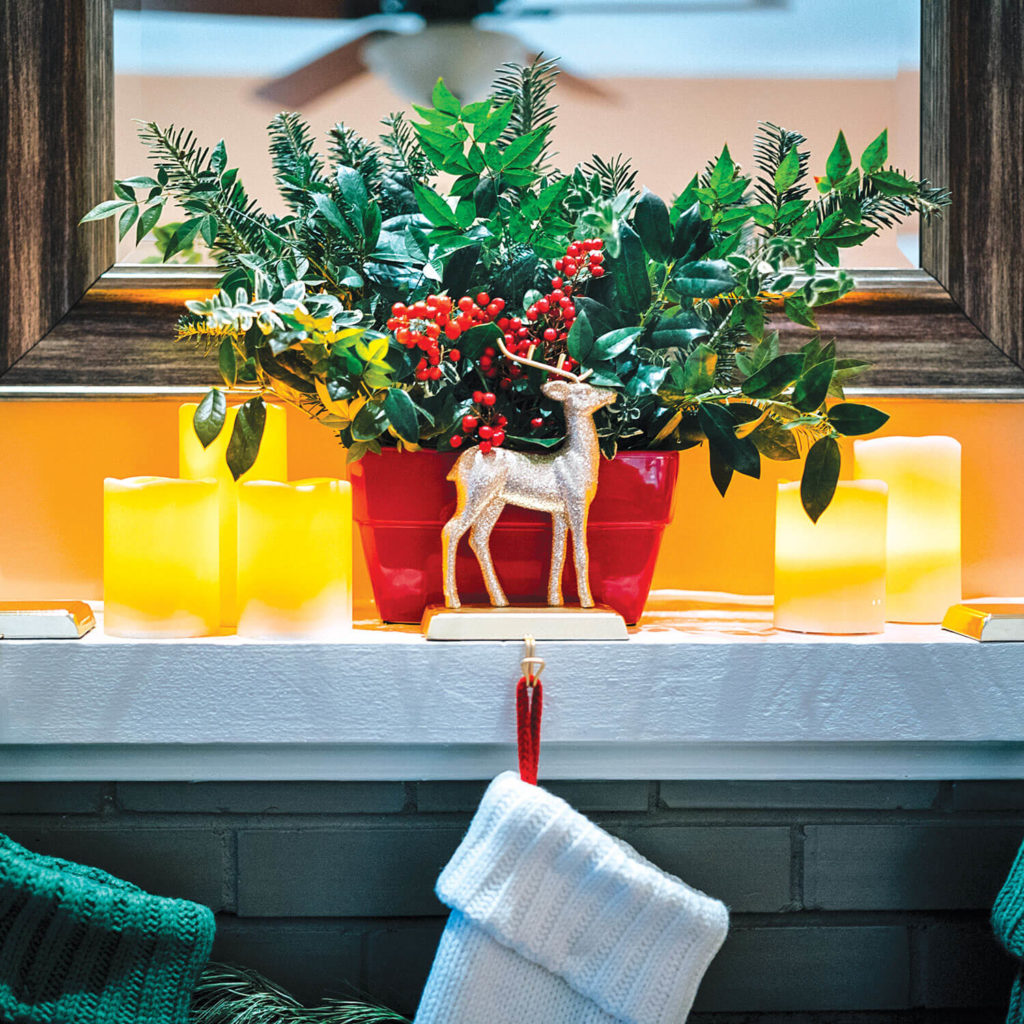 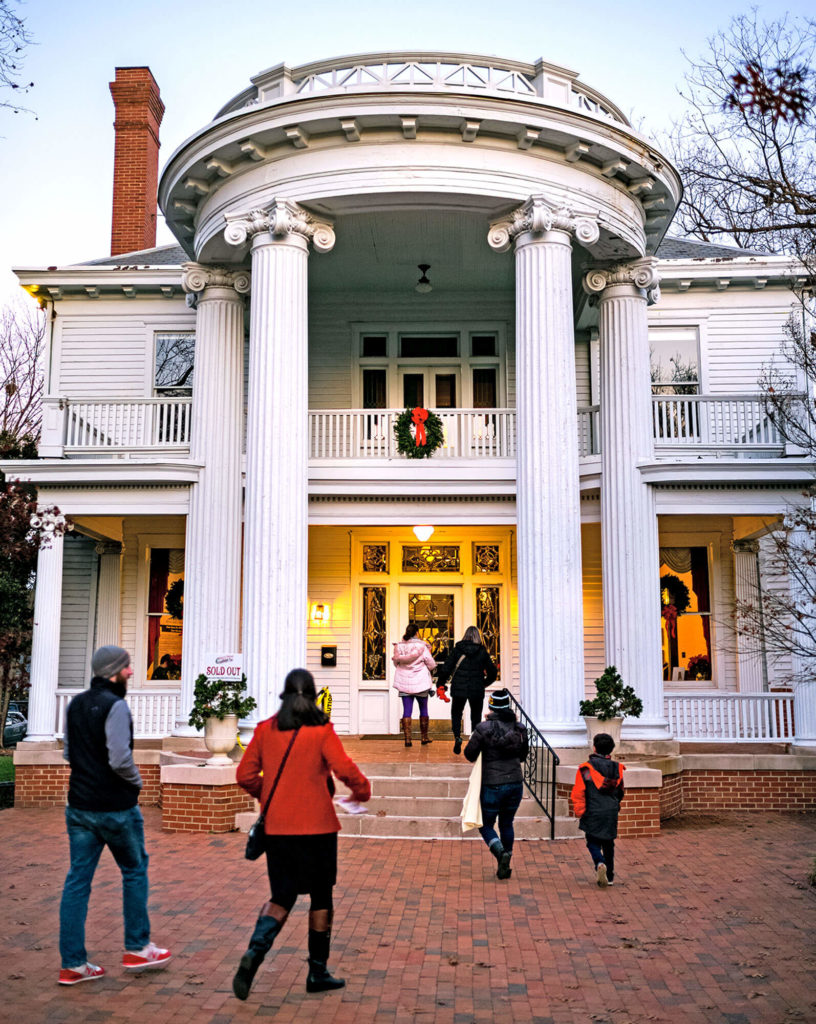 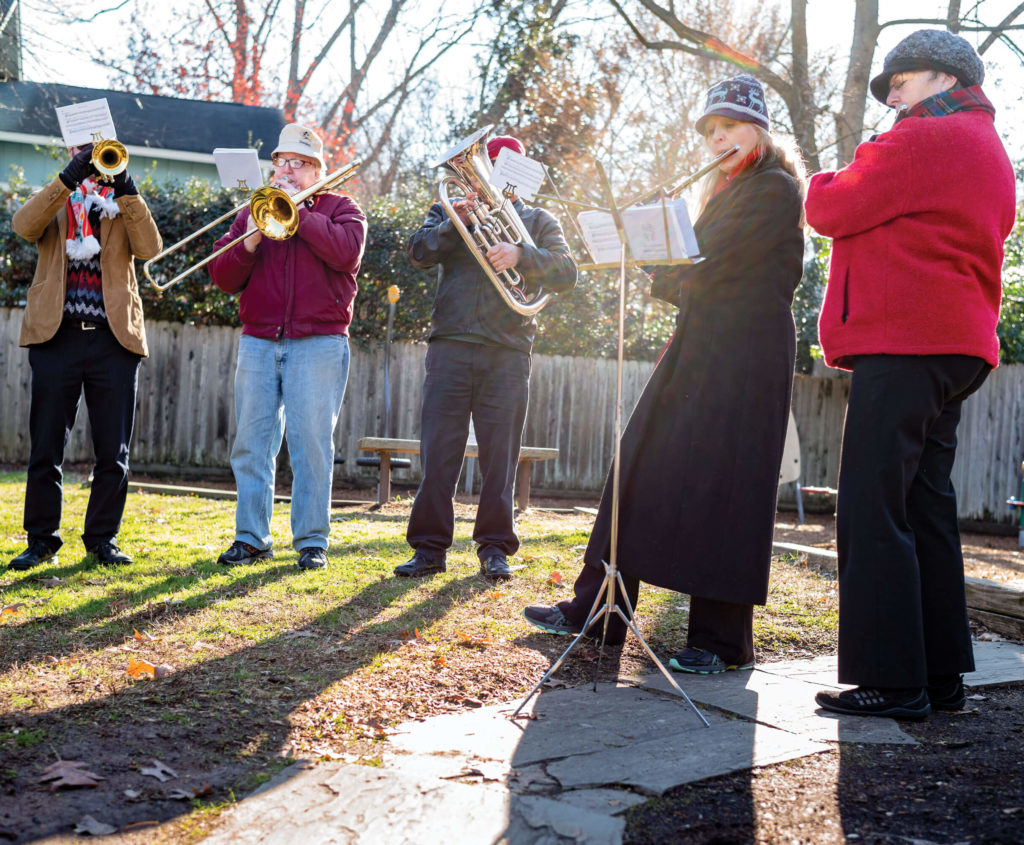 In 1972, a group of residents formed the Society for the Preservation of Historic Oakwood and held a Candlelight Tour to allow people to see the beautiful interiors of the homes. Two years later, Oakwood was designated Raleigh’s first National Register Historic District, and ever since, houses have been restored one by one. This year, the 48th annual tour will be held December 14 and 15, 2019.