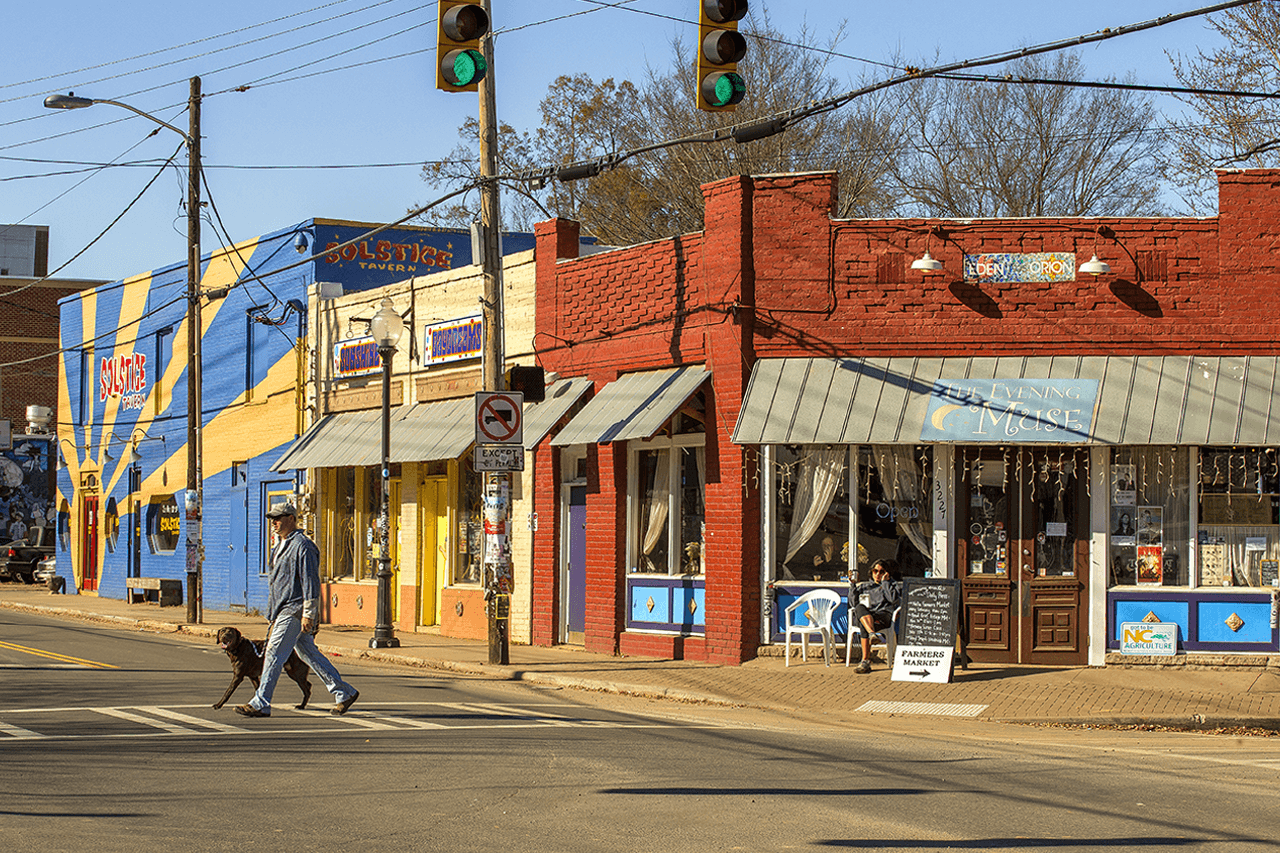 It happened right in front of me: A guy sheepishly walked up to a man, perched on a barstool, wearing a camouflage hat, sweatshirt, and fleece. They talked under the din of the crowd. Cash was exchanged. They both walked out to the parking lot, opened a trunk, and completed the sale. When the guy in the fleece got back, I asked him what I’d just witnessed. He sold that guy two 22-ounce bottles of beer for $25 each, he said proudly.

Ray Bellen, Fleece Man, drove to NoDa Brewing from Mooresville, got there at 7 a.m., huddled in the cold, pounding rain until the doors opened at 9, then waited for 84 people ahead of him in line to buy cases of NoDa’s Monstro Russian imperial stout before Ray got his hands on his. NoDa is arguably the most popular of the neighborhood’s three breweries, and it didn’t take long for word to spread about Monstro: a limited-run beer with the alcohol content of a glass of wine, aged in Van Winkle bourbon barrels. It was gone in just a few hours, leaving beer lovers who didn’t have Ray’s forethought looking for people willing to scalp them. 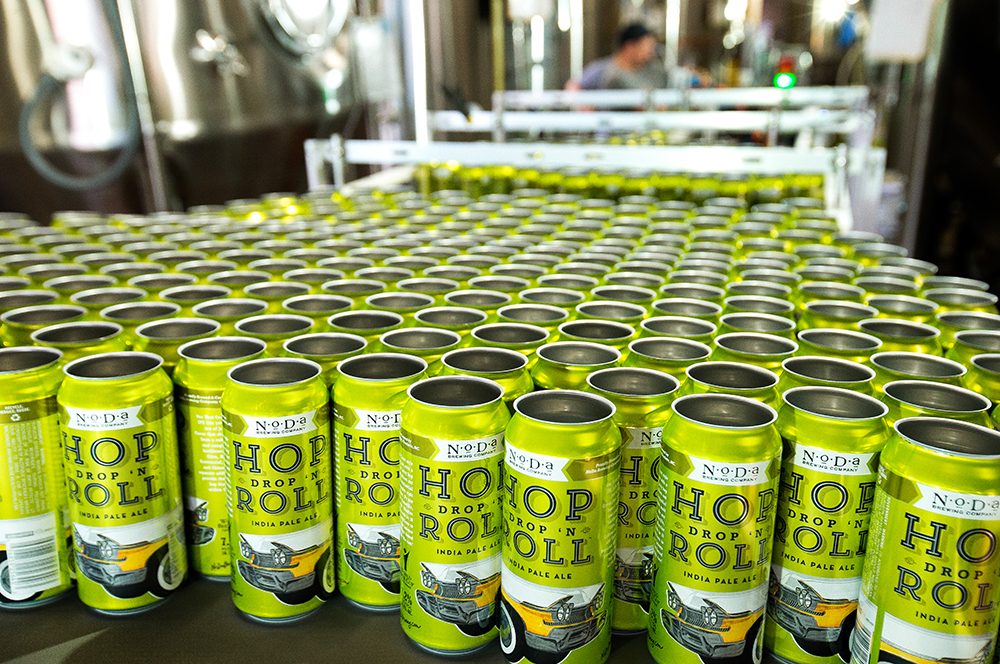 The neighborhood is Charlotte’s experiment in coexistence. It is the litmus test of a New South neighborhood in North Carolina’s New South city, where change is constant and tradition continually gives way to new ideas. The rent is low in some spots and high in others, so things that seemingly have nothing in common sit right next to one another. A car repair shop, with middle-aged S10’s and Oldsmobiles, sidles up to the Solstice Tavern, whose bricks have been painted with a yellow-and-blue sunburst. The Evening Muse is a dreamy spot to catch up-and-coming musicians. There’s a head shop next door. The Neighborhood Theatre, the hottest music venue in the neighborhood, used to show XXX-rated movies decades ago. Boudreaux’s Louisiana Kitchen has fried alligator tail on the menu. Amélie’s French Bakery sells éclairs 24 hours a day. There are creatively named hangout spots: The Dog Bar and Smelly Cat Coffee. Old mills are now apartments. During the week, the neighborhood’s dead. On weekend nights, the wait at restaurants can top two hours. There are painstakingly intricate murals painted on some buildings, and spray-painted graffiti on others.

NoDa began as a mill village along North Davidson Street (hence the name NoDa). After the last mill closed in 1975, the neighborhood drifted into poverty and crime before becoming an edgy punk rock oasis in the 1990s, thanks to the now-closed Fat City Deli. At the same time, NoDa started billing itself as an arts district, where the low rents were supposed to encourage the most creative among us to move in, make things, and sell them nearby. But the recession killed off most of the galleries on North Davidson, going from eight in 2006 to just one now. The rest left, closed, or found other ways to survive — paintings still line the walls, but the center of the stores are now full of display cases, trinkets, or tattoo artists. 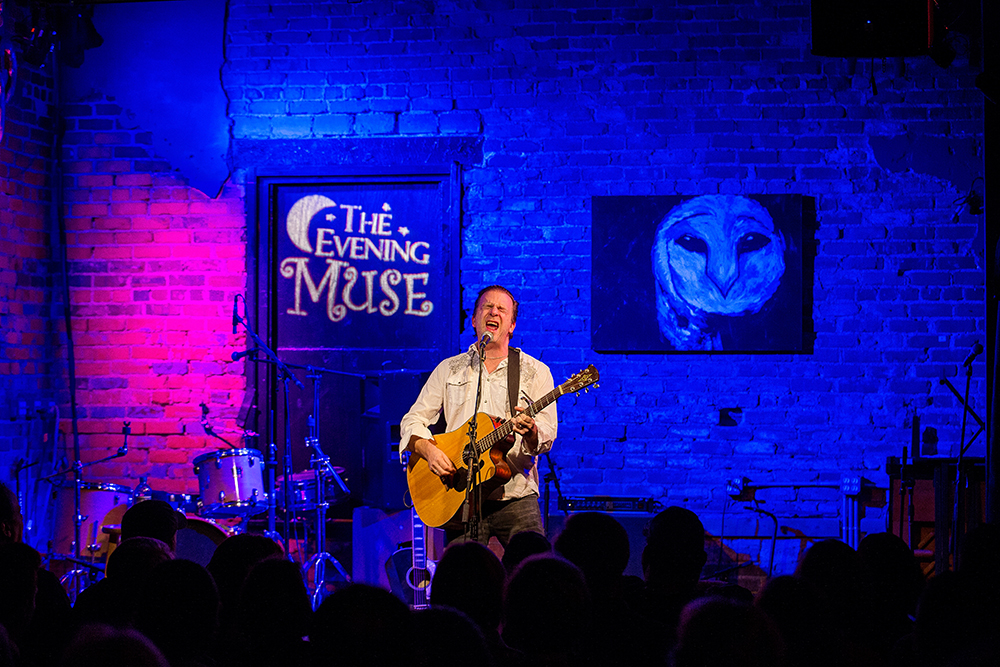 “I don’t think galleries could survive on waiting to sell a painting a month,” says Teresa Hernandez, who owns Pura Vida Worldly Art, a store on North Davidson that sells $20 T-shirts and $8,000 paintings. She’s adapted. She’s been in Charlotte for more than 15 years. NoDa’s better now than when she got here. Cleaner. Safer. Busier. Now, between 70 and 80 percent of her clientele are people in from out of town, many referred to NoDa by people working at hotel counters. When tourists ask for a cool place to go in Charlotte, this is where they’re sent.

And so NoDa remains an island of interesting in a corporate town, where Charlotte’s history has been remade into its present. The smell of the mills is gone, and the smell of Cabo Fish Taco now drifts down the sidewalk. Growlers Pourhouse serves craft beer, fresh oysters, and sausage. New apartments are going up north of 36th Street. To the west, a light-rail line is taking shape. NoDa is slowly becoming newer. It’s pushing outward. It’s changing. And that’s OK. “This neighborhood can have development and be full of character,” Hernandez says.