The train from Asheville sets out with a long line of cars in its wake: nearly 400 feet and 700 tons of timber and coal and freight barreling southeast. It’s sunny, but the weather shouldn’t matter. If everything runs right, the train will pick up produce in Hendersonville before going down the mountain to Spartanburg, South Carolina. But this morning is especially busy, men coupling and uncoupling cars all across western North Carolina, whistles ringing out through tunnels and around bends. If this engine out of Asheville expects to return safely, the conductor must sit up straight, keep his eyes peeled. But this conductor isn’t where he should be. The cab is empty, the conductor’s chair vacant — and still Train 802 rushes on.

Only, this isn’t real. Or it is real, but only sort of. The conductor of Train 802 doesn’t ride the rails but stands an arm’s length away, a remote in his hand, headphones on his ears, coffee in the air. He’s inside an old train depot with a couple dozen other men, nearly all of them retired and shuffling through the rooms in polo shirts, twisting knobs on handheld remotes. They’re part of the Apple Valley Model Railroad Club, a 100-member-strong group that runs HO-scale model trains along the three-room display inside the Hendersonville Train Depot. Outside this building, it’s 2021, but for these men inside on this Tuesday morning, it’s 1950, and there’s work to do. 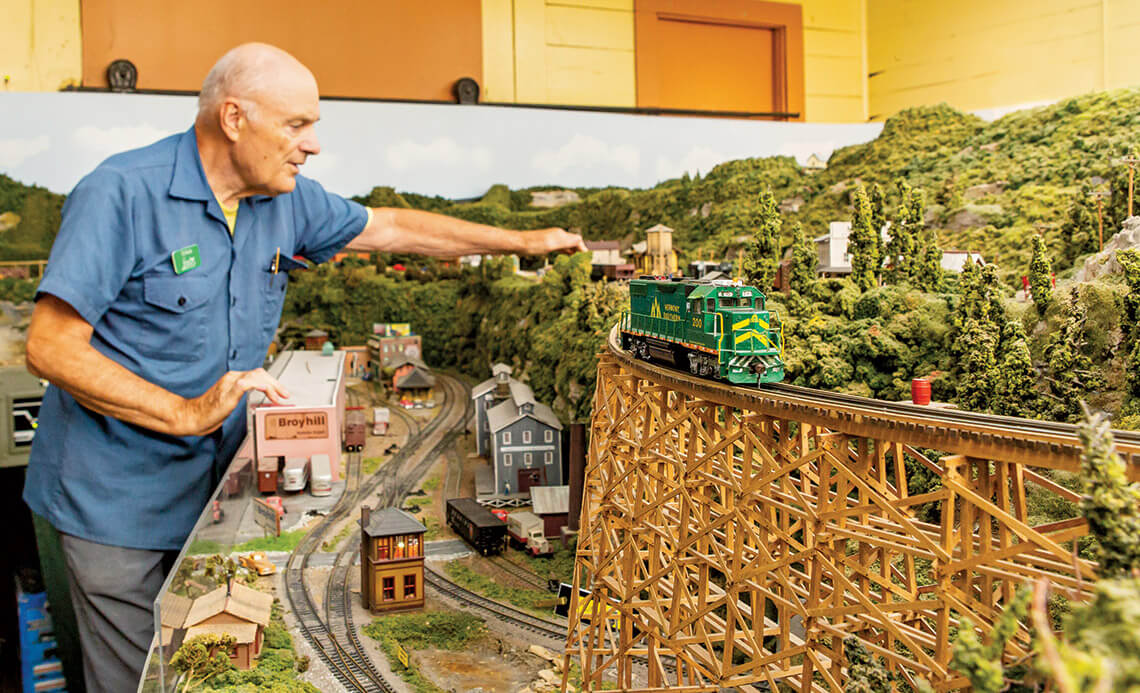 Club members like Ed Neale contribute their time and skills, from electrical engineering to historical research. photograph by Tim Robison

In the model train world, what’s happening inside the nearly 120-year-old depot down on Maple Street this morning is called a prototypical operating session. For a few hours, the men operate the tiny trains and tiny tracks as if the displays before them were the real world, the tasks and engines all shrunken versions from a typical day 70 years ago, when the railroad industry was bustling. It takes two men to run Canton’s Paper Mill. Another man serves as a dispatcher, watching the action in various boxes on a screen. The rest of the men carry detailed manifests and follow their trains from room to room because the chest-high displays and rising mountains block what’s just around the corner. They listen on the headphones for any changes or warnings and focus their attention on the radio-controlled engine pulling them from room to room — and deeper into the past. 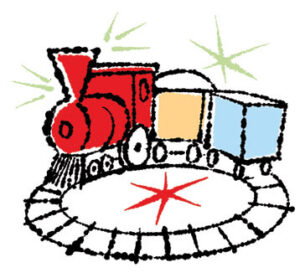 The first train chugged into Hendersonville in 1879, climbing the steepest grade in the country from Saluda to get there. Once the trains started coming, Hendersonville’s small station was quickly overrun by new residents and campers and tourists. In 1902, a new station was built, and today that station is home to a miniature version of itself.

But none of it — not the replica of the Hendersonville Train Depot nor the depot itself — should still be standing today. In the 1980s, Norfolk-Southern slated the building for demolition. It had fallen to pieces in the nearly two decades since passenger service to Hendersonville ended, so there seemed nothing left to do but clear it away. 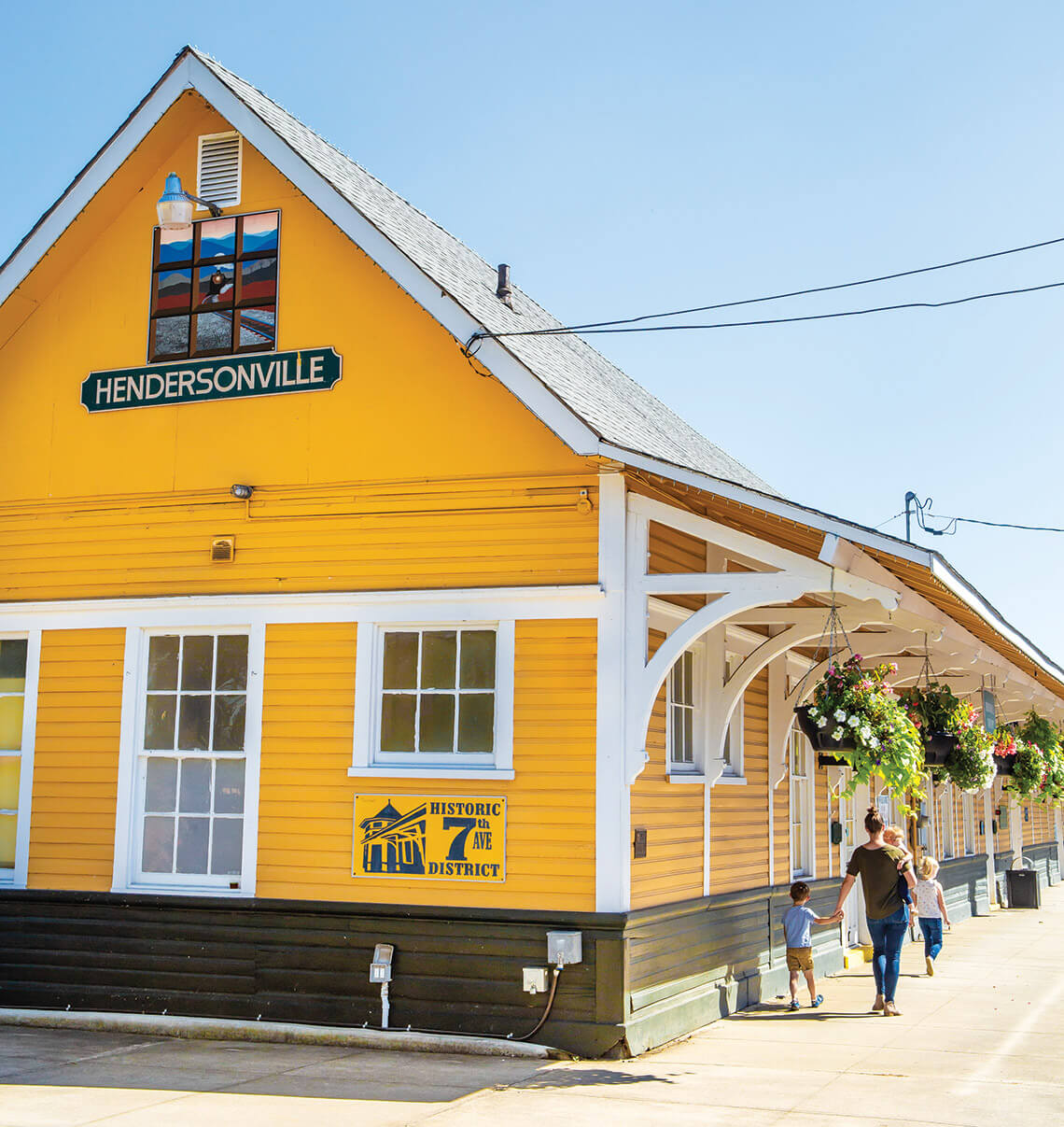 Hendersonville Train Depot was once slated to be demolished. Today, it stands proudly. photograph by Tim Robison

But people rallied, filling up petitions and carrying signs. Save the Depot! was the call of the day. The Parks & Recreation Department took the lead, collecting enough money and memories to save the structure. Then came the work of putting it back together. The model railroaders were there, swinging hammers alongside other volunteers and workers. Slowly, the station was brought back to life.

In what once had been a baggage room, the club started work on a small display, sending power into tracks and constructing a miniature Hendersonville. People came to watch. Kids climbed on stools to see the trains. The city offered the club more and more space until, eventually, the men had stretched their trains across two-thirds of the revived building. 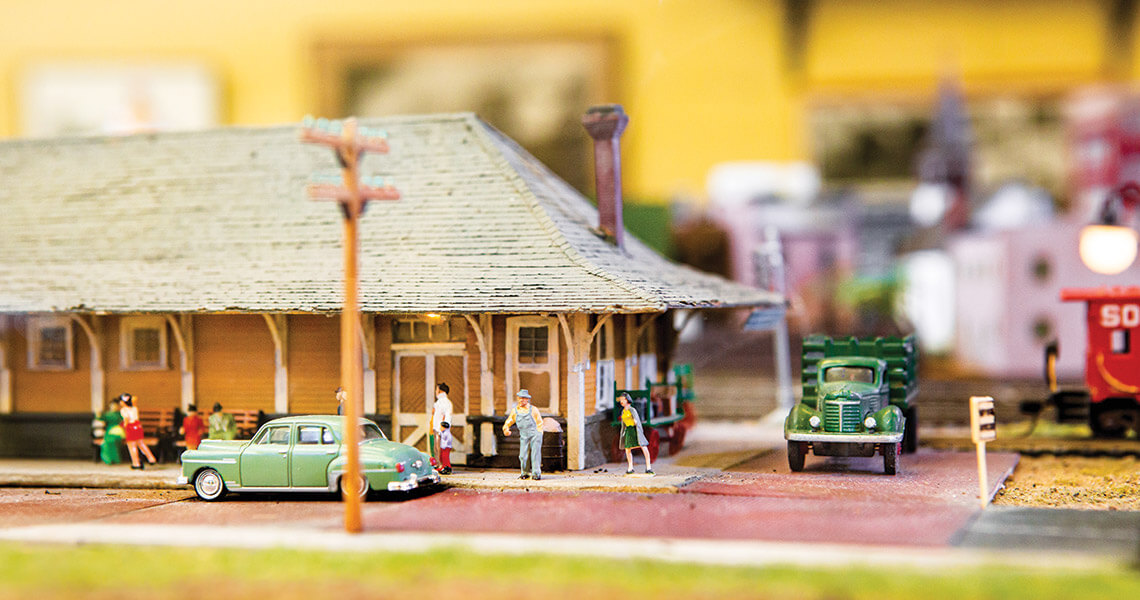 Of course club members had to re-create the depot that houses their layout. Outside the real Hendersonville Train Depot, they constructed an all-weather G-scale display, complete with live vegetation and moving water. photograph by Tim Robison

It’s tempting to say that model railroaders are simply grown-ups playing with toys. Layer on top of that these prototypical sessions, which amount to playing pretend with paperwork, and you may as well be at a sleepover. But if you step inside the Hendersonville Train Depot and stand in front of any of the intricate and massive displays, it doesn’t take long until you’re imagining yourself inside that world, too. Like Dickens’s ghosts or Dumbledore’s Pensieve, something about the fully imagined scenes there pulls you into them, into the past, until you’re surrounded by pickup trucks and lumberyards and main streets. And then — as if out of nowhere — a train chugs through, injecting life into the otherwise frozen moment, and you’re off.

On a Wednesday or Saturday, when the Hendersonville Train Depot is free and open to the public, the timeless appeal of trains is undeniable: children oohing and ahhing, aloof teenagers smiling before they can think better of it, parents studying the tiny tools inside a hand-built sawmill. Just past a functioning telegraph and the original ticket office, the world of trains begins. From the Hickory depot, the displays traverse west, raising up replicas of train stations, power plants, and feed and farm stores. Tunnels lead through mountains and walls, and the tracks split along the way, sending the Northwestern line to the upper level while the mainline runs onto the Asheville yard. 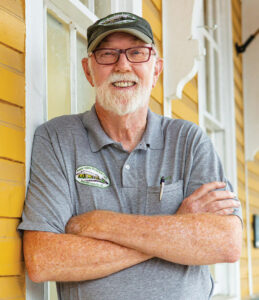 The Apple Valley Model Railroad Club built all of this. During decades of work, the members have molded rocks and scratch-built depots. They’ve studied photos and architectural drawings. Piece by piece, they’ve assembled an entire region inside the 1902 depot. “It was one of the contributing factors to me wanting to move here,” admits Larry Morton, the club’s president. He recalls stepping into the museum when he first visited Hendersonville years ago and seeing 20 men at work on a display. “Wow,” he thought then, “this is a must.”

It also helped that the first accent he heard when he walked inside was familiar to him. “That guy was from Long Island,” he recalls. The next guy he met was from Schenectady. Another from Buffalo. He finally asked if there was anybody in the club from North Carolina. “No,” someone told him, “but that guy over there has a Southern accent.” 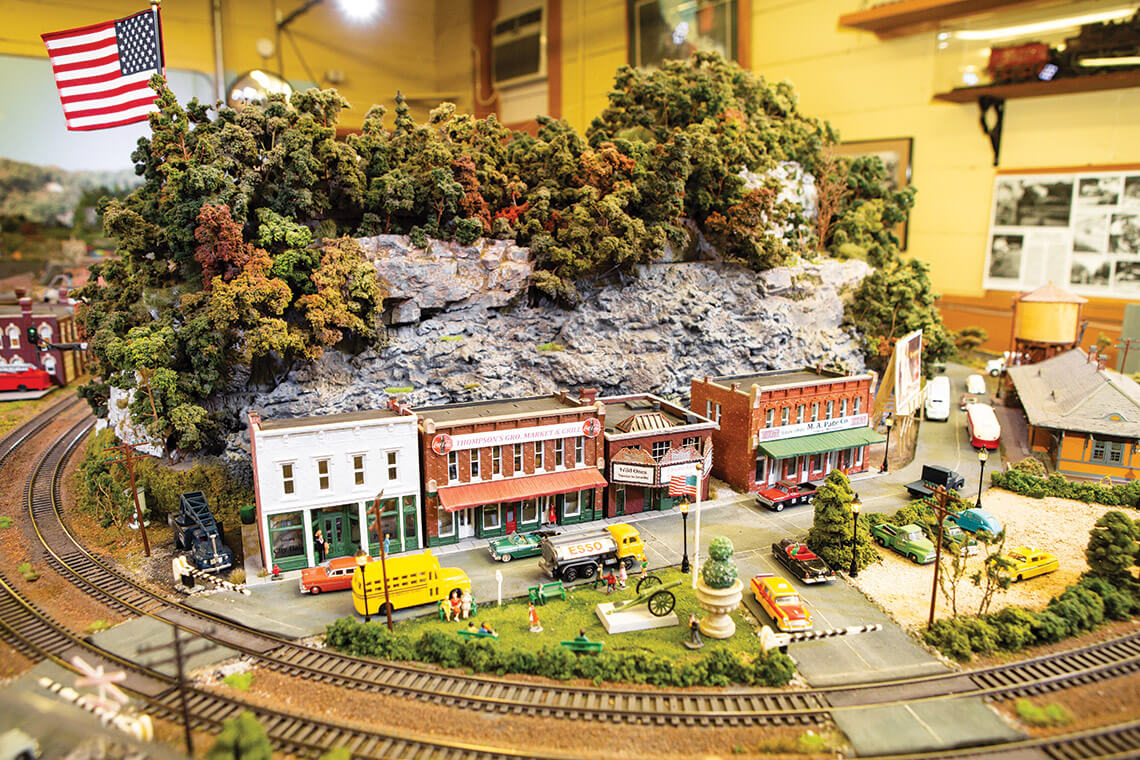 The model railroad includes a miniature replica of Saluda. photograph by Tim Robison

For these outsiders, model railroading has become a makeshift but robust local history course. Researching mining supply buildings and pulpwood mills — and then conducting trains to these miniature stops — has steeped them in the stories of the place they now call home.

What this means for you is that whether you’ve lived in Hendersonville since diapers or are just passing by, when you happen through those depot doors one Saturday morning, you may find a New Yorker inside playing with trains, ready to teach you a little something about the world around you, about a past that’s just out of reach. And he’ll have a train ready to take you there.

All Aboard! Three Spots to Ride the Rails

Celebrate the holidays at this Wild West theme park. After a 20-minute open-air train ride through a display of Christmas lights aboard Tweetsie, visitors can enjoy homemade fudge, funnel cakes, and other goodies along Main Street. Guests can also meet Santa, watch a variety show, ride amusement park rides, and make s’mores at the outdoor firepits.

Experience Chris Van Allsburg’s classic children’s story by riding the Great Smoky Mountain Railroad’s Polar Express. Pajama-clad passengers can enjoy hot chocolate and cookies — plus visits from the conductor and a dancing chef — on a roughly 75-minute, round-trip ride to meet Santa at the “North Pole.”

The New Hope Valley Railway’s Santa-themed train rides have been a holiday tradition for North Carolina families for decades. The trains, which are operated by the North Carolina Railway Museum, are part of the only historic operating railroad in the central and eastern parts of our state. During the 50-minute Santa’s Reindeer Roundup Express train ride, visitors can search for Santa’s reindeer, including Rudolph, of course. The train is one of the most popular events for the all-volunteer, nonprofit North Carolina Railway Museum.