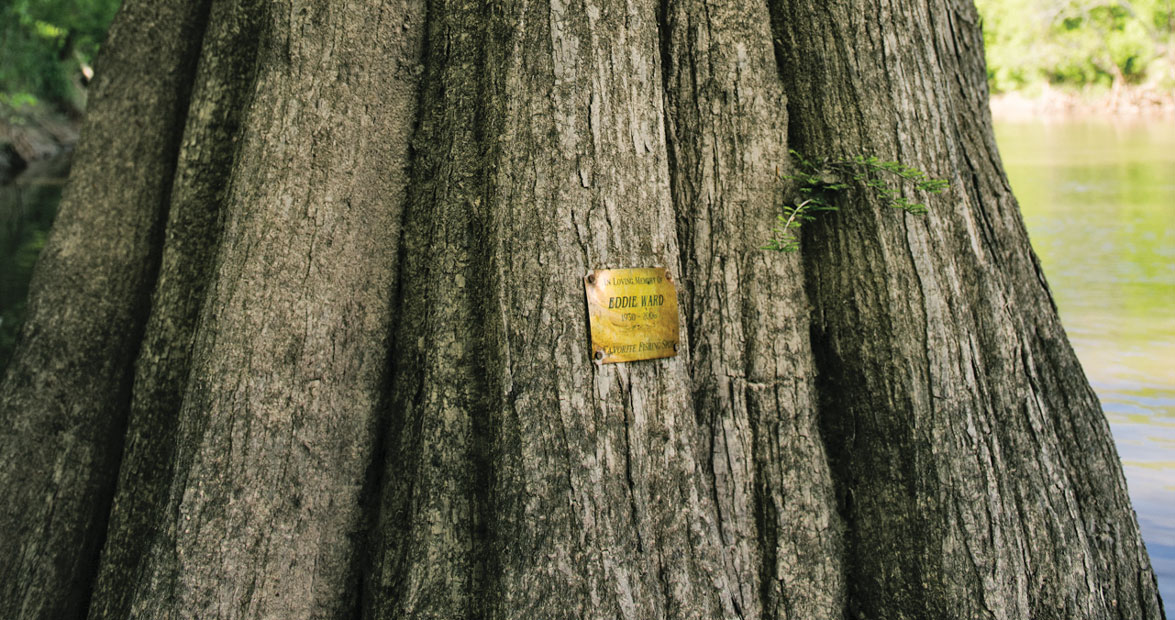 1. Familiar signs feel like old friends. For instance: A lighted JFG Coffee billboard stood just outside Uptown Charlotte from 1964 until 2009. When JFG didn’t renew the ad, people went into a sort of nostalgic panic. So much so that business owners saved and installed the big metal letters on top of VBGB Beer Hall and Garden, where they remained for five years. Note: If you sing “VBGB JFG” to the tune of the alphabet song, your toddler’s really going to struggle with letters.

2. Signs should be direct. One at the Wilmington Railroad Museum says, “To the Hobos,” and points toward a boxcar. Reader, I followed that sign. Inside? Hobo mannequins. Sitting on straw, wearing flannel, gazing upon a tin can of hobo beans, being hassled by another mannequin: a lawman brandishing a nightstick. I felt satisfied. I have an unhealthy obsession with hobos.

3. Another sign, dating back to 1590, was a little more confusing. When John White returned to Roanoke Island that year, the colony he’d established there three years before was gone, and the word “Croatoan” was carved into a post. And thus began the oldest unsolved mystery in North Carolina. The newest: Where did I put my keys?

4. In Hickory, you will see the following on various street signs: 7th Avenue NW, 7th Avenue Place NW, 7th Street NW, 7th Street Drive SE, 7th Street Court SE, and so on. These are all completely different streets. In 1951, city leaders divided Hickory into four quadrants and began renaming its roads to make addresses easier to find on a grid. Get one letter or number wrong, however, and your map app will take you to parts of Hickory you never knew existed.

6. Speaking of missing signs, a set of car keys has been pinned to the public bulletin board at Hamilton Lakes Park in Greensboro for months now. There’s no sign, note, or words to explain why, which I assume means: Hey, free car! (Looks at item No. 3 in this list.) Wait.

7. A spinning orange Unocal gas station ball (the one with a blue 76 on it) once sat at the end of pit road at North Wilkesboro Speedway. When the track closed in 1996, the sign remained, motionless, until 2014, when driver Dale Earnhardt Jr. “commandeered” it and put it on his property in Mooresville — further proof that when it comes to amassing tantalizingly obscure NASCAR souvenirs, Dale Jr. always wins.

8. There’s a little plaque on a bald cypress tree that sticks out of the Cape Fear River near the town of Tar Heel. After Eddie Ward died in 2006, his children put the sign there, at Eddie’s favorite fishing spot, in memory of their father. It’s small and hard to find. But sometimes the smallest signs carry the most meaningful messages.