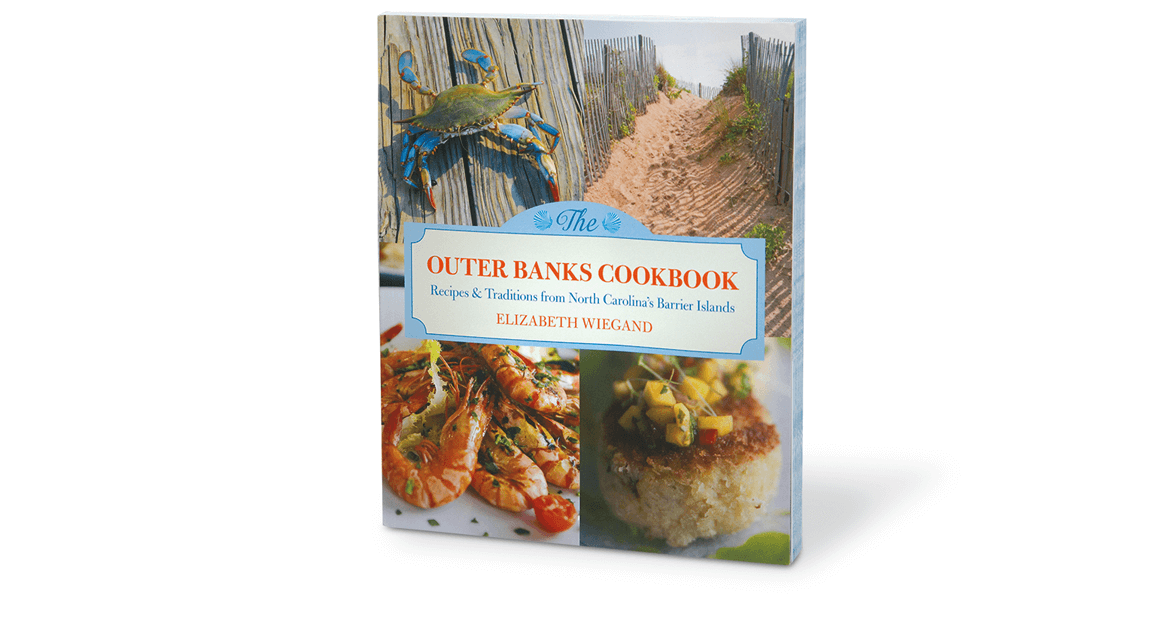 Elizabeth Wiegand grew up on a farm in Granville County, in a small place not far from bigger places like Raleigh and Durham to the south, Roxboro to the west, Henderson to the east.

When you grow up in a rural place, where the same landscape surrounds you for miles, a shift in scenery can really change you. A visit to Raleigh or Durham or Roxboro or Henderson can make you wonder what else is out there.

Wiegand always dreamed about what lay to the far east of her home. An ocean, she knew, and stretches of beach. But the Outer Banks, specifically, always held the promise of wonder.

When Wiegand was 12 years old, her Canadian grandmother flew down to North Carolina, and, to celebrate the occasion, the family drove east, taking U.S. Highway 64 to Nags Head. Finally. Wiegand remembers the coast as a warm and stunningly beautiful place on that first trip.

Wiegand sat down with locals — Bankers, as they’re called — to write down their recipes, including not only ingredients but also techniques. Like how Edith Stowe Oden swears that whiskey is the secret to what makes her fig cake so sumptuous. Or how Ivadean Priest, who lived her entire life on Roanoke Island, insisted that only a cast-iron skillet would do to fry oyster fritters.

Then there’s a recipe for roasted stuffed striped bass in the cookbook. It’s inspired by the seasonal run of stripers, which, driven by cold weather in December and January, swim south from as far north as Maine. They come here seeking the warmer currents just off Cape Hatteras.

For these fish, just like for a young Wiegand and the lifelong Bankers she met, the Outer Banks have always been a hospitable escape.