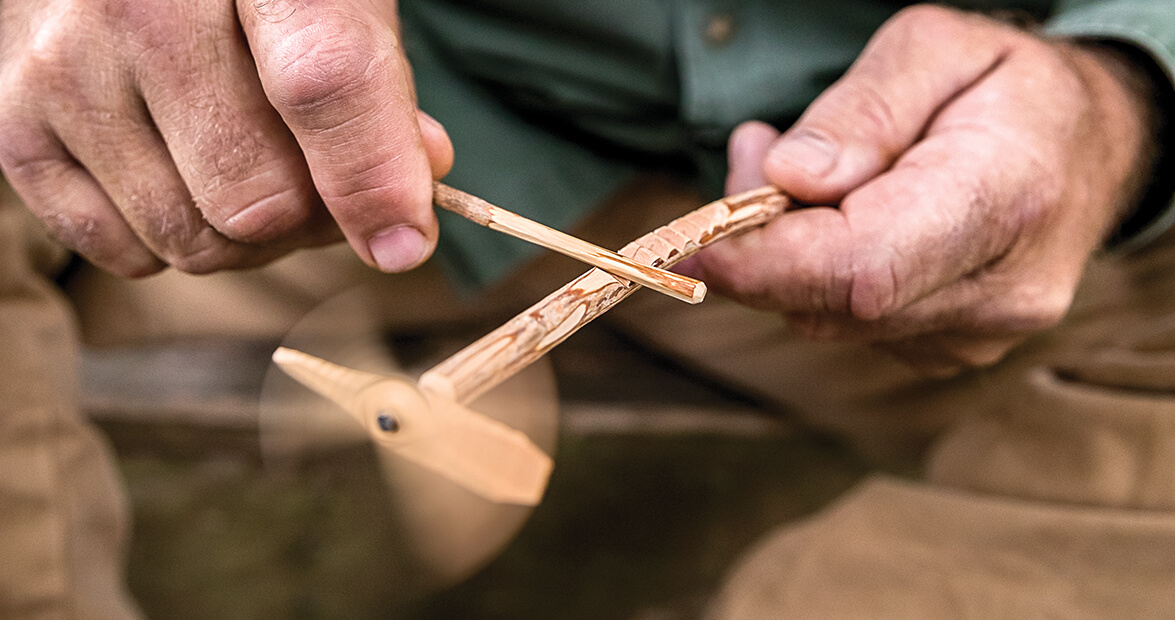 One thing I know for sure about the gee haw whimmy diddle: It drove my kids nuts.

I’m certain you know what I’m talking about, but in case you’re rather new to these parts, a quick explanation: Whimmy diddle describes a traditional toy of the Southern Appalachians. It’s made by whittling a couple of pencil-thick sticks — mountain laurel or rhododendron, usually. One is carved with notches along the middle section, and a tiny carved wooden propeller is nailed to the end. The other stick is whittled smooth, and is used to rub the notches on the first stick — which somehow, most likely due to mountain spirits and old haints hovering nearby, sets the propeller to spinning. And I mean spinning like crazy. The “gee” and “haw” are old terms that were used to direct a plowing mule to pull to the right (“Gee!”) or to the left (“Haw! I said haw, you #&*#*@ mule!”). Put them together, and you have the gee haw whimmy diddle, yet another of North Carolina’s charming curiosities.

I’m not quite sure where I bought the gee haw whimmy diddle I used to torment my children. Most likely in Blowing Rock, where we’d frequently take the kids for a few hours of shopping and ice cream whenever we were in the hills. Regardless, at some point in the nurturing of their young lives, I pulled out a gee haw whimmy diddle and let the magic happen.

“Y’all ever seen one of these?” I asked. At the time, I was met with the wide-eyed anticipation of innocent children who still marveled at the secrets of the universe that seemed to be under the sole command of their beloved father. Markie was 7 or 8, I’d guess. Jack is three years younger. Back then, Daddy could form magic and pull mystery out of thin air and a couple of sticks, and the kids were enraptured by quarters plucked from ears and the queen of hearts pulled from the middle of the deck. Those days went by quickly, come to think of it. All six of ’em.

But at the time, I had those little suckers in the palm of my hand, almost literally, as I held a whimmy diddle and got that propeller spinning like mad. That’s pretty easy to do, actually. Most grown-ups can work out the mechanics in a minute or two. But to make the propeller come to a full stop, reverse course, and start spinning in the other direction — well, now, there’s a bit of a trick to that. And a decent gee haw whimmy diddler can make the propeller stop and start and spin three times and stop again and reverse direction for half a spin, over and over, so that it seems to be obeying the very whims of its master.

My beloveds begged me to tell them the secret. They tried to whimmy the diddle time and time again, with little success. Markie, older and more easily jaded, finally just quit playing the game. But Jack pestered me for weeks. Please, Daddy, please show me how. No way, I said. Give away the magic and you might lose it yourself.

Physicists, mathematicians, and various related scientists — people otherwise known as “spoilsports” — have plumbed the mysteries of how rubbing a couple of carved sticks together can set up such a mysterious motion. They draw similarities between the gee haw whimmy diddle and the theoretical Feynman-Smoluchowski ratchet, a perpetual motion machine that, un-perpetually, fizzled out upon closer examination. Just this past year, physicists at Cornell University published a paper on the mechanics of the whimmy diddle. I read another report from a Harvard math whiz that described the rubbing of a whimmy diddle stick as producing “a vibration whose elliptical excitation is transformed into rotational motion of a propeller.”

I have no idea what he’s talking about. But I do know that when you rub that thing the right way, it spins like crazy. All you have to do to make the propeller stop and reverse direction is holler Gee! or Haw! That’s all you’re getting from me. If I didn’t tell my own larvae the trick, I’m not going to spill it to strangers. There’s still some magic and mystery in this world, as long as I have anything to do with it.

I wish there were more toys as simple as the gee haw whimmy diddle, toys that didn’t teach a scientific concept or encourage shared decision-making or help a 2-year-old get a leg up on kindergarten. Things you just piddle with. There can’t be three kids alive today who know how to play tiddlywinks. Show most kids a shooter marble, and they’ll start looking for the battery compartment. I’m neither Luddite nor codger. I scroll through Facebook 20 times a day like every other trained modern monkey. But if it weren’t for the Cracker Barrel and its tables set with peg boards, the era of homespun wooden toys might be gone forever.

I’ll admit that I went a little bonkers over the whimmy diddle. Once I mastered that off-the-shelf Blowing Rock edition of the toy, I went full-bore custom. I whittled a whimmy diddle out of its traditional material, mountain laurel, and notched the stick with deeper notches and steeper sides. I practiced in my office for periods of time I’d care not to admit. My intention was to compete in the Annual World Gee Haw Whimmy Diddle Competition, held each year at the Folk Art Center on the Blue Ridge Parkway. There, competitors are judged on how many times they can stop the propeller’s spin and reverse the direction. I will say that I got to the point where I could break the world record for propeller direction shifts more times than not. I was completely dedicated to my sport, and was making plans for Asheville. 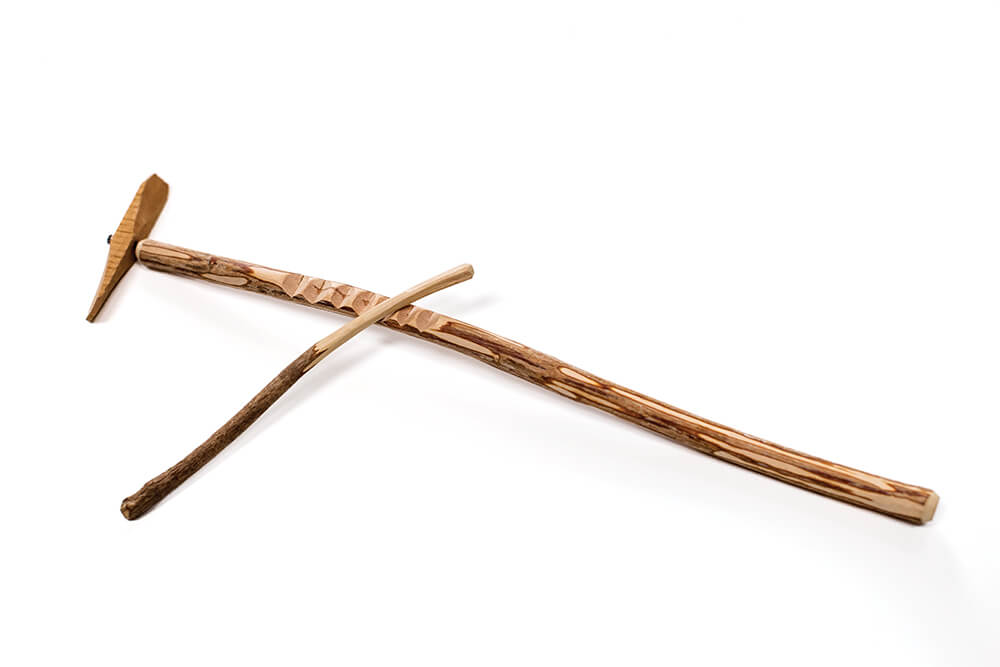 But at some point, I realized that I had misread the rules. I thought competitors had a full minute for each performance, and I’d perfected a 60-second routine that would dominate the tournament. But beginning competitors really have only 12 seconds to perform their magic, and whimmy diddle pros only get four. That’s a pretty big difference, let me tell you. Turns out that I was only about one-sixth as awesome as I’d thought, a figure that has remained pretty constant across a number of disciplines, and one which my children likely would have figured was spot-on.

Looking back, having to drop out of gee haw whimmy diddle training was probably a good thing. After a while, during my most intensive practice sessions, the kids would look at me as I sweated over those sticks, and there was unease, if not downright concern, in their eyes. Gone was the magic. Yonder the mystery. Really, Dad? their little eyes asked, as if I were walking the dog in a plaid bathrobe and black socks. The whimmy diddle again?