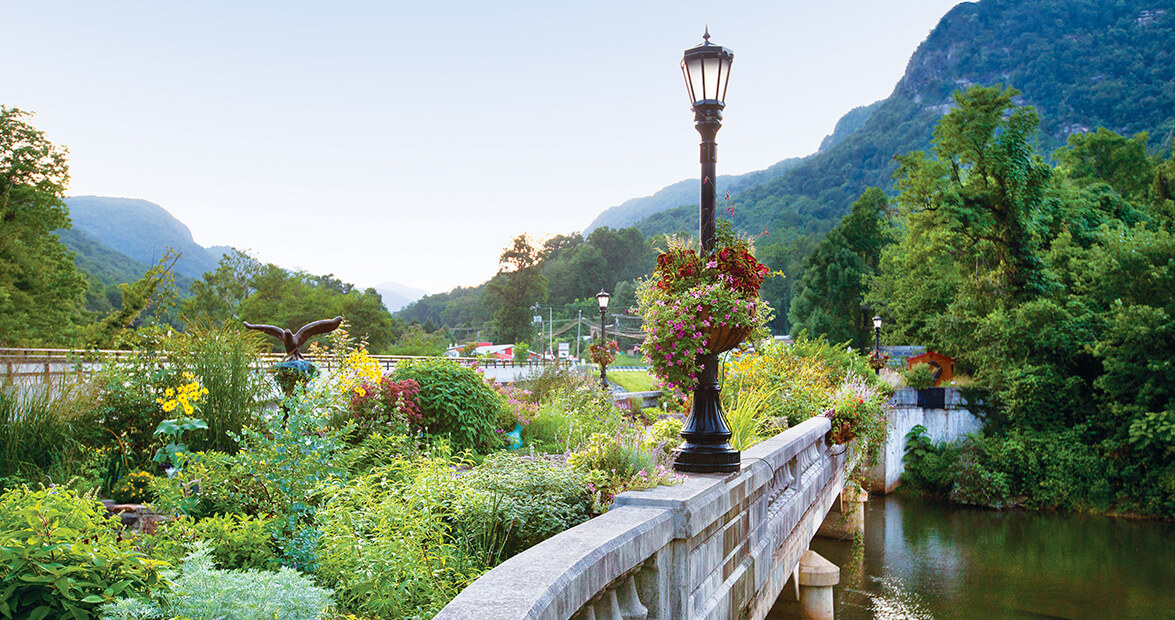 Once, the 1925 bridge over the Rocky Broad River was just an aging part of the road between two villages. Engineers had deemed it “functionally obsolete,” and by 2010, a replacement was rising not 50 yards upstream. Lake Lure resident Bill Miller had an epiphany that year. He pulled his car over near the old bridge and, “for the first time, I got to see the beauty of its triple arches,” he says. It brought on a vision from childhood: a garden laid on an old trolley-way on a bridge over the Deerfield River in Massachusetts.

So he called a meeting at Town Hall. The 50 people who came had a big job ahead of them: to convince the Department of Transportation to hand over 155 feet of infrastructure, to build a garden on cement, and to avoid disturbing a sensitive aquatic ecosystem.

Yet what they needed came. The project was unusual enough to be engaging — it’s only the second of its type in the country — and possible, too. The whole community contributed, from stone masonry to electrical wiring to gardening. “We weren’t talking about building the Taj Mahal. We were talking about gardens — and though there were a lot of complexities, it really caught people’s imagination,” says bridge advocate Lee Armstrong.

By 2013, there was a path winding around a dozen blooming planters, all lit by a set of new lampposts. Today, you can smell basil in the herb garden or stare into the folds of a bat-faced cuphea. And you can learn from the bridge’s keepers. “We spend probably 50 percent of our time out there just talking to people,” says gardener Kathy Tanner. The bridge has that effect. Someone’s always working out in the sunlight, and someone’s always just discovering the place. “The bridge itself, apart from the flowers, has become a bridge for all kinds of people,” Miller says. “This is a place where people come together.”