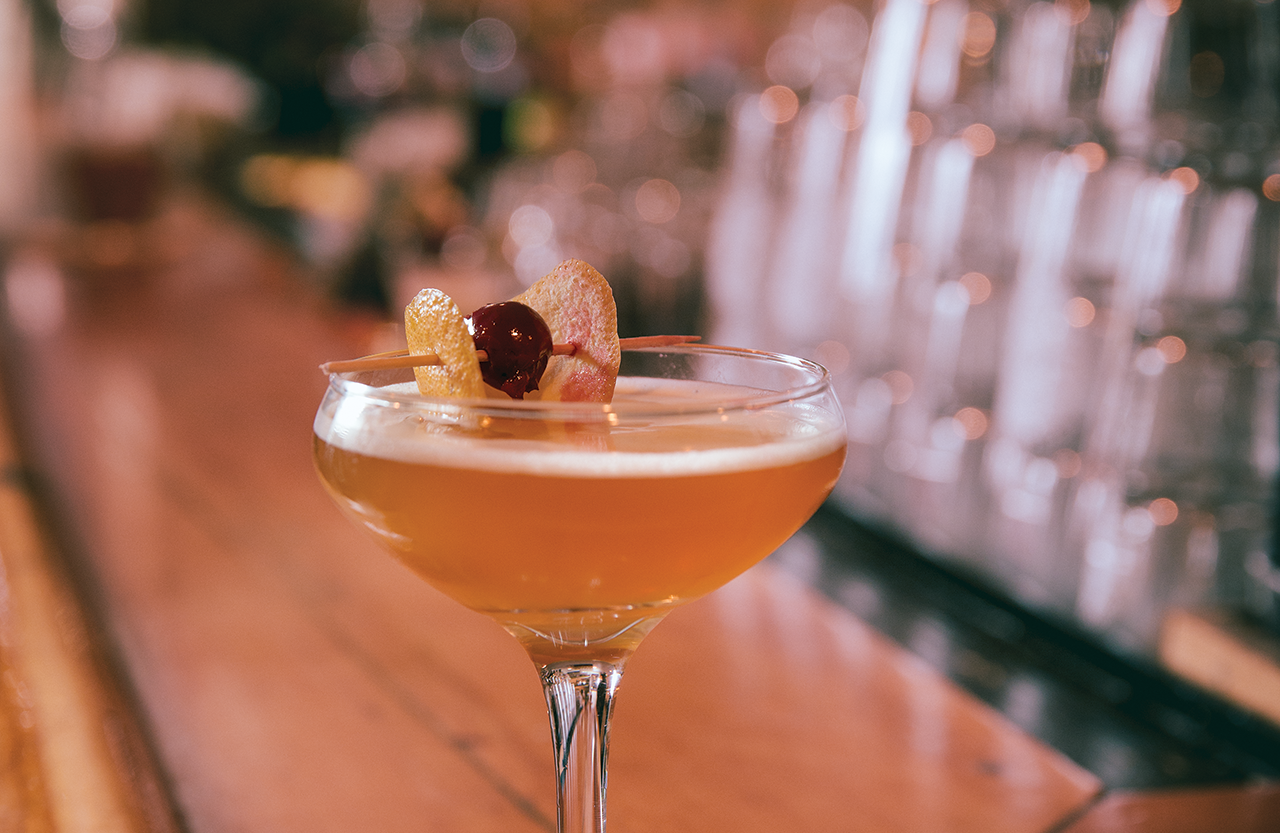 Single Brothers in Winston-Salem is a study in contrasts. It has an extensive and innovative cocktail menu, many craft spirits, and even a garden out back to grow mint and basil to mix into drinks. On the other hand, it also has a beer cave, and low-priced Tecate is one of the most popular items on the menu. As you quickly learn, there’s no “typical” at Single Brothers. It’s not just a quirky local bar: It’s the place where Winston-Salem residents take their out-of-town guests to experience the full range of the town’s character, one among a handful of bars, art galleries, event spaces, and restaurants that are bringing crowds of people to Trade Street and energizing downtown.

Just make sure you do head downtown: If you Google “Single Brothers,” you’re likely to end up at the building the bar is named after in historic Old Salem, a Moravian community that was one of the area’s first settlements. And that would probably be a bit of a disappointment, because instead of sampling cocktails, you’d end up spending the evening in the 1700s with historic interpreters. Fun, sure, but probably not what you had in mind.

Single Brothers — the bar — is housed in a low-slung building that  was once the office for a weekly newspaper. And with the paper’s investigative spirit still lingering in the air, the bar is a great place to get to know friends, quickly. As they say, in vino veritas.

With that in mind, I take my soon-to-be-married neighbors, Johnny and Catherine, to Single Brothers for one of the bar’s signature cocktails, the Appalachian Dawn. My real motive? To try to find out what makes their relationship work.

Like Single Brothers, my neighbors are an interesting and perhaps even improbable mix. Catherine is in her last year of medical school and wants to be a psychiatrist. Johnny works in real estate, but likes to juggle and do circus bits on the side. She’s a rule follower and will pour milk out the day it expires. He likes practical jokes and doesn’t mind eating the brown spots on avocados. She prefers a single glass of wine or a cocktail. He knows his way around a keg stand. The two aren’t exactly opposites, but they’re just different enough that you have to wonder if he’s blackmailing her in some way, or vice versa.

The night we visit Single Brothers is a slow one. But because the bar is so intimate — lit by candles and containing just a handful of seats inside — the small crowd feels substantial. We order our Appalachian Dawns, and the bartender sets to work, expertly combining Rittenhouse Rye, Foggy Ridge Pippin Gold apple cider and brandy, tupelo honey syrup, and a dash each of Fee Brothers Lemon and Old Fashion Bitters. Created by former bartender Jay Dunbar, the Appalachian Dawn was honored last year by Slow Food USA as one of the country’s best cocktails.

Our drinks are served, and we take our first sips. Catherine offers an assessment: “This is a good cold-weather drink,” she says. “Warm and cozy. You can taste a lot of the spices.”

“A good after-dinner cocktail,” Johnny says. “Or maybe a good drink to start out the night with friends.”

“Definitely,” Catherine agrees. “If a girl likes whiskey, this is what she gets.” 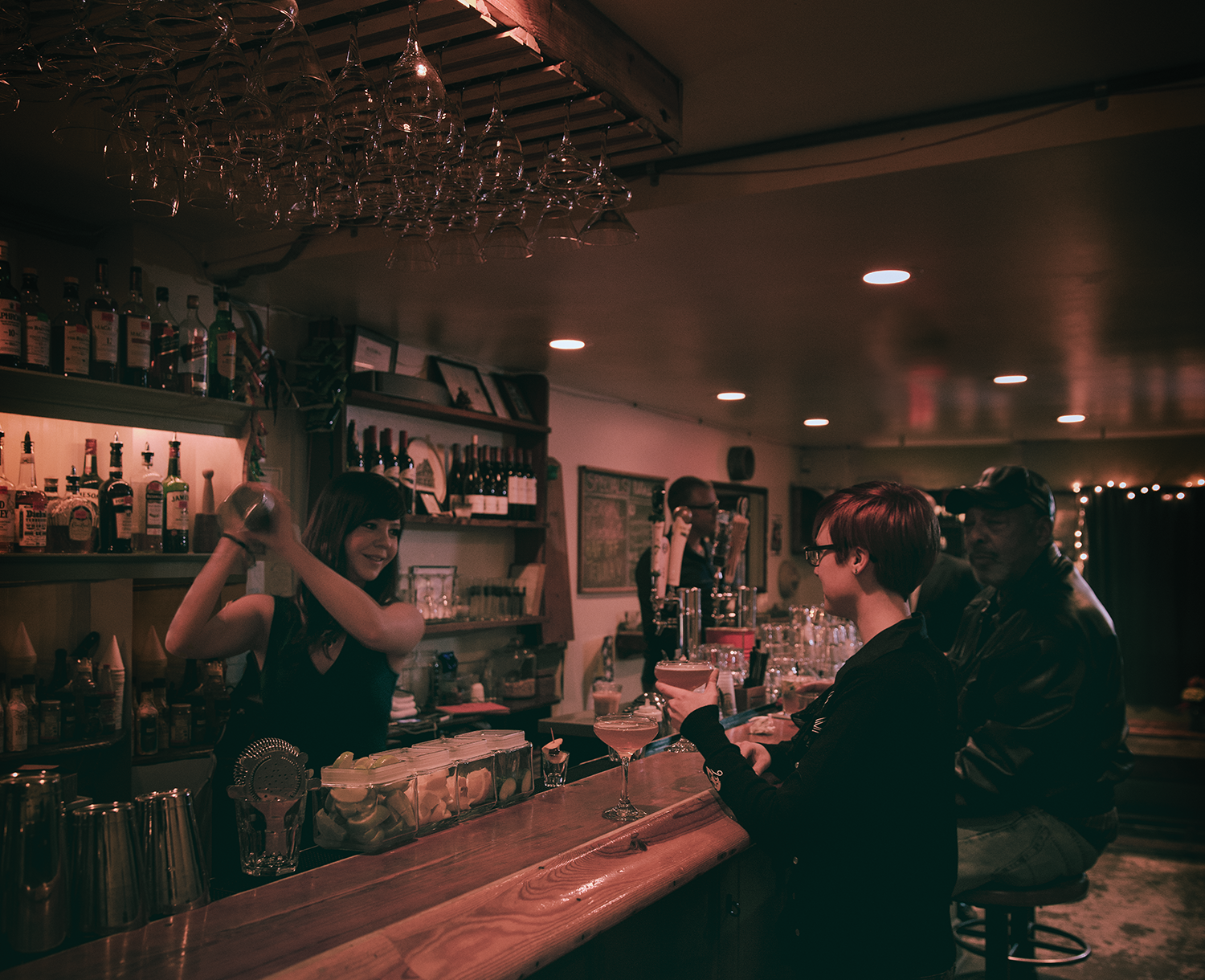 Then — maybe it’s the whiskey, maybe it’s the brandy — our talk turns to the less agreeable topic of the couple’s quirks: Johnny volunteers that Catherine licks her fingers when she’s nervous.

“No, I don’t!” says a stunned Catherine. Then, “I don’t like the way Johnny drives.”

“For the record, I’ve never been in a single accident,” Johnny counters. “Besides, aggressive drivers have fewer accidents.”

“You cause road rage,” she insists.

Things get dicey for a minute, but Single Brothers, ever cozy and calming, works its charms, and the conversation never veers into unpleasant territory. The night ends with Catherine and Johnny smiling and holding hands, their wedding still on track.

I don’t gain any groundbreaking insights into the perfect relationship, or even much dirt on my friends. Still, I leave the little building on Trade Street feeling like I’ve discovered something: The Appalachian Dawn is a great conversation starter, and Single Brothers is the ideal place to get to know your neighbors.