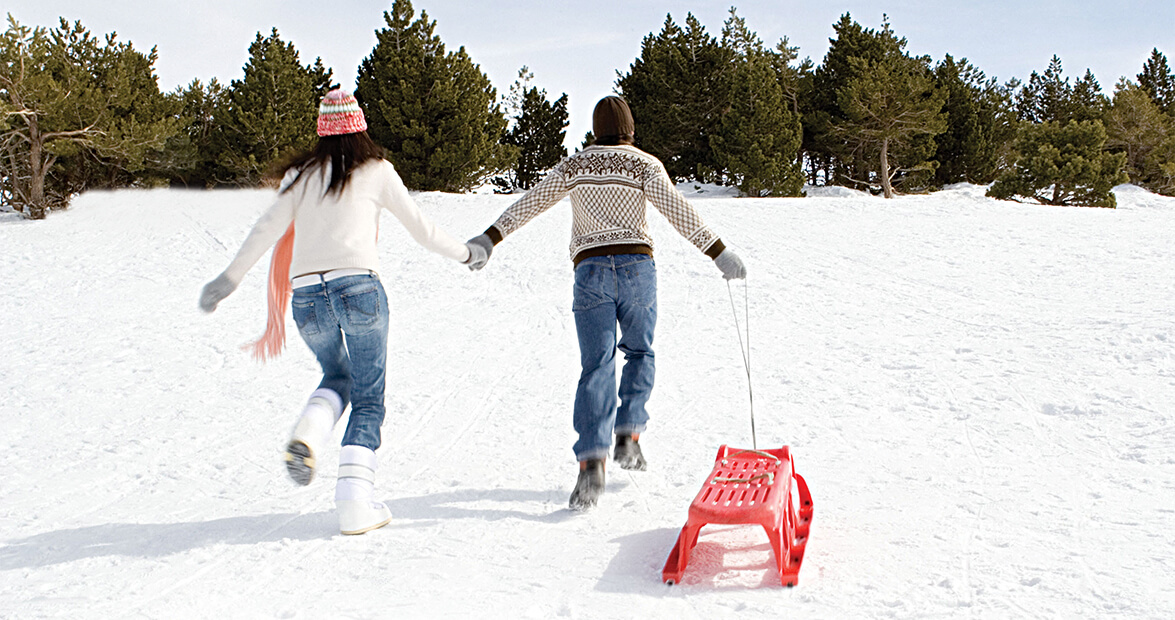 The snow came in big, fluffy flakes, just like the forecasters had predicted, and not long after it started falling, the police in China Grove followed standard procedure. They closed Franklin and Walnut streets to cars. They opened them to sled riders. Officers planned to close even more roads, but they ran out of barricades because, admittedly, they don’t have a lot of barricades in China Grove.

China Grove is a cluster of a dozen or so two-story brick buildings and hundreds of modest homes along the road and railroad track between Kannapolis and Salisbury. It’s a place with just the necessities on Main Street: a hardware store, a hair salon, a consignment shop, a locally owned pharmacy, a bank, and a computer repair shop.

There is, admittedly, not much to do here. And so, when the snow started to fall one day last February, the schools emptied out, and the kids wandered outside, because something interesting had shown up on their doorsteps. Snow is worth seeing firsthand.

But on that day last February, about five inches of snow fell on China Grove. Instinctively, parents and children put on their coats and grabbed something plastic with a smooth bottom. At first, the plan was to sled down the car-free, snow-covered roadways, but most people headed for the hillside next to the police department on Swink Street instead. Officers were there to protect and serve cocoa. Kids playfully threw snowballs at one policeman. On this day, in this town, that was not a crime. Someone asked one officer why his partner kept getting hit. “He doesn’t move quick enough,” he replied.

This tradition — the residents of China Grove converging on one place to do one thing — had fallen off over the years. It took something new to get people interested in it again: Facebook. A police department post the night before got more than 2,400 likes. One of the first replies was incredulous: Is this for real?

It was, and the next morning, the people crunched through the slushy snow that made tiny China Grove into a Thomas Kinkade painting. Franklin and Walnut streets, as promised, were untouched. The squeals of kids, the laughter of adults, and the whooshes and crunches of sleds were all you could hear on the hillside. The snow deadened the sound. Somehow, the noise became more intimate, as if you were in a place where only this could happen.