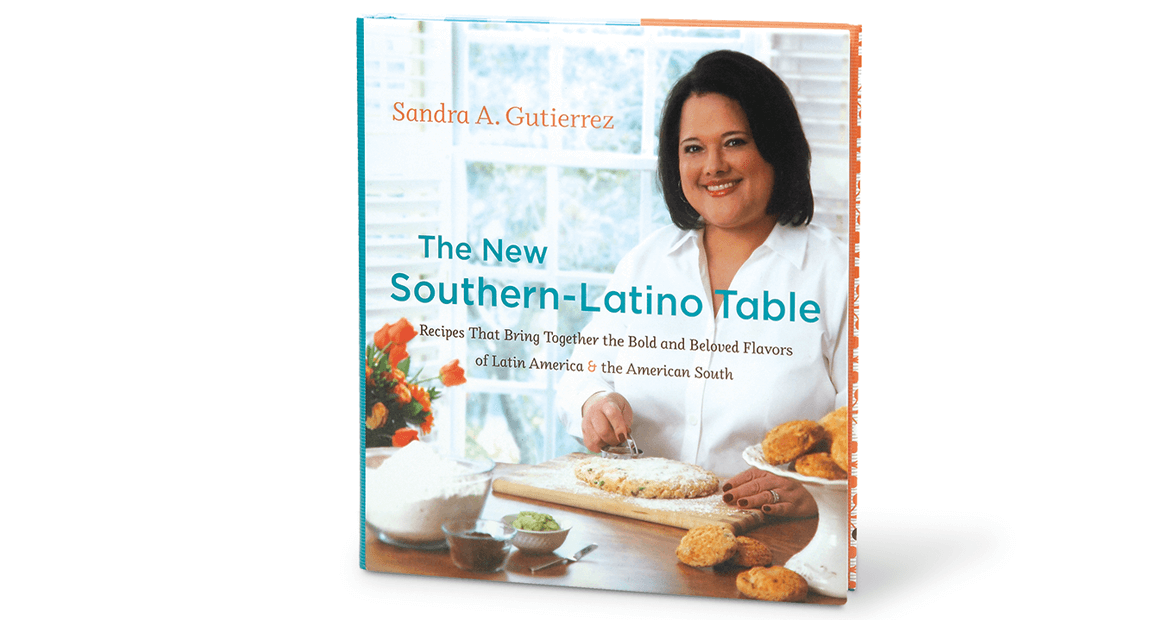 Sandra Gutierrez was born in the United States, but she moved with her family to her parents’ homeland, Guatemala, when she was young. Growing up, her life was influenced by both countries. At an American school in Guatemala City, she learned to speak English. At home, she spoke Spanish.

“I learned the words to two national anthems, the pledges of allegiance to the U.S. flag and the Guatemalan flag, and the histories of two different cultures,” she writes in the introduction to her cookbook, The New Southern-Latino Table.

Gutierrez grew up to understand the privilege of belonging to both places. In Guatemala, she learned to cook alongside her grandmother and aunt. They taught her how to line a pie dish with pastry, how to shell peas, how to remove pebbles from beans, and how to form empanadas. In the United States, she found a more secure life and greater opportunities once civil war swept Guatemala beginning in the ’60s.

When Gutierrez moved back to the United States, she attended college in the Northeast. She later moved south to Durham, where her husband studied at Duke University. Living here, she noticed similarities between Southern cooking and Latin American food.

Empanadas are essentially turnovers. Both Southerners and Latinos love pork. We also share a love for corn, sugar, squash, and potatoes.

Gutierrez drew on those similarities to put together her cookbook, which is really an extension of her biography: Its recipes represent an exchange of Southern and Latin cultural traditions, and the combination of her identities as an American and a Guatemalan.

“The cookbook is my story and my family’s story,” Gutierrez says, “but it’s also the story of many Latino families that have settled in America, particulary the South. It’s the story of our lives, translated on the table.”

To purchase The New Southern-Latino Table, visit your local bookstore or order online at uncpress.unc.edu.