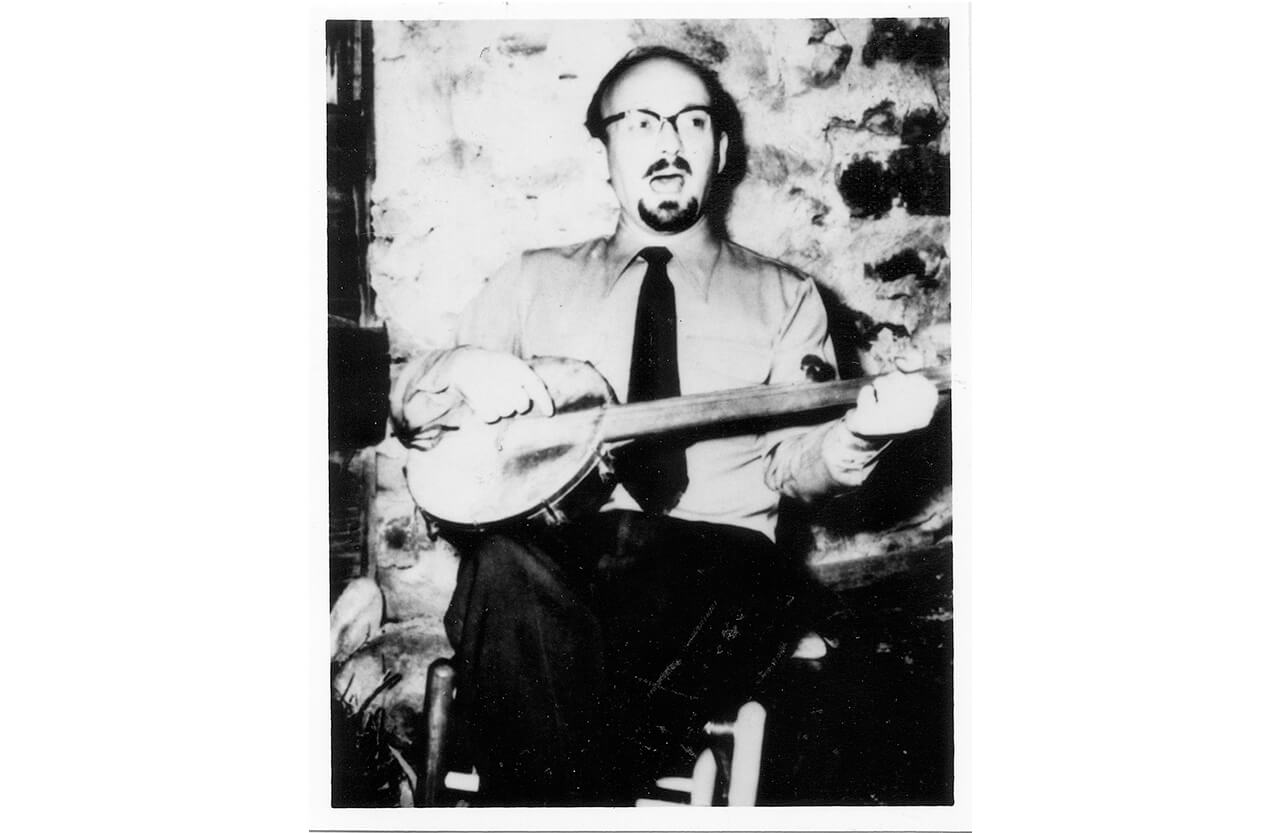 The view from the W.L. Eury Appalachian Collection, on the fourth floor of Appalachian State University’s Belk Library, is a good one. Patricia Beaver, former director of the Center for Appalachian Studies, stands at the window with her colleagues, ASU’s campus spread out before them in the sunshine.

“That rocking chair in that corner with that view is the best,” she says. “The best reading spot.”

Has she spent a lot of time reading there?

“Not a lot, but I come in on occasion and fantasize that when I’m retired I’m going to come up here and hang out in that rocking chair.”

“Yeah. It takes awhile to get your bearings,” Beaver says.

It’s hard to imagine Beaver taking much of a break. When Hay points out the rooms that function as visiting scholars’ offices, he mentions that Beaver used one for a semester.

“And I’ve got my name on the list for when I get myself together,” Beaver says, “to come back and start doing some more writing. I’m retired from teaching and administration, not from thinking and writing and all that stuff.”

When she comes back to work on the three books she’s writing, a documentary, and other assorted projects, she’ll come to the place with 2,000 vinyl records burned to CDs: work songs, ballads, bluegrass music. The place that has its own stock-car racing collection, each filing cabinet named for an early female stock-car racer: Louise, Ethel, Sara. The place whose open collection is truly open to anyone, and although it’s not familiar to everyone on campus, it’s known the world over, having welcomed scholars and genealogists from across the country and around the globe: England, Ireland, Germany, Japan, Australia. She’ll come to work in the Eury Collection, which has, it could be argued, the best view of Boone, but which certainly has the best view of all of Appalachia.

The collection is named for William Leonard Eury, a native North Carolinian and longtime librarian at ASU. But really, it started with a Kentuckian, Cratis Dearl Williams, a storyteller, balladeer, linguist, scholar of Appalachia, and — above all — teacher. A descendant of early Appalachian settlers, Williams inherited an appreciation for the way words sounded — even his name, Cratis, was invented by his mother, who simply liked the sound of it. As a child, Williams took to the range of styles and rhetoric he heard in church on Sundays and sometimes got in trouble for imitating the preachers.

At the county high school, he realized how many people thought being Appalachian was something to fix or hide as best as possible. He felt self-conscious about his accent and upbringing, and he was keenly aware of how differently teachers treated town children and country children. One day, Williams stood in front of the class to deliver an oral report. He’d barely begun when the teacher stopped him. While his classmates stared and laughed, she made him repeat himself over and over again until he’d wrung the dialect from his speech. 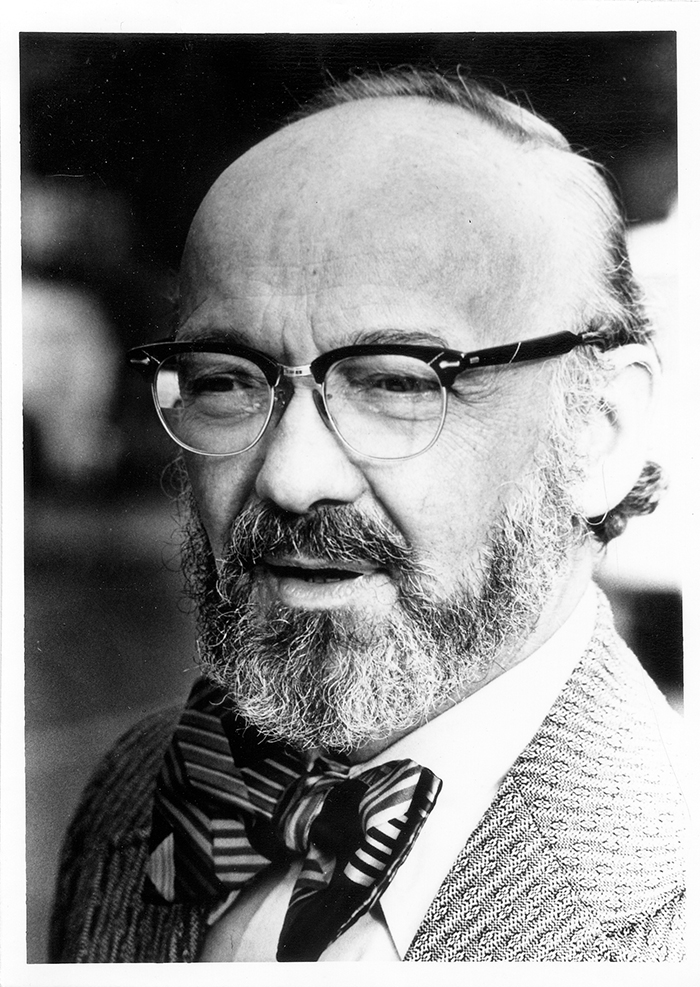 Williams wrote later, the “humiliation was so deep and painful that I resolved to learn spoken English so well that no one would be likely to laugh at me again. Many years and a Ph.D. in English were required to salve my wound completely.”

It took time to gain back pride in his heritage, but Williams never let go of his scholarly interest in Appalachian culture. He set his sights on becoming a college professor and decided to write his master’s thesis on ballads. He collected them from his father and mother, from his grandmothers, aunts, cousins, and neighbors. If he heard of someone in the area who sang ballads, he’d ride a mule out 10 or 15 miles to listen to them sing, and he wrote as quickly as he could to capture their words.

In 1942, he got a job offer from the Appalachian Demonstration High School, where students at Appalachian State Teachers College practiced teaching. Boone and Williams were lucky to have found each other: The college that would become ASU gave Williams a place to grow and learn and share his knowledge, and in turn, Williams helped create the Appalachian Studies department and the Eury Collection.

In the ’50s, Williams started working with Eury to collect sources for his 1,661-page dissertation, The Southern Mountaineer in Fact and Fiction — the materials that would later become part of the Appalachian Collection. In 1968, he and Eury and the other librarians established the Appalachian Room at Belk Library. Whereas other special collections were more selective, Williams and Eury eagerly accepted all the relevant materials they could find. There were so many distinct parts of the region’s culture, so many things that had been kept nearly out of sight for so long — they wanted to save it all.

In a speech he gave in 1984, Williams said: “I am convinced that my rich fulfillment and my enormous pride in who I found myself to be … is owing to my decision early in life to keep my Appalachian self in spite of the efforts of my early teachers to destroy it.”

Having retired in 1976, Williams died on graduation weekend in 1985, the day before he was to receive an honorary degree from ASU.

Far from the windows, past the open collection, through the reading room where a student assistant watches over patrons sitting with closed-collection materials, is the inner sanctum of the closed collection. Every time librarian Fred Hay cranks open a set of compact shelves, he reveals a new rabbit hole, a new path to some essential part of Appalachian history. And every one is fascinating. There are rare and out-of-print books. Land records. Cloth-bound volumes with family ballads scribbled inside. A collection of shape-note hymnals, many of which Hay himself tracked down in junk stores. Toward the back of the room, he opens the shelves that hold the personal library of Cratis Williams.

This is just part of what had been in Williams’s library, Hay says. He tells the story of how, in 1966, Williams had been traveling when he got a call: The Administration Building, where his office was, was burning. Williams arrived at the scene to see papers — all the pages of his books, field notes, and records — aflame and floating through the window. He lost nearly everything. He had only the strength of his memory to rely on, but he was resilient, and he began to collect anew.

Patricia Beaver and Cratis Williams share what seems like a cosmic connection. Williams was on Beaver’s thesis committee when she got her Ph.D. in anthropology from Duke. He was the head of the graduate school when she joined the faculty at ASU in 1974. Beaver has taken up Williams’s call to know, love, and teach Appalachian history, tirelessly pursuing new niches and avenues in the study of Appalachia — always collecting, always expanding the field. She oversaw a student’s thesis on the Allen School, an educational facility for African-American women that, having closed in 1974 with few surviving records, had been all but forgotten. Just before Beaver retired, she and Sandy Ballard from The Appalachian Journal coordinated Voices From the Headwaters, a collection of 44 oral histories and interviews with local residents.

And Beaver embodies the enthusiasm and easygoing manner Williams was known for. It’s not hard to see that the way students come up and greet her with big smiles — “like moths to a flame,” Ballard says — is how students must have approached Williams decades ago.

Ballard, who got her undergraduate degree at ASU, remembers Williams’s warmth and openness. “He was the acting chancellor,” she says, but “he would show up in our dorm if we invited him to a party. The dorms would have these little programs, and we’d say, ‘Let’s get Cratis Williams to come.’ And he would come! He would come to a dorm and stand there and talk to us about ballads and linguistics. And he would perform. He would put his hands behind his back and sing ‘Little Margaret,’ tell a story in Appalachian dialect. He could meet everybody.”

In a taped 1980 interview, Williams sings a bit of a ballad, his voice, clear and steady, swiveling ably around the notes.

“When the scholars began to look around for survivors of those old ballads,” he says proudly, “they found more of them still living on the tongues of people in Appalachia than anywhere else in the world.”

Williams slides into the mountain dialect he grew up with to tell a traditional story, one he imagines an Appalachian grandmother telling her young grandson. The words, cemented in his memory, come easily, but he makes sure to point out: “These people never tell a story the same way twice. The stories are always allowed to grow.”