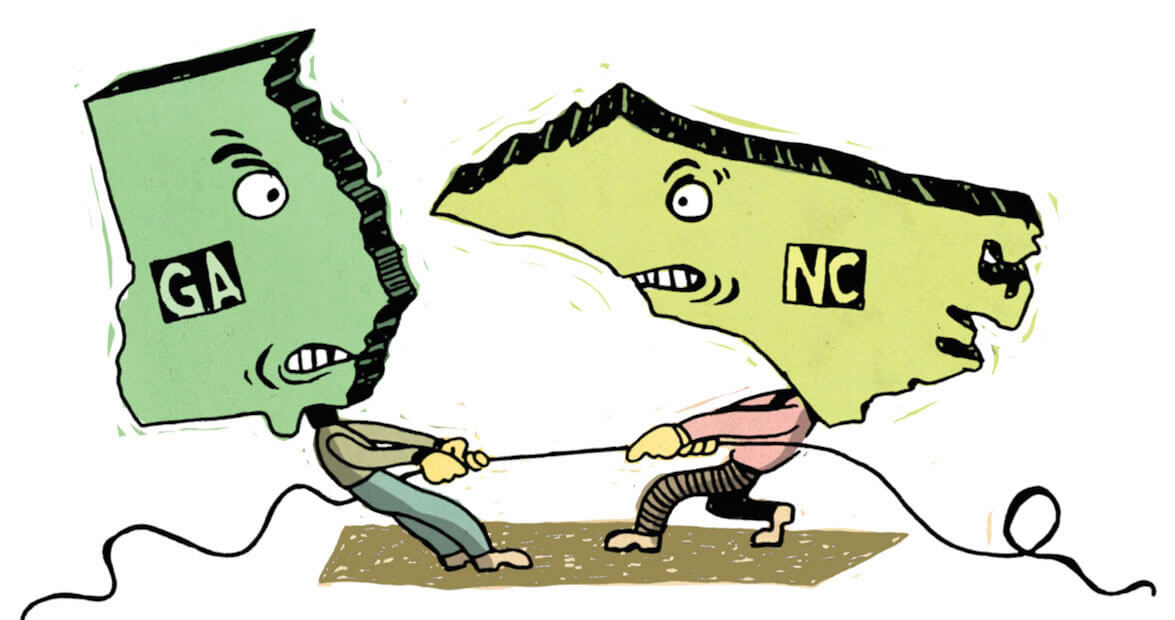 The Walton War started with a piece of land that nobody wanted.

In 1787, South Carolina gave a 12-mile-wide strip of land, part of which is in modern Transylvania County, back to the United States government. The feds gave it to the Cherokee, who, 11 years later, gave it back to the feds. In 1800, some settlers asked if South Carolina would take it back. South Carolina said no. In 1802, the feds said Georgia could take it, and Georgia said, OK, fine.

By this time, North Carolina had claimed the land, too, but nobody knew where the border was, and nobody wanted to govern it. That is, until 1803, when Georgia named the land Walton County and set up a local government. Then, they tried to collect taxes, prompting the settlers to insist that they were North Carolinians, not Georgians. And then, the fights started. In 1804, a Georgia official named Samuel McAdams hit constable John Havner in the head with the butt of a musket. After Havner died, 72 members of the North Carolina militia promptly arrived in Walton County and arrested 10 men for Havner’s death, all of whom escaped from a jail in Morganton before trial. Georgia’s militia never showed up, because it was too hard for them to get there.

North Carolina and Georgia both claimed the same territory until 1807, when a commission representing both states decreed that the strip of land belonged in North Carolina. Which Georgia ignored until 1811, when a surveyor they hired also confirmed it. Walton County was no more. Game over, Georgia.

But wait! In 1971, Georgia lawmakers introduced a bill to resurvey the border. North Carolina responded by introducing a bill to once again call out the militia. Because what would a border rivalry between neighboring states be without the occasional threat of physical force?