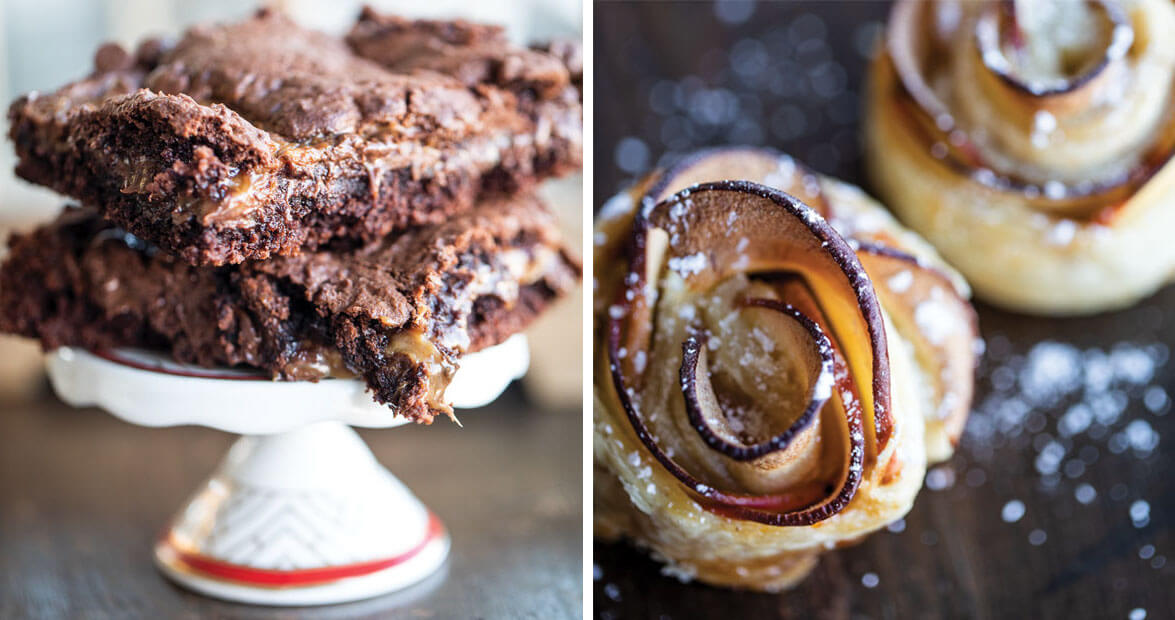 As she sifted and mixed and watched dough rise into loaves, Talia Krites discovered her passion for baking. She was 16, making bread for a local deli in a historic building down by the water. Years later, after starting a cake-decorating business of her own, she had an opportunity to buy the old brick building that had meant so much to her. A grant from the city helped her spruce up the storefront.

Today, The Flour Girls Café & Bakery is an airy, cozy space for downtown workers on lunch breaks, families enjoying Saturday brunch, and friends catching up over a cup of coffee and a scone. Krites focuses on special orders, transforming the “blank canvas” of every cake and sugar cookie into a work of art. As head baker, her mother, Cathy Coppola, brings her own talents to the Flour Girls kitchen daily. “The place wouldn’t work without her,” Krites says. 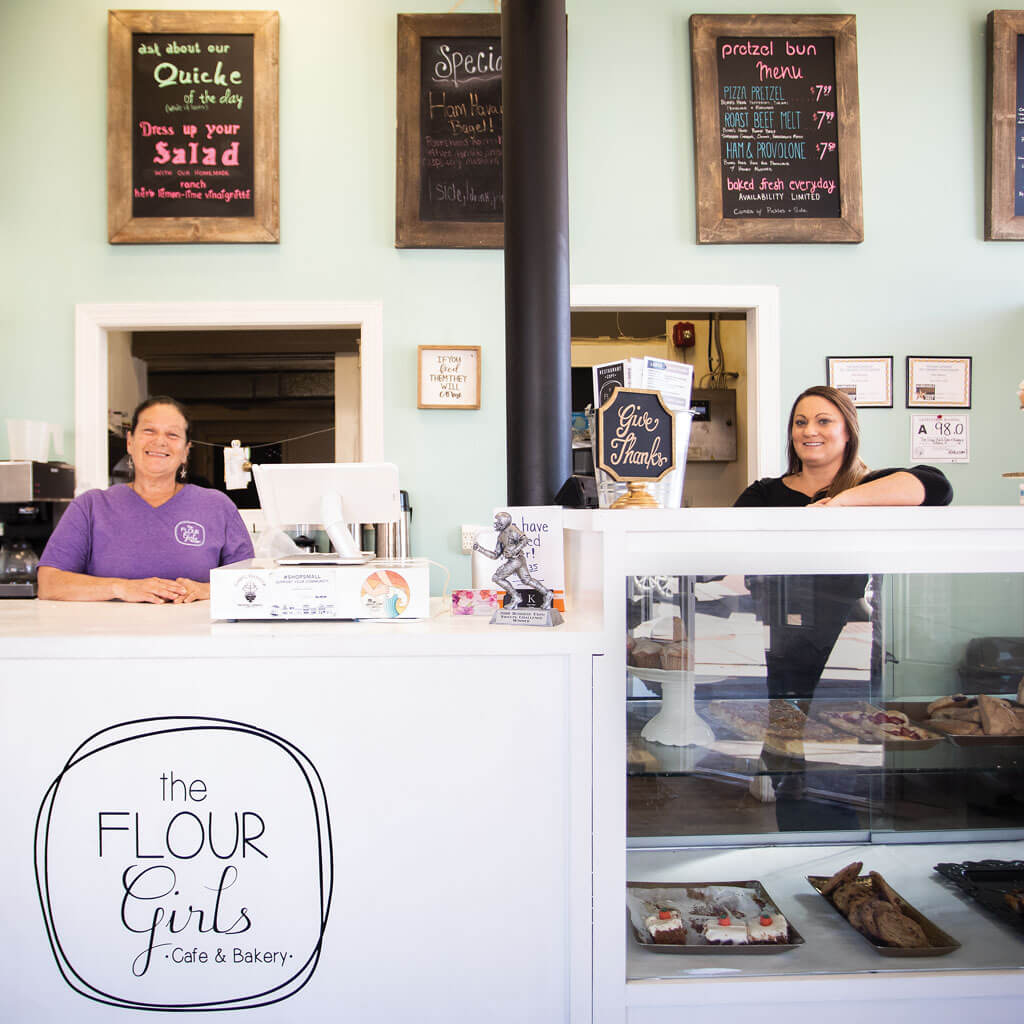 Lunch customers order sandwiches served on Coppola’s homemade bread — or, if they arrive early, a first-come-first-served pretzel roll. Coppola fills the bakery case with her creations, many of which have become signature items: banana bars with cream cheese frosting, carrot cake whoopie pies, cupcakes filled with cookie dough. And her chocolate chip cookies disappear almost as soon as she puts them out.

Just as Krites did three years ago, other business owners are bringing their passions downtown, sharing in her dream of revitalization. “I wouldn’t want to own a restaurant anywhere else,” she says. “My heart’s in downtown Elizabeth City.”