It was a long, hard pull to the end of the crop row, I’ll tell you that. The narrow-leaved sunflower seed heads were burnished bronze in the high sun, and the giant combine blades on the John Deere 9500 churned through the chest-high crop with a low growl as I wrestled the steering wheel to keep the green machine headed straight for the far edge of the field. One hundred eighty horsepower, and we were clipping along at a blistering 1.5 miles per hour. In a single pass, the sunflowers were cut and threshed, the undesired stems and chaff separated from the seeds by carefully calibrated airflow deep in the bowels of the machine. Whoo, boy. My hands were practically shaking. It’s not just anybody that can operate a combine.

“That’s pretty good, Eddie,” Don Lee said, crouched beside me in the cockpit, his voice slow and smooth like molasses you stuck in the refrigerator by mistake. “One whole row down, and you didn’t drive the combine into the ditch. What are you doing tomorrow for, say, 10 hours straight? I sure could use the help.” 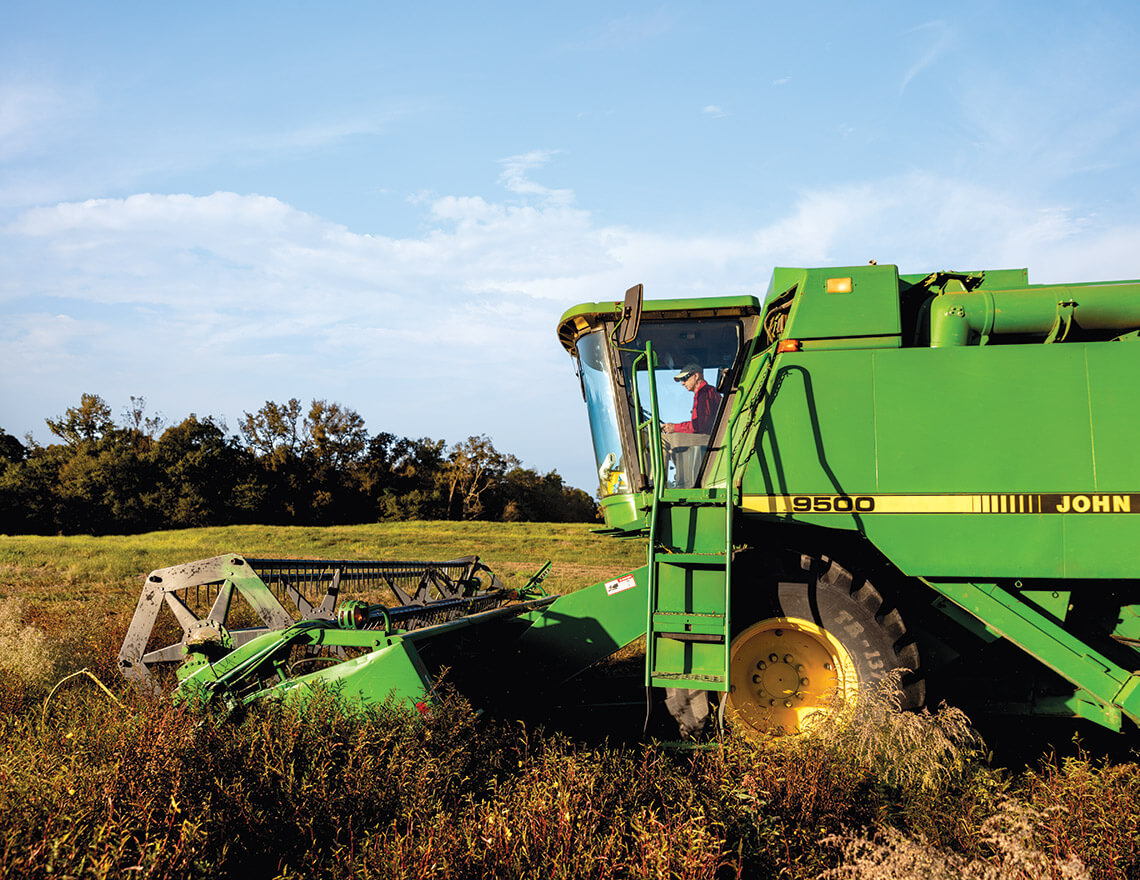 I grinned. I’ve learned a lot from my long friendship with Don. He’s a ninth-generation farmer from Johnston County, where he and his family own and operate Garrett Wildflower Seed Farm, which covers parts of Johnston and Sampson counties with some 1,200 acres of native wildflowers, pollinator plants, and wildlife foods each year. I’ve learned a bit about how combines work, and how closely tied a farmer’s life is to the vagaries of soil moisture and fuel prices. I’ve learned a lot about how tall a man can stand when rough weather beats down and blows down and half-drowns a year’s worth of effort in the fields. And I’ve learned that I have no business driving a combine.

But mostly what I’ve learned is that everyone needs at least one farmer friend in their life. They keep you tethered to what makes the world go ’round, and what it takes to keep it spinning. And for certain, a farmer friend will help keep your eyes open about the power of faith.

Don’s family doesn’t grow much cotton or corn or other traditional crops. Instead, they collect seeds for native plants in leftover and overlooked patches of cover, such as around old power lines, along swamp edges, and in pastures. He and his wife, Laura, and two grown sons, Garrett and Hunter, have spent untold hours searching for pure strains of yellow Indian grass and Virginia wild rye in forgotten corners of rural North Carolina. They might gather a double handful of seeds at a time. It might take five years of planting and harvesting, replanting and harvesting, time and again, to produce enough seed for a few acres of crop.

In essence, that’s how Don has built up a vast storehouse of native seed stock. From one field of oxeye daisies planted in 1991, the farm has grown to more than 50 fields of dozens of species of native plants. Garrett Wildflower Seed Farm provides seeds to highway departments and landscapers, homeowners and golf course designers, and a growing number of landowners who want to restore native habitats for bobwhite quail. 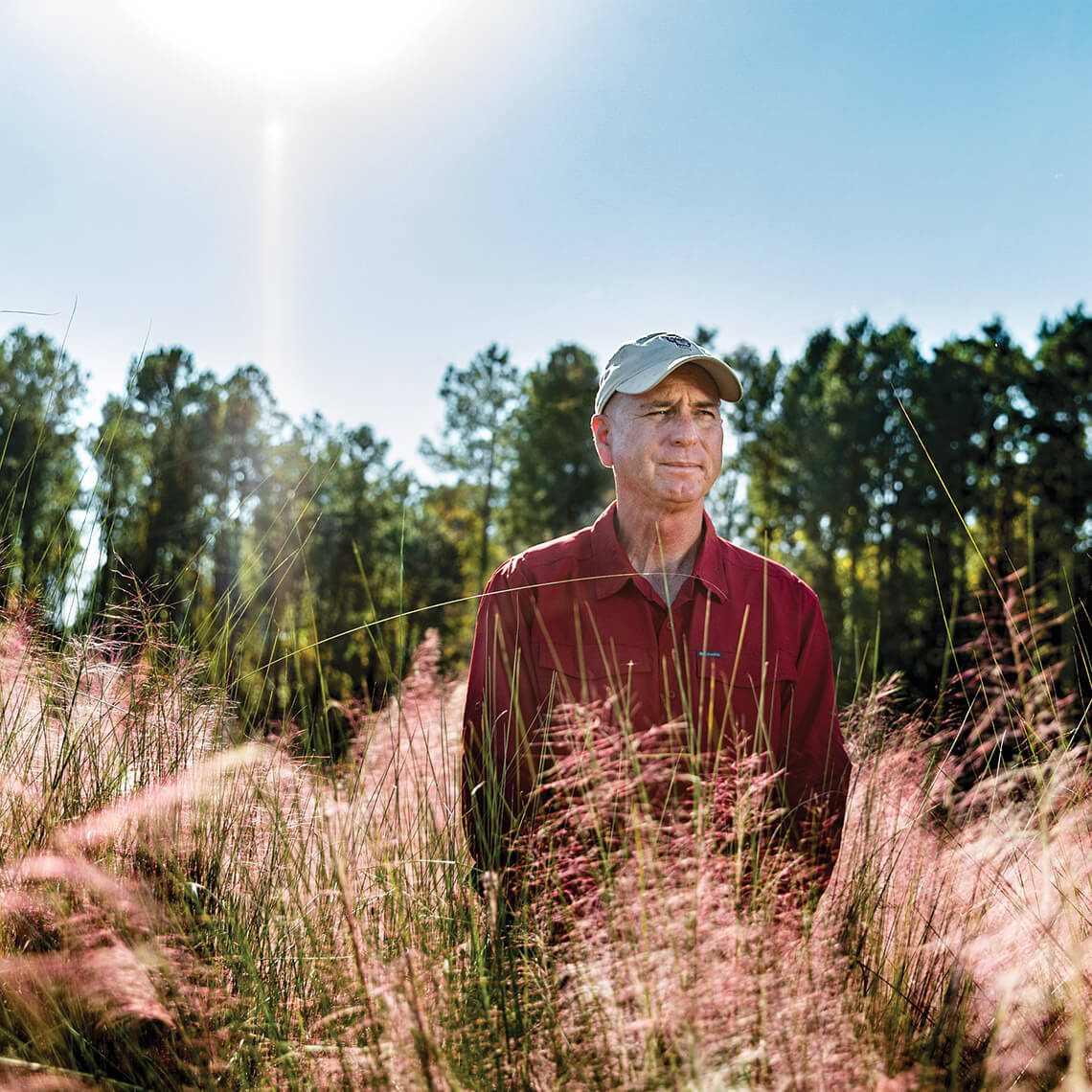 Don Lee’s family doesn’t grow much cotton or corn or other traditional crops. Instead, they collect seeds for native plants. photograph by Charles Harris

Don is completely in love with native plantings. He can talk about the various ecotypes of bee balm and little bluestem till my eyes vibrate in their sockets. About how he’s fine-tuned old iterations of seed-processing equipment to handle the gunpowder-fine seeds of native black-eyed Susans, or the near-weightless seeds of coreopsis.

I couldn’t grow moss on a creek rock, but Don and his family have managed to rescue native plants and nurture a business built on working side-by-side with nature. He’s done it with gumption and the sweat of his family and a keen mind and a seemingly endless supply of faith. For nontraditional agricultural suppliers like Don, there’s no crop insurance, no floor underneath his business as there is with commodities such as cotton and soybeans and sweet potatoes. Forecasts of hurricanes and heavy storms keep him up at night. Dealing with their aftermaths keeps him up for weeks on end. The knees on his pants are worn thin from praying for rain. Or praying for it to stop.

But that can’t stop some good-natured ribbing between pals. A few days ago, I was driving home from Wilmington to Raleigh, through eastern North Carolina’s checkerboard landscape of big woods and sprawling fields. I dialed up Don and barely gave him a chance to say hello. 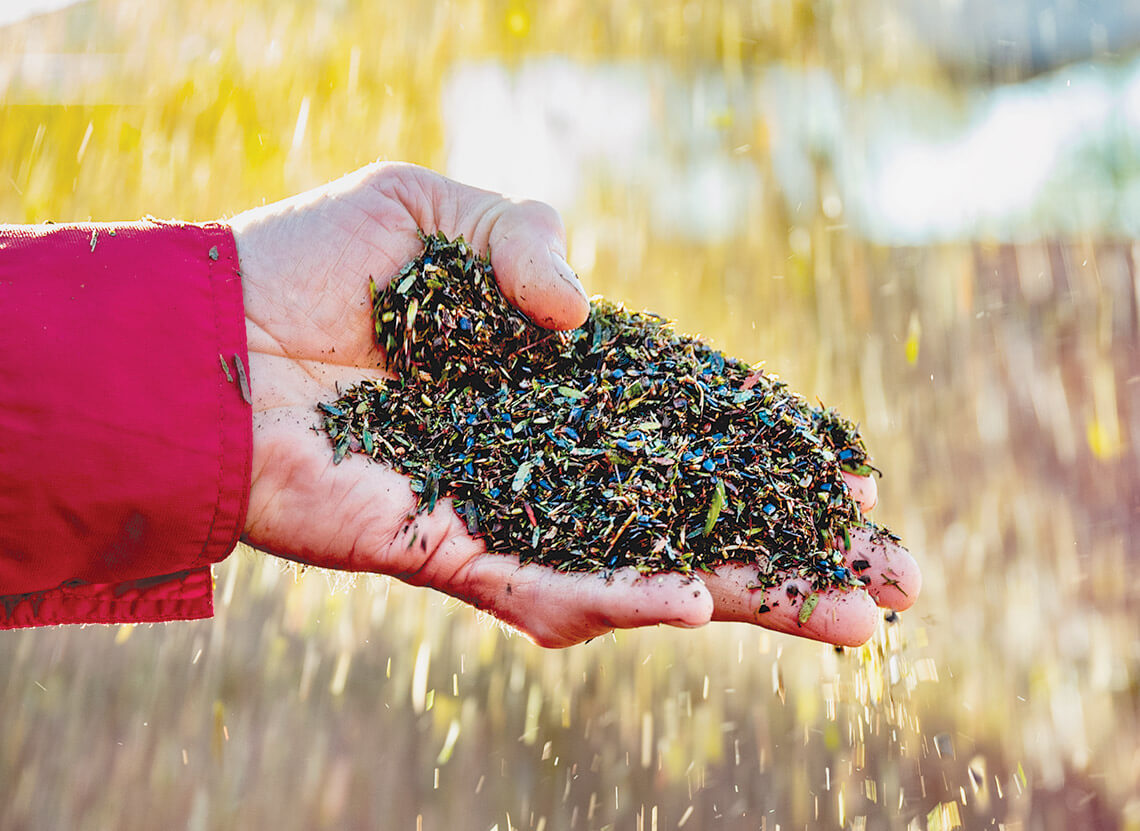 “Don, I’m driving through miles and miles of cornfields, cotton fields, soybean fields, and fields of who-the-heck-knows. And there’s not one single farmer out there! What in the world do you people do all day long?”

He was quiet for a moment, quiet even for Don Lee. That’s when I knew I had him.

“Well, Eddie,” he said, and I could sense his big, wide grin through the smartphone speaker. “I’d sure like the chance to show you firsthand. What are you doing tomorrow?”

I laughed. That’s another reason everybody needs a farmer friend like Don. They’ll keep you honest.

“Plowing a keyboard,” I said. And — not unlike my friend, I thought — praying for rain of a different sort.