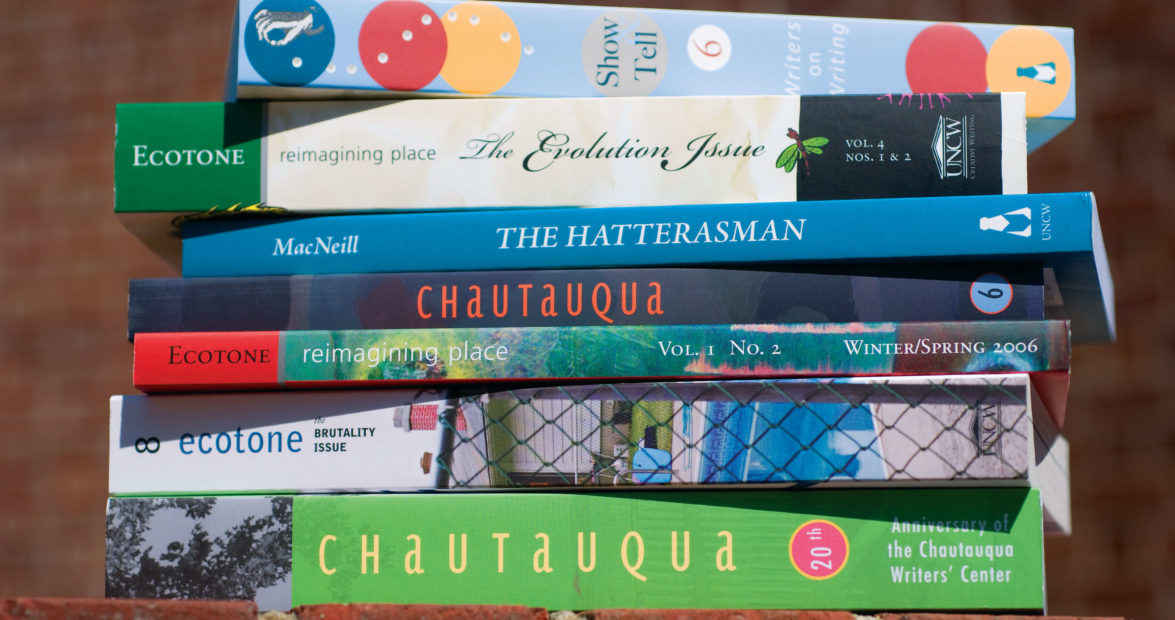 On the second floor of Kenan Hall at the University of North Carolina at Wilmington, 17 wide-screen iMac computers hum with electricity. The back of the room is fitted with two laser printers, a book trimmer, and a bookbinder. In minutes, students will sit at the computers, discuss design graphics for the next book to be made, and listen to lecturer Emily Smith discuss the finer points of publishing.

Only a handful of schools in the nation have a program similar to UNCW’s Publishing Laboratory.

“We have a small press in our department, and that is so rare. I can think of … actually, you know, I can’t think of a single other,” says Smith, the director of the laboratory. “I mean, a lot of schools have a university press, but for this press to be housed in the creative writing department makes it really unique.”

The Publishing Laboratory was established in 2000 after Stanley Colbert and other professors decided that writers don’t just need to know how to write. To succeed, they also need to know the ins and outs of book publishing, the business of writing. At the time, Colbert was a distinguished visiting professor in the creative writing program. His background had been in television, producing shows such as “Flipper” and “Fraggle Rock.” But he’d also had a career as the CEO of HarperCollins, Canada.

Colbert’s curriculum became a way for MFA students to get hands-on knowledge about everything from book auctions to using design software. He retired in 2003 when Barbara Brannon, whose background was in university presses, became director. Smith took over in 2007 after graduating from the program and working for a year at a small press in Spartanburg, South Carolina.

UNCW’s Pub Lab, as it’s nicknamed, isn’t a university press. Its focus is publishing literature, especially “literature of place” written by UNCW’s students and faculty. Its works include chapbooks students may use to find publishers and promote themselves, the university’s literary journal Ecotone, and Lookout Books, a new micro publishing house that Smith is editing with her colleague, Ben George.

Undergrad and graduate students have their hands in the entire process of each of these publications. Lookout Books’ first publication, Binocular Vision: New and Selected Short Stories by Edith Pearlman, is expected to be released in early 2011.

“I think the Publishing Laboratory, perhaps the first of its kind, and the various courses we presented in publishing practices and processes, has been invaluable to the students,” Colbert wrote in an email from his home in Canada. “It gave them an insight into the real world of being published and how to go about it professionally. The number of books published by graduates speaks for itself.”

At last count, that number — which doesn’t include the hundreds of individual poems, stories, and essays published in various journals and magazines — was 36.