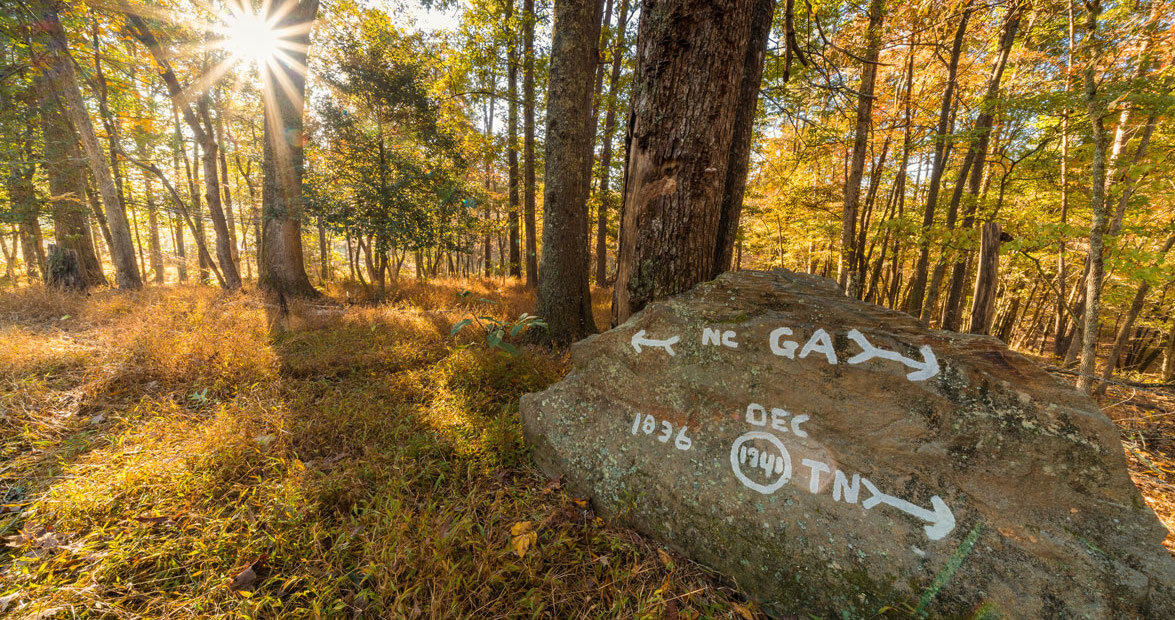 When A.D. Patterson bought his farmland more than 50 years ago, he just wanted enough of it to make a living, and ever since, he’s tended to dozens of acres in the gentle hills, growing hay and raising cattle.

Then, one day, the mapheads started showing up on his property, wanting to take a look around.

Patterson owns the westernmost piece of land in North Carolina, along with some acreage just across the state line in Georgia (where his house is). All of it touches another state line: Tennessee’s. There’s a small brass disc at the exact point where all three of those states meet. It sits next to a fencepost, underneath some pines and oaks, at the edge of a rolling pasture. If you didn’t know it was there, you’d miss it. Patterson calls it “the corner,” and he’s painted a rock showing where each state is. Admittedly, it’s not much to look at.

And yet, a few times a month, someone shows up at the farm, asking to see it. “They come from everywhere,” Patterson told me.

This spot, where Georgia, Tennessee, and North Carolina meet, is called a tri-point, one of 62 in the country. Some people collect tri-points like trophies. Todd Barber, a NASA engineer from Pasadena, California, visited in February 2008 and ended up adding Patterson to his Christmas card list. As far as Barber knows, he’s one of only two people to have bagged all 38 tri-points on land. Why? “I like getting off the beaten path,” Barber says. “And these really are.” 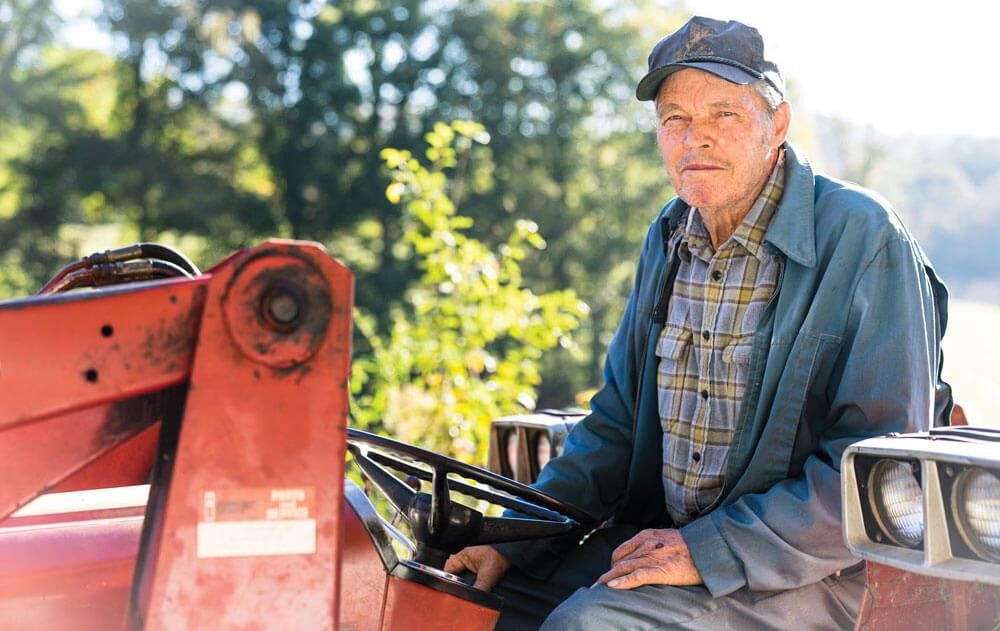 Farmer A.D. Patterson owns the land where North Carolina, Georgia, and Tennessee meet. The actual tri-point is a few feet behind the rock that Patterson painted to show where each state is located. photograph by Thomas Moors

Decades ago, the first man to go to every tri-state corner, the late Jack Parsell, wrote a guidebook detailing his travels, with maps and directions to each one. More recently, a 2015 Washington Post article highlighted the pursuits of a few tri-point seekers. But it’s hard to figure out exactly why this corner has become A Thing. Maybe it’s because of the Internet’s power to bring together people interested in the most ephemeral pursuits. Maybe it’s a mental construction. The spot is the only place in the state where everyone else in North Carolina is to your east. Raleigh is 325 miles away as the crow flies, making this point closer to the state capitals of South Carolina, Georgia, Tennessee, Alabama, Florida, and Kentucky. It’s the most far-flung part of North Carolina. It’s as far out as you can get.

When I visited last May, Patterson was soft-spoken, gracious, and gregarious. I’d called ahead, and he and his wife invited me into their home, gave me a glass of water, and showed me around. Then Patterson unlocked a gate that keeps his cattle from wandering away. We hopped into his old gray Ford F-150 and rode up to see the corner. I had my picture taken. Just like everyone else.

Now, just imagine this scenario playing out over and over, almost every week, when you’ve got a farm to tend to, hay to bale, cows to feed. The Pattersons are polite, but they’re not tour guides. They’re not making money from this. The curious callers have made them reluctant to pick up the phone. The constant stream of tri-pointers has disrupted the normal flow of their lives. Earlier this year, one man jumped the Pattersons’ fence and started running up the hill toward the tri-point. Without asking. One person’s quirky pursuit ends up being another person’s burden.

Before I left, I asked Patterson if the people who come from all over the country to see the corner leave happy. “They’re as happy as a bird in a little dry house,” he told me. He loves his land, but because it’s now a destination for some, it’s become a little less out-of-the-way than he’d like it to be. “It’s all right,” he said, looking at the corner. “But you seen what there is to see.”