The first state park is established at Mount Mitchell.

For centuries, the heavily wooded Black Mountains have been left unstained by human influence. Native animals like black bears and bobcats roamed wild among more than 2,500 species of plants, including ones typically found in northern conifer forests, such as red spruce and Fraser fir. But in the early 1900s, extensive settlement and logging operations threaten to devastate this landscape. Among the most concerned is North Carolina Gov. Locke Craig. During his term, he advocates for the state purchase of Mount Mitchell to preserve it from economic exploitation. On March 3, 1915, his efforts come to fruition, and the General Assembly authorizes the purchase of $20,000 of land — the humble beginnings of North Carolina’s first state park. 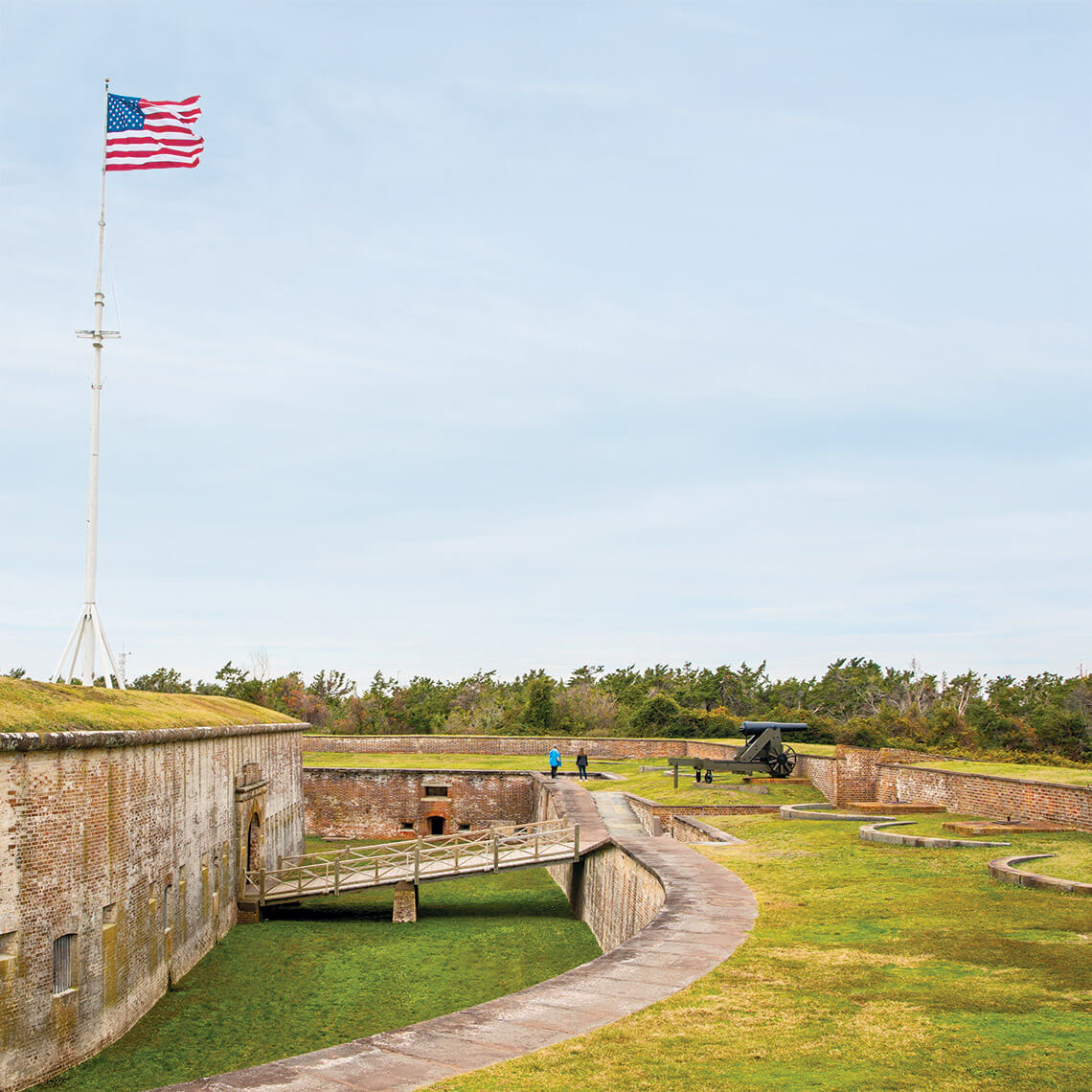 At Fort Macon State Park, visitors can watch cannon and musket demonstrations, see restored living quarters, and explore in and around the fort. Photography courtesy of VisitNC.com

Former Civil War base Fort Macon is granted to the state by Congress.

The following years are spent restoring the base and establishing public recreational facilities, and the park opens to the public on May 1, 1936, as North Carolina’s first functioning state park. In the wake of World War II, the fort is reactivated: In 1941, Coast Artillery occupy the park in response to German U-boat activities, until the property is returned to the state in 1946.

He holds this title until 1961, taking only a brief break to serve in World War II.

In the fight against the Great Depression, North Carolina’s outdoors provide opportunities to thousands of unemployed young men. New Deal programs such as the Works Progress Administration and the Civilian Conservation Corps spearhead the development of six new state parks: Morrow Mountain, Hanging Rock, Pettigrew, Jones Lake, Singletary Lake, and the short-lived Cape Hatteras. With no cash to be spent on indoor entertainment, many citizens turn to these new parks for diversion from their weary realties. Throughout its duration, the CCC will lay more than a million miles of forest roads and trails and plant more than a billion trees across the United States, leaving a lasting environmental legacy.

The Division of State Parks is created.

Following the increased popularity of outdoor recreation, North Carolina creates the Division of State Parks, a department dedicated to preserving and promoting what today is 250,000 acres of land and water.

Weymouth Woods, the first of 23 state natural areas, is donated.

With her donation, Katherine Boyd seeks to forever preserve the memory of her deceased son, Daniel. Daniel loved these same woods as a child, and it’s plain to see why: Weymouth ignites the imaginations of young and old alike. Towering evergreens and wild azaleas evoke fancies of fairies and talking screech owls. An additional section of Weymouth acquired in 1977, now known as the Boyd Round Timber Tract, includes 153 acres of old-growth forest. Its oldest tree, a longleaf pine, dates to 1548.

After the passage of the Civil Rights Act of 1964, whites-only William B. Umstead State Park unites with Blacks-only Reedy Creek State Park to form one desegregated park that retains the Umstead name. A few years earlier, Hammocks Beach State Park — a 4,600-acre stretch of private coastline donated in 1950 to the North Carolina Teachers Association, a black educator organization — opened to the public. Prior to desegregation, African Americans were banned from public beaches, making Hammocks Beach one of the few places where water recreation was accessible. Today, both Umstead and Hammocks Beach are enjoyed by those of all races. 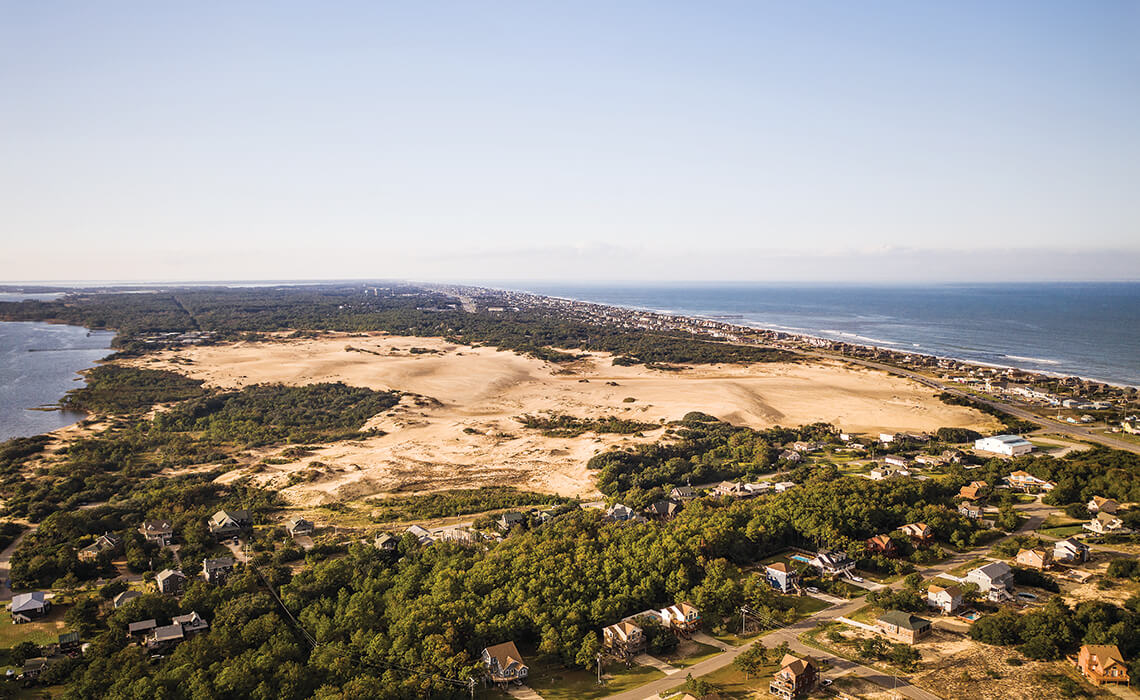 It is the first park since Mount Mitchell to be purchased with funding by the General Assembly — all previous parks had been financed by private citizens and organizations. This acquisition is spurred by the publication of North Carolina State Parks at the Crossroads, a document outlining the discrepancy between state park acreage and public demand, as well as by the rising conservation movement. Largely due to the efforts of environmentalists, a wave of new parks appears over the following decade, including New River, Crowders Mountain, Eno River, and Jockey’s Ridge.

The North Carolina State Natural and Scenic Rivers System is created by the General Assembly.

Dedicated to preserving free-flowing rivers, this program uses a set of specific criteria to determine a river’s inclusion, such as good water quality, an undisturbed surrounding area, and public access. Segments of four rivers currently protected by the program — the New River, the Linville River, the Horsepasture River, and the Lumber River — are known as State Rivers.

They are meant to aid in the development and maintenance of public trails and greenways across the state.

This body of water was created between 1916 and 1923 with the construction of dams and a man-made canal joining two smaller tributaries to the Catawba River. The General Assembly sets aside funds not only for the purchase of the 565 acres of parkland, but also for initial facility development, a first among North Carolina State Parks.

The Mountains-to-Sea Trail becomes a State Trail and a land-based unit of the State Park System.

Conceptualized in 1977 by Howard Lee, at that time the North Carolina Secretary of Natural Resources and Community Development, this famous footpath extends from the coastal sands of Jockey’s Ridge to the highest point in the Great Smoky Mountains National Park, Clingmans Dome. Planned to stretch almost 1,400 miles, it exhibits North Carolina’s diverse landscapes through 18 distinct trail segments. Though established 22 years ago, the Mountains-to-Sea Trail is ever-expanding, with new bypaths being forged by eager volunteers during MST workdays.

New Parks for a New Century initiative kicks off.

Between 2000 and 2009, nine parks and more than 42,000 acres are added to the North Carolina State Parks system, a wave sparked by the state’s New Parks for a New Century program. Among these new parks are Carvers Creek, Chimney Rock, Elk Knob, Haw River, and Mayo River. Along with these new acquisitions, nine State Natural Areas are established. 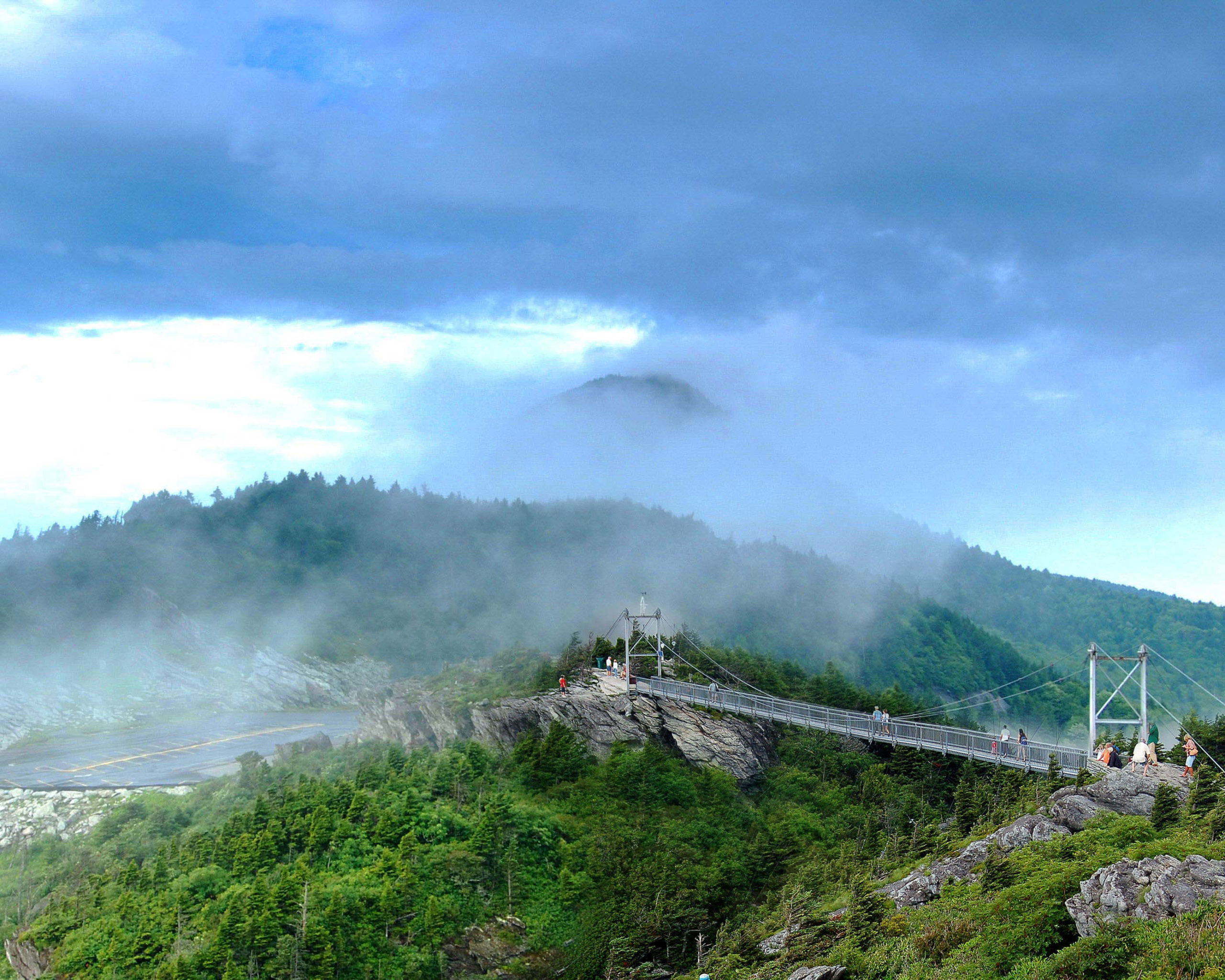 After being privately owned for the past 100 years, 2,456 acres of Grandfather Mountain are purchased by the state for $12 million. The mountain’s previous owner, Hugh Morton, was a conservationist and photographer who developed many of the mountain’s tourist attractions: In 1952, Morton, along with Greensboro architect Charles Hartmann Jr., built the iconic Mile High Swinging Bridge. Morton passed away in 2006, but he has left a monumental legacy. Today, those looking for a dramatic view can walk the 228-foot suspension bridge from one rocky peak to another. The extra-adventurous may scale the 5,946-foot Calloway Peak, Grandfather Mountain’s tallest.

The Cogburn family agrees to sell Pisgah View Ranch — a 1,600-acre tract of land on the border of Buncombe and Haywood counties that has been in their family since 1790 — to the state to be preserved as a state park. Currently, North Carolina has acquired 509 acres, and is in the second year of a five-year purchase plan. Pisgah View will be North Carolina’s 35th state park.

In a year of staying home and social distancing, state parks and recreation areas welcome 19.8 million visitors — 400,000 more than any other year on record and 1.2 million more visitors than in 2019. The record numbers serve as proof that outdoor spaces remain incredibly valuable to North Carolinians — and that they’re worth preserving.