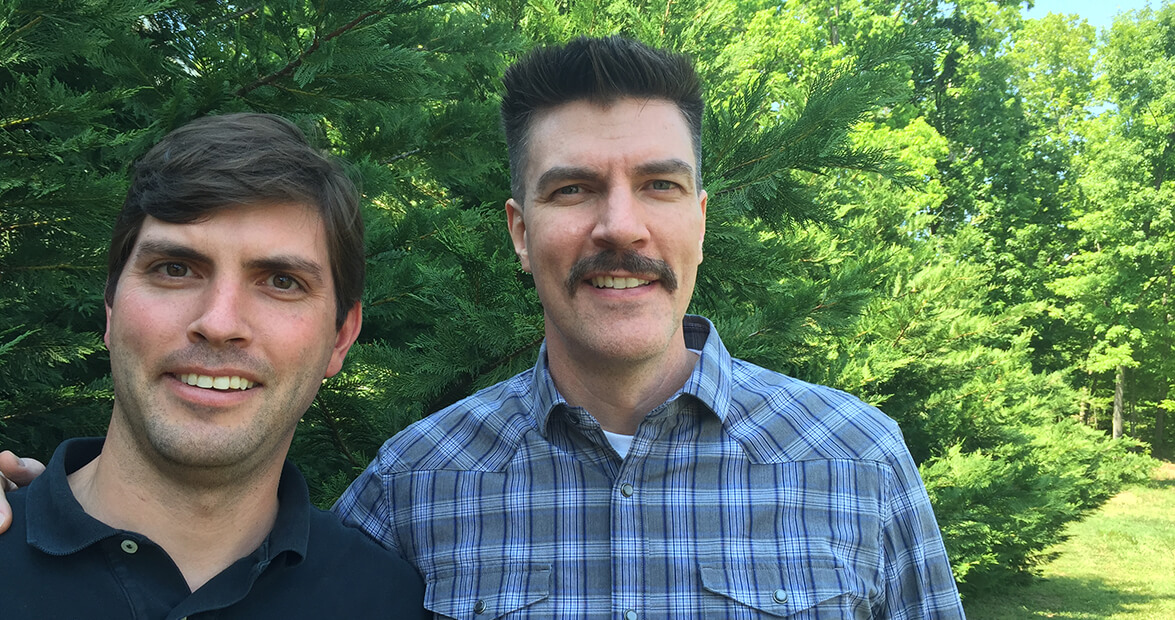 This is how you confirm that the person sitting across from you is, in fact, Bizarro Kramer.

I was sitting in a living room in Snow Camp. Across from me was a tall, lanky man in jeans and a plain white T-shirt, watching Gunsmoke on an old tube television. He was introduced to me as a friend named Pat, who was here in North Carolina for a fundraiser. He was an actor and comedian in from Los Angeles, I was told. He certainly had distinct features: a square jaw, a spiky high-and-tight flattop, and a mustache.

Pat thought it was amazing that Gunsmoke ran for 20 seasons. It must have been tough to be a writer on that show, he said. When you get to the end, what plot points do you have left? What stone haven’t you turned over? I mentioned that the best TV shows today seem to peak right at the end instead of taking a long downhill slide like so many sitcoms and dramas of a generation ago. Seinfeld, for example, peaked around season seven or eight.

Oh, I was in an episode of Seinfeld, Pat said. I was Bizarro Kramer.

“The Bizarro Jerry” is, to me, one of the show’s best episodes. And there’s Pat, right there, playing Cosmo Kramer’s doppelganger, Feldman. You know, Feldman. From across the hall:

Pat was Pat Kilbane, a longtime Hollywood player who’s now getting into writing and directing. So what was he (and I) doing in Snow Camp, an unincorporated bundle of two-lane roads and farm fields in Alamance County? We were both there to see Starr and Dean Jones, two movie industry guys who split their time between Snow Camp and Los Angeles. The Jones brothers are reviving the Snow Camp Outdoor Theatre. I was there to talk to them about it. “We’re trying to reinvent outdoor drama,” Dean said, explaining that they’d rewritten the script for the decades-old production of The Sword of Peace and were adding some Hollywood-style special effects and stunts. “After the first act,” he said, “you’ll be out of breath.”

Pat was there to help raise money for it. He’d spoken over the weekend at a black tie event at the Light Horse Plantation, and was getting ready to head back west. In the meantime, he was hanging out with his buddies, Dean and Starr, and talking about Gunsmoke with whatever writer happened to breeze in the door.

So let that be a lesson to you. No matter where you are in North Carolina, now matter how small a place it is, you could always run into a guest star from Seinfeld.