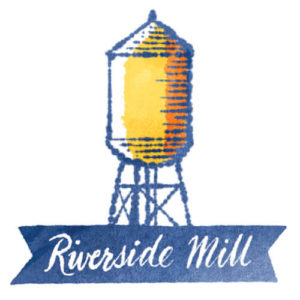 For nearly a decade, Wanda Sykes has been on a never-ending treasure hunt. One of the savvy vendors at Riverside Mill in Halifax County, she’s parlayed a lifelong appreciation for antiques into a post-retirement gig that finds her and her husband, Phil, crisscrossing the state in search of rare, historic, and charmingly curious pieces. While Sykes loves 19th-century primitive pine furniture, her instincts for what will sell translate into an astonishing assortment of finds, from Victorian-era cross-stitch to Santos dolls to a collection of scherenschnitte cut-paper designs by North Carolina artist Tina Gregory.

Riverside Mill, a restored 85,000-square-foot former textile factory, opened as an antiques mall in 2009. Located just a mile and a half off I-95 in Weldon, it attracts both hard-core collectors and intrigued day-trippers. Travelers up and down the East Coast pop in to stretch their legs, look around, and, more often than not, leave with something new or something old, and sometimes a bit of both. As visitors stroll along the original four-inch tongue-and-groove pine floors, sunshine pouring through the windows to illuminate exposed milk-washed bricks, they stumble upon things that they’ve spent years searching for, as well as gotta-buy-it knickknacks that they never knew they needed.

“One day, I was up in Roanoke Rapids,” Sykes remembers, “and I got a call that a man wanted to buy my entire center-aisle inventory: wagon wheels, old tools, farm implements, bins of nails, an old stove — all of it.” She and her husband scour regional auctions, field calls from friends and neighbors who are downsizing their parents’ or grandparents’ estates, and get tips from fellow dealers about items of interest. They love learning about the provenance of the pieces they acquire, and sharing those stories with enchanted buyers. “Every day is a new adventure,” Sykes says. 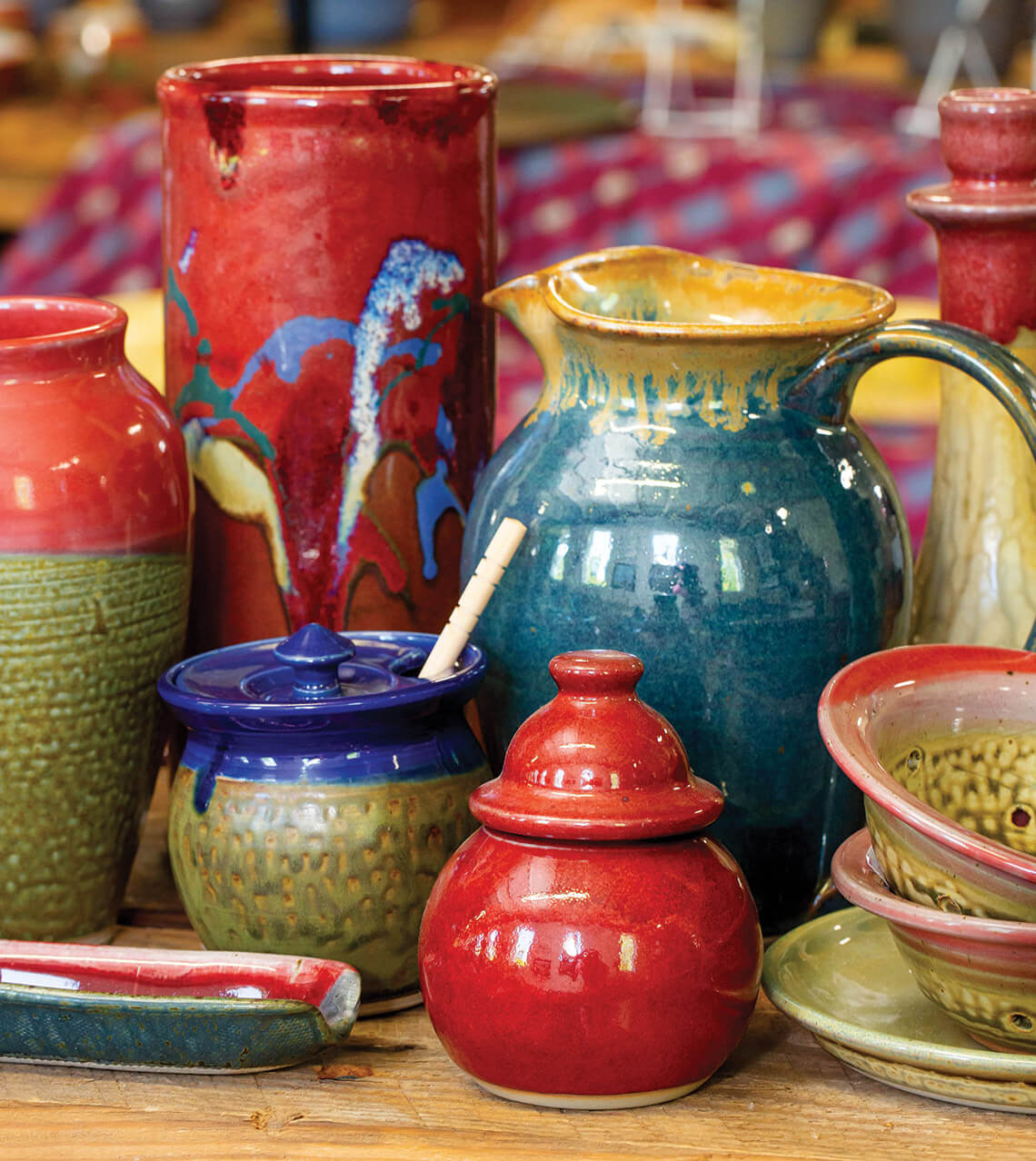 The Riverside Mill complex also houses a contemporary furniture showroom of overstocks and discontinued items, a bay devoted to women’s clothing from various online and cable TV retailers, and an expansive lower level with items ranging from housewares to women’s shoes. There’s also a brightly lit gallery space featuring original works by North Carolina artisans. Yet for those in the market for rare and unexpected treasures, the antiques mall inventory is sure to elicit gasps of delight and nostalgic flashbacks. Sixties kids who tuned in to Bonanza will appreciate a vintage, slightly worn children’s cowboy outfit, complete with leather boots and a navy felt hat. Elvis aficionados will thrill to find a gently loved copy of his Kissin’ Cousins album. And discriminating antiquarians will relish a pristine early 20th-century handmade primitive Hoosier hutch and late 19th-century metal ice boxes.

The Riverside Mill building dates back to 1899, when a group of local businessmen formed the Weldon Cotton Manufacturing Company to capitalize on the South’s booming textile industry. Like other mills that sprang up along our rivers and streams to harness the power of moving water, the company was located in close proximity to the Roanoke River, which meanders more than 400 miles from the Blue Ridge Mountains in southern Virginia to Albemarle Sound. Weldon also claimed distinction as a hub for five railroads, including the Wilmington and Weldon line, which was the longest railroad in the world when it was completed in 1840. 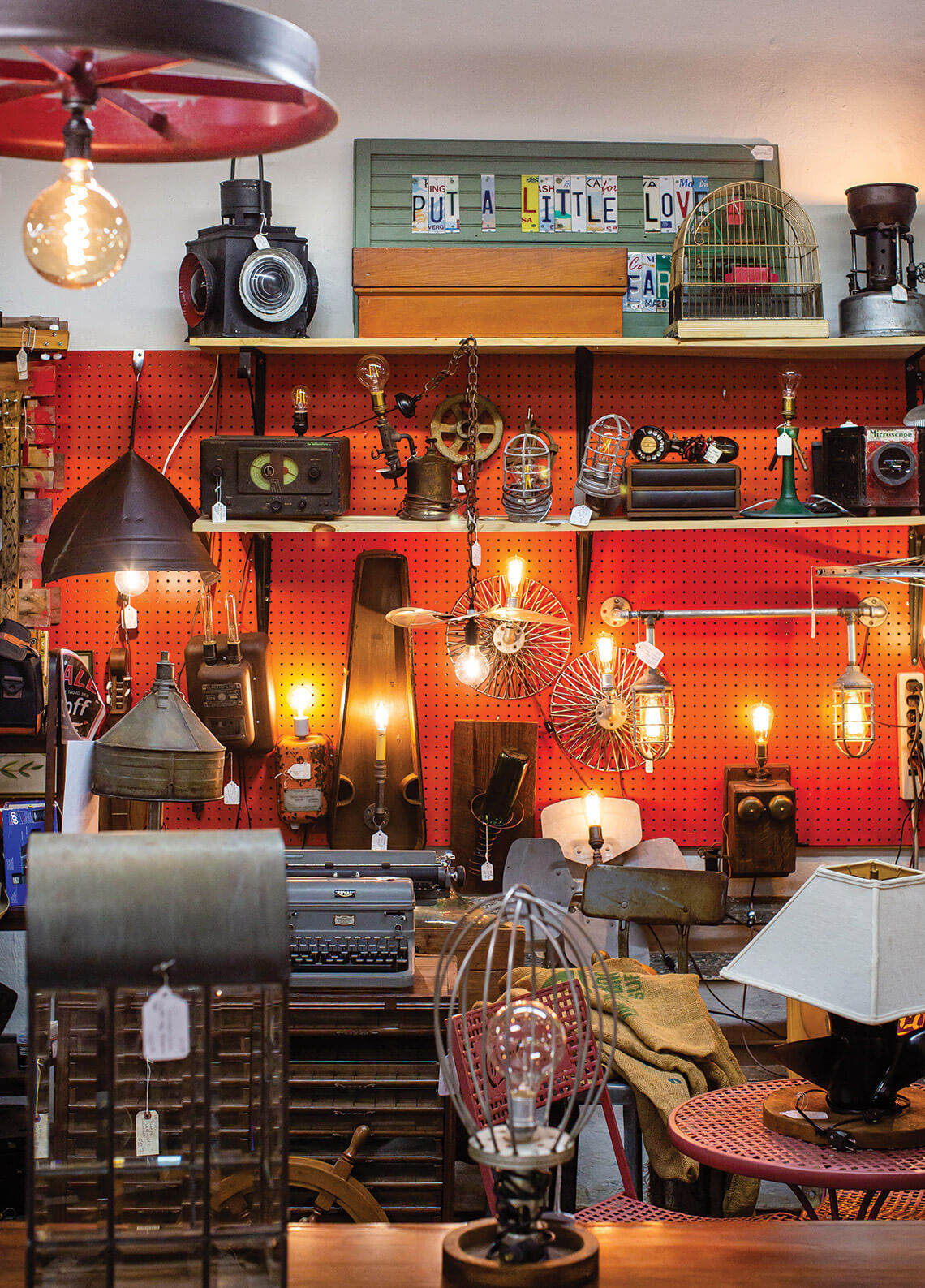 The mill changed hands many times over the decades before becoming warehouse space and offices. By the dawn of the 21st century, the building was sitting vacant, sliding toward disrepair. One day, retired Virginia Beach lawyer Keith Cuthrell spotted the old mill on a website featuring historic properties for sale. He saw a business opportunity in the decrepit brick building and bought it. “I immediately thought, What have I done?” he says, chuckling. “The basement was full of water, there were termites and trees growing through the foundation, and one section of the roof was falling in. A civil engineer I know asked me if I’d lost my mind.”

Cuthrell’s gamble may have been a calculated risk, but it’s one that residents of Halifax County welcomed with enthusiasm. After all, the adjacent Roanoke River Canal was listed on the National Register in 1976, and the Weldon Historic District was established in 1996, a testament to the region’s interest in historic preservation.

These days, Riverside Mill’s general manager, John Carver, can be found behind the cash register, and he often scratches his head over what people fall in love with. But Carver confesses that he, too, has succumbed to the tantalizing and mysterious pull of the past calling out to the present. One day, he spotted a Lenox china dinner plate in the discontinued Lenox Pine pattern. “From that purchase of one dinner plate,” Carver says, “I now have a service of 24 place settings, plus serving pieces, a teapot, coffeepot, butter dish, pepper grinder, and more.”

For Wanda and Phil Sykes, those moments of discovery are what make being part of Riverside Mill so rewarding. At an estate sale in Tarboro, they removed a pegged-wood, built-in wardrobe from 1905 that still bore the family name in ornate lettering. The Sykeses researched the name and determined that it belonged to one of the first Jewish families to live in Edgecombe County, and that it had been a gift to the daughter on the occasion of her wedding. Learning of its origins, a Jewish couple driving south from New York fell in love with it and bought it on the spot. Like so many of the items scattered about Riverside Mill, the old wardrobe’s cultural roots had come full circle.