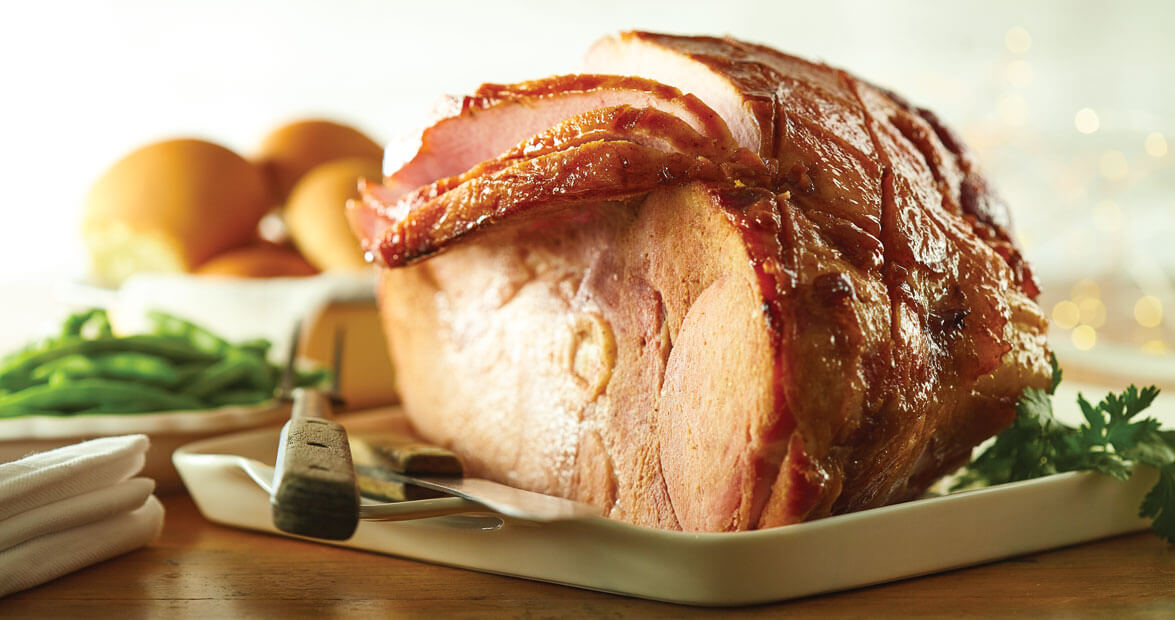 Ham doesn’t take holidays. Rather, ham works overtime. Garnished with pineapple rings, pricked with cloves, or bathed in Pepsi, a humble ham becomes Christmas dinner’s brightest star. The tradition is feasibly linked to the ancient practice of bringing in the boar’s head during the Yuletide, a festivity captured in a centuries-old carol: “The boar’s head in hands I bring with garlands gay and birds singing!” But tracking down a modern ham is obviously simpler than hunting a wild boar and placing an apple in its mouth (though that ritual continues in England). Nowhere is this more true than in North Carolina, where an oft-repeated stat tells us that pigs outnumber people.

Pigs have always been an indispensable part of Southern life, as they were plentiful, easy to raise, and a source for multiple meals. Butchered and cured in salt, they provided an important source of protein that would keep for weeks and months — even years. Creative cooks came up with ways to make the salty pork more palatable, which commonly included soaking or boiling. Writing in 1867, Annabella Hill, the prominent rural author of Mrs. Hill’s New Cook Book, declared boiled pork “our favorite every-day dish.”

Refrigeration later enhanced pork’s appeal, making it so that hogs could be killed year-round — not just in cooler months — and prepared beyond shelf-stable cures, which extended the life of everyday ham. And so it was that by the early 20th century, a variety of plump, wet-cured hams — so-called city hams, to distinguish them from their dry-cured country cousins — could be readily plucked from the likes of a Piggly Wiggly. Inventive home cooks continued to come up with ways to make city hams more appetizing or unique. Basting the meat in syrupy sodas like Cheerwine or Pepsi proved one popular cure. Reaction to that sweet-and-salty alchemy can be summed up in another line from the “Boar’s Head Carol”: “Giving praises to the Lord!” (Pronounced lard, of course.) And the praise rings out from city and country believers alike.

It’s easy to assume that Ross Flynn built his ham business on country ideals. Founded in 2014, Left Bank Butchery is situated in the heart of rural Saxapahaw, a former mill town on the Haw River. To procure pork, Flynn and his co-owners Aron and Lisa Woolman partner with Cane Creek Farm, also of Saxapahaw, where Flynn worked as a farmer for five years and first learned the art of butchering. But Flynn also adheres to city standards. The city hams — he calls them “house hams” — featured on Left Bank’s menu are brine-cured to produce succulent meat, perfect for supper or a sandwich. “I take a lot of pride in being in school lunch boxes,” he says. “I take pride in being part of people’s everyday.” 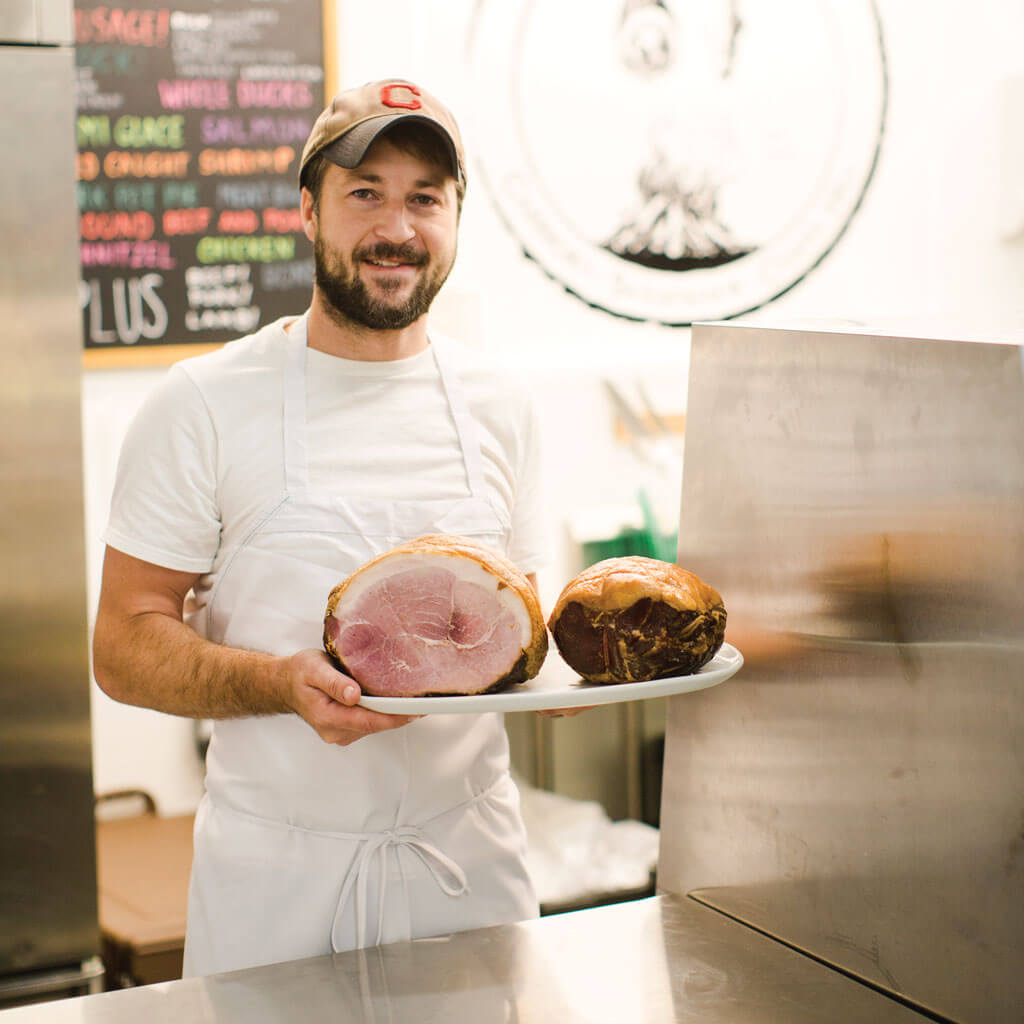 Flynn secures all of his pork locally, and the resulting hams are far from your average grocery store variety. His rich and complex herbs de Provence and molasses-smoked hams are his day-to-day best sellers. But they particularly hog sales between Thanksgiving and Christmas.

Around the state, ham’s heyday has always been the holiday season, when a gussied-up everyday ham is as anticipated as a wrapped present. One second-generation curemaster in Smithfield emphasizes this point to his workers: “I say, ‘Listen. The customer’s whole house could burn down; they could lose all their presents, their Christmas tree. But if their refrigerator made it through the fire with that ham in it, that Christmas will be fine.’ ”

Such zest for ham may sound a little crazy. But holidays are known to heighten emotions — to heighten nearly everything. The trees are strewn with tinsel. The lowly sock is hung on the mantel. And the average ham settles in at the head of the table. Eventually, though, the tinsel is taken down and the stocking is packed away. Meanwhile, the picked-over ham remains, calling out to be re-upped for another day, and another, and another. An old carol puts it best: “Repeat the sounding joy!”