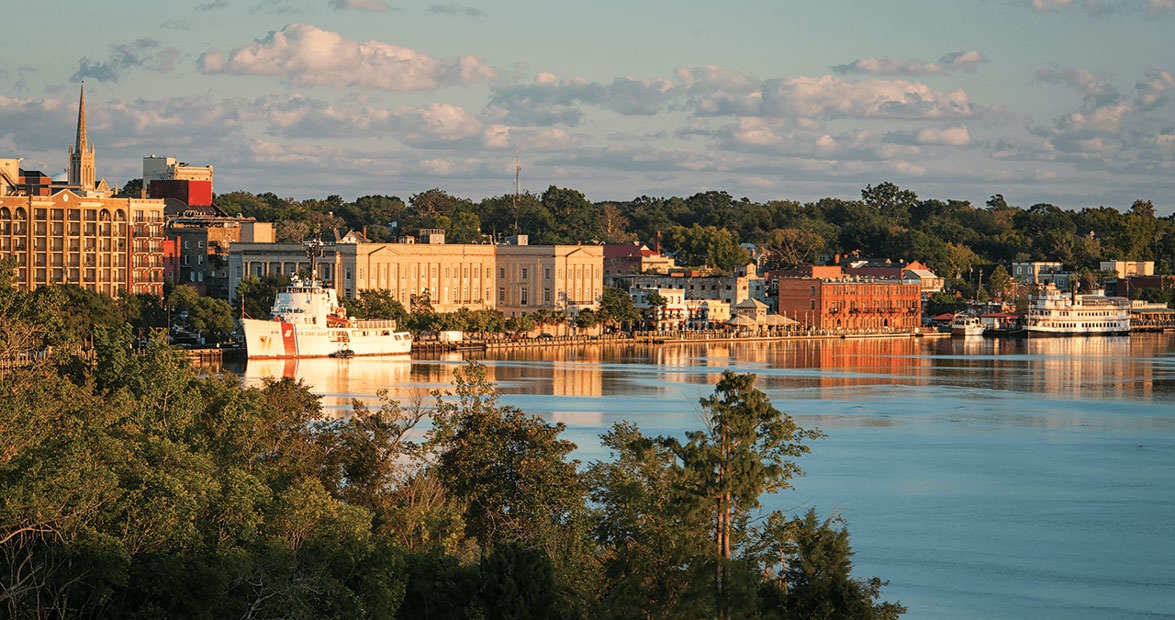 So, one evening soon after I move to Wilmington in 1989, after a long day at the office, on the way home I stop at the supermarket to pick up some beer. The store is crowded with the after-work bunch. I grab my six-pack and dash for the 12-items-or-less express lane — but someone beats me to it: a young woman pushing a whole cart full of groceries.

I’d know her anywhere — remember her terrific performance as the quirky, shy girl in The Breakfast Club? Even in casual clothes, her hair somewhat disheveled, she is strikingly attractive. She’s in Wilmington to film The Lost Capone, a fictional tale of Al Capone’s brother, who settles in the backwater town of Harmony, Nebraska, fighting crime. She plays the wife of the lawman brother.

But I’m not thinking about any of this. I’m thinking, You have more than 12 items!

Which is a funny thing about movie stars. You get used to them.

It’s cool at first, seeing famous people in the supermarket or on the street. Or turning a corner and finding that the Smith Creek Bridge is blocked off because they’re shooting a night scene. The first few times, you hang around and watch, mesmerized by all the gear: the lights and generators and the little railroad tracks they lay down for the camera trolley. The cranes and trailers and tangled, medusan clumps of thick, black power cords snaking everywhere. It takes about a million people to make a movie, even a bad movie. And all of them require walkie-talkies.

They grab you in their spell, the sheer magnitude of the illusion they are creating, the magical aura that pulses around them as they work. Even when they’re standing around waiting for their cues, the actors in their perfect costumes and makeup glow like holy-card saints.

Then, after a while, the spell wears off.

But while the magic has you, it is compelling.

One of the first sets I ever stumble onto is a street scene in Rambling Rose, about a young woman saved from prostitution by a kind family during the Great Depression. My dad’s in town for his first and only visit. We’re strolling down Front Street. My dad notices a 1930s-era Ford coupe.

“Hey!” he says. “I used to have one just like that!” And before I can stop him, he’s crossed the street and is opening the door of the car, peering inside. He notices other vintage cars parked along the curb. “Must be an antique car show!” he says happily.

But all of a sudden I become aware of two kinds of people: the first are dressed in old-fashioned clothes, walking down the sidewalk looking baffled — a familiar middle-aged man in a suit and Panama hat, and a slim young woman in a flowered dress and cloche.

The other is a small army of guys in cargo shorts and walkie-talkies racing toward my dad.

The man in the 1930s suit smiles at my dad. The tall girl next to him in her flowered dress stands nonplussed.

I grab my dad by the arm. “It’s not a car show,” I say. “It’s a movie.” And we’ve just walked into their shot. I point to the man 10 feet away on the sidewalk, the one standing beside Laura Dern. “That’s Robert Duvall.” 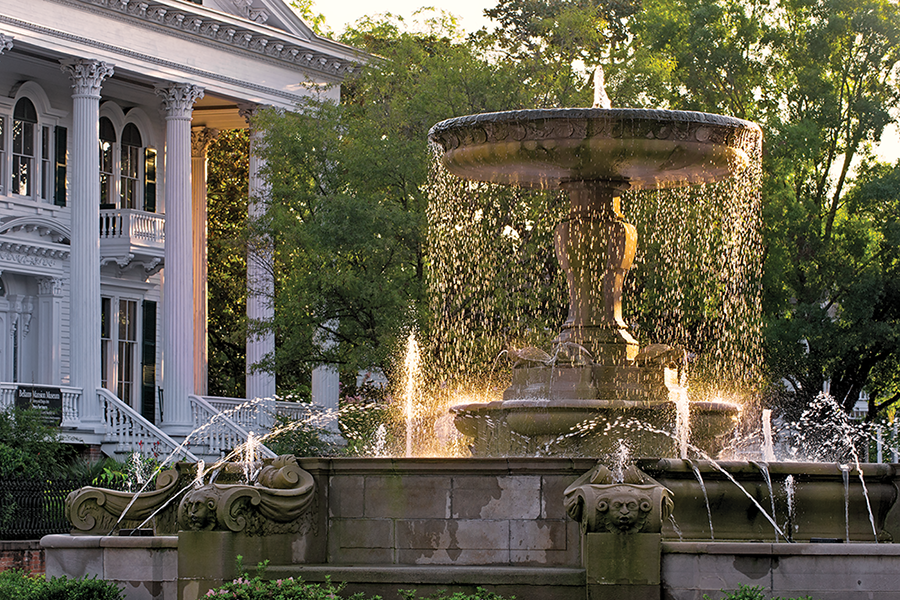 When I moved to Wilmington 25 years ago, the city had already acquired its own movie reputation. I watched David Lynch’s creepy Blue Velvet shortly after arriving. There was New Hanover High School, the police department, the little corner restaurant on Chestnut Street. How strange to see Kyle MacLachlan and Dennis Hopper roaming around familiar streets, past storefronts I recognized, transported to the fictional Lumberton of the movie.

It’s always a little thrilling and a little weird to see your own neighborhood pretending to be somewhere else on the big screen. I had the same feeling watching Dead Poets Society, filmed at my old boarding school in Delaware. In an early scene, students follow their charismatic English teacher, played by Robin Williams, out of their classroom in the main building, and they emerge into the hallway — 200 yards away, in the old gym!

Such moments inflict an odd sense of vertigo.

But it’s a key part of the story about how film came to Wilmington, this ability for a place to masquerade as someplace else.

Our film history begins with a movie called Firestarter, based on a Stephen King novel about a kid pyromaniac (Drew Barrymore) who can start fires with her mind. Frank Capra Jr. is working with Dino De Laurentiis Productions. They search for the right house: an antebellum plantation. A location scout sees a magazine picture of Orton Plantation, on the river south of Wilmington, and it’s perfect. So perfect that they build an exact replica of the mansion’s white facade and burn it to the ground in the finale.

De Laurentiis falls in love with Wilmington and decides to locate his new studio here.

I got to know the studio after it had become EUE/Screen Gems under Frank Capra Jr., a sweet and generous man who was himself movie-star handsome with a shock of silver hair. Frank agreed to team-teach a university film class at the studio, and by and by I was offered a turn as his teaching partner. My job was to convene the students and give them a rudimentary introduction to film: its history, vocabulary, and basic shots.

Then, each week, Frank would present a working specialist to the group. So one week a cameraman would teach us to “pull focus.” The next week, a makeup artist would create realistic wounds. The casting director might show up and run through a casting call, or the gaffer would demonstrate how to light a set. It was one of the coolest teaching gigs I ever had.

Whereas at the university I cruised for half an hour in search of a parking spot, each morning when I arrived at the studio I pulled into my own slot right next to the building. The guard waved me through the gate, and inside, Frank’s assistant handed me a steaming cup of coffee. Just showing up for work there made me feel glamorous and important.

The finale of the course was a visit to the soundstage where Muppets From Space was filming. There they all were, real Muppets — if there are such things: Gonzo, Kermit, Miss Piggy, the whole gang. Some of my film students were cast as extras.

And there was Ray Liotta — just as brutally handsome in person as on-screen — only more so. That’s another weird thing about movie stars. They’re so familiar, the way the Eiffel Tower is familiar, from films and photographs, that you think you already know what they look like. But in person, they’re so vividly three- dimensional. I can’t think of a better way to say it. It’s as if, until you met them, you didn’t really believe they existed in the world.

It wasn’t just Firestarter or Blue Velvet or even the Muppets that made Wilmington hum. Wilmington has hosted hundreds of movies, many with A-list stars. To name just a few: Julia Roberts in Sleeping With the Enemy; Dustin Hoffman and Nicole Kidman in Billy Bathgate; Bruce Willis in The Jackal; Richard Gere and Kim Basinger in No Mercy (slogging through the Louisiana bayou of Greenfield Lake — one thing we have is plenty of alligators); and my personal favorite, Jodie Foster as the one-legged Sister Assumpta, nemesis of the altar boys in The Dangerous Lives of Altar Boys.

The movie business has infiltrated the DNA of the Wilmington scene. The Old Wilmington City Market features a huge prop facade from The Hudsucker Proxy, which brought us Paul Newman, Jennifer Jason Leigh, and Tim Robbins.

And lots of movie people now make their homes here — not so many stars, but camera operators, special-effects people, set designers. A cadre of young filmmakers created Cucalorus, a spirited celebration of films and filmmakers, which takes over the city for a week every November.

The Wilmington Star-News regularly reports star sightings, new productions in the works, and location events. Its online “Wilm on Film” guide keeps us all current on who is in town filming what. 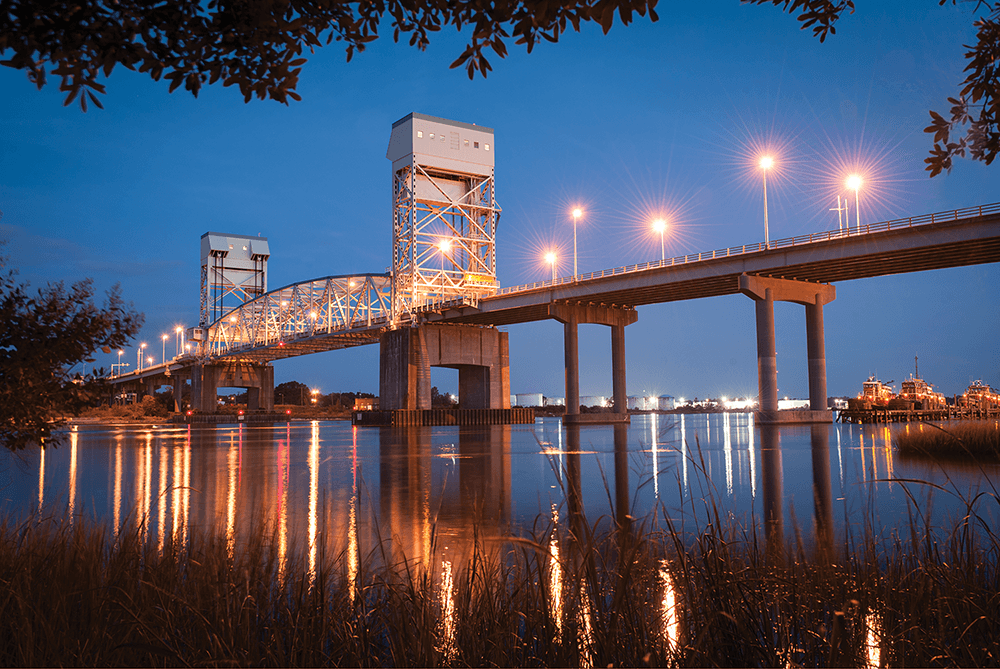 Wilmington’s industrial side lights up the sky – and the river – around the Cape Fear Memorial Bridge. It’s a dramatic sight, especially on film. photograph by Ned Leary

Over the past year the news has included the TV series “Sleepy Hollow,” shooting at Bellevue Cemetery; the erection of a 45-foot-tall Ferris wheel in a backyard in Forest Hills for the Hallmark Hall of Fame movie Christmas in Conway; the season wrap for “Revolution” (whose cast will soon include Timothy Busfield of “The West Wing”); filming of The Squeeze, a feature movie starring Christopher McDonald, at the Cape Fear Country Club; a surreal photo of a dozen or so actors suspended on cables hung from cranes for Iron Man 3.

One of my favorite writing students, Tara Thompson, used to arrive at class, always a few minutes late, out of breath and discombobulated. The first time it happened, I asked what had held her up. She said something like, “I was being chased by Nazis, so I had to pedal a bicycle half a mile, jump a fence, hop on a moving train — ”

Thing is, Tara wasn’t kidding. She had just spent a harrowing day acting as the body double for Indiana Jones’s girlfriend in the series “The Young Indiana Jones Chronicles,” being filmed down at the studio.

Now our university has a bona fide film studies department, and in good weather it’s hard to go anywhere on campus without stumbling into some budding director’s tracking shot.

My closest brush with a celebrity came when director and producer Tony Bill (The Sting) asked me to meet him on the set of One Christmas, an adaptation of a Truman Capote short story starring Katharine Hepburn and Henry Winkler. Bill was interested in optioning one of my novels. He proved to be a gracious host; he invited me inside a quaint house in the historic district, supposedly in 1930s New Orleans, where a Christmas tree stood in full ornament. Henry Winkler, playing Dad, was having a difficult heart-to-heart with his estranged son, played by T. J. Lowther.

It was a heart-clutching scene — even the fourth or fifth time through.

When Mr. Bill was satisfied, we adjourned to high director’s chairs out on the lawn and scarfed down a wonderful lunch. Mr. Winkler joined us — easygoing and funny, the kind of guy who makes you feel like you’ve known him all your life.

So I’m sitting there in the high canvas chair, basking in the glow of such famous company, enjoying the insider talk about scene and story, and suddenly I begin to feel giddy, unbalanced, even — as if the sky is wheeling out of kilter. It’s no illusion. My chair has sunk into the soft lawn and is ever so slowly toppling me backward.

At the last second, Mr. Winkler and Mr. Bill both grab me and tug me back upright to reality. Which does not, alas, include a movie option.