One of the most enduring and beloved voices in our pages, Philip Gerard was a musician, a professor of creative writing at the University of North Carolina Wilmington, recipient of the 2019 North Carolina Award for Literature, and the author of 16 books, including his best-known work, Cape Fear Rising. To us at Our State, he was our resident historian-storyteller, having mastered the balance of clarity and compassion that such a title requires. Dense with details gathered in his exhaustive research and woven together with a poet’s-eye view of the world, his popular Civil War and Decades series brought the broad sweep of history down to a human scale. As we reflect on Philip’s contributions to our magazine and our state, we’re revisiting a few of the nearly 150 stories he wrote for us — and remembering the credo that guided him: “I believe it is the job of the writer to put into words what is worst — and also what is best — about us. To light up our possibilities, discover the finest lives to which we can aspire, and to inspire our readers to greatness of soul and heart.” 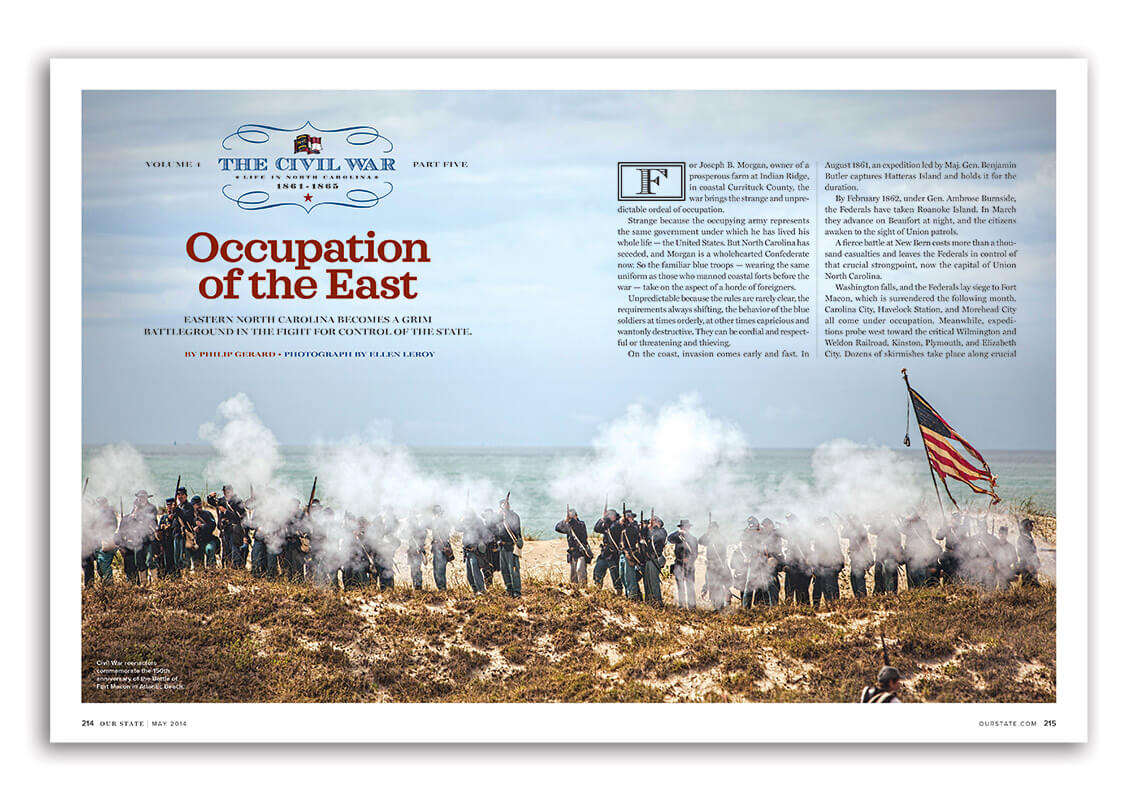 Over 48 installments, Philip served as a reporter on the ground, a modern witness to events that had transpired 150 years before, as he grappled with the “unfinished business” of the Civil War in North Carolina. Of the people whose stories he told, he wrote, “I have done my best to remember them all — especially the ordinary soldiers, farmers, laborers, wives, freedmen, and slaves — with compassion and empathy.” 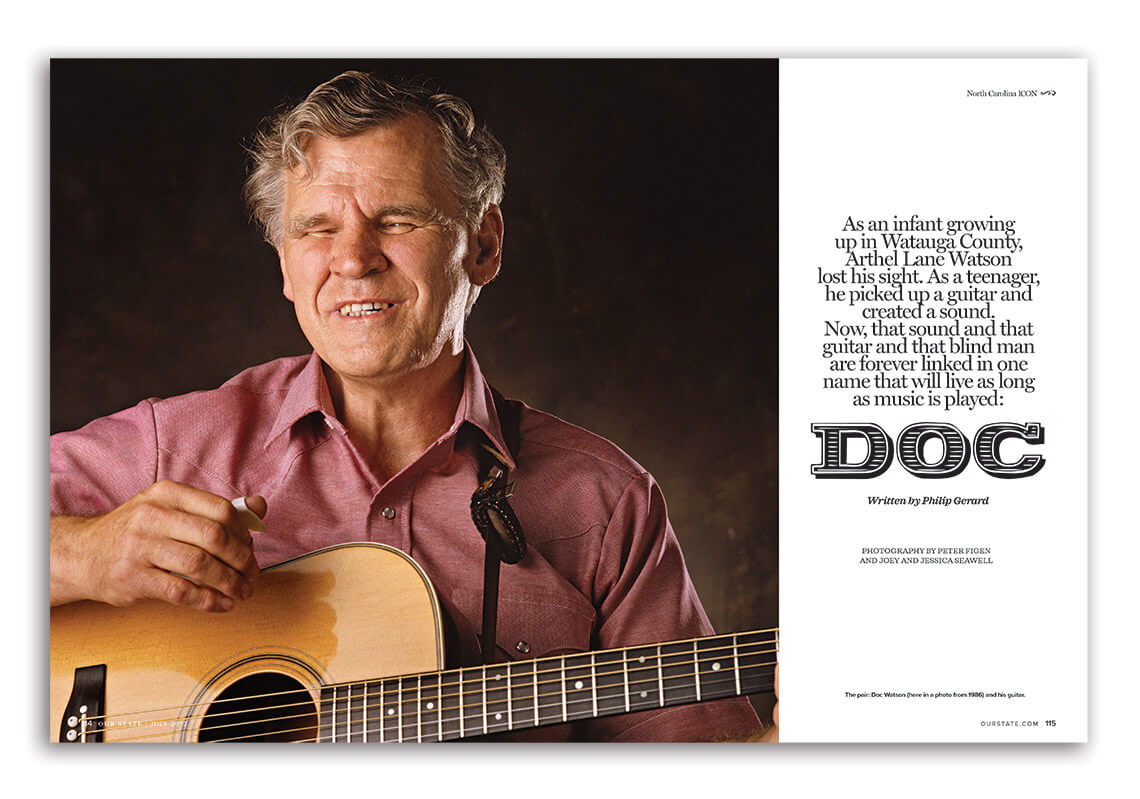 Philip brought his insights as a musician to his profile of Doc Watson, the cover story for our “North Carolina Icons” issue. His memories of hearing Watson’s joyful, deceptively simple music for the first time in college were all the more poignant because the issue came out weeks after Watson died in May 2012. 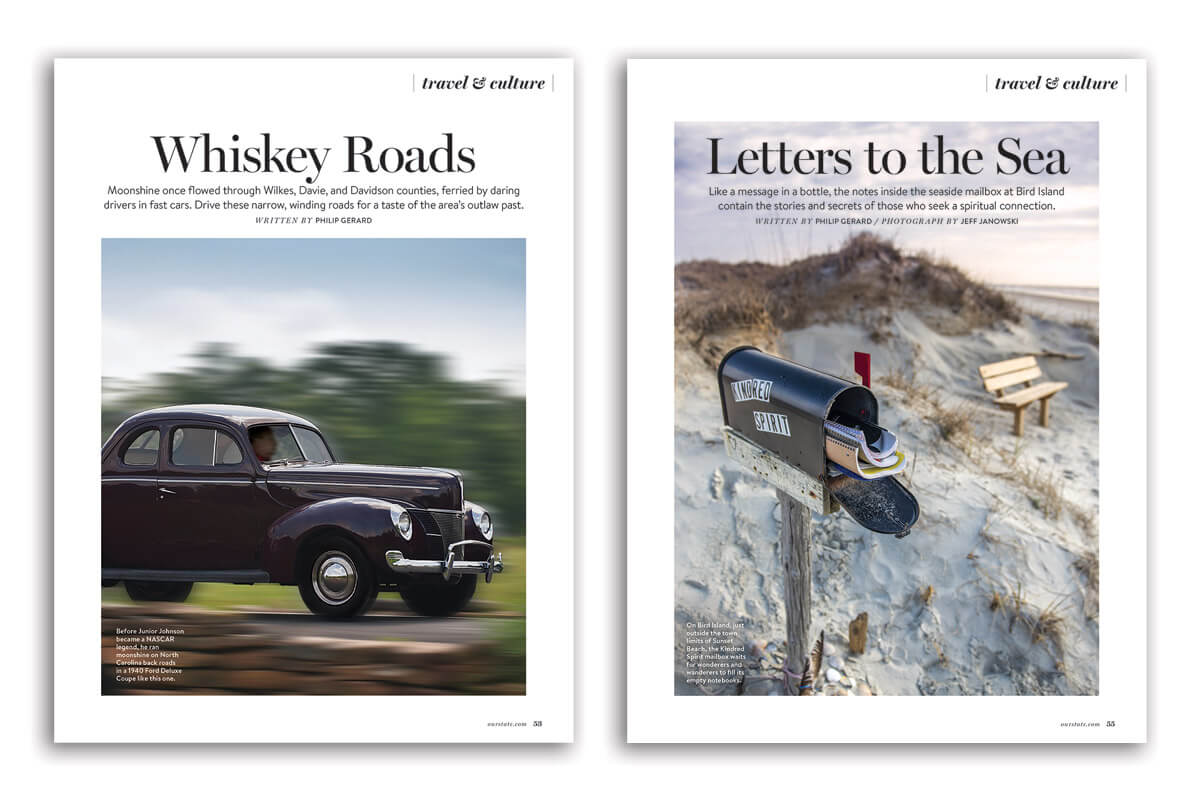 In a series of short, lyrical essays, Philip wrote about exploring the state, often alongside his wife, Jill. Whether he was driving “whiskey roads” in the Foothills, playing hammered dulcimers in the mountains, or visiting the Kindred Spirit mailbox on the coast, the past always played a role in his work. 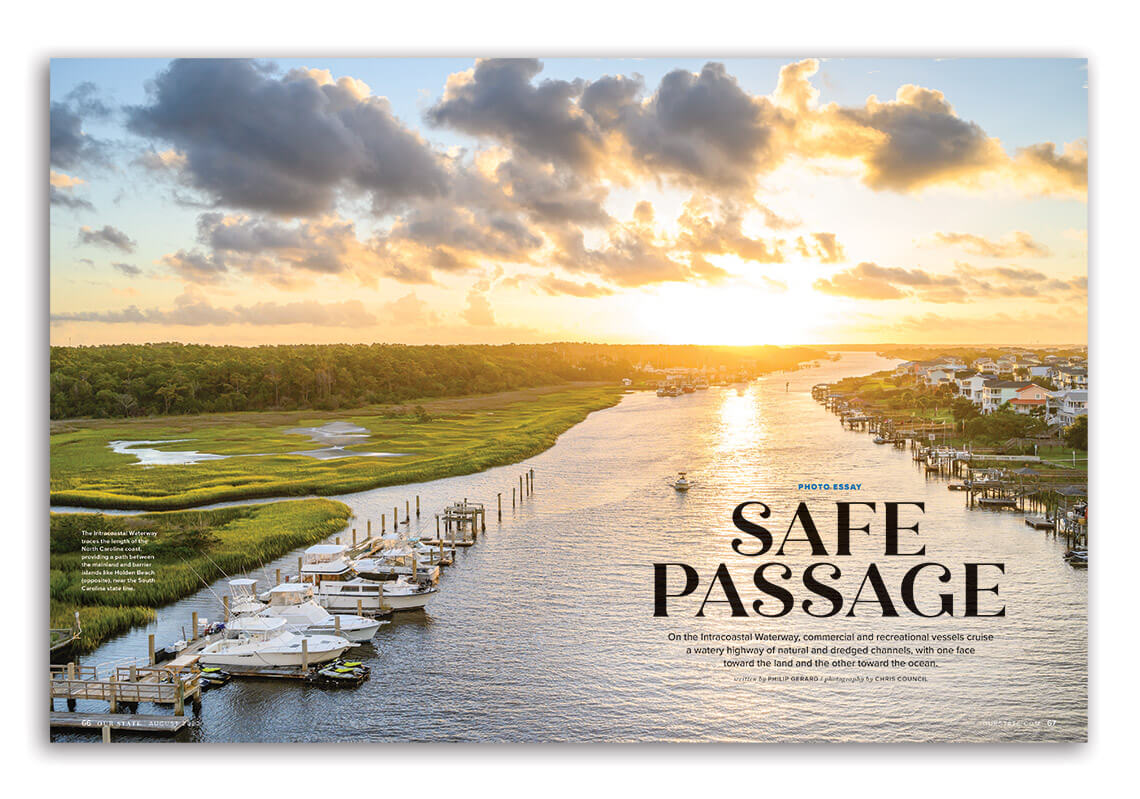 Philip’s love of messing about in boats helped inspire two pieces last summer. In June, he put together a primer on working boats of the Carolina coast. In August, he wrote the narrative for our photo essay about the Intracoastal Waterway — taking to the water in his own boat to get the details just right. 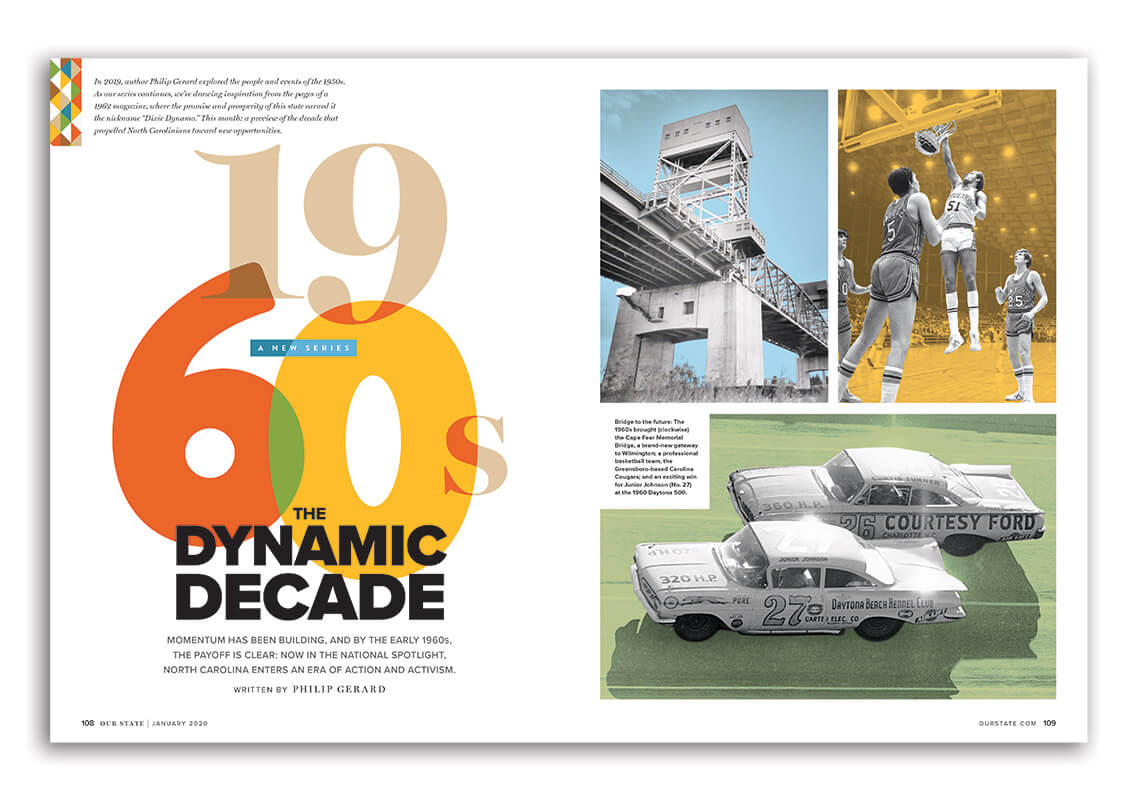 In this follow-up to his Civil War series, Philip devoted one whole year to each pivotal decade in our state’s history. From the 1940s — the decade that marked North Carolina’s shift from a rural state to a rapidly modernizing one — through the 1980s, every monthly entry focused on the people and events that help explain how we arrived at our present moment.