I try to be a good person. I don’t think of myself as stingy. I give to the church. I volunteer. I occasionally hand dollars through the truck window to the panhandler on the corner. I help turtles cross the road. And I don’t cheat on my taxes. That deduction for a fly rod? Purely business. Haven’t enjoyed it at all.

I’m not a selfish person.

But then … there’s shrimp.

When it comes to shrimp, let’s just say that I can get a little uncharitable. Greedy, even. 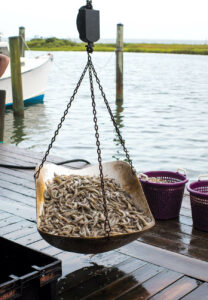 I wait for the first hauls of spring shrimp to show up like one of those bears standing in an Alaskan river, waiting for a salmon to jump into its mouth. Singularly focused. Patient. But not to be trifled with. As we head to the coast, Julie keeps her eyes peeled for the first good tomatoes and Silver Queen corn at the roadside produce stands along U.S. Highway 70. But I’m looking for some dude sitting next to a pickup truck with rusty rocker panels and battered coolers on the tailgate. He’ll have a sign handwritten on a piece of spare cardboard: “Shrimp. $7.99.” When he sees me studying his wares, sniffing deeply in the cooler, my trained eyes searching out the starting-to-turn-black legs of shrimp just on the far side of fresh, he knows he’s got an old hand on deck.

I abhor imported shrimp, but wild-caught local shrimp are an ambrosial gift, and I buy them with my eyes open, knowing that nothing comes free and that shrimp trawling can leave a sometimes heavy environmental mark. So I treasure each one. Throughout the summer months, brown shrimp are most common in North Carolina waters. They are typically trawled in inshore shallow waters, and shrimp, like oysters and wine, can pick up a bit of terroir from their local environment. That gives brown shrimp an almost earthy taste.

But right about now, the run of white shrimp — what locals call “greentails” — is cranking up. Greentails can be humongous, in a shrimpy kind of way. I swear I’ve bought them when there were seven or eight to the pound, and let me tell you, a seven-count greentail shrimp is a marvel in the hand and on the plate. They’re nearly the size of a bratwurst. The antenna can be a foot and a half long. You would run to get out of their way in a dark alley. There’s little that’s shrimpy about them. Except for the taste, which is the sweetest of all the shrimp.

It’s the greentails that seem to bring out the worst in me. When I can get my hands on a few greentails, something ugly happens: I want to get my hands on ALL the greentails. There’s a Facebook page I follow for a shrimper near Morehead City — I would tell you the name, but I already have to run to the truck when the family posts that there are fresh shrimp incoming. Buyers will line the highway. The little buggers can sell out fast. I’d like for everyone to have a chance at sampling the best shrimp on the planet. But only after I go first.

I’ll buy 10 or 20 or more pounds of these whopper shrimp and bring them back to our Morehead City house to head and freeze. This is when Julie typically finds one of those errands that simply cannot wait another second — a citronella candle that must be replaced, or the sudden discovery that we are low on tortilla chips from The Friendly Market. But that’s OK. There’s a pleasing rhythm to heading shrimp, and a sense of instant gratification as the pile of ready-for-the-grill greentails grows higher. I can’t lay claim to having primed tobacco, but popping off shrimp heads in the shade, a cold beer nearby, folks waving and honking as they pass — that’s a little piece of coastal heritage shared by many Tar Heels. The hardest part is not dropping the beer as I hold it with shrimp-slimed hands. But practice makes perfect, as in all things. 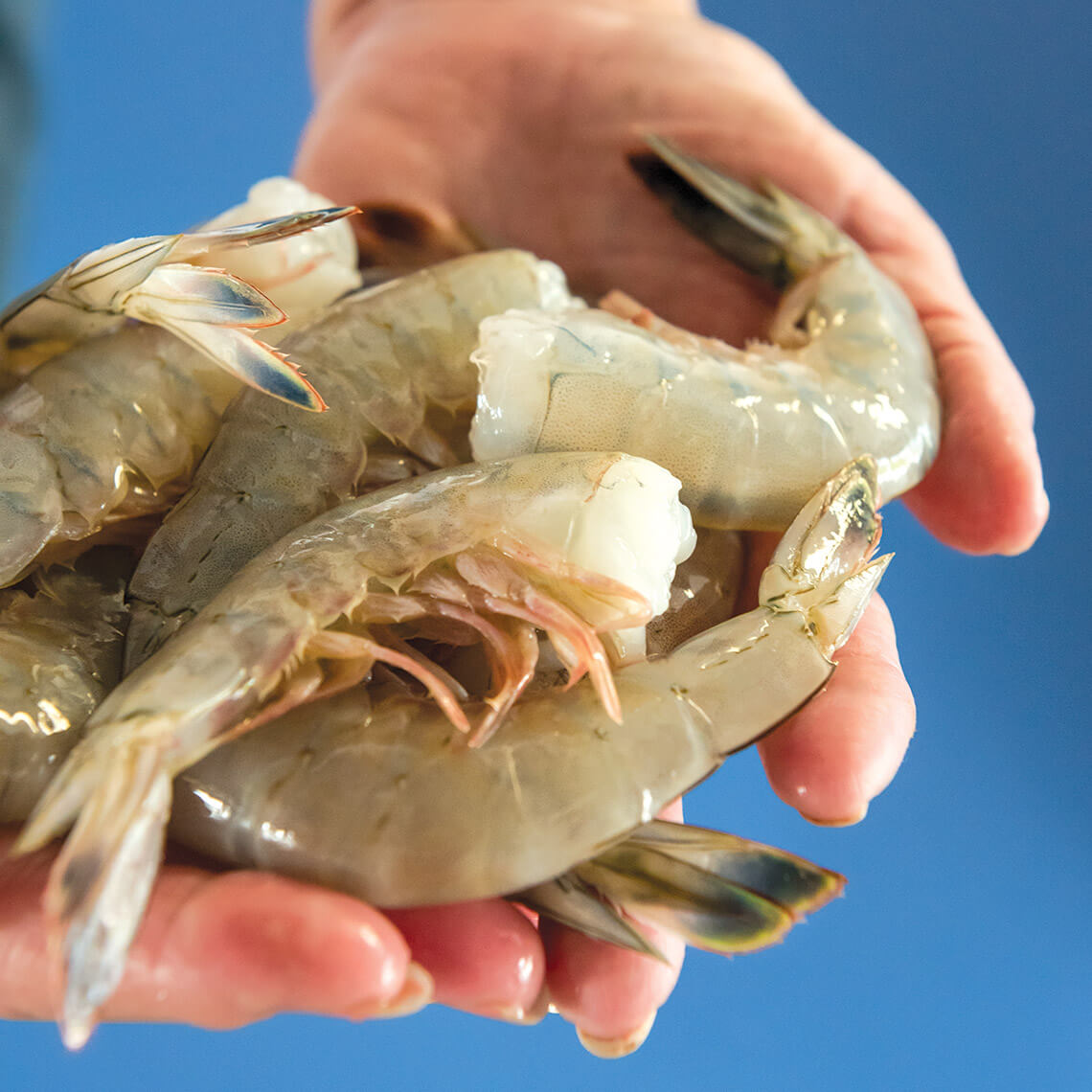 The Ramblin’ Man treasures every wild-caught local shrimp he can get his hands on. photograph by Emily Chaplin and Chris Council

I head them all at once and freeze them in zippered bags and recycled milk cartons. I’ll stack the finished wares like gold ingots in a downstairs freezer back home. And I promise: Throughout this process, I intend to share the bounty. I imagine the faces of my friends lighting up as they see a bag of North Carolina greentails in my hand. Some people bring wine to a dinner party. I plan on bringing the first fruits of Poseidon.

The sad truth, however, is that it doesn’t always work out that way. Sometimes, it works out like this: Julie waits upstairs, dressed for a dinner date or holiday party. I stand at the freezer, torn between the dark side and the light. I know what I should do. But as the questions come to me, unbidden and unwelcome, the cold updraft from the open freezer door finds its way to my heart. And I feel it harden, like Pharaoh’s as he contemplated freeing the Israelites.

How nice was this person to me this year, really? Maybe pretty nice. But think this through. Do they actually deserve a bag of cherished greentails, all headed by hand and sealed in a block of ice? Are you sure they’re worthy? Were they that good a friend?

Truthfully, as you might imagine, they almost never were. I shut the freezer door. We’ll pick up a bottle of wine on the way to the party. Or cheese straws.

When it comes to shrimp, dadgum, it’s hard to be good.