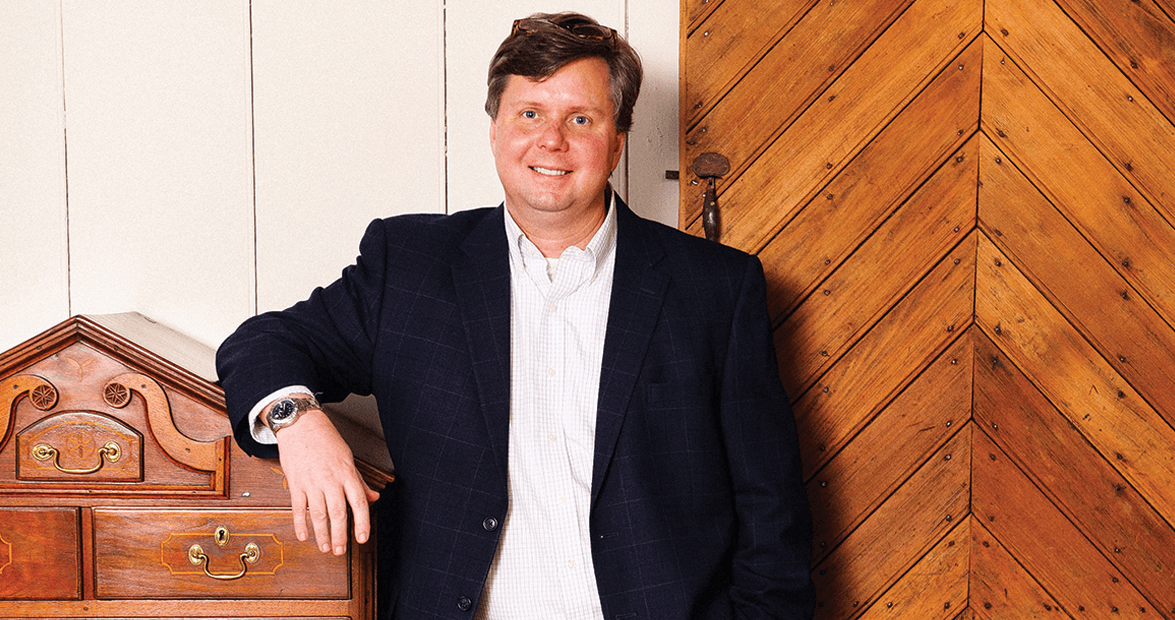 It’s a beautiful object, this carved wooden staircase, but the history living within it is somber. It’s on display at the Museum of Early Southern Decorative Arts (MESDA) now, but at one time, this staircase and the surrounding hallway were part of a house in Edenton. Harriet Jacobs lived there, along with Dr. James Norcom, who owned the house — and her.

Jacobs eventually escaped to her grandmother’s attic, where she hid for seven years, and then went on to write Incidents in the Life of a Slave Girl, one of the most famous autobiographical accounts of slavery in the American canon.

Jacobs, who could read and write, was able to tell her story in her own words. But for many people living in the South in the 17th, 18th, and early 19th centuries, writing down their experiences was not a priority, and often not a possibility. They were too busy trying to survive in a new, largely unpopulated place. So we remember these ancestors through other sources: the objects they made with their hands and used in their everyday lives.

At MESDA, these objects — ceramics, furniture, silverware, paintings — are displayed together to preserve the artistic and cultural legacy of the early South, which for MESDA’s purposes, is Tennessee, Kentucky, Maryland, Virginia, North and South Carolina, and Georgia.

It’s the only museum with that kind of mission. “No other museum combines art, history, and culture with a regional focus” on the South as a whole, says Robert Leath, Old Salem’s vice president of collections and research and the chief curator. He’s responsible for finding — then filling — gaps in MESDA’s telling of the story of the early South.

It’s hard work, choosing the best item to tell a piece of our story: Once Leath decides what historical aspect he’s missing, he has to figure out what to acquire, and who crafted that item. MESDA has both a Thomas Day dresser and the 1850 bill of sale that proves he made it, but finding a marked item is rare, and identifying a craftsman can be a decades-long process.

“It’s a big world out there,” Leath says. “There are a lot of cubbyholes.”

The man behind the museum

Telling the whole story of the South wasn’t always MESDA’s primary mission. When he first started the museum in 1965, antiques dealer Frank Horton hoped to garner respect for the South and its arts and crafts. He and his mother were avid collectors and proud Southerners who wanted to dispel the prejudice that great things were only made in the North.

Leath met Horton while he was working in an antiques shop in the early ’90s. The two hit it off, and Leath still remembers what an honor it was when “the great Frank Horton” called him to get his opinion about whether a coat of arms he was thinking about buying was authentic to the Lee family of Virginia. (“It wasn’t,” Leath says. “I probably saved him a lot of money that day.”)

Horton served as director, then director emeritus, of MESDA until his death in 2004. A photo of Horton hangs on the wall opposite Leath’s desk, right above Horton’s Underwood typewriter. When in need of inspiration, Leath touches the old typewriter and recalls Horton’s determination and the strength of his vision. 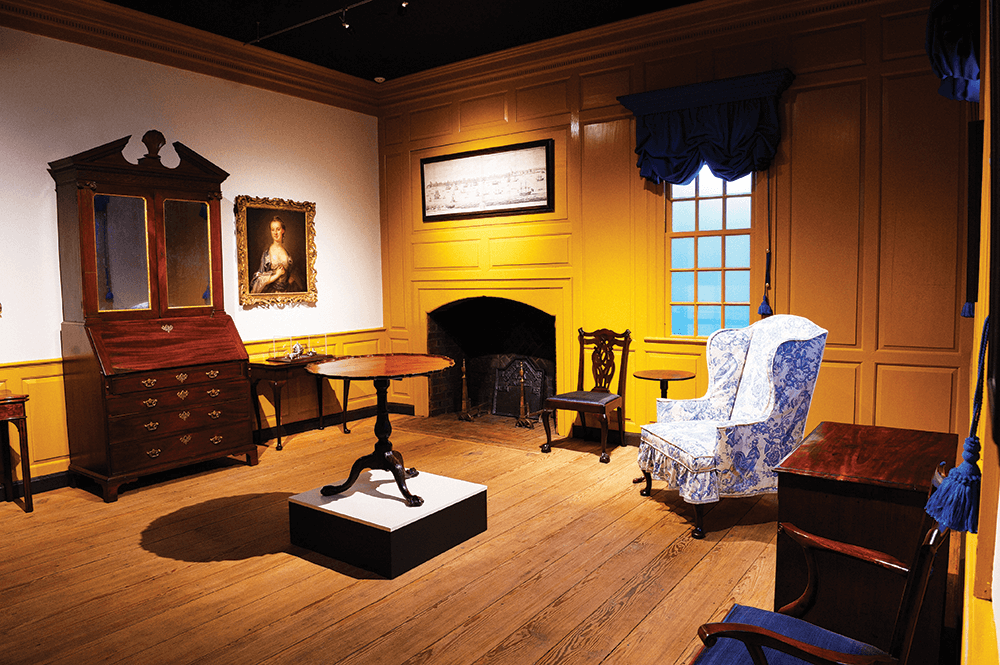 A finished room may look simple, but the furniture within it, like this Thomas Day dresser from 1850, can take years to find. When Robert Leath gets frustrated, he just touches the museum founder’s old typewriter, and he finds inspiration. photograph by Joey and Jessica Seawell

Linking past and present

With the South’s reputation for beautiful craftsmanship safely affirmed, Leath and the researchers at MESDA continue to expand on Horton’s original mission. They’re reaching out to new audiences and becoming more mindful of diversity in the South, particularly in the backcountry — areas that were independent from coastal artistic hubs like Charleston, South Carolina, and Baltimore. They’ve been focusing on bringing in artifacts from Kentucky, Tennessee, and the Piedmont areas of North Carolina and Georgia, as well as those made by black craftsmen.

“The collection is diverse because the South is diverse,” Leath says. When you visit MESDA, you’ll walk through a room whose woodwork came from the 18th-century home of a middle-class farmer from Somerset County, Maryland, before viewing the bright, but historically accurate, yellow walls of a wealthier family’s home from northeastern North Carolina.

You can see the handiwork of 8-year-old Sarah McPhail, whose 1827 needlepoint sampler showed what she was learning in her lessons. You can see the earliest known pottery signed by a female potter: a lead-glazed earthenware crock made by Mary Adam of Hagerstown, Maryland, who took over her late husband’s pottery business in order to make a living on her own.

Although the process of researching an artifact can be long and difficult, it’s always worth it, Leath says, to witness the human stories within the objects that link us to our past, and to preserve that sense of legacy for the future.