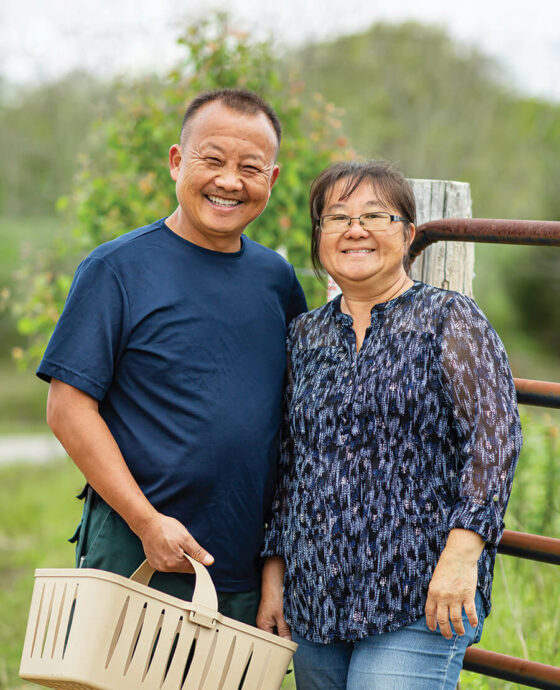 On the eastern end of the state, rice farmers focus on Carolina Gold, grown in fields. In the Piedmont and into the foothills, rice is cultivated in a totally different way by the Hmong, an ethnic group that left Laos and other nearby countries after the Vietnam War and resettled in western North Carolina, drawn to a landscape and a climate that are similar to what they knew back home.

Tou Lee and his wife, Chue, own Lee’s One Fortune Farm, based in McDowell County. Tou came to Marion in 1979, when he was around 8 years old, and he already had gardening experience. For the Hmong, working the land starts “as soon as you can hold a gardening tool in your hand,” he says. “In Laos, it’s expected for you to help the family tend the farm. I was no different. A lot of stuff we practice today, I learned then.”

The Hmong often farm collectively, with people combining to share what they grow on small plots. The Lees have 12 family members who work together, including aunts, uncles, and cousins. Tou didn’t plan on becoming a farmer, but about 15 years ago, Chue decided to start growing flowers to sell, and she and Tou eventually joined other relatives who were also growing and selling. In the North Carolina Hmong community, many women grow produce because they can’t find the food they’d grown up eating. They share seeds with each other to get things like skinny eggplants, daikon radishes, fresh ginger — and rice. 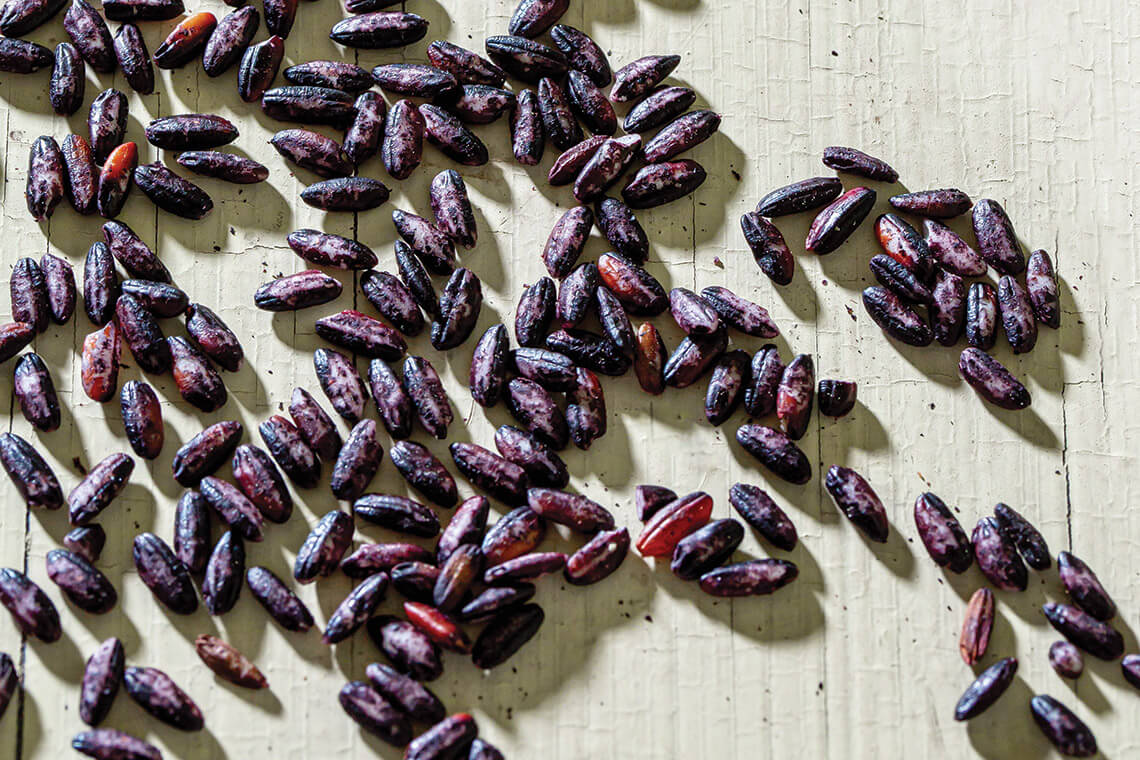 On Tou and Chue’s farm, you’ll find the Lee’s four strains of rice, including the one they call “blood rice”. photograph by Tim Robison

Hmong rice is planted and harvested by hand, often with no machinery at all. Some people still hull it using a log that’s controlled by a foot pedal — basically a big, hammer-like mortar and pestle. While many Hmong sell their produce on a small scale, the Lees decided to do things differently. They set up Lee’s One Fortune Farm as a business and as a showcase to highlight their community. They sell their fresh produce at farmers markets around the Asheville area through the Appalachian Sustainable Agriculture Project (ASAP) and directly to chefs like William Dissen of The Market Place in Asheville and Haymaker in Charlotte, and Andrea Reusing of Lantern in Chapel Hill.

To meet demand, the Lees have modernized. Instead of the old log pounders, they use rice-peeling machines from Japan. Each one is about the size of a microwave and has a centrifuge to knock the hulls off the rice grains. Through a Golden LEAF Foundation grant, they also got a mini combine harvester. They grow four kinds of rice: One is a nonsticky rice, similar to basmati, and the other three are sticky rices, including an unusual purple rice — its name translates to “blood rice,” Tou says, because everything you cook with it turns purple as well.

How much rice can Hmong families produce? Tou estimates that there are about 40 families growing rice near his own family’s land, each group working two to three acres of about 80 to 100 total. Each acre produces 850 to 1,200 pounds a year, or a total of about 100,000 pounds. It sounds like a lot, but in the rice world, that’s relatively minuscule.

The Lees don’t take preorders because they don’t know how much they’ll have until the fall harvest is over — and their whole crop could be gone before they put the first plant in the ground. Meeting the demand while reserving enough for their own use can be a balancing act. “One year, my wife and I didn’t have enough for us [for New Year’s] because we had already promised it to other people,” Tou says. “We had to go and beg from my aunt and uncle. They fussed — ‘You’re supposed to save something for yourself!’”

Tou and Chue Lee’s One Fortune Farm can be found on Facebook, through the ASAP’s Local Food Guide at appalachiangrown.org, or by calling the farm at (828) 803-1581.