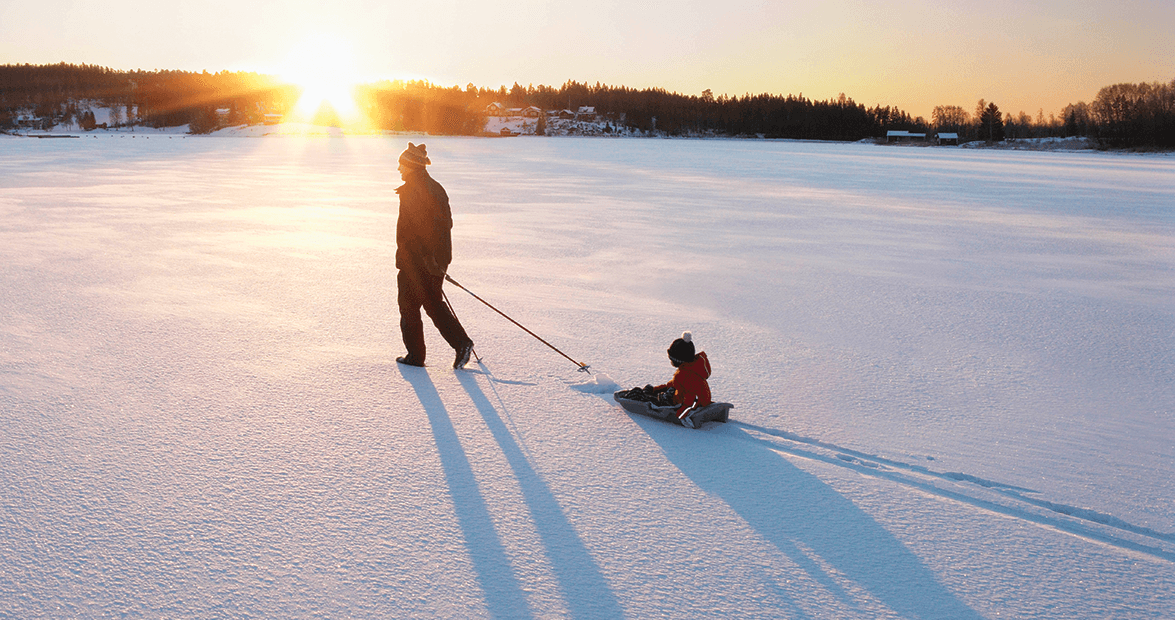 Grandpa Casey was a mountain man, out of place by the sea when he came to live with us for that one late season of his life. The sea was too flat and big and indeterminate, he complained. He even used that word, “indeterminate,” in his lucid moments, which came and went.

He’d finished a semester at a teacher’s college before being drafted, and after two years fighting across France and Germany, he returned home to the pulp mill. By then he had his widowed mother and two younger brothers to support, and there would be no G.I. Bill for him. There he stayed for 37 years.

Grandpa Casey was a compact man, wiry and strong like my father, but now, in old age, he had shrunk and lost his muscle tone. I was just turning 12 — old enough to know better, as my father liked to say — and when we shook hands, I could feel the slack weakness in his grip.

He’d lived all his life in the low ground between high places, and he knew what it meant to live in the hollow shadows. Here on this island beach, the gray water lapping the sand a bare hundred yards from our front door, the wind scouring the sandy flats in all weathers, he felt naked, exposed, the tallest upright thing around, and it must have scared him — 84 years old, staring down the barrel of eternity, far from his homeplace and all that was familiar — to come live with a son he only half understood and a family he’d rarely seen.

He arrived with a single suitcase one day late in the fall, limping on a leg injured in a skidder accident long ago.

The rest of his “traps,” as he called them, were boxed and bundled in the back of my father’s pickup truck. I helped unload everything into the little barn at the back end of our driveway — his old Army footlocker, boxes full of papers, a carton of winter clothes (might as well throw them away, my father said, since it never got that cold where we lived), and the last item, a Flexible Flyer sled.

Grandpa Casey had owned that sled since he was a kid. The sled had sat untouched for decades in his shed in the mountains outside Asheville, and now we tucked it up into the rafters of our little barn.

The logo — the eagle clutching a sheaf of arrows on a red, white, and blue American seal, the faded red ribbon spooling out from his talons on either side, bearing the words “Flexible Flyer” — was worn from use. The runners were rusty and the wood had cured to a dark amber.

After we’d shoved the sled into place, my father said, “Why he keeps that old thing, I don’t know.” My father was a real estate agent and a practical man. “Well, maybe an antiques shop will buy it someday.”

Things went along right enough for a while. Grandpa Casey was not a sweet man — he was cranky and prone to complaint. “You got to time a soft-boiled egg just right,” he would say to my mother, “or else you get a rubber ball like this.” And he would shove away his plate and slurp his black coffee.

But I didn’t mind him. I used to sit with him in the back den, where he bunked, watching old black-and-white Westerns after school. He loved Jimmy Stewart and Gregory Peck. He didn’t say much, though sometimes he murmured things I couldn’t understand. Other times he’d wander around the house, pop-eyed with confusion, looking for something he couldn’t remember losing, finally sitting back down in his overstuffed chair with a heavy sigh, muttering nonsense, and I could tell he was arguing with himself, but I didn’t know about what.

My father took me aside one day and said, “Take it easy on the old fellow — he’s not quite right anymore.”

And it was true enough: Grandpa Casey would stare out the window, bewildered. “Got to get to the mill,” he would say. Or, “What have they done with the mountain yonder?” And my father would steer him back to the den.

Grandpa Casey would slip off to bed early, but often he would wake in the night, haunted by his dreams, and wander around the house in his old flannel pajamas. Sometimes I’d hear the TV go on or plates rattling in the kitchen, and those times I’d get up myself and go make him a pot of coffee, and we would sit outside on the porch swing facing the ocean, not talking, a blanket across our laps against the rising chill.

From time to time, Billy Westmoreland would come to take my sister, Julie, on a date. She was five years older than I was and would start college in the fall.

Billy was a couple of years ahead, and already had a job at the bank. Julie had dated him since high school. She was nuts for the guy, and I liked him well enough — he was tall, and some called him handsome, though his blond hair was already receding. He didn’t have much of a sense of humor, just a head for business, and he promised her the good life.

Grandpa Casey met him once, as he lingered on the porch saying good night to Julie, and I was just inside. They shook hands, and after Billy got into his car, Julie asked, “So, do you like him?”

Grandpa Casey cocked his head and said, with mild wonderment, “He’s all right, if that’s all you want.” Then he limped inside.

Julie stood for a moment, her hand to her mouth, and her eyes lit with something I didn’t know what to call then.

Fall passed into winter, and the porch grew too cold for sitting out.

And then, the day before Christmas Eve, the snow came. A freak storm. It had never snowed like that in the memory of anyone we knew, almost two feet in five hours, the snow drifting into mounds across our driveway, burying the shore road, coating the beach, and leaving a kind of white-silver wrack line just ahead of the water — which was gelid and slick, the waves all flattened down.

I knew that feeling, all right: holding your breath, waiting for the next thing to happen, as if the weight of the world were suspended high above you, and for a little while — who could say for how long? — someone else was taking the weight, leaving you free and light in the safety of childhood.

That was the night Billy Westmoreland proposed to Julie. They were sitting on the sofa in the living room. I was in the back den with Grandpa Casey. The boy actually got down on one knee and offered a ring in a velvet box.

I could see them through the slant of the half-open door. Julie sobbed quick and raised her hand in front of her mouth, slowly shaking her head.

Billy was on his feet, his face flushed. “Well,” he said, rocking on his heels and flinging a loose arm toward the door, “You just go on then, Miss High Hat.”

But it was our house, not his, and after a stuck, stumbly moment, he slouched toward the door and out into the cold night.

And from the den, Grandpa Casey muttered, “As soon go kindle a fire with snow as seek to quench the fire of love with words.” And yet, he had.

The snow kept falling and the family went to bed, Julie and I upstairs, where I could hear her sobbing through the wall.

I lay awake, tossing, and heard Grandpa Casey stumbling around downstairs. He stood in the living room, the front door wide open, the snow blowing in on the sharp wind. The stars were out, and the moon was glowing like a big lightbulb behind the snow.

He was murmuring and pointing and I knew well enough what he was seeing. “Mommy,” he was saying in a small voice, “look at the snow on the mountain.”

Sometimes in life, you just do a thing because it’s there for you to do. That night, I pulled on my rubber fishing boots and an old baseball jacket and trudged out to the little barn, fished his overcoat and gloves and cloth toboggan cap out of the storage carton, and drew the little sled down off its rafters. I bundled up Grandpa Casey, and in a flash we were outside in the middle of winter.

I looked back once over my shoulder, and there was Julie, watching from her upstairs window.

Without me saying a word, Grandpa Casey positioned himself carefully on the sled, feet pressed onto the steering bars, hands gripping the wooden side rails. I tugged the rope, and the sled moved with a kind of hushed zipping noise along the shore road.

After a few minutes, Grandpa Casey clapped his gloved hands, and I turned at the popping sound. He shouted, “If you’re just going to pull me, what the hell fun is that? I want to go whee!”

So I found a dune powdered with snow, a lump of beach iced as slick as a big cinnamon bun. I hauled him up and shoved him off, and down he slid, each time crying, “Whee!” like a little kid. He was laughing and shrieking and so was I, and I even pelted him with snowballs a couple of times. The sea was down and quiet, and the moon glossed the landscape shiny white, and we were out there a long time. And then something warned me that we better go in.

When we got back to the house, my father was waiting at the open door, wearing his brown bathrobe. “You’re old enough to know better!” he said angrily. “He could have caught his death out there.” And my mother held his arm like you might to try to gentle a Banks pony.

But Grandpa Casey didn’t die, not for seven more months. That night, his face glowed red from the cold and the excitement. He stripped off the overcoat and muffler and the old toboggan and gloves and let them all trail to the floor in a heap.

He said dreamily, “We were flying through the light,” and retired to the back den, where he slept for almost 12 hours and woke up fresh and clear-eyed and babbling Shakespeare and hungry for flapjacks.

By April, the wind turned southerly and sweet, and, slapping along the warm sand in your bare feet, it was hard to remember that only a couple of months before, that same beach had been glazed with new-fallen snow, glittering under the moonlight.

And I, looking back over my shoulder toward the house, saw Julie watching us, standing at her window, only her face visible between the dark curtains, moonstruck, luminous with love and grief.