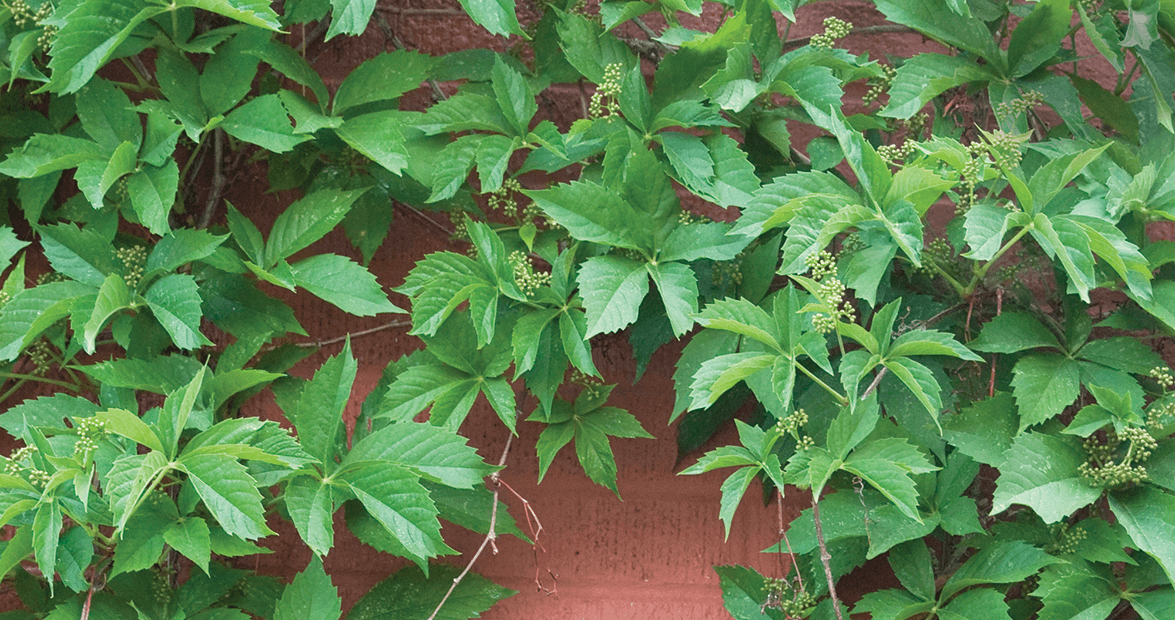 People are scared of Virginia creeper. Its name doesn’t help its cause. But most people stay away from this native plant because it resembles poison ivy.

Both vines have green, ovate leaves with notches on their sides. And both take advantage of trees and other objects to attach themselves and climb. The main difference between them is that Virginia creeper, Parthenocissus quinquefolia, has five leaves, and poison ivy only has three. Parents often teach children the old rhyme, “Leaves of three, let it be,” to help them avoid poison ivy’s itchy aftermath.

But Virginia creeper is harmless. Unless you mistake the poisonous, bluish berries as edible fruit, it’s a fine plant to have. It shows up along the edges of yards across the state overtaking old rock piles or unsightly well pumps. Because it grows rapidly and spreads as wide as 50 feet, it’s a popular choice to cover things up.

But don’t plant it unless you’re certain of where you want it.

“It’s not good on buildings,” says Mark Rose, a lifelong horticulturist and former chairman of the N.C. Plant Conservation Board. “It can penetrate mortar and wood and disintegrate it.”

As Virginia creeper grows, its vines produce tendrils with adhesive tips on the ends, like suction cups. Once those tendrils latch on, there’s no turning loose. But that establishment can be positive. If controlled, Rose says, Virginia creeper makes a nice ground cover or addition to a trellis, and prevents soil erosion if allowed to sprawl. It does require occasional pruning, though, so before you grab hold, be sure to count to five.

The old Virginia-Carolina Railroad that ran from Abingdon, Virginia, to Todd was nicknamed the Virginia Creeper. The railroad is responsible for creating the town of West Jefferson when it built a depot two miles southwest of Jefferson. The Virginia Creeper carried freight through the mountains from 1915 until 1977.