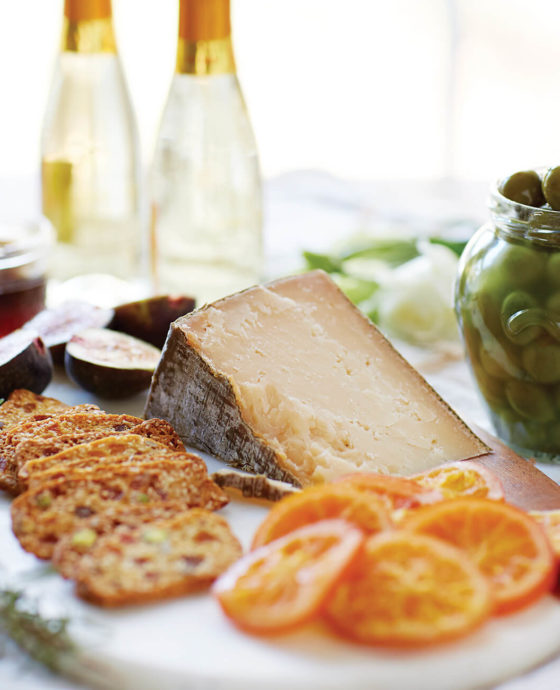 Bobby Bradds steps into an aging room at Goat Lady Dairy and picks up a hunk of Providence cheese. Its craggy rind has been described as “stone-like,” but, sitting on the shelves in the aging room, it looks more like blocks of cement. In Bobby’s hand, the cheese glistens from a freshly applied coat of oil, revealing streaks of silver, charcoal, and caramel, and emits a mushroom scent. If you cut into one of the bricks after it’s properly aged, you’ll have a firm, cream-colored treat with a sharp, nutty flavor — a bit like Manchego, but earthier. 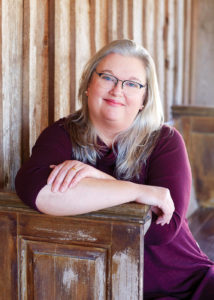 Bobby, who runs Goat Lady Dairy with his wife, Carrie, sets a slice with a bit of rind around the edge on a table. “I like to cut it down the center and then cut little slivers that go from the center to the edge so you can taste the whole thing,” he says. “I’ve got some people who throw the rind away and some people who will fight you for the rind. They just love it. Me, personally? I love it all.”

The Braddses have been at the dairy almost since it opened in 1995, working alongside Ginnie Tate, the original Goat Lady. A transplanted Midwesterner, she moved to North Carolina in the late 1970s and worked as a nursing administrator at Moses Cone Hospital in Greensboro. But in the mid-1980s, she was looking to get away from the hustle and bustle of the city and return to the life she had known growing up on a farm in central Illinois. As Bobby describes it, she would drive the back roads of Randolph County with two Nubian goats in the front seat of her pickup truck, looking for just the right property. What she found in 1984 was a 40-acre plot that had once been a tobacco farm. She bought the land, which sprawls along a winding, tree-shrouded, two-lane road among other family farms near the community of Gray’s Chapel just south of Climax. In the early ’90s, her brother, Steve, and her sister-in-law, Lee, bought neighboring property, and the three began Goat Lady Dairy together. 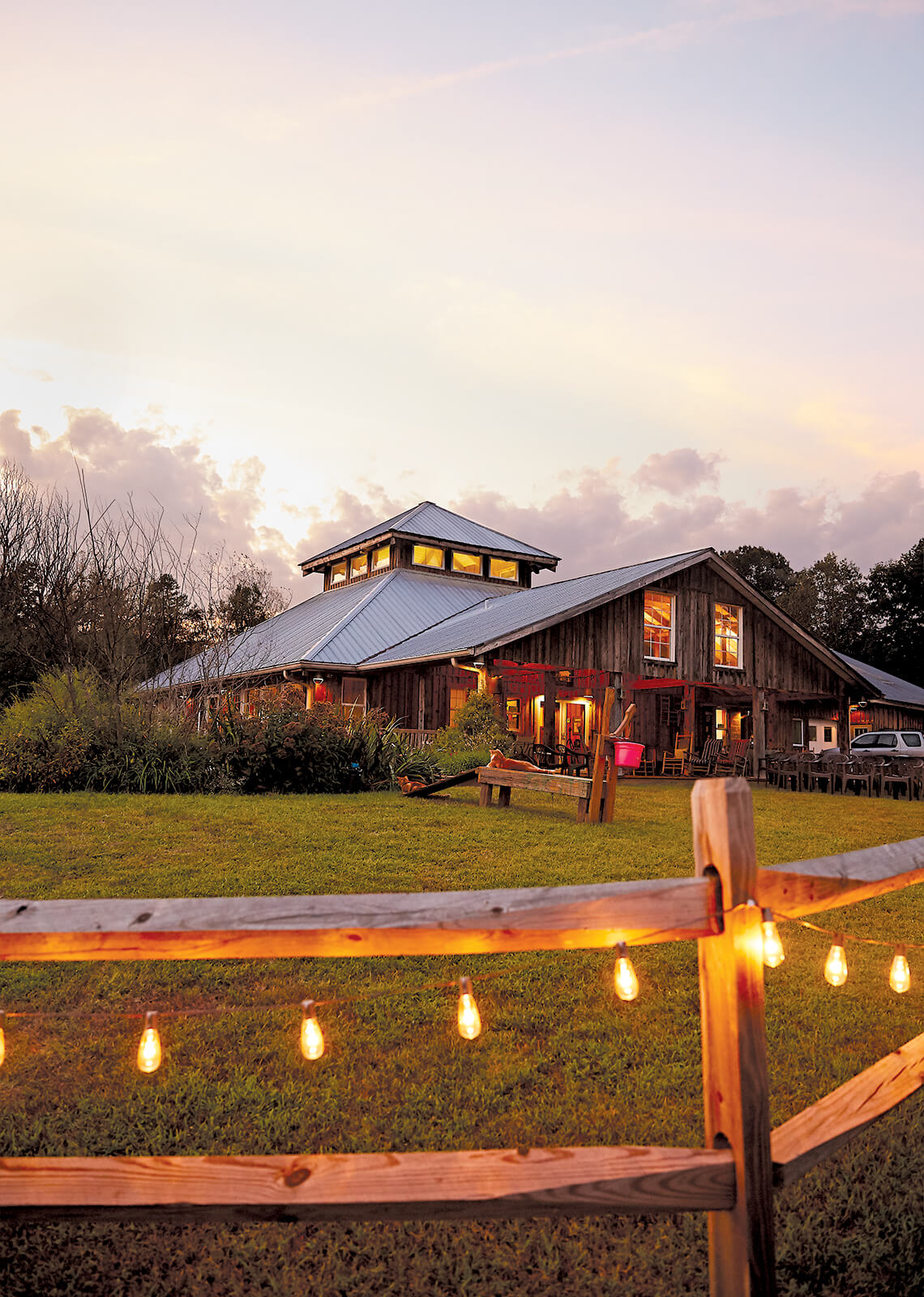 Goat Lady’s monthly dinners, which feature its cheeses along with locally raised meats and produce, are on hold now. But people still make excuses to drop by for a relaxing visit. photograph by Stacy Van Berkel

Early on, some neighbors couldn’t remember Ginnie’s name, so they referred to her as “the goat lady,” which seemed a sensible name for the dairy once the family got it up and running. Bobby was hired in 1995 and helped construct the main cheesemaking facility; Carrie started as a dishwasher and began working in the cheese room the following year. In 2009, Ginnie died from complications of Lou Gehrig’s disease. Steve and Lee continued operating the dairy, and the Braddses, who had mastered the art of cheesemaking over the years, bought it in 2017.

Goat Lady’s Providence cheese came about as a result of what Carrie calls a “happy accident.” The dairy’s artisans had been trying to make something similar in style to Taleggio, a semisoft Italian cheese with a sticky rind. “But we didn’t have the correct humidity for that cheese,” Carrie says. “Back then, we didn’t have the aging rooms, where we can control all the parameters. We were just aging it in refrigerators.” One batch didn’t turn out like they wanted it to. “The rind was dry, and Taleggio-style is supposed to be wet,” she says. “If it’s not wet, the inside dries out. But we tasted it anyway, and it was really good.” That was about 15 years ago. Since then, Goat Lady’s Providence cheese has been a winner among customers and judges alike. 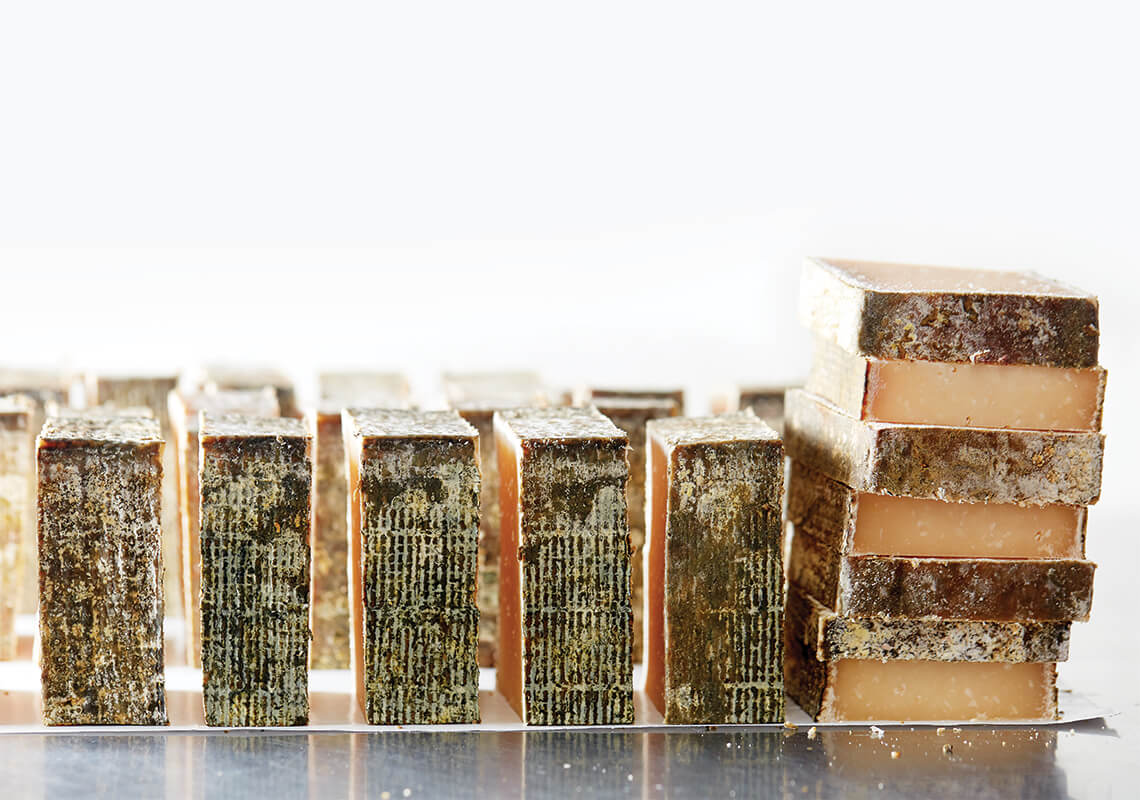 Goat Lady wasn’t looking to create a hard cheese when Providence came about as the result of a fortuitous mistake. Now, it’s one of the dairy’s most popular items. photograph by Stacy Van Berkel

The Providence-making season runs from about March through September. “After mid-September, the goats are getting ready to be bred,” Bobby says. “Their bodies are changing, and the milk is changing. If you try to make Providence out of too fatty a milk, it’ll fail.”

At the beginning of the process, the aging rooms are sprayed with a solution containing cheese cultures to aid with maturation. The dairy produces several batches of Providence a week, molding them into square blocks weighing about five to seven pounds each. After they’re brined, the blocks are put into the aging room, where they’re flipped over every week. “If you leave it sitting still, all the moisture just goes to the bottom,” Bobby says. “When you turn it, that allows the moisture to come back through it. Also, if you left it on one side all the time, it would pancake.”

At first, the cheese will have some green spots, and then, gradually, it develops a brownish-gray rind. At about three to four weeks, the dairy’s crew will brush the blocks with oil, which preserves the rind’s color and serves as a sort of sealant. Providence ages from six months to a year. The blocks are then cut into third-pound and half-pound chunks for retail. Providence pairs well with olives and cured meats, but Carrie and Bobby also like to use it in mac ’n’ cheese.

Lately, the Braddses have been doing good business online. Many people choose to do pickup orders, where they simply drive up and retrieve their cheeses from a refrigerator outside. The dairy hasn’t been hosting events during the pandemic, but visitors still look for excuses to drop by. “People love the setting,” Bobby says, stepping outside the building and looking toward the main house, a two-story structure painted blue, with a pair of rocking chairs on the porch. At the side of the house is a garden with a playground for the couple’s grandkids. The land slopes down to a wooded area, and a fine mist settles over the dairy in the mornings, with flashes of orange and red leaves peeking through in the fall and colorful flowers in the spring. It’s a vista that many a visitor has taken in while sitting on the porch, nibbling a slice of Goat Lady cheese.