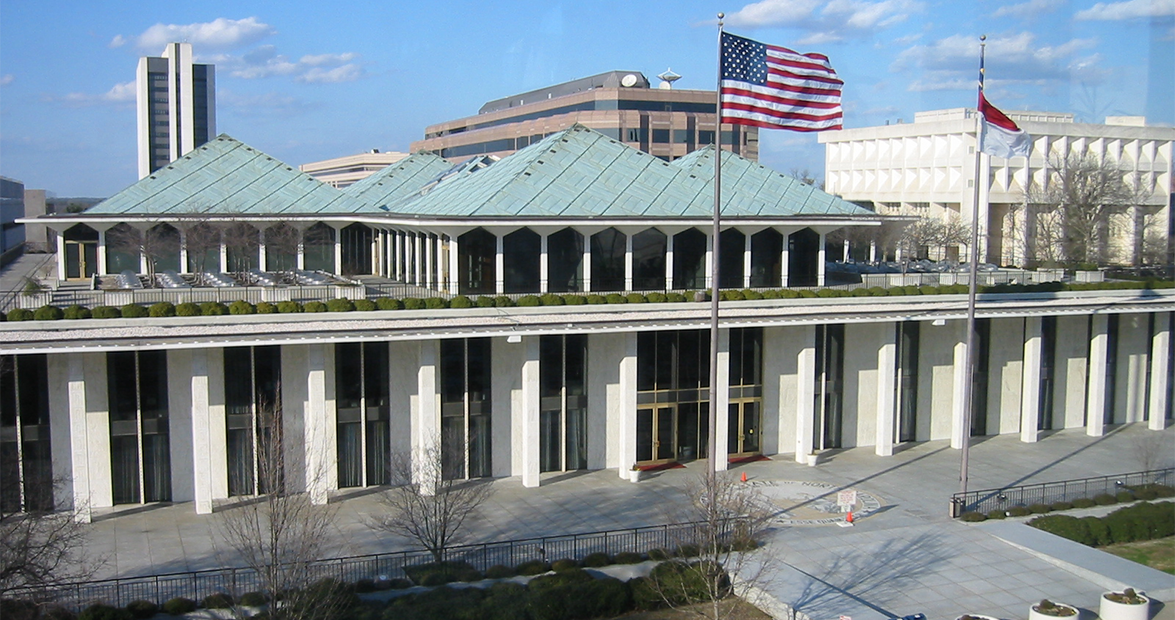 This story was adapted into an episode of Away Message, an Our State podcast about hard-to-find places, lost artifacts, overlooked people, and forgotten stories. Listen to the episode below, or subscribe on Apple Podcasts, Spotify, Google Play, or wherever you get your podcasts.

When the General Assembly voted to make the Fraser fir the official Christmas tree of North Carolina, one senator – one! – Republican Richard Stevens of Wake County, voted no. I came across this unexpected little nugget of information while researching a story for the December issue of Our State. The vote happened a decade ago, in 2005. Of course, my immediate reaction was to pick up the phone, call Stevens and demand answers. First: What kind of person votes against a Fraser fir, sir? His vote seemed suspiciously anti-coniferous to me.

This seemed silly to Stevens, who then made it his mission to vote no on any seemingly harmless naming of state symbols. The Venus flytrap? No. An official state herring festival? No. The Southern Appalachian brook trout? No. There was one exception. Stevens said a colleague pleaded with him to help out on one symbol. Stevens agreed to not vote no. But instead of voting yes, he simply chose the moment when the bill came up for a vote to walk out of the chamber to use the bathroom.

Colleagues would kid him. Later on, a few, like Tom Apodaca (R-Buncombe, Henderson, Transylvania) and Dan Blue (D-Wake), would join him. And in 2011 – apparently this is how state senators troll each other – Democratic state senator (now Charlotte mayor) Dan Clodfelter actually introduced a bill naming Richard Stevens as an official state symbol. I thought this was preposterous. But then I looked it up:

Whereas, during his years of public service, Richard Stevens has distinguished himself by his principled and consistent opposition to the proliferation of official State symbols, festivals, and commemorative events … Richard Stevens of Wake County is adopted as the official senator for Senate District 17 of the State of North Carolina.

(Not to get all wonky here, but this one was double-doomed. House rules prohibit the legislature from honoring any living person. Hence, it took some parliamentary trickery to honor Billy Graham as North Carolina’s Favorite Son, which finally passed on the fourth try because it was tucked into a resolution honoring Graham’s late wife Ruth. It even gets complicated when lawmakers want to honor, say, championship-winning college basketball teams. A March 2015 resolution honoring Coach Mike Krzyzewski’s 1,000th win died in committee without getting a vote. But a resolution purportedly honoring the institution of Duke University’s men’s basketball team, one that just happened to win the national championship in 2015? That one was okay.)

The bill naming Stevens a state symbol was to have taken effect 15 days after North Carolina’s official Irish potato festival. Alas, it was referred to the rules committee, where it died an inconspicuous, hilarious death. It never came up for a vote, but if it had, Stevens says he knew exactly what to do: “I would have voted against it.”